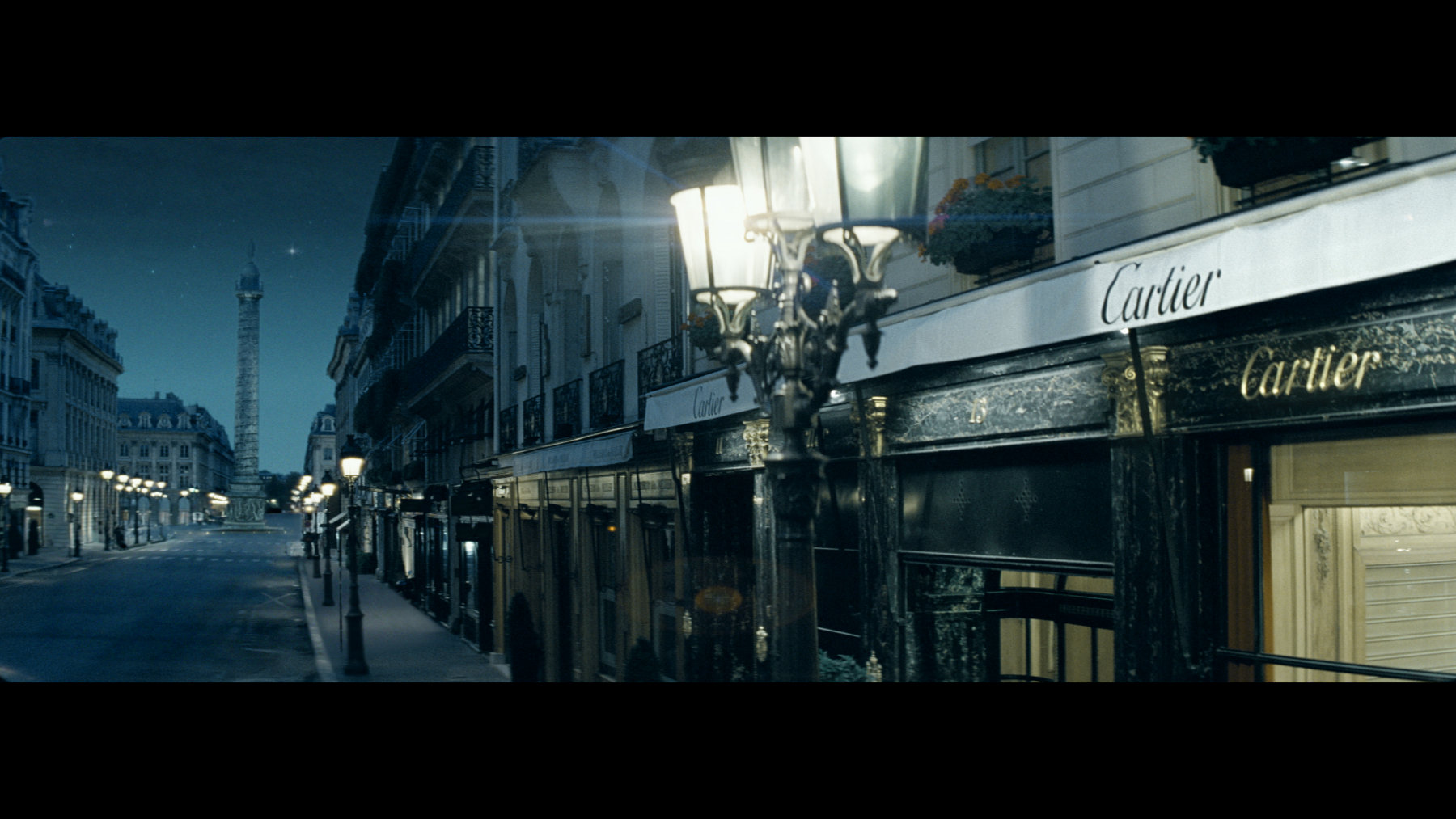 For the first time ever, Cartier sought to express its spirit in musical form. The original score was punctuated with a theme in three-quarter time, a cheerful waltz that begs to be played over and over, adapting to the time and space, in major and minor keys, brought to life by the piano or the cello…
The score was composed and arranged by renowned arranger and orchestrator Pierre Adenot, whose previous work provides the soundtrack to the films True Enough (Sam Karmann) and Paris Je T’Aime (O. Assayas, E. and J. Coen, B. Podalydès, W. Salles, A. Payne, R. Lagravenese, W. Craven, et al.).
The original Cartier theme was recorded in London’s Abbey Road studios, where the scores of Harry Potter, Star Wars and Lord of the Rings were also recorded.
Mr Adenot conducted an 84-piece orchestra comprising string, percussion and wind sections, harp and piano.
The score also featured a chorus of 60 female and child voices.

The heroine: the Panther 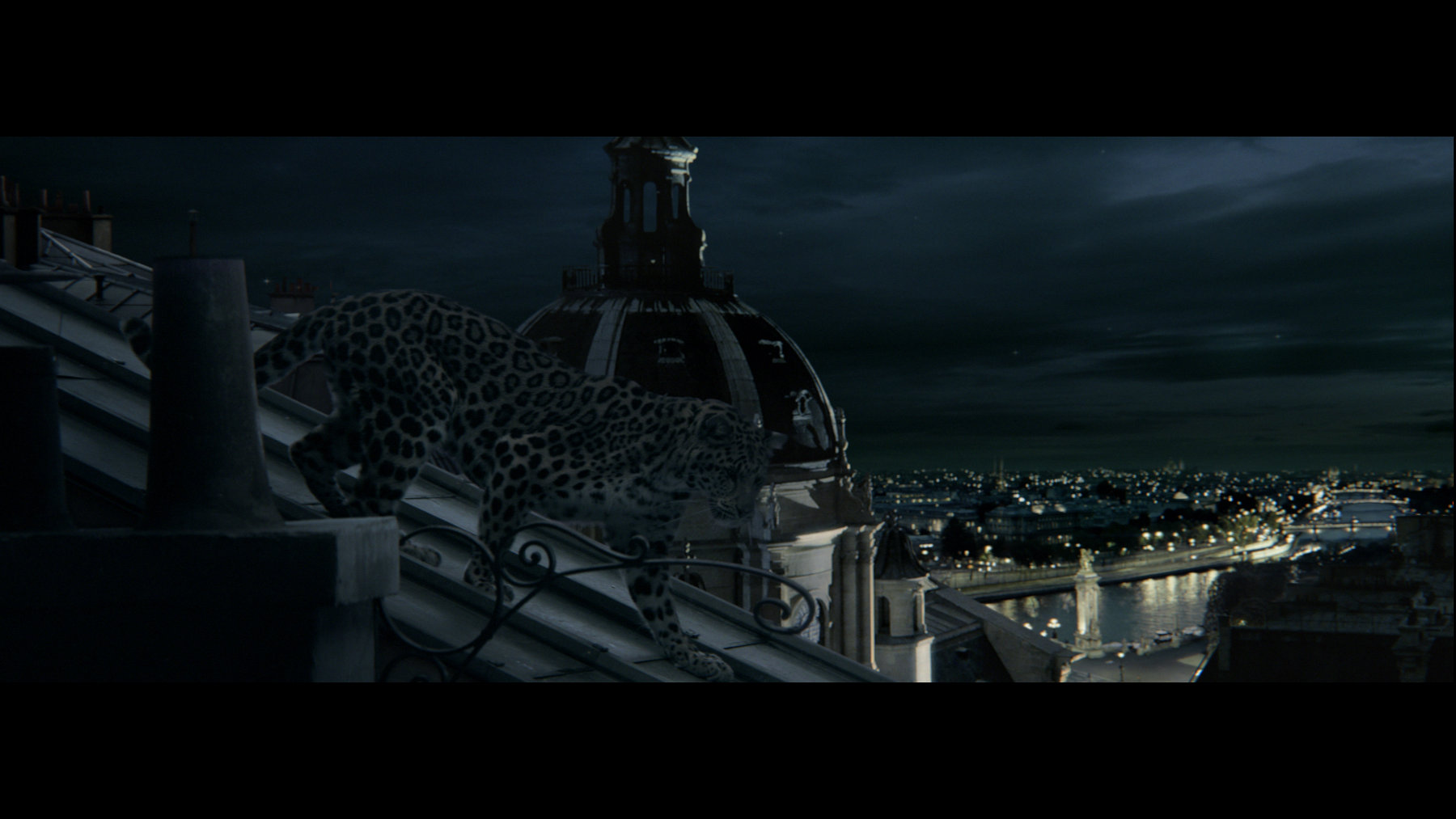 The Panther stands as the undeniable heroine of this extraordinary epic. She has been the emblem of Cartier‘s jewelry-making expertise ever since she was promoted to the role in the 1930s by the free-spirited Jeanne Toussaint.
As a glittering personality on the Paris scene and the most gifted woman ever to act as Artistic Director for the House of Cartier, Miss Toussaint’s unerring eye, incisive style and wonderful elegance left their mark on the House’s style.
Favoring modest shapes, opulent palettes, and original wear, Miss Toussaint – herself known as “La Panthère” – updated jewelry to cater to the tastes of the Café Society. Panther pieces were adored by elegant ladies of the day, from the Duchess of Windsor to Barbara Hutton and Nina Dyer, Daisy Fellows, and Maria Felix. Even today, the Panther pieces remain the most prized collections, representing rare, precious symbols of exceptional skill and craftsmanship.
The Panther symbolizes strength and freedom in the film, and is by turns portrayed as threatening, haughty and charming.
She metamorphoses with the era and mood to reflect the spirit of the period she is traversing.
The free-roaming beast follows her instinct, tuned in to the world around her, with a sharp emerald eye ready to pounce and enjoy life to the full…
Since the primary concern was not to disturb the natural rhythms of the animals, the role of the Cartier Panther was alternately played by three young panthers, Cali, Tiga and Damou.
Trainer Thierry Le Portier, who has raised them since their birth in captivity, attentively watched over his charges throughout the shoot.
Safety standards were rigorously observed, and the animals were able to shoot in the studio as well as in Italy and Spain, and on location at the Grand Palais and Place Vendôme in Paris.
In a cinematic rarity, the film ends with the Panther sharing the same room as international model Shalom Harlow.
Cali the panther even performed a series of leaps onto an exact replica of the No. 14 biplane that belonged to aviator Santos Dumont, while the actor was all the time seated in the cockpit.

Lady of the mansion 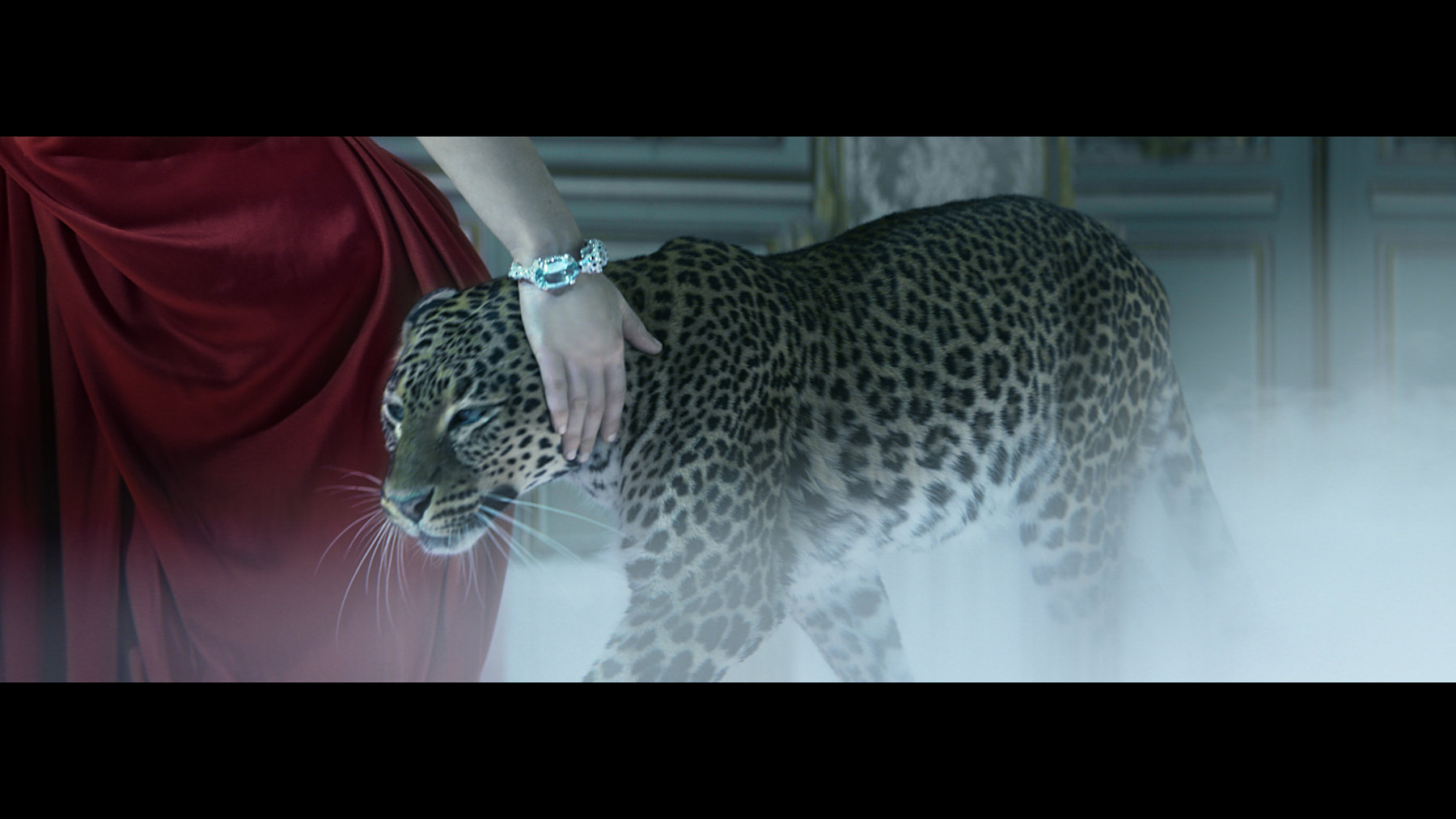 International supermodel Shalom Harlow plays the female lead in the final scene.
Her sensual presence embodies the free, elegant and passionate spirit of the Cartier woman, as inspired by the loyal clients who helped write the story of the House and by Jeanne Toussaint.
Young Chinese stylist Yiqing Yin, a graduate of Ecole Nationale des Arts Décoratifs, specially designed a made-to-measure red dress for the character, featuring a flowing skirt and handmade fitted ruched draped bustier.
Ms Yiqing has been invited to present her work at the forthcoming Paris Haute Couture Fashion Week in January 2012.

International shooting began in Prague in June 2011 to finish in Paris in late September.

The snow scenes were filmed in the Italian Dolomites and the desert scenes in Spain.
Live animals were used for the shoots; in addition to the panthers, an Asian elephant made an appearance in Spain.
Filming took place in three locations in Paris: 13 rue de la Paix (outside by night), Place Vendôme (outside by night, with the Panther), and Grand Palais (inside by night in the stairwell, at dusk in the main building and on the rooftops).

The legendary locations which saw the story of the great Parisian jeweler unfold are beautifully depicted.
Cartier cherishes the symbolic value of rue de la Paix and Place Vendôme.
The power of the Grand Palais to connect lofty dreams to real-life Paris is highly prized by the House.
Perhaps because the madcap plan of its construction was devised in the early 20th century, at the same time as the future of the House was being mapped out by Louis Cartier? Because the venue played host to the world expos adored by the Cartier brothers? Or because the finely-wrought metal serves to embellish the glass canopy, just as the platinum on a Cartier solitaire must allow the diamond to shine? 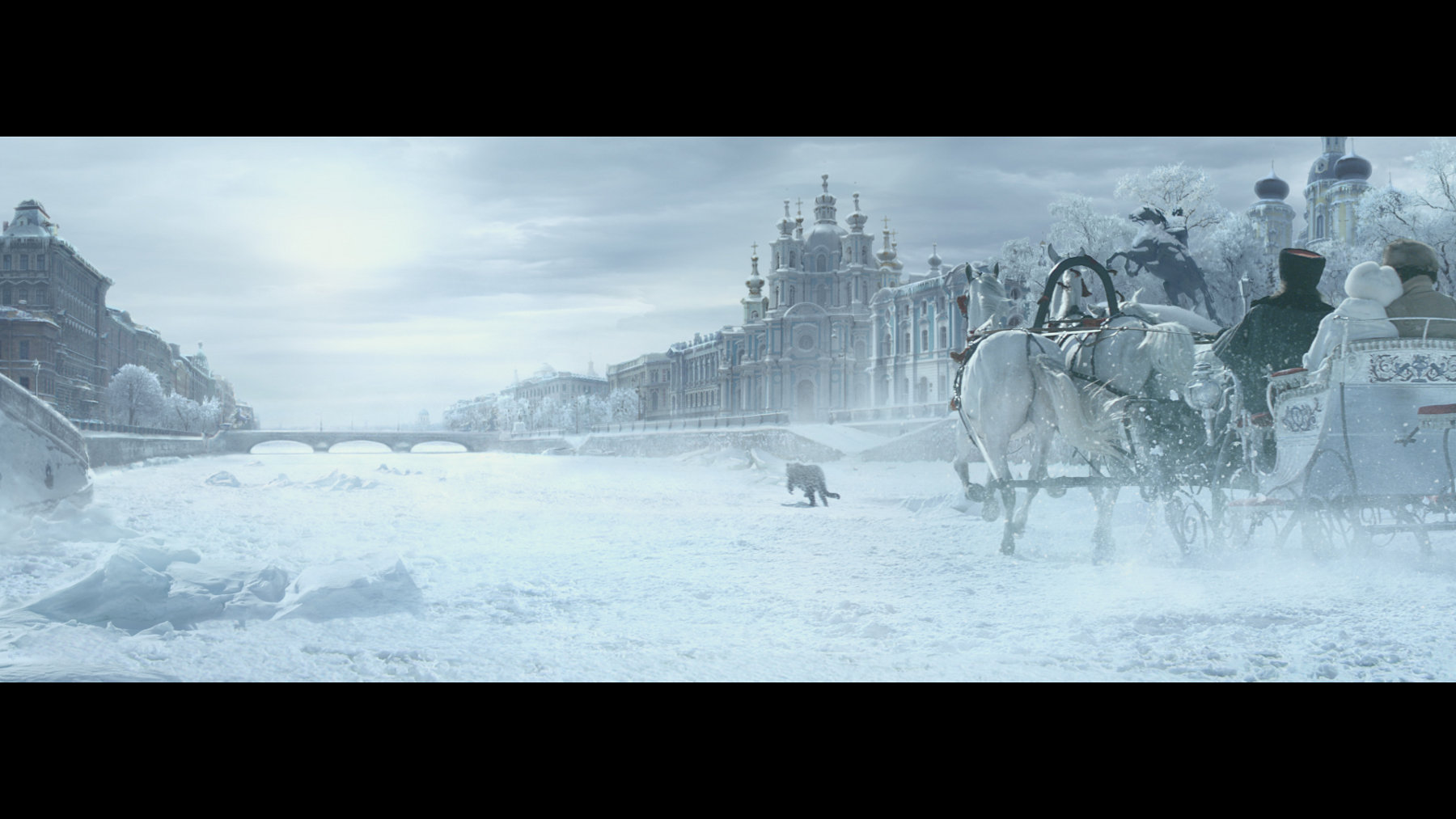 This scene was shot in June in an airfield in the outskirts of Prague. The slope was covered in artificial snow beneath a blazing sun. All architectural features were computer-generated. 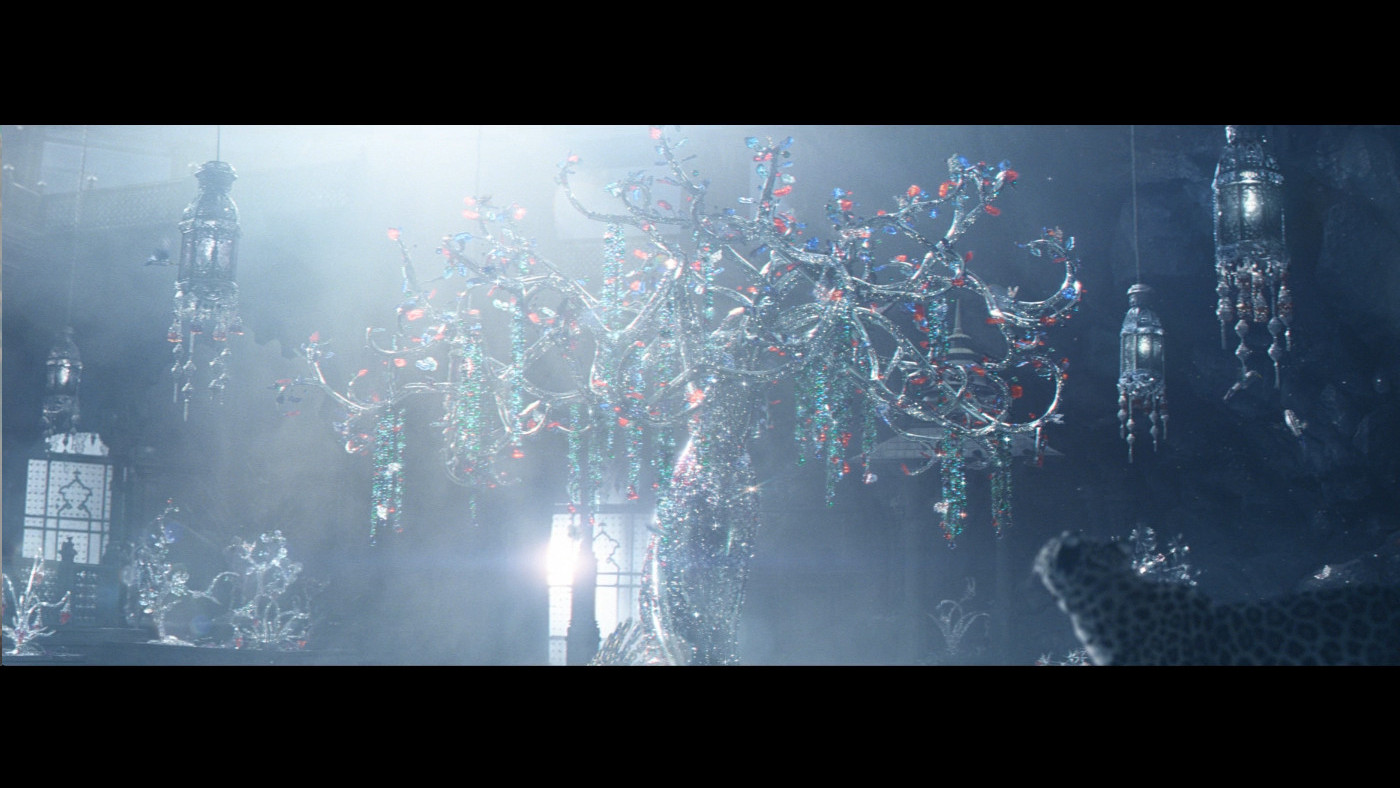 Head Set Designer Franck Bénézech filled the Indian palace interior with a fantastical plant decor, inspired by the cocktail of ruby, emerald and sapphire gems seen in Cartier’s “Tutti Frutti” jewelry. The maharajahs of the early 20th century were particularly fond of these Cartier motifs.
The architecture was also inspired by 16th- and 17th-century Mughal architecture.
The set, reduced to one-fifth scale, was constructed over six weeks by a technical and creative team of sculptors, plasterers, layout designers and painters.
This location serves as a stage to bring to life heirlooms from the Cartier Collection.
Nowadays these pieces are on display in museums the world over.
Note: The peacocks and butterflies were designed in 3D. 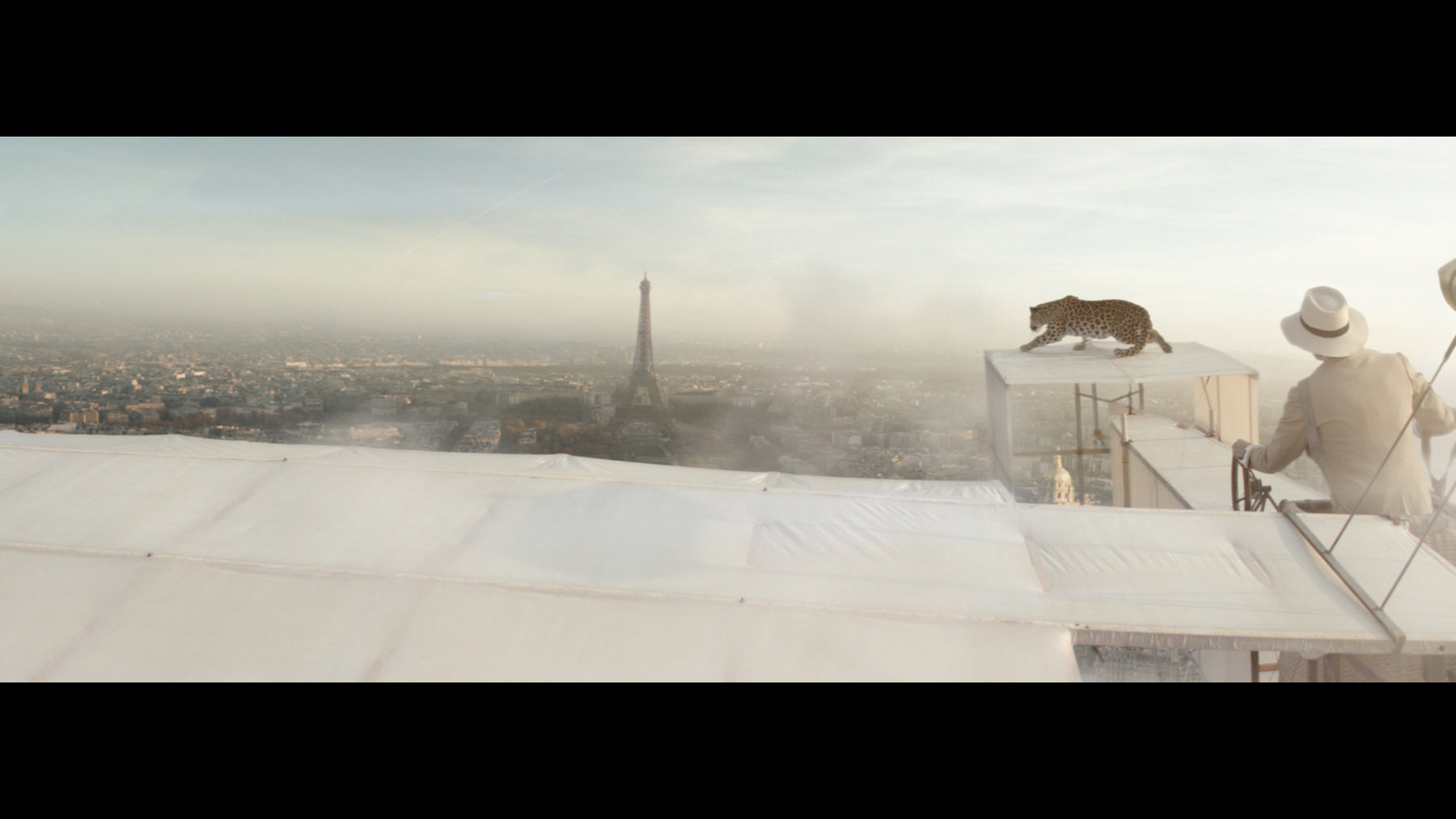 Intent on making the film realistic, Cartier commissioned a near-identical replica of the “14-bis” plane built by Alberto Santos-Dumont in 1906.
A ULM manufacturer was contracted to help build the replica, a model spanning 7m in breadth and 13m in length, using the same materials employed by the aviator at the time. The proud outcome of this challenge was finally seeing the plane fly.
The replica remains one of a kind.