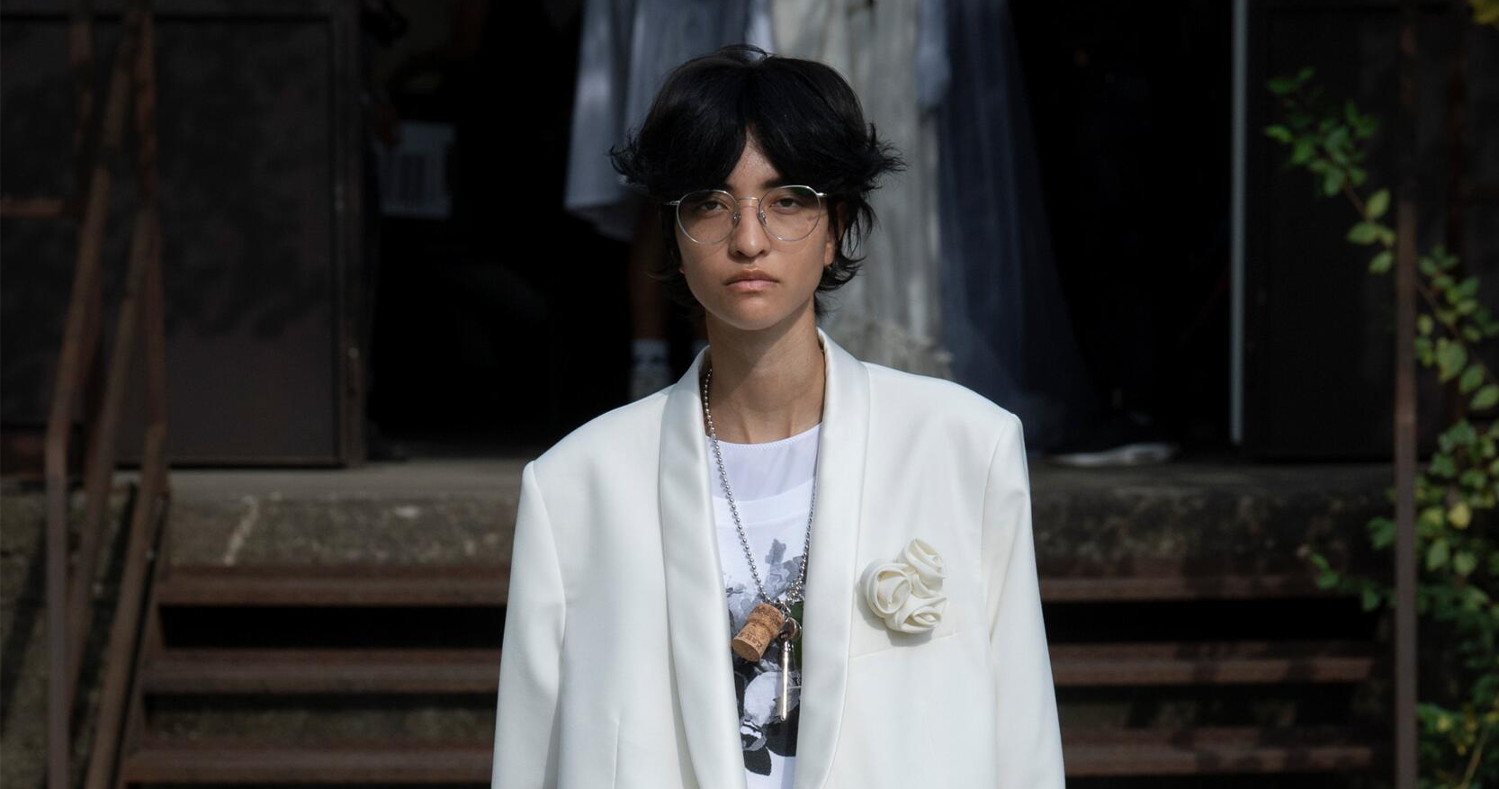 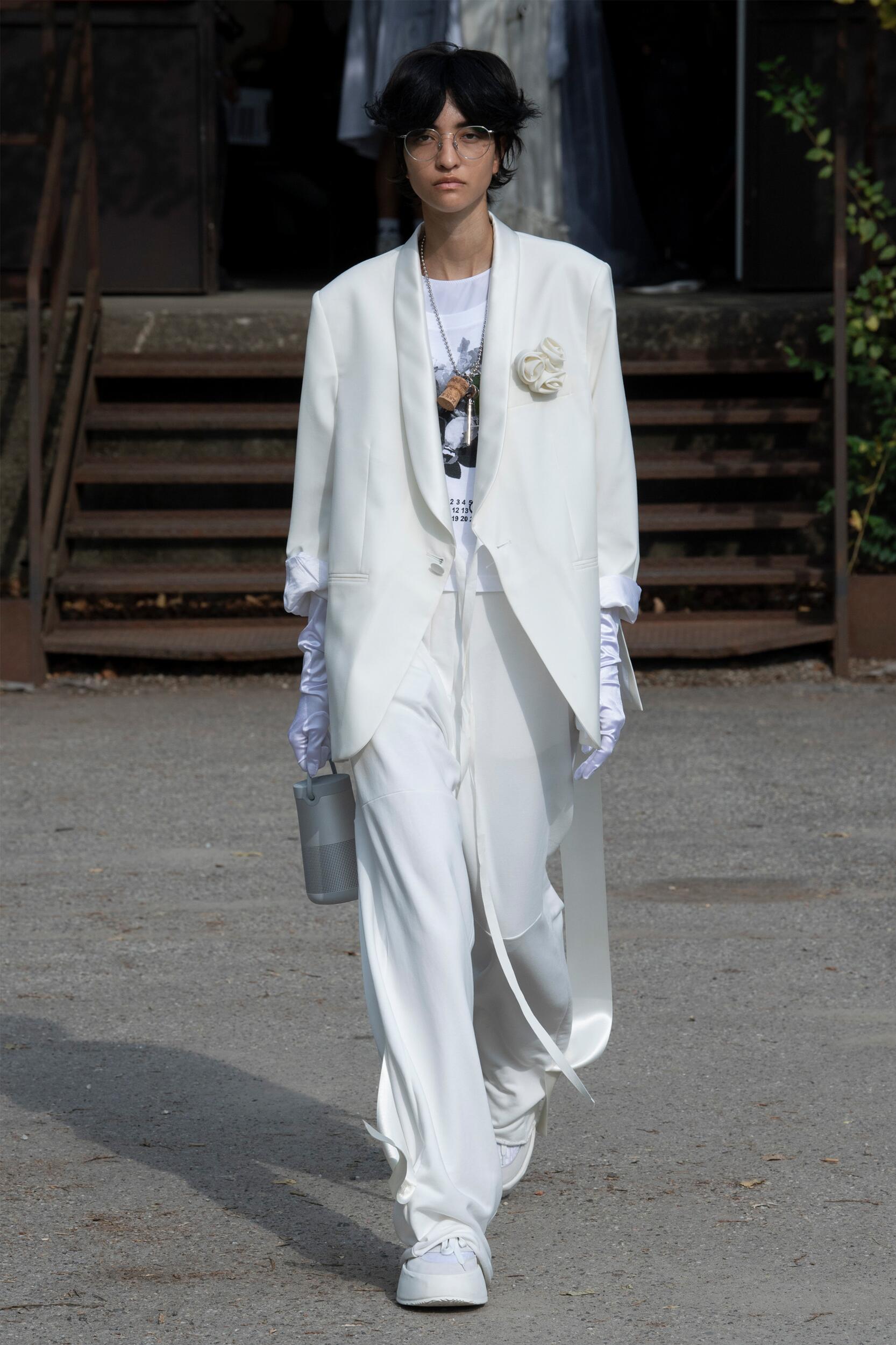 The possibility that multiple identities can exist within a single garment is a concept inherent to the world of MM6. Duality, in particular, provokes us to question origin versus evolution – the idea that our collective consciousness ascribes certain meanings (and even rules) to materials, shapes, and the way we wear them – all of which can be twisted in an instant.

To that effect, the polemic characters of John Lennon and Yoko Ono are the starting point for the MM6 collection for Spring Summer 2020, their 1969 wedding and subsequent ‘bed-in’ for peace a source of global attention – for better or for worse.

Parading in an infinite looping action, a cast of MM6 models populate the Fabbrica Orobia – a former railway station in the south of Milan, stripped to a concrete shell. Marching to the beat of their own drum, they carry individual speakers playing a soundscape of church bells, chirping birds, honking cars, spoken word recitals, rock, and folk music engineered to provoke harmony and dissonance as they pass each other by.

Questioning what is casual and what is ‘dressed-up’, the MM6 wardrobe revels in the in-between space of our expectations, appropriating both British and Japanese traditions (care of the season’s source material). Everything from the tuxedo jacket to the tracksuit pant is re-imagined, removed from its original context to become something else. T-shirts and tutus collide in broken white shades of tulle and jersey, becoming draped and tiered separates, veiled blouses, and cleft-open dresses (worn undone or back-to-front).

Cut in black leather, white satin and tattered blue denim, shawl collar blazers are split up the sides to fall straight or tie across the body, and the ‘blouse blanche’ work coat returns bearing a shadowy bouquet of tulips. Adorning pieces from a circle-cut doily dress to the iconic nude bodysuit, the MM6 logo and numbers device join slogans ‘They Are Two Of A Kind’ and ‘BETTERHALFISM’, evoking the collection’s performative spirit of commitment, celebration, and amical togetherness.

Notions of the ready-made continue to inform the MM6 accessories collection, exemplified by the introduction of the tin can cylinder-heeled boot and sandal, offering a satirical wink to the ‘chivaree’ traditions of a couple’s wedding night. 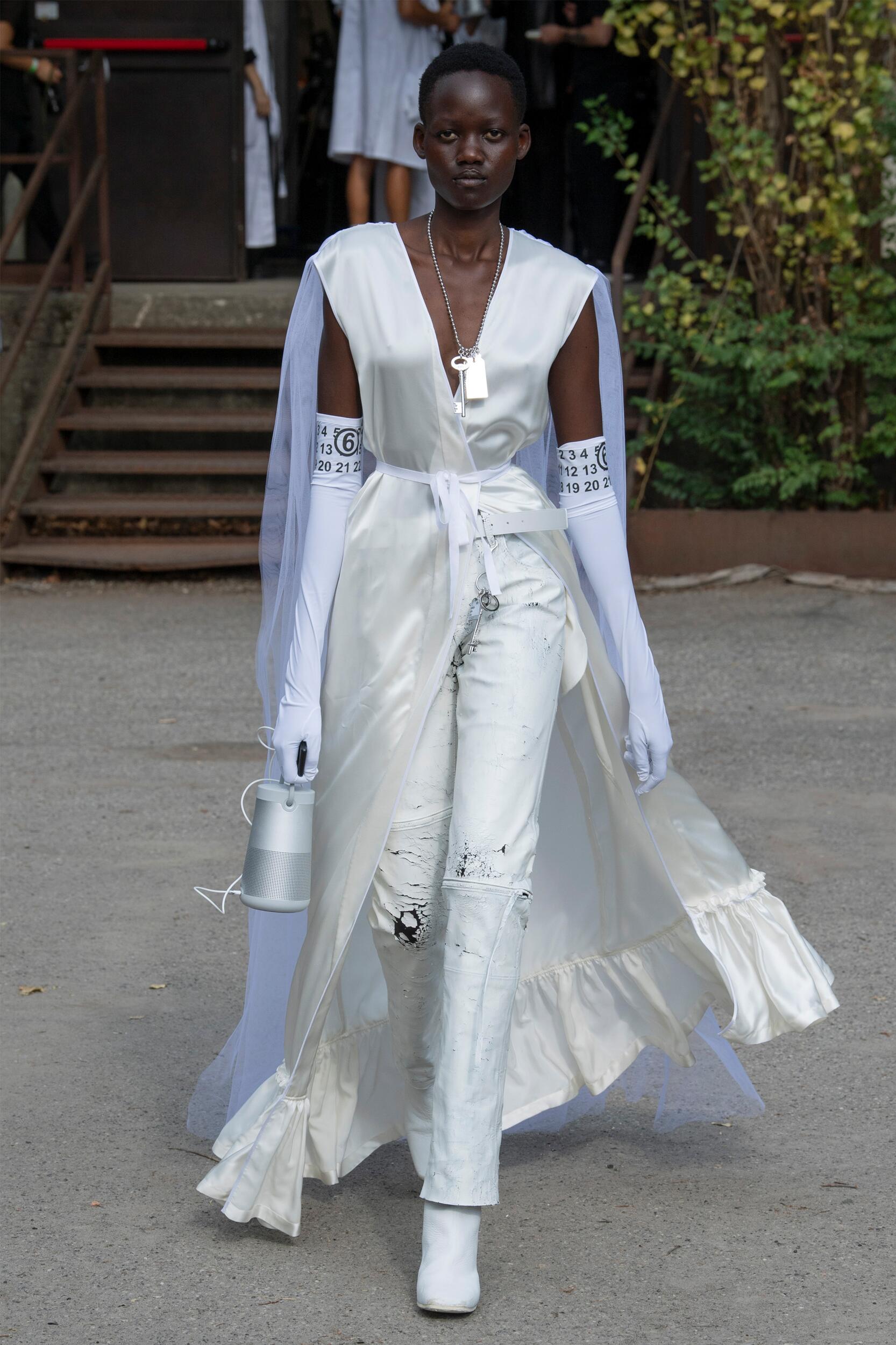 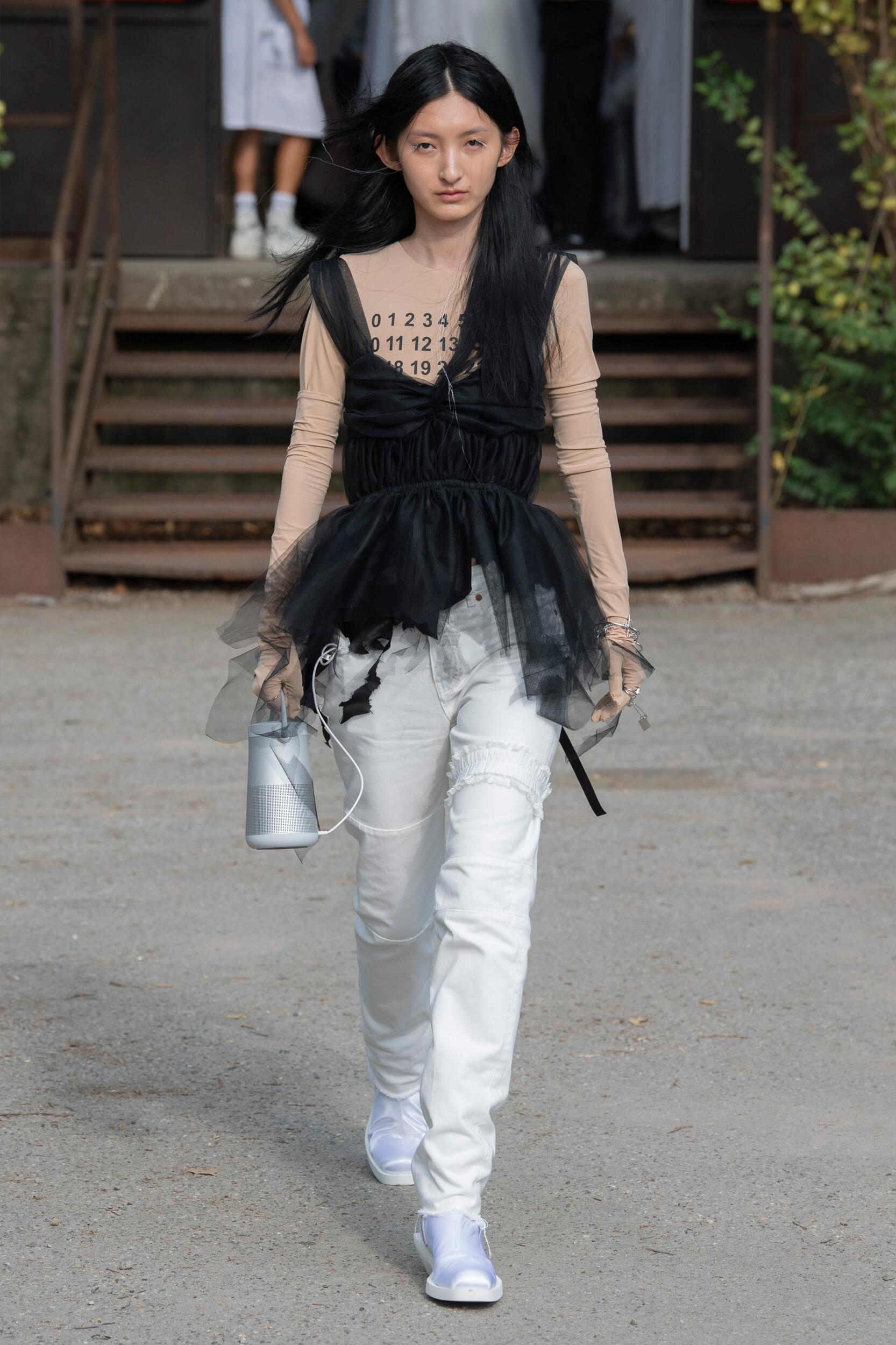 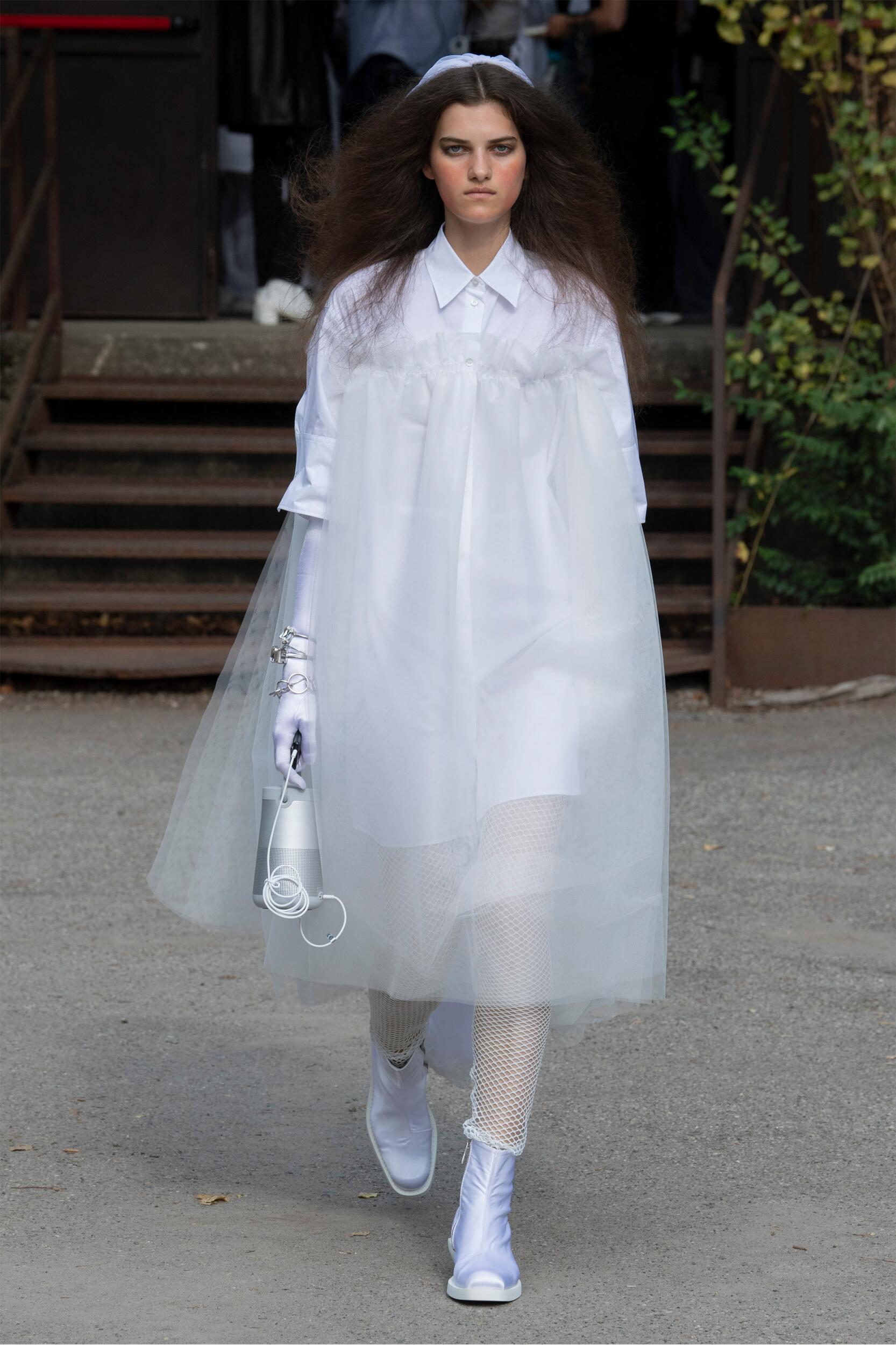 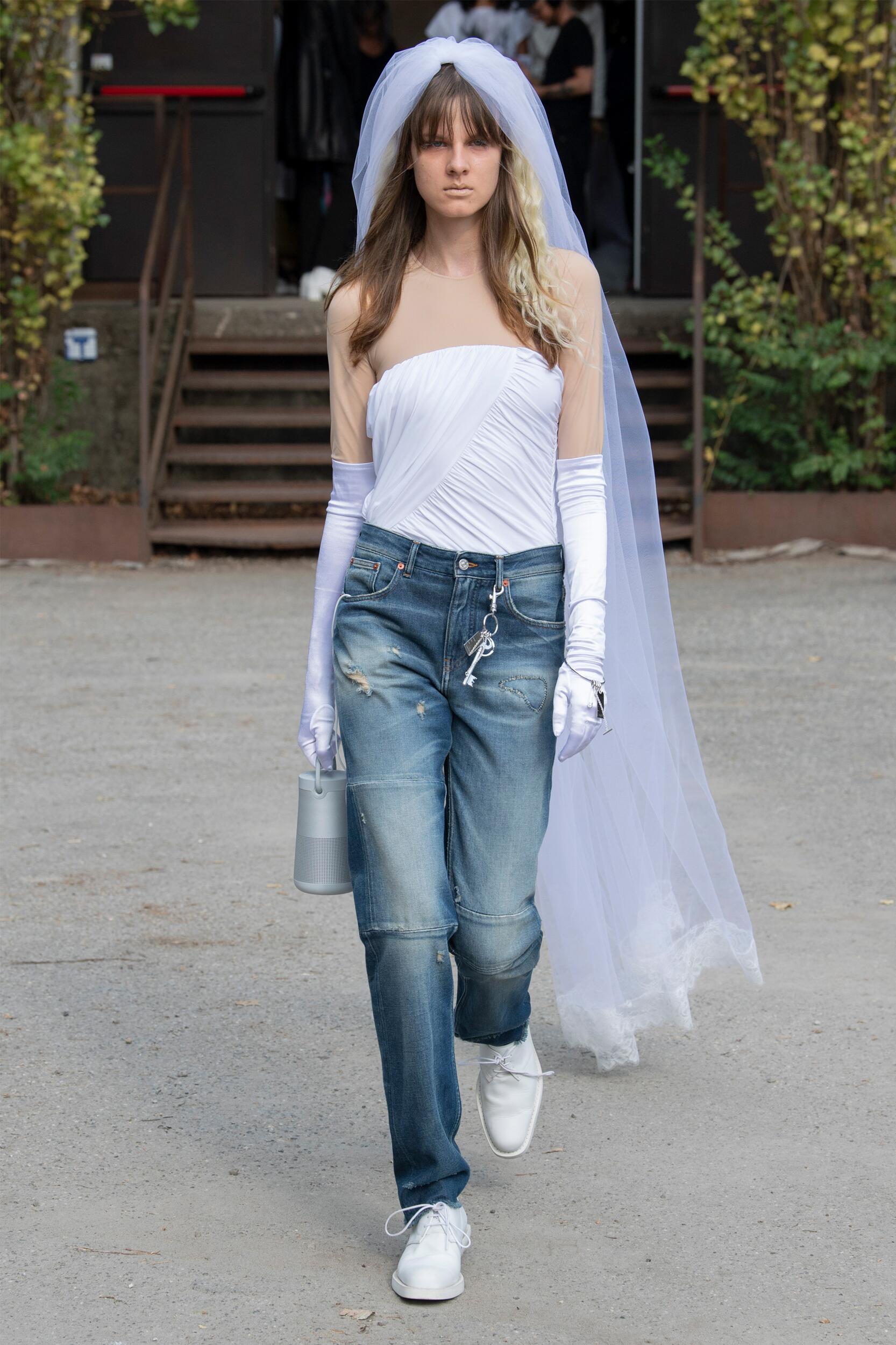 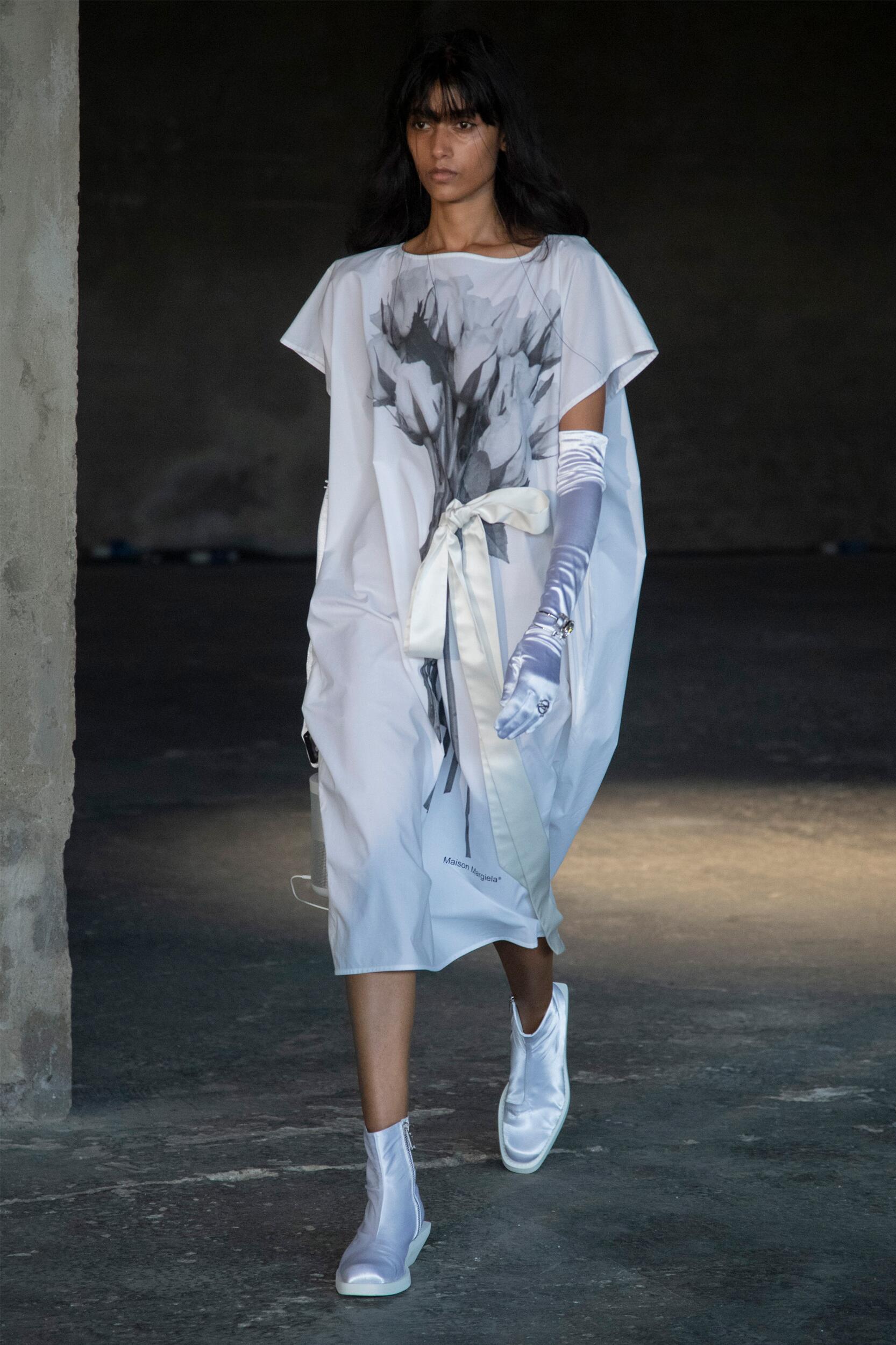 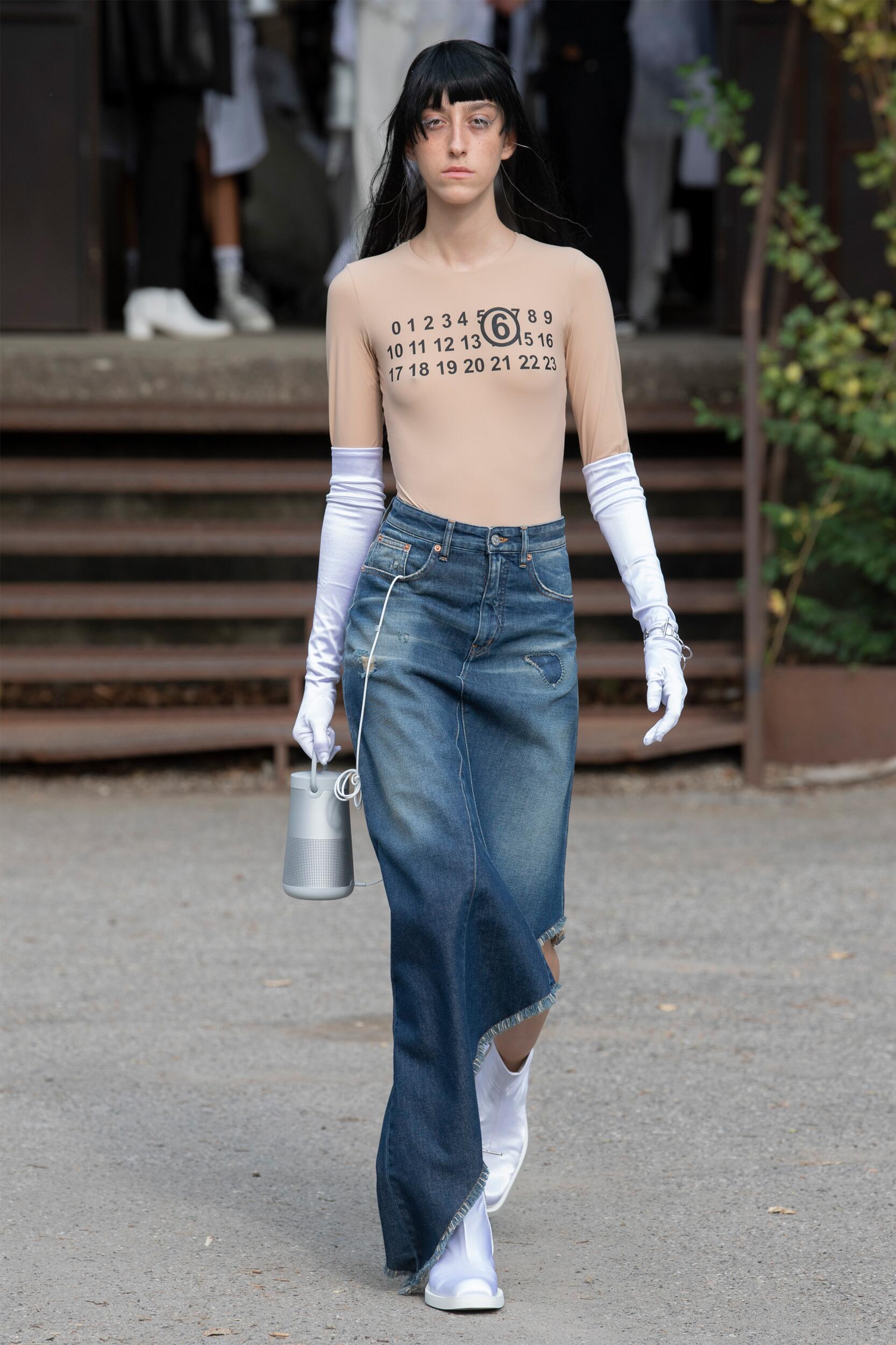 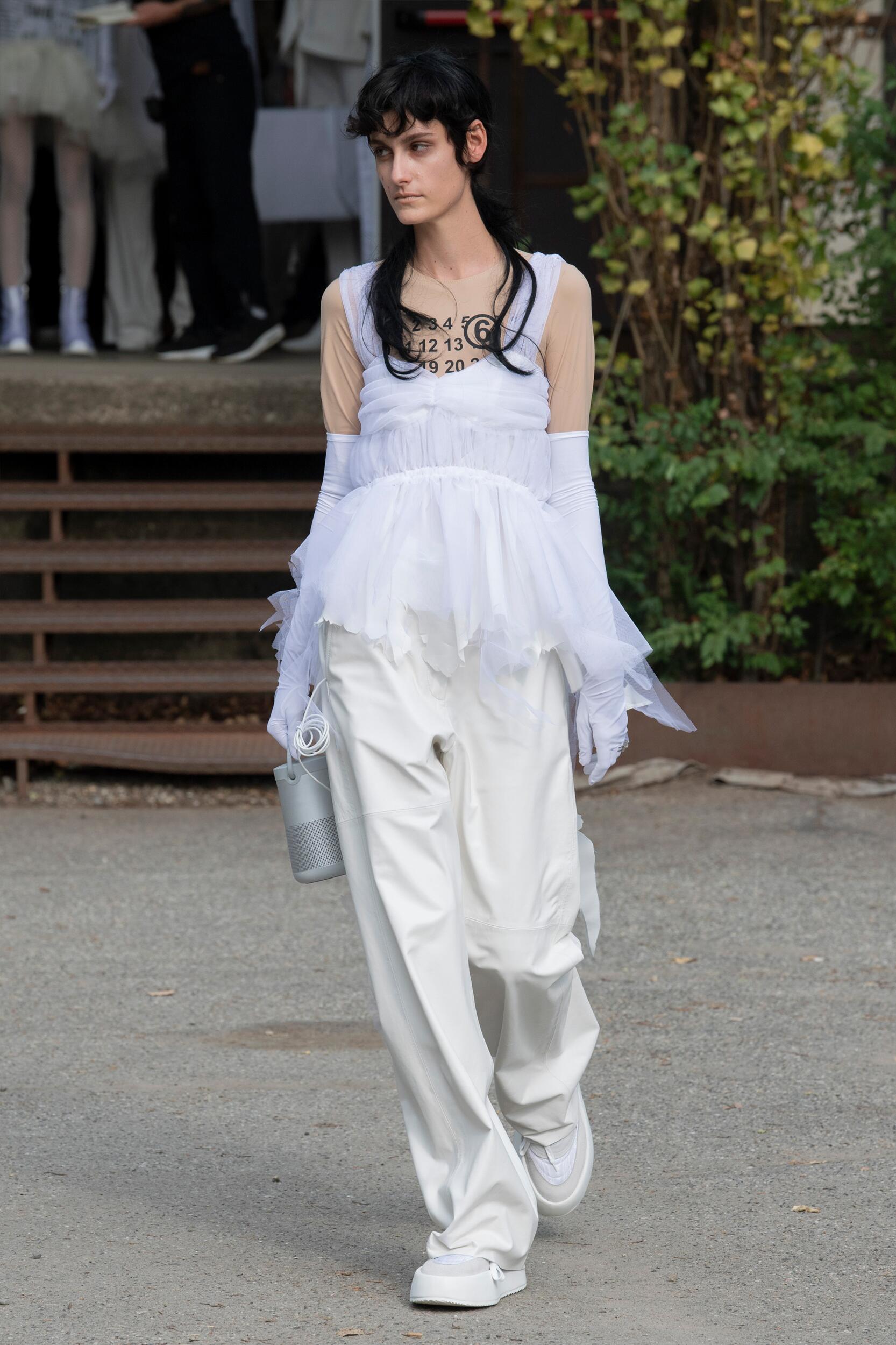 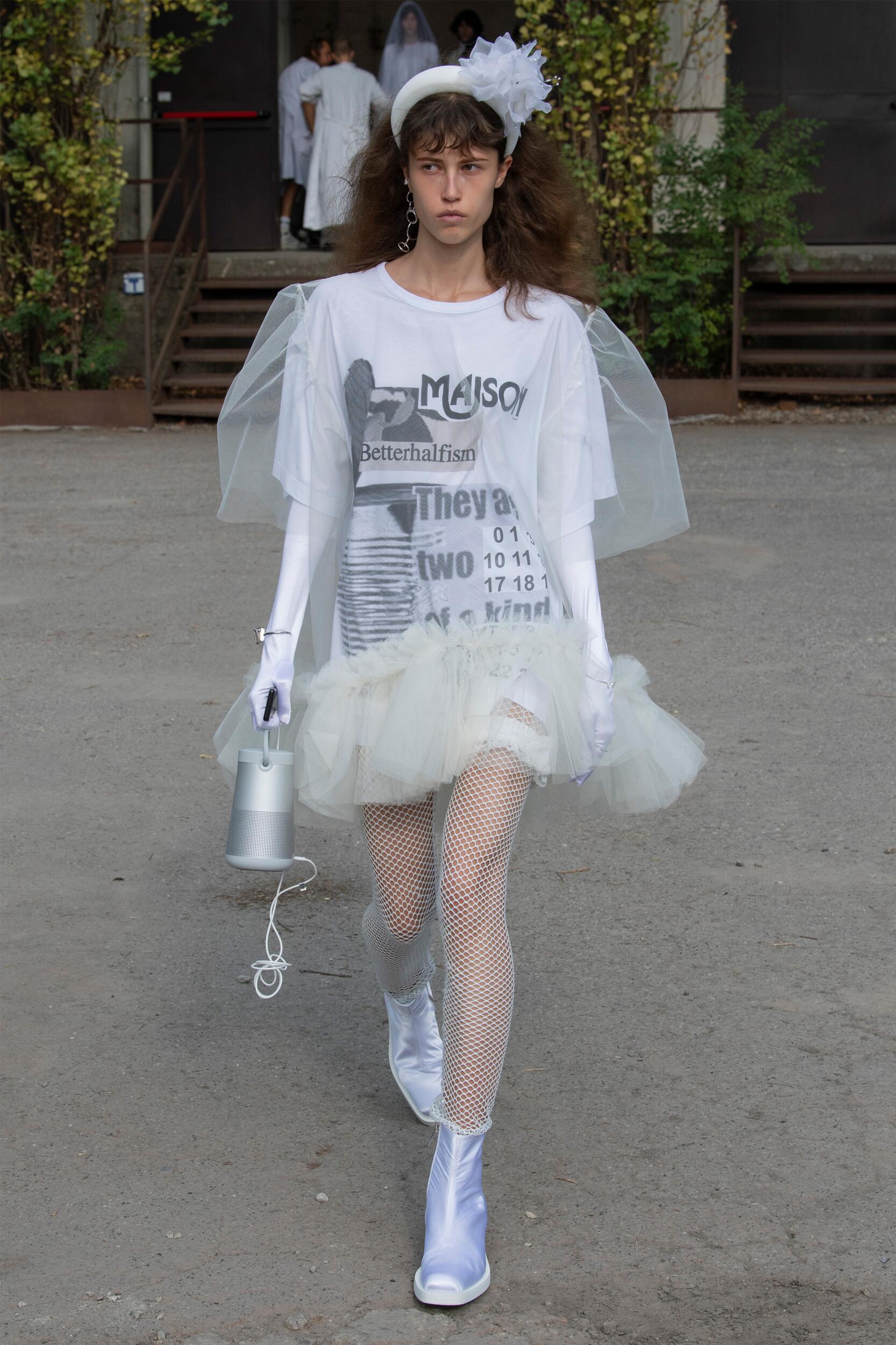 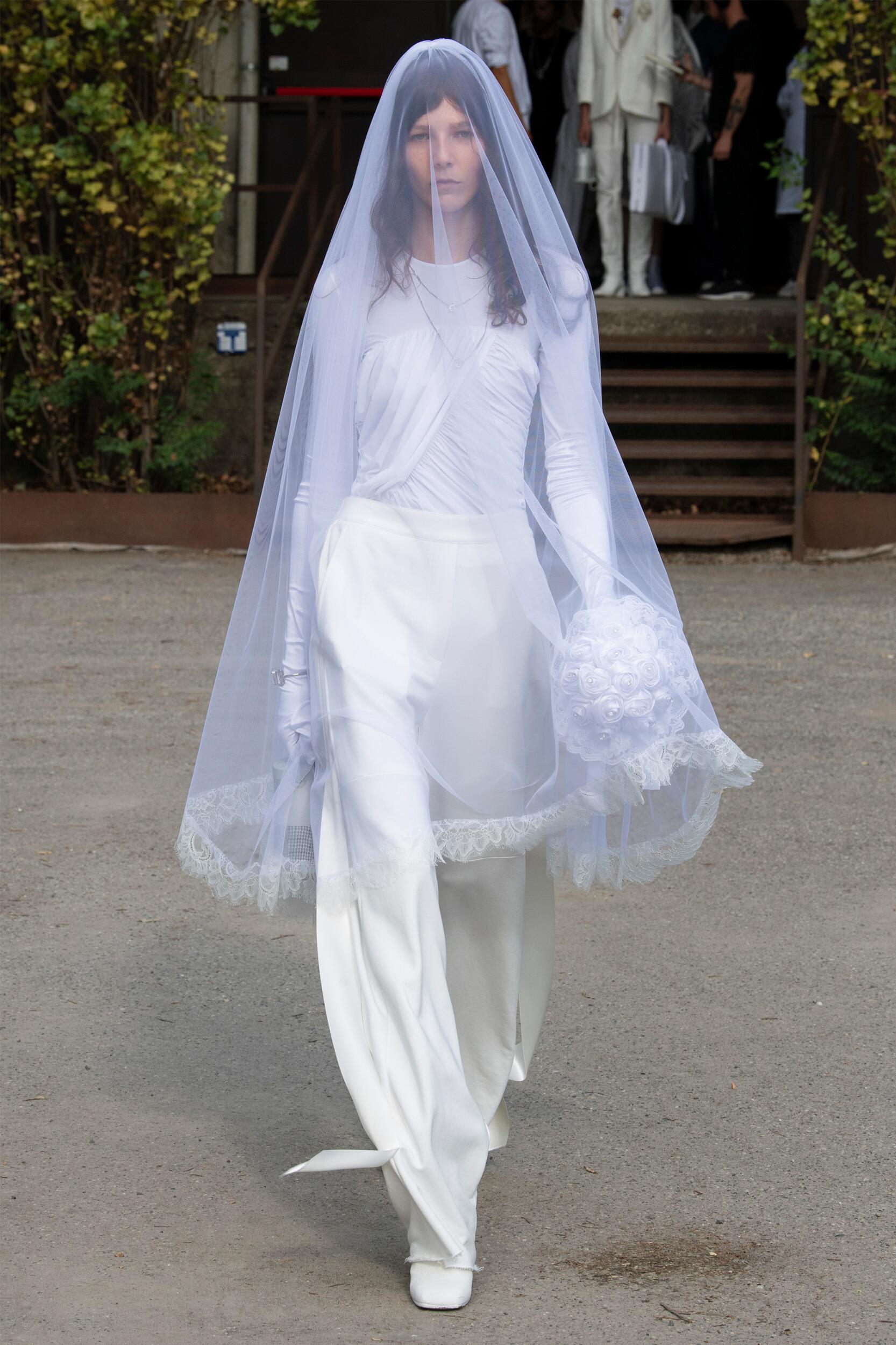 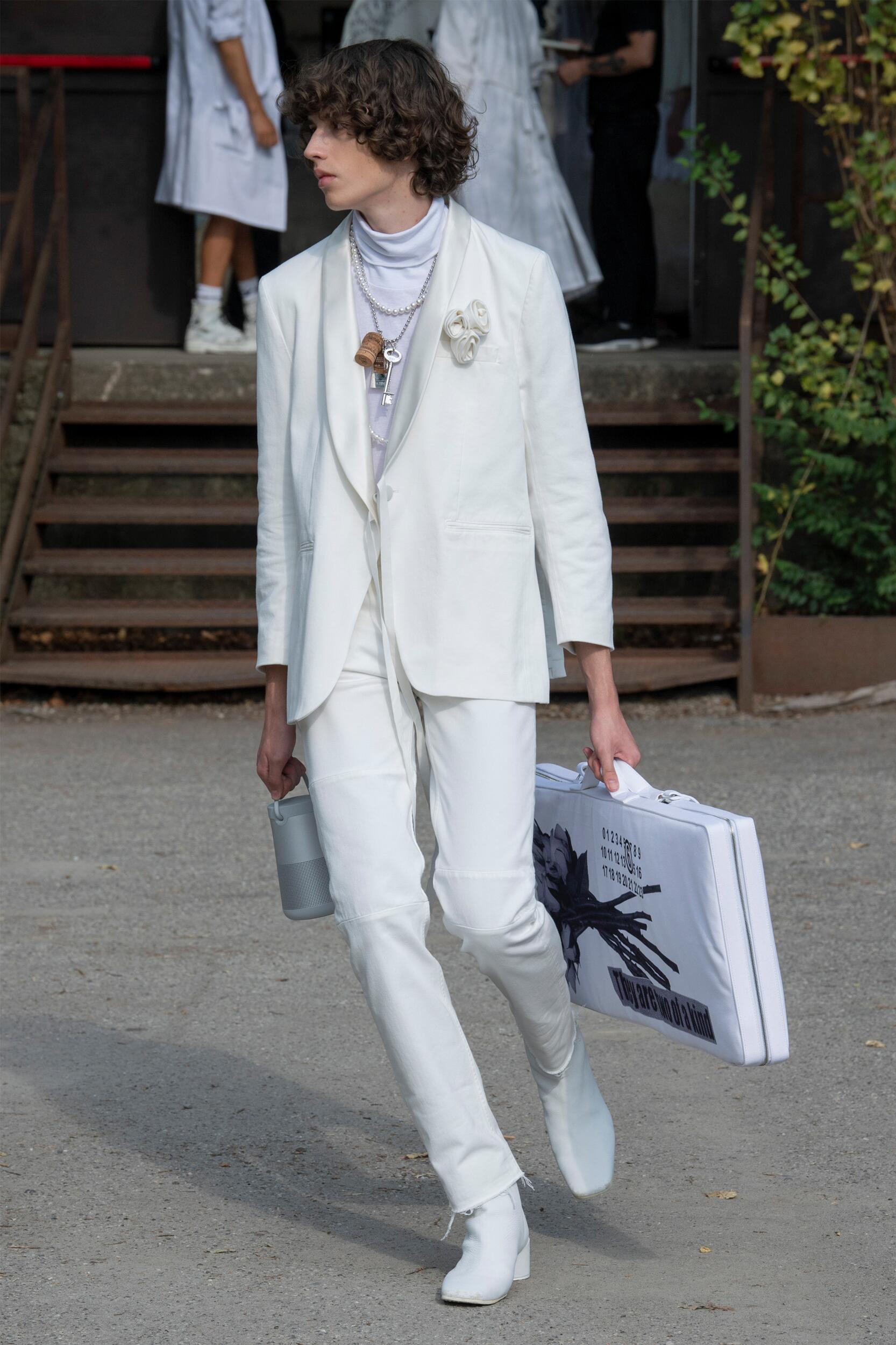 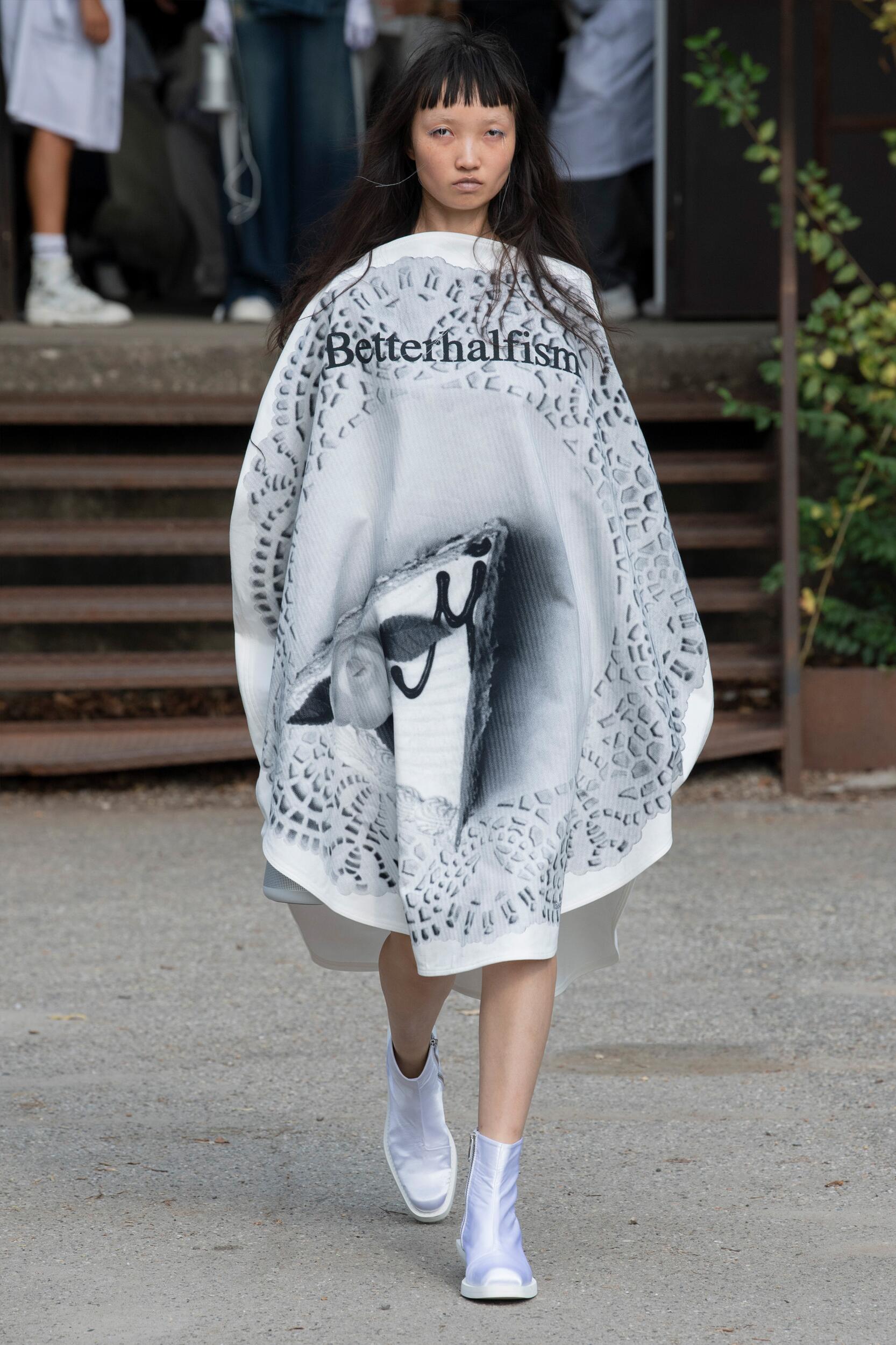 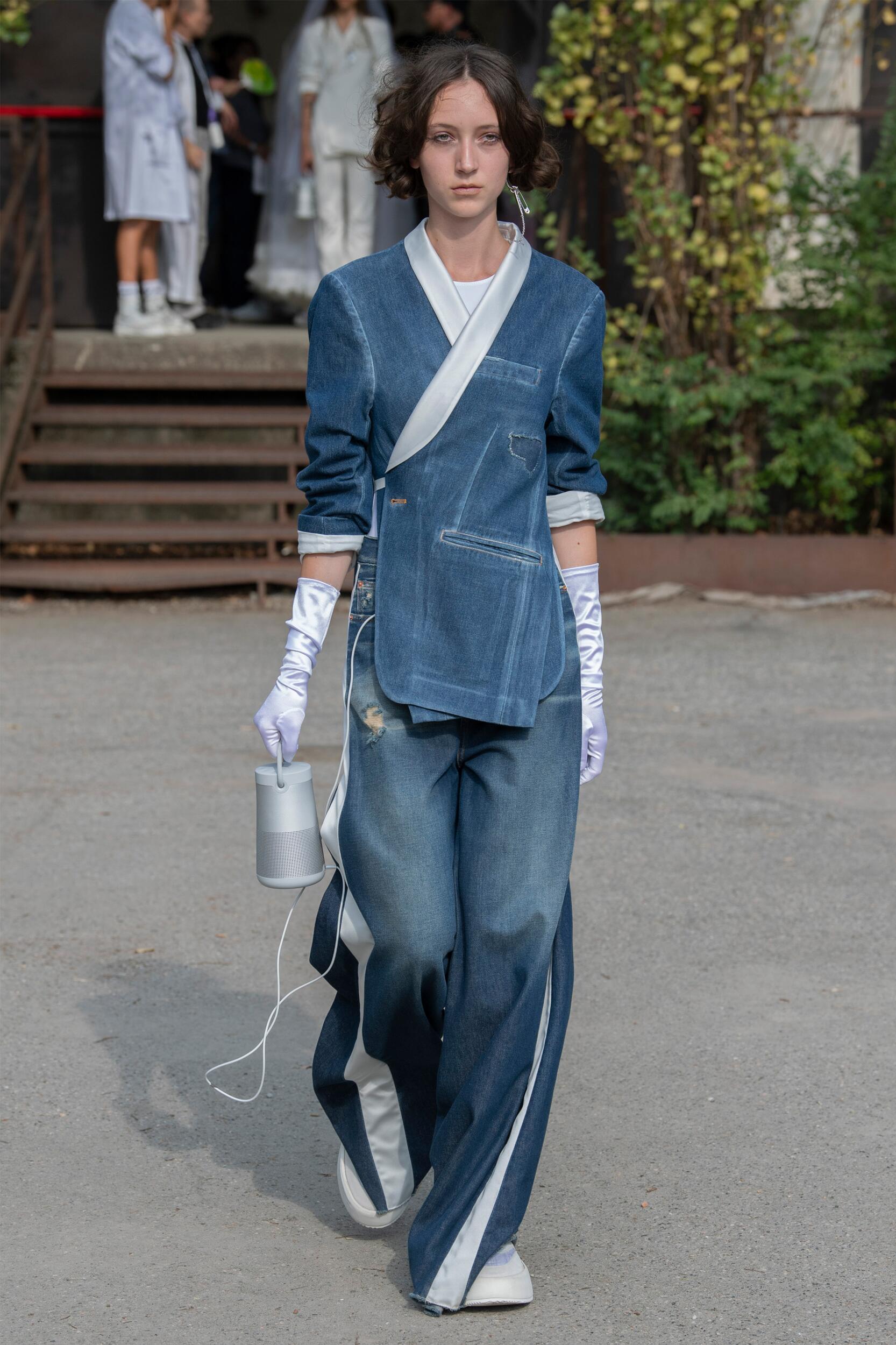 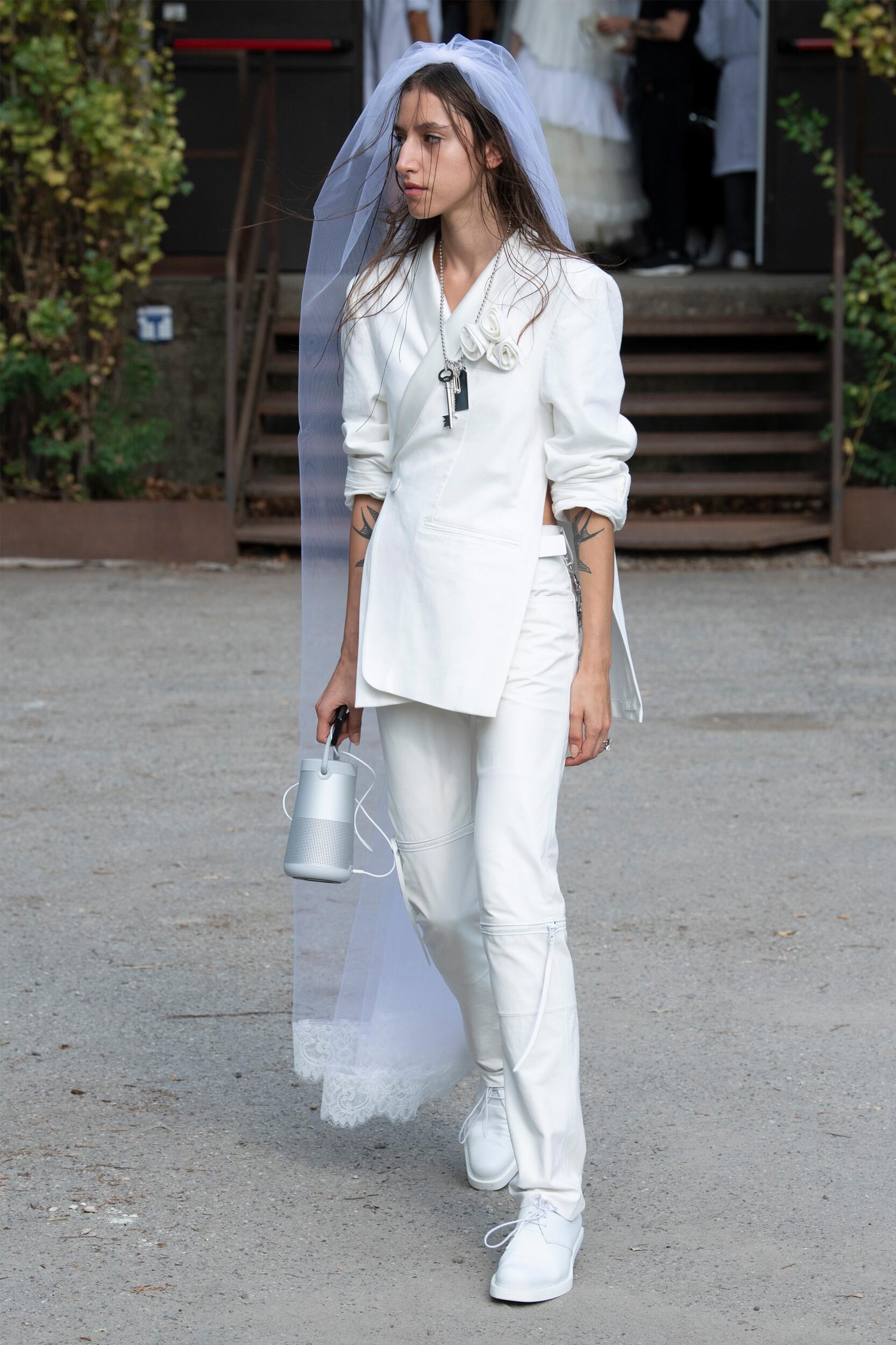 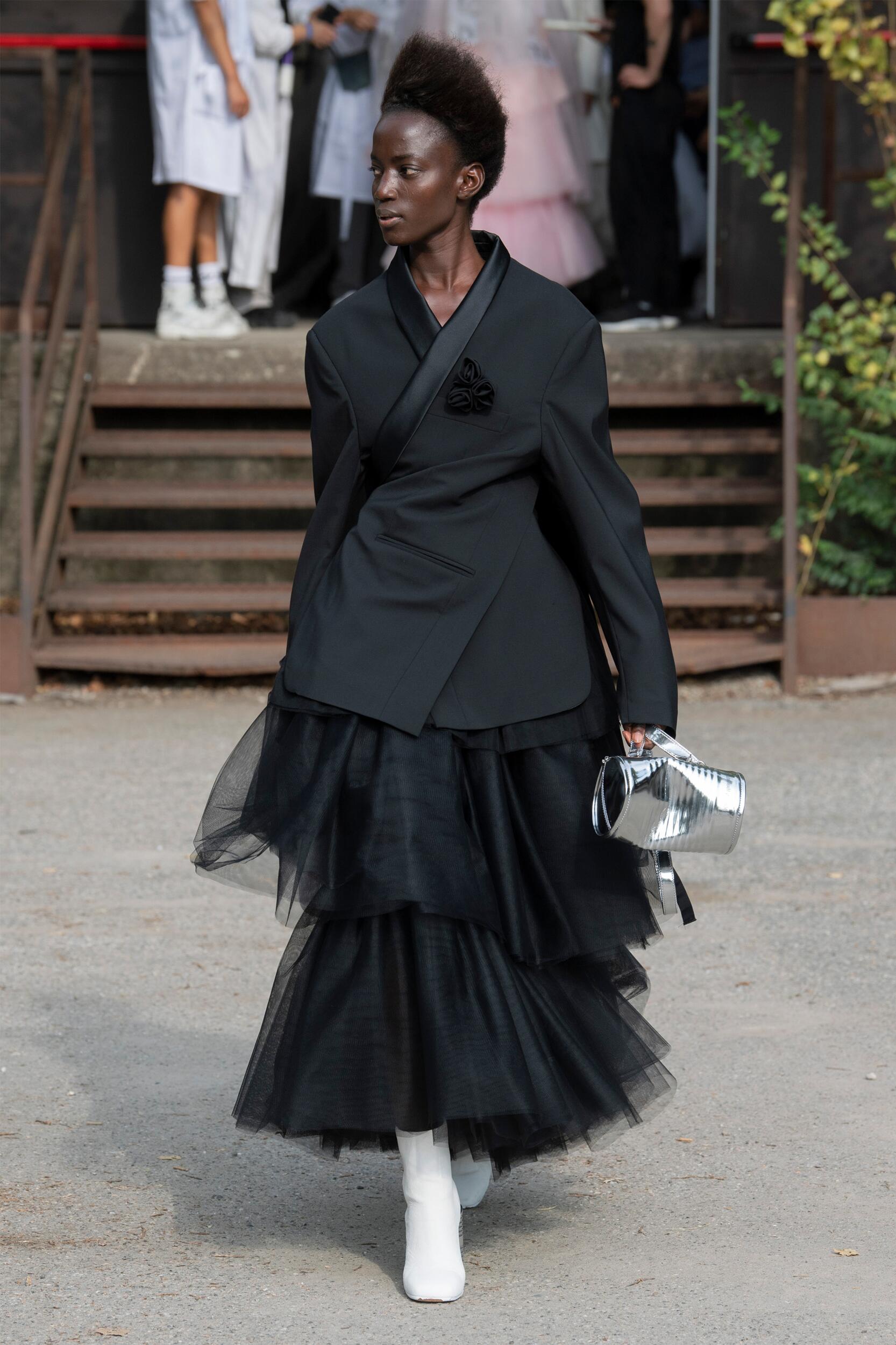 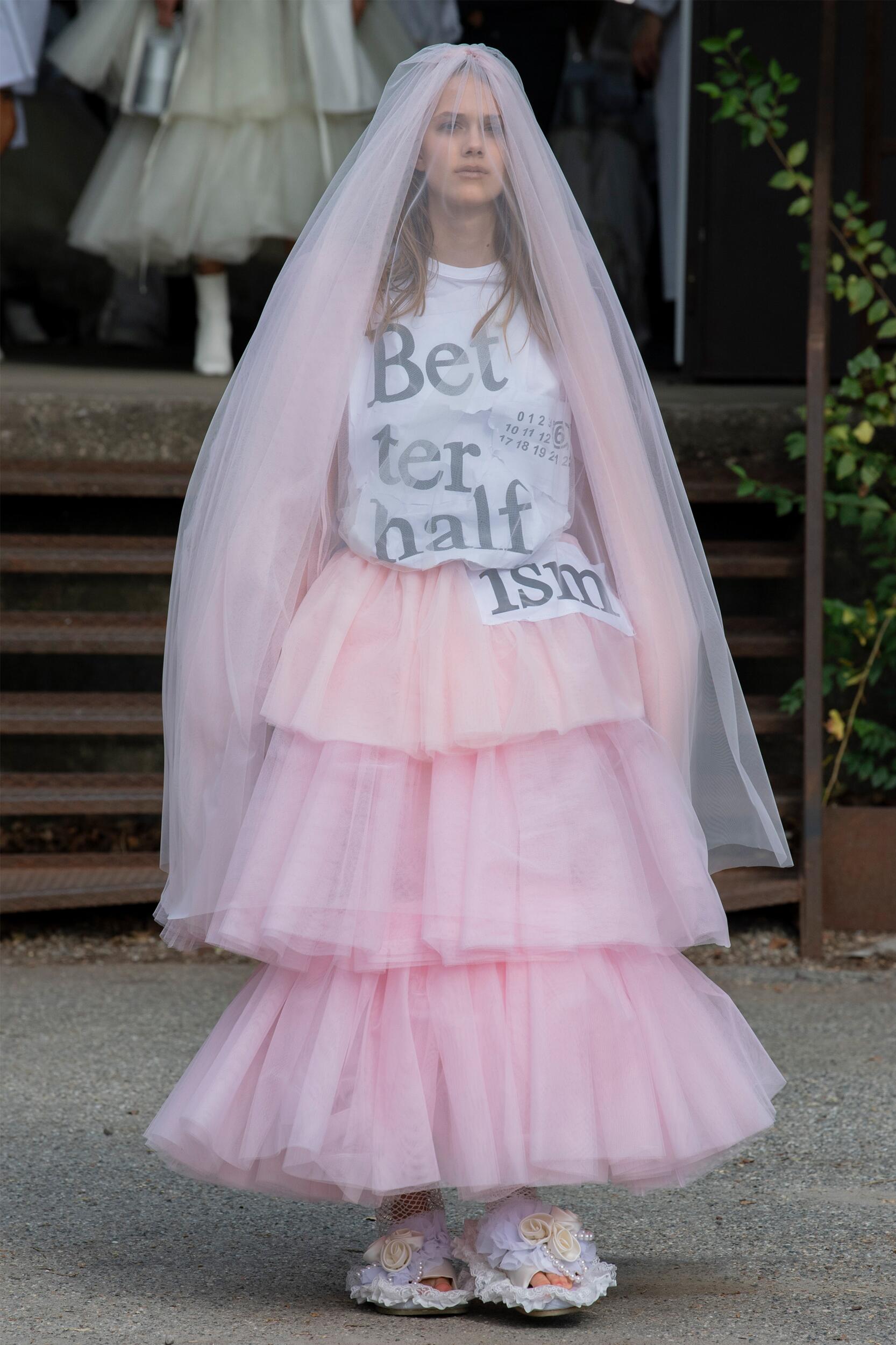 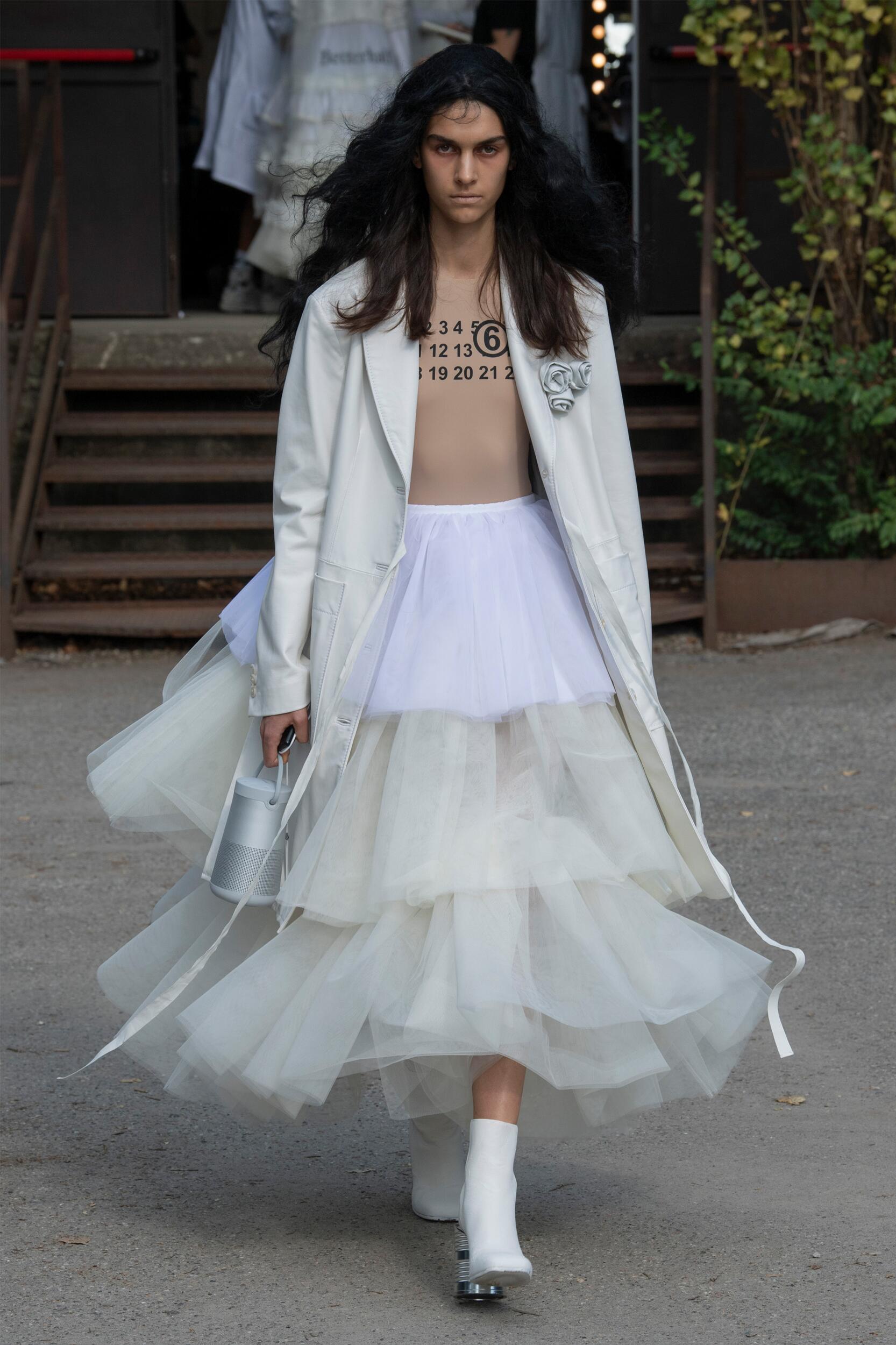 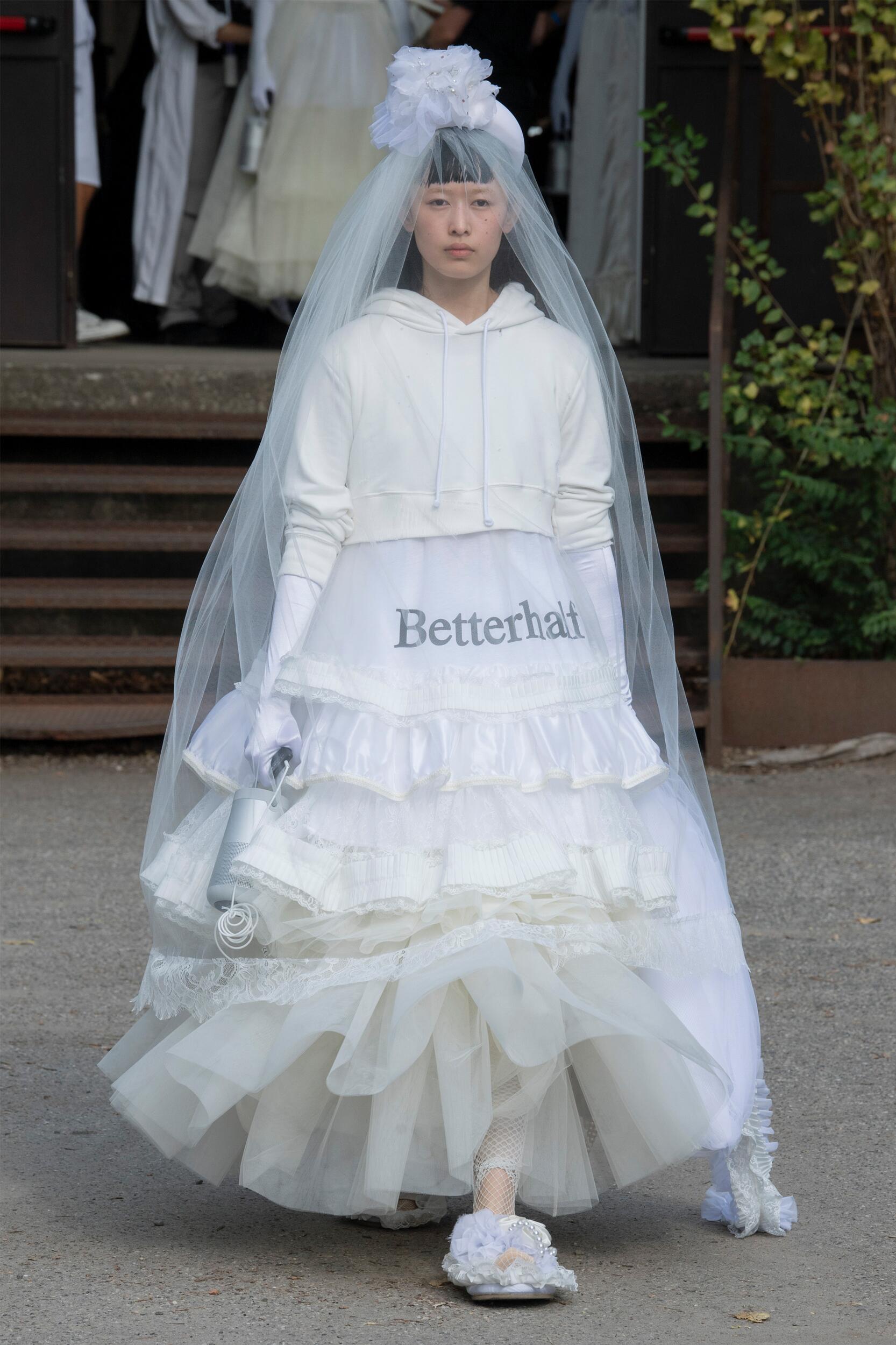