A metamorphosis that fuses nature and feminine beauty. A femininity that is sweetened and enriched, enhanced by movement, poise and gestures.

«I want to convey emotions. Simple, true emotions like the ones which occur spontaneously when observing nature. The spontaneous embellishment that captures your eye when a flash of light filters through the forest.

I don’t want to surprise anybody with artificial effects, it’s not in my nature. In my opinion, emotions are either spontaneous or aren’t emotions at all.», says Alberta Ferretti.

This enchanting metamorphosis builds this emotion of natural luxury; the birds’ feathers, the leaves on the branches and those that fall on the grassy ground. Tree barks with varying hues, flashes of light that sprinkle gold on every surface they touch.

A forest that comes alive. A nature that envelops the female body in the form of wool panels, seamlessly adorned with flashes of gold lame’, chiffon lined jackets, alpaca coats lined with paillettes reminiscent of the undergrowth’s natural camouflage.

Inlaid jackets of silk and wool embroidered with jais and glass beads, skirts and gowns decorated with feathers, The tridimensional jacquard that reminds us of the bark of a tree, gowns covered in weaved trimmings of silk, leather and wool. 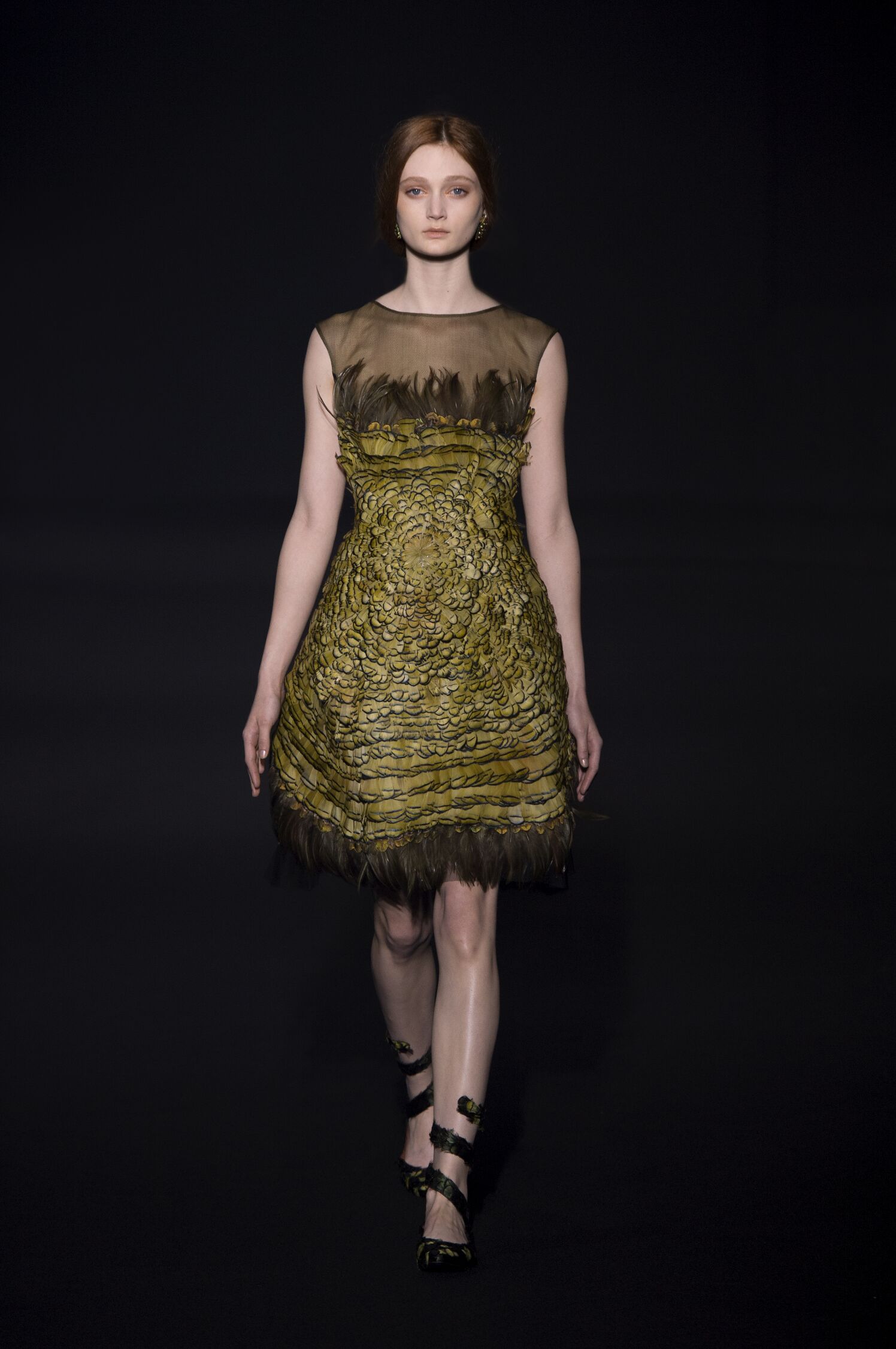 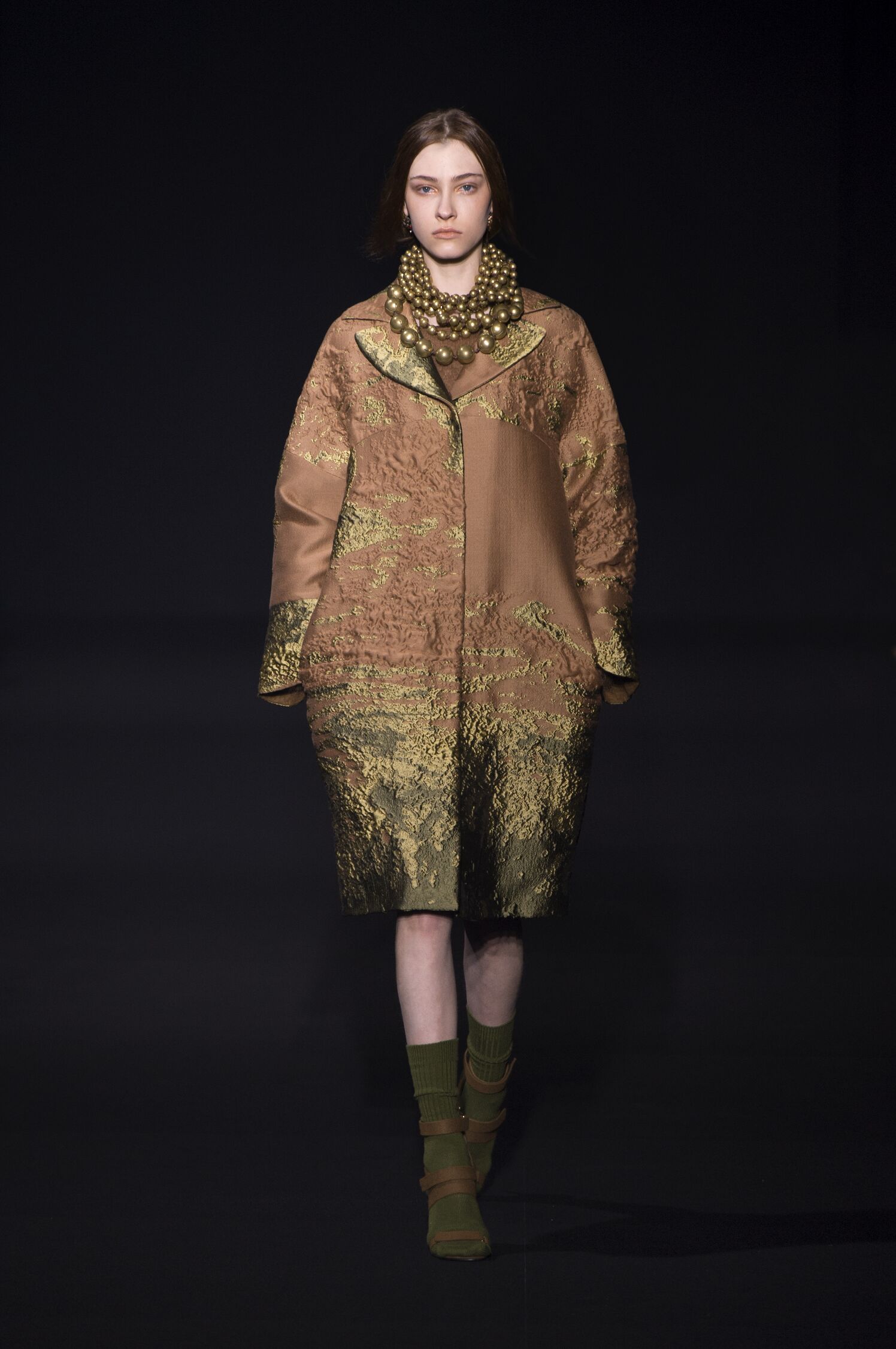 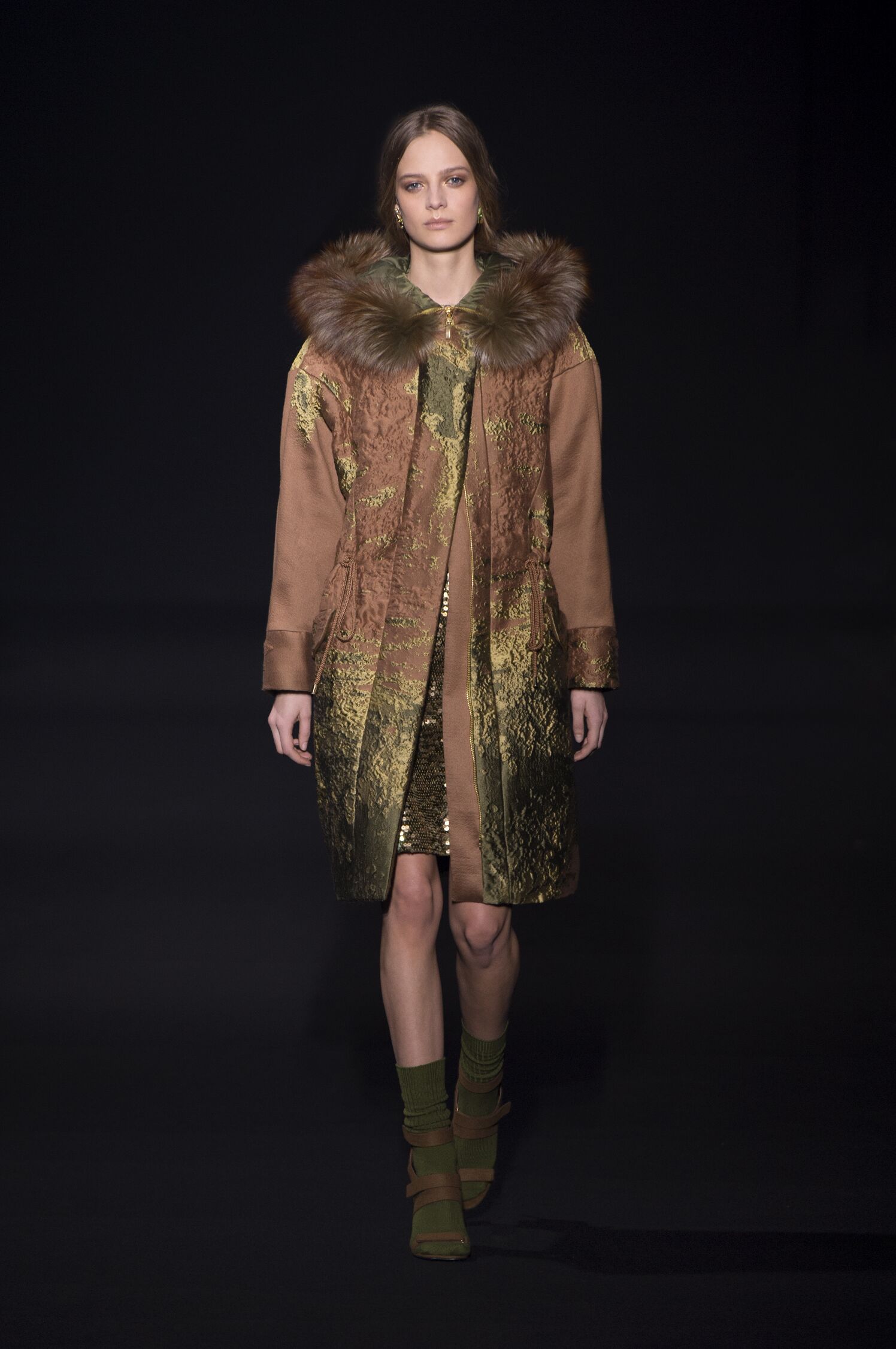 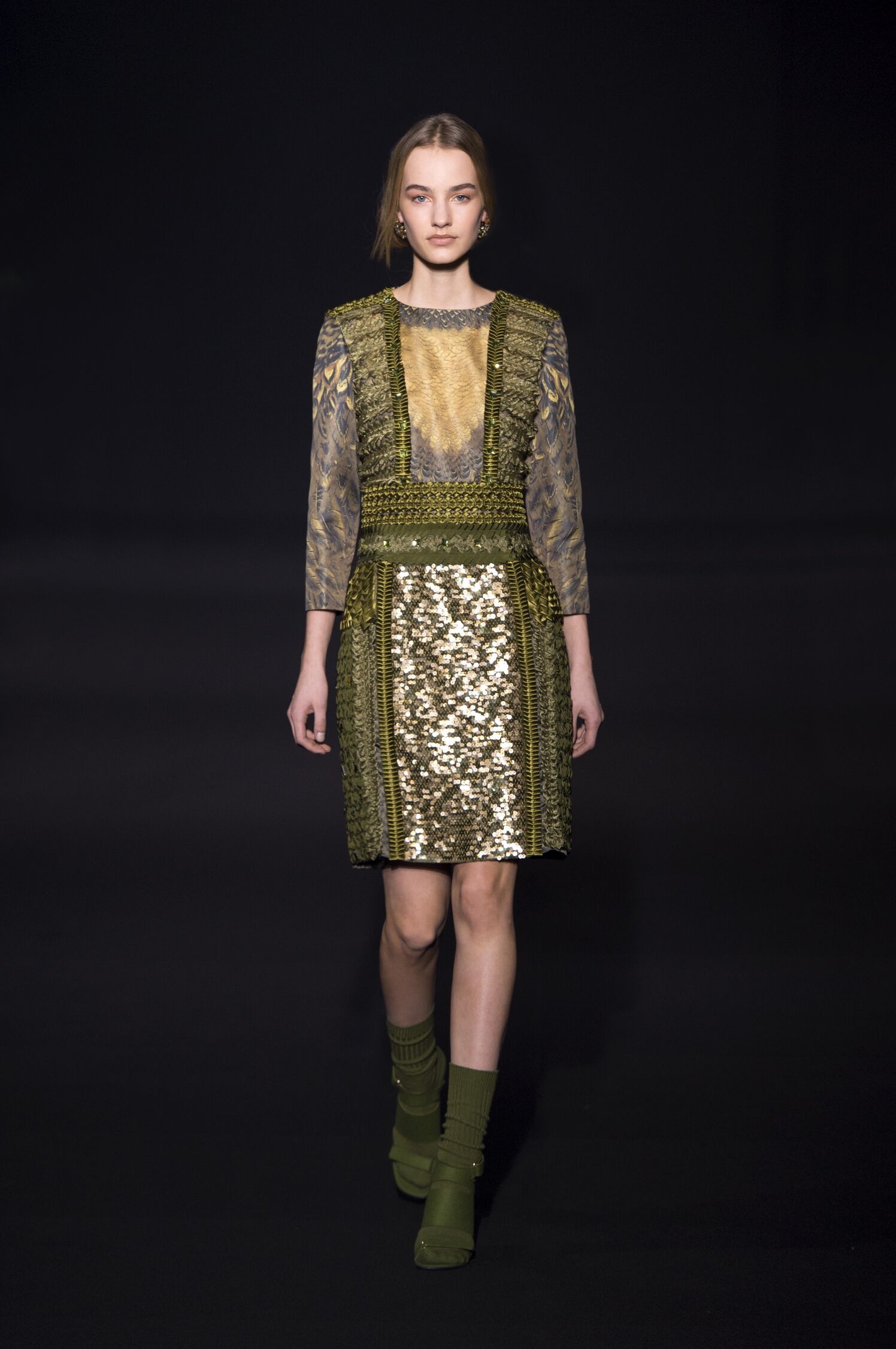