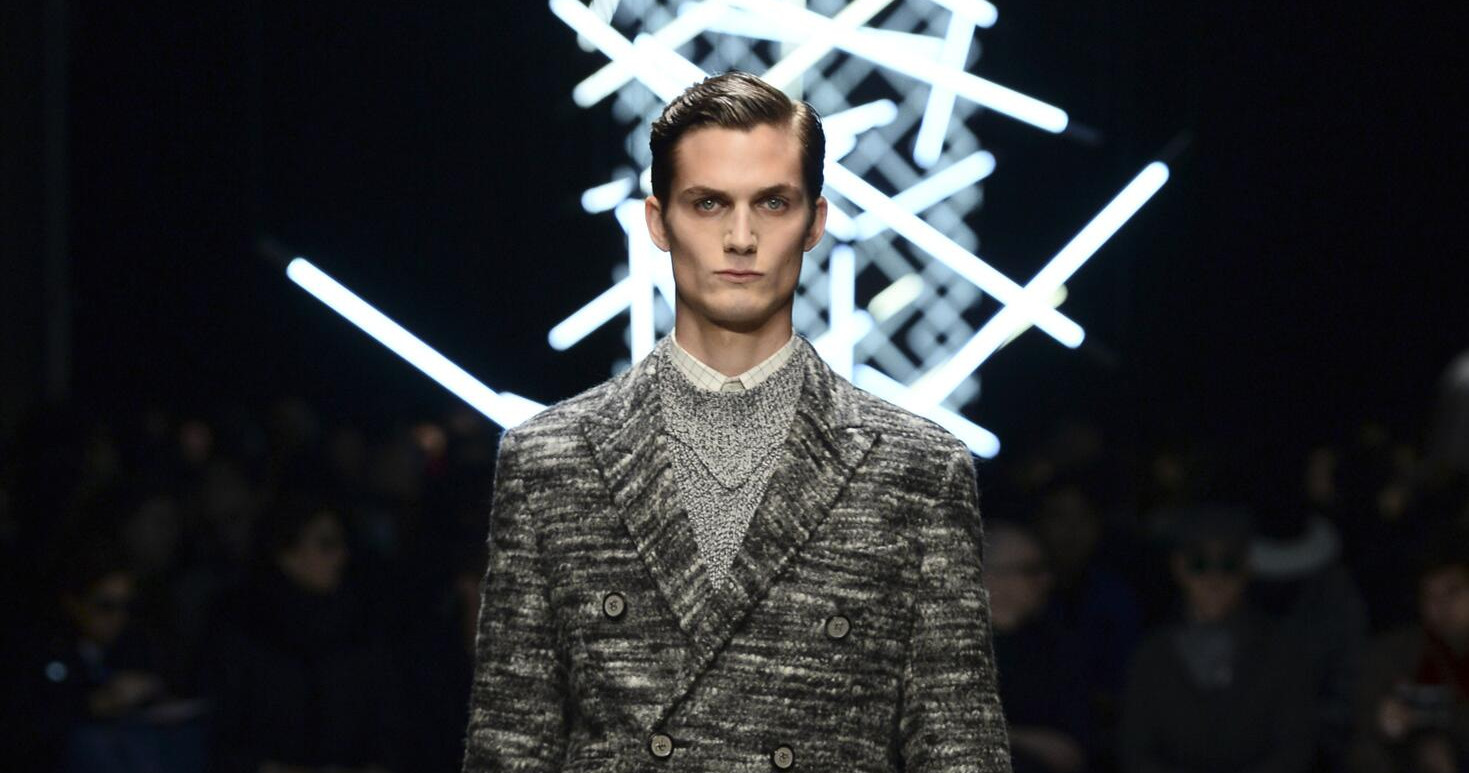 Milan in the 1950s – a city of optimism and dynamism where bold, new constructions rise alongside the muted palazzi of the past. A city of lines: power lines and tram tracks; scaffolding and crossroads; all illuminated by the intense, flickering neon of billboard advertisements. A city of style: impeccably dressed uomini d’affari brush tailored shoulders with the youth in their cropped jackets and rolled up pants.

Andrea Pompilio (Creative Consultant, Canali): “Milan in those years was something unique. A perfect mix of the precision of the past and an explosive sense of creativity, a mixture of practicality and imagination tempered by a typically Italian sense of elegance.”

The Canali FW15 collection begins with this vision – building a bridge between tradition and modernity, where the tailoring expertise and exquisite materials that have been a hallmark of the brand since its foundation are applied to new shapes and proportions.

Contours are linear yet form-fitting, showcasing a renewed focus on leisurewear Wool pants rest at the ankle with a distinctive 8cm cuff, while coats and jackets in the softest cashmere are crafted using an exclusive double technique to create luxurious, lightweight garments.

Lines abound throughout the collection in different forms: singly in classic chalk-stripes, painted roughly for a mélange effect or intersecting with one another to create window-pane checks. A monochrome palette recalls the color-scape of the city, with occasional flashes in petrol blue and Canali yellow to draw in the eye.

The resulting collection comes to life on a runway made up of a seven different piazze, each illuminated by a grid-like installation of neon lines. Models move from one space to the next through a series of linear pathways – meeting and crisscrossing with one another in an abstract evocation of the urban context. In the same way, exacting creativity and exemplary craftsmanship cross paths in the new collection, taking the Canali man in an exciting new direction for next Winter. 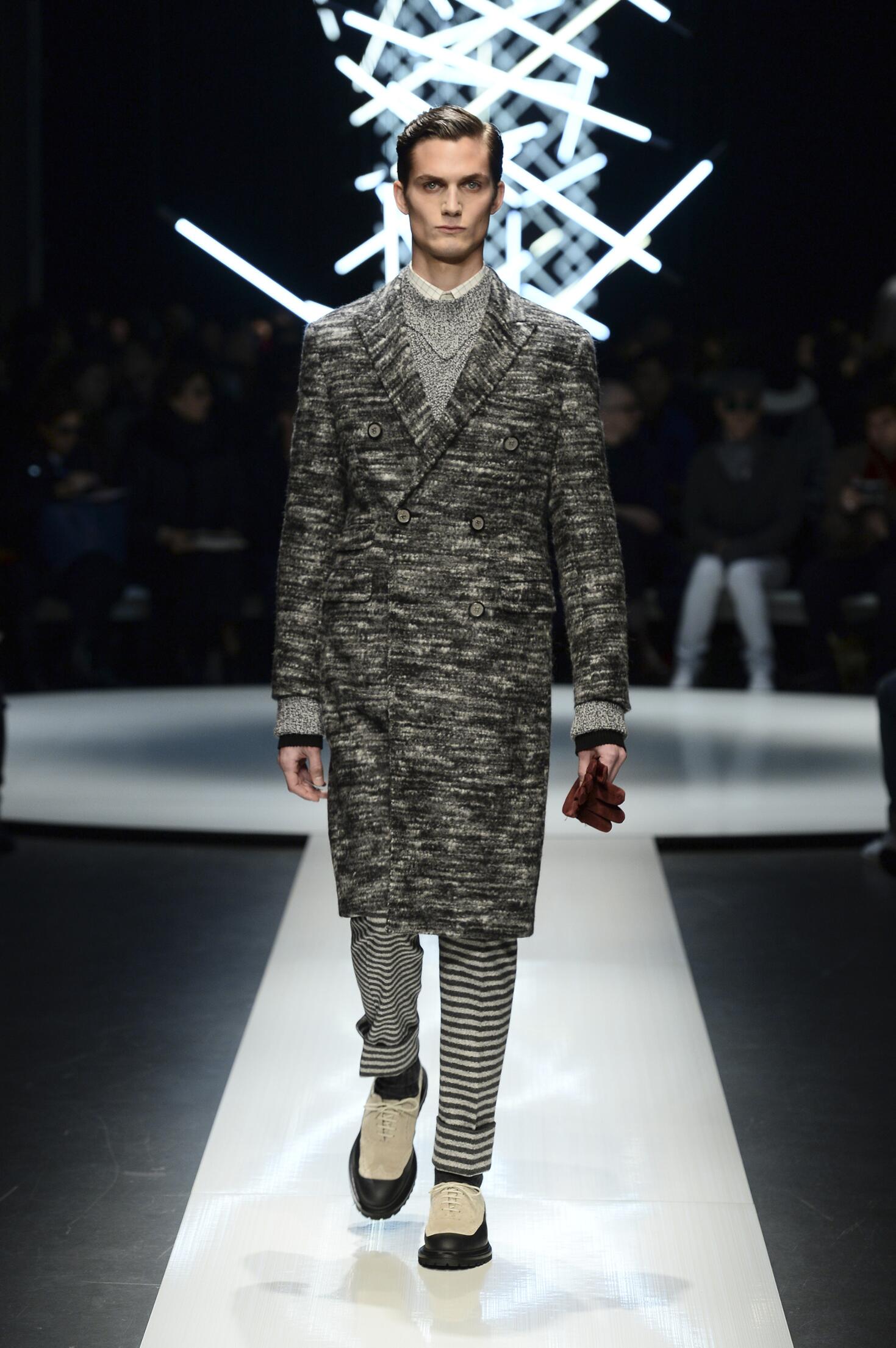 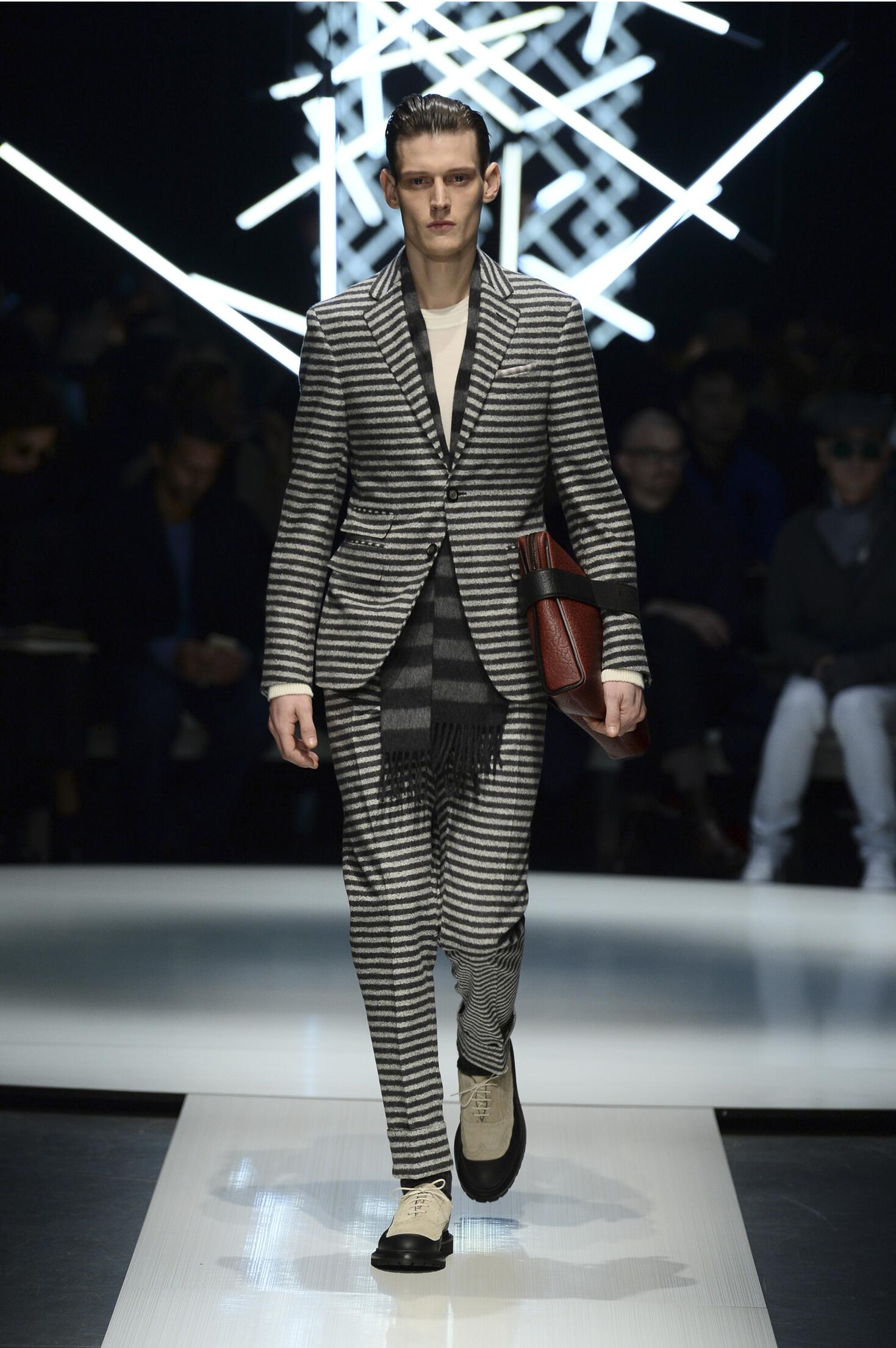 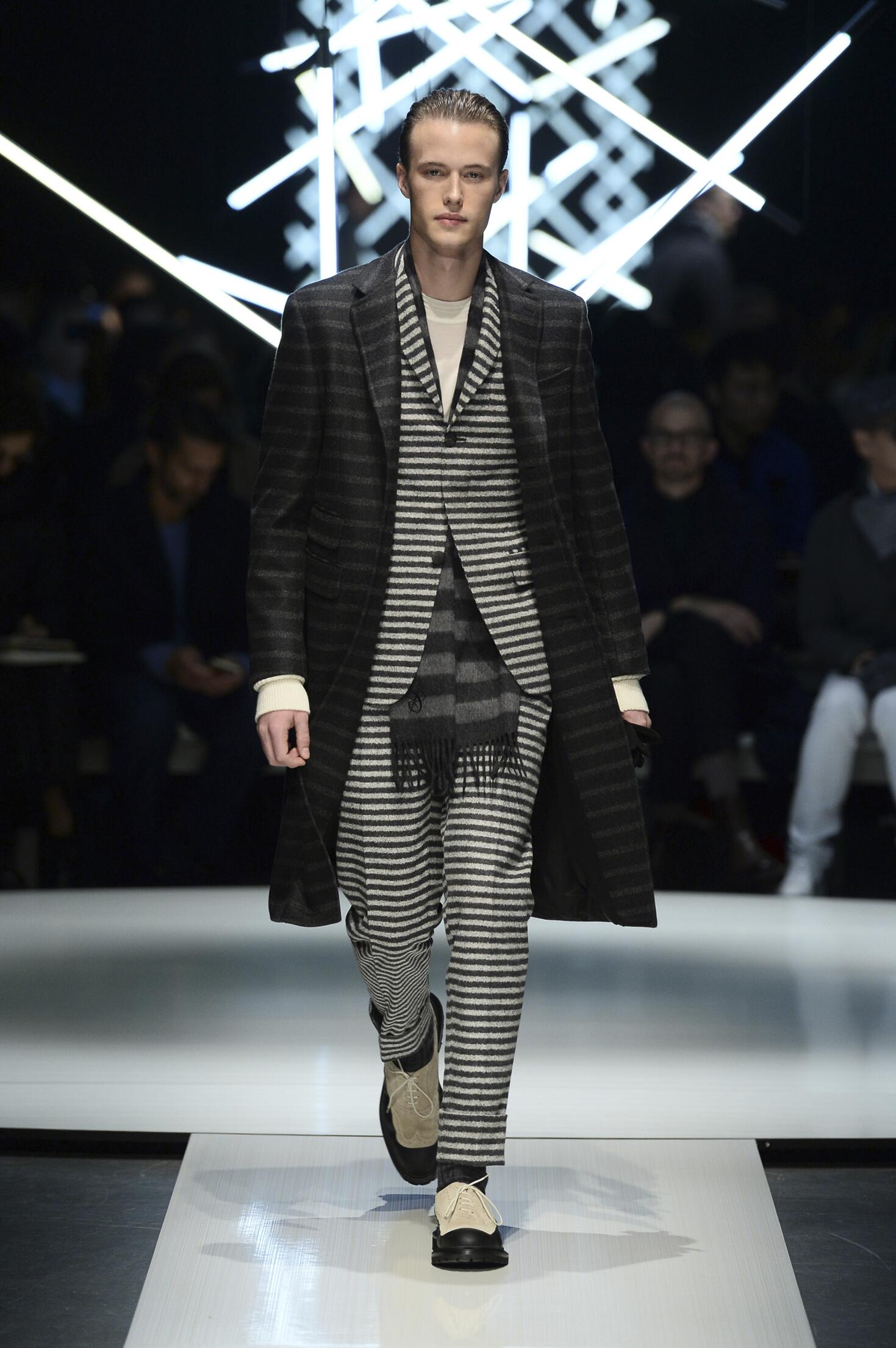 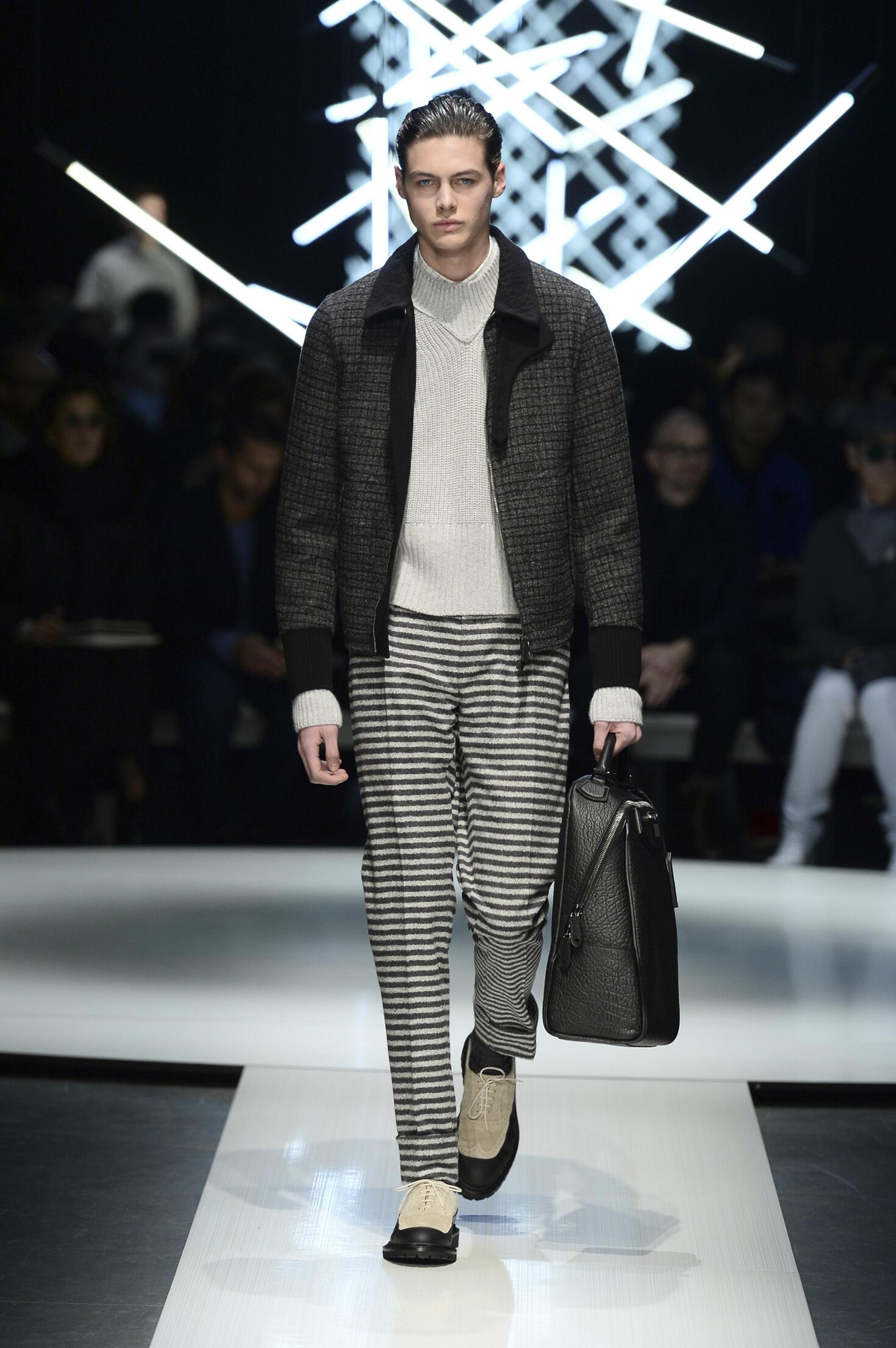 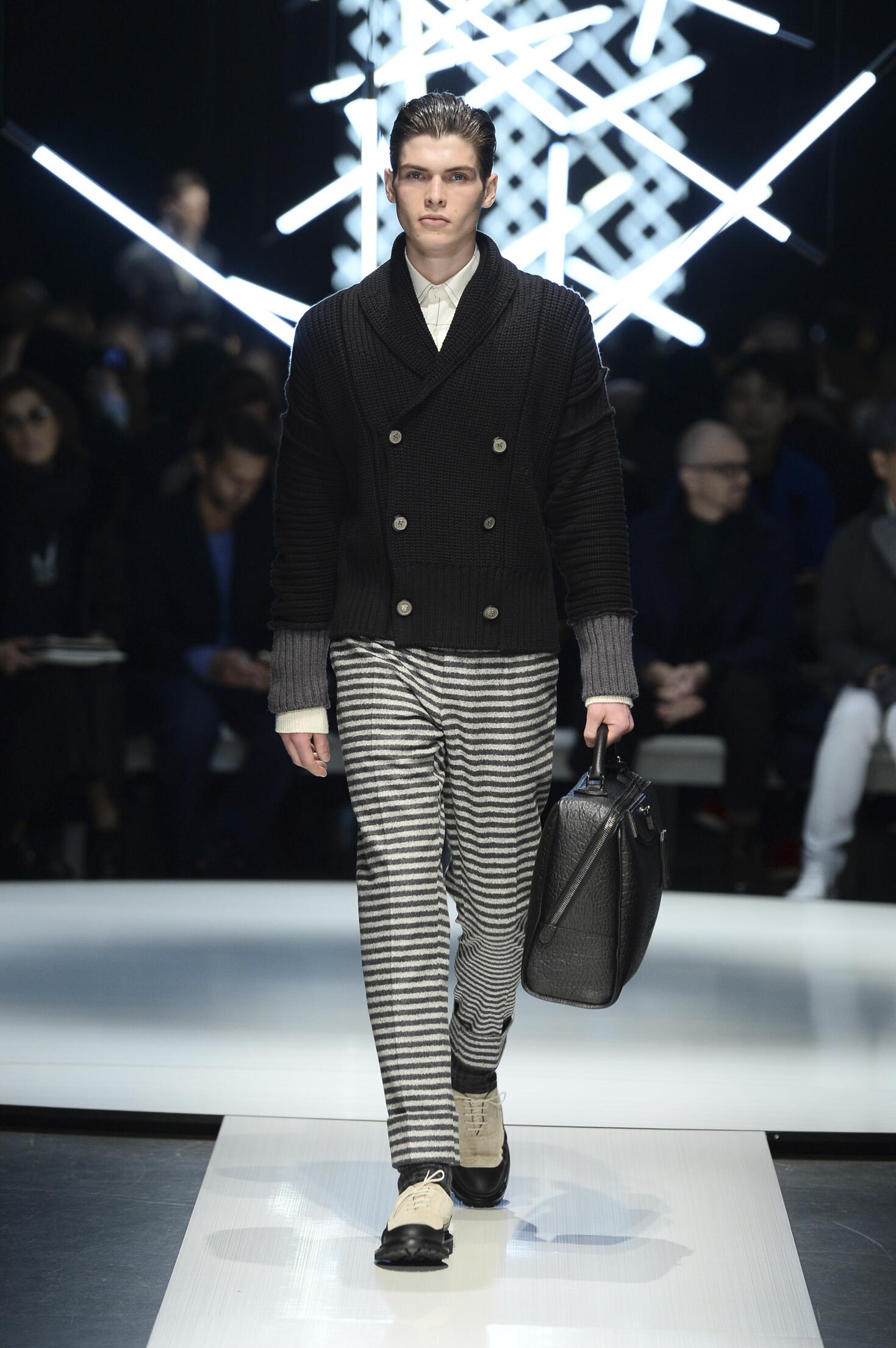