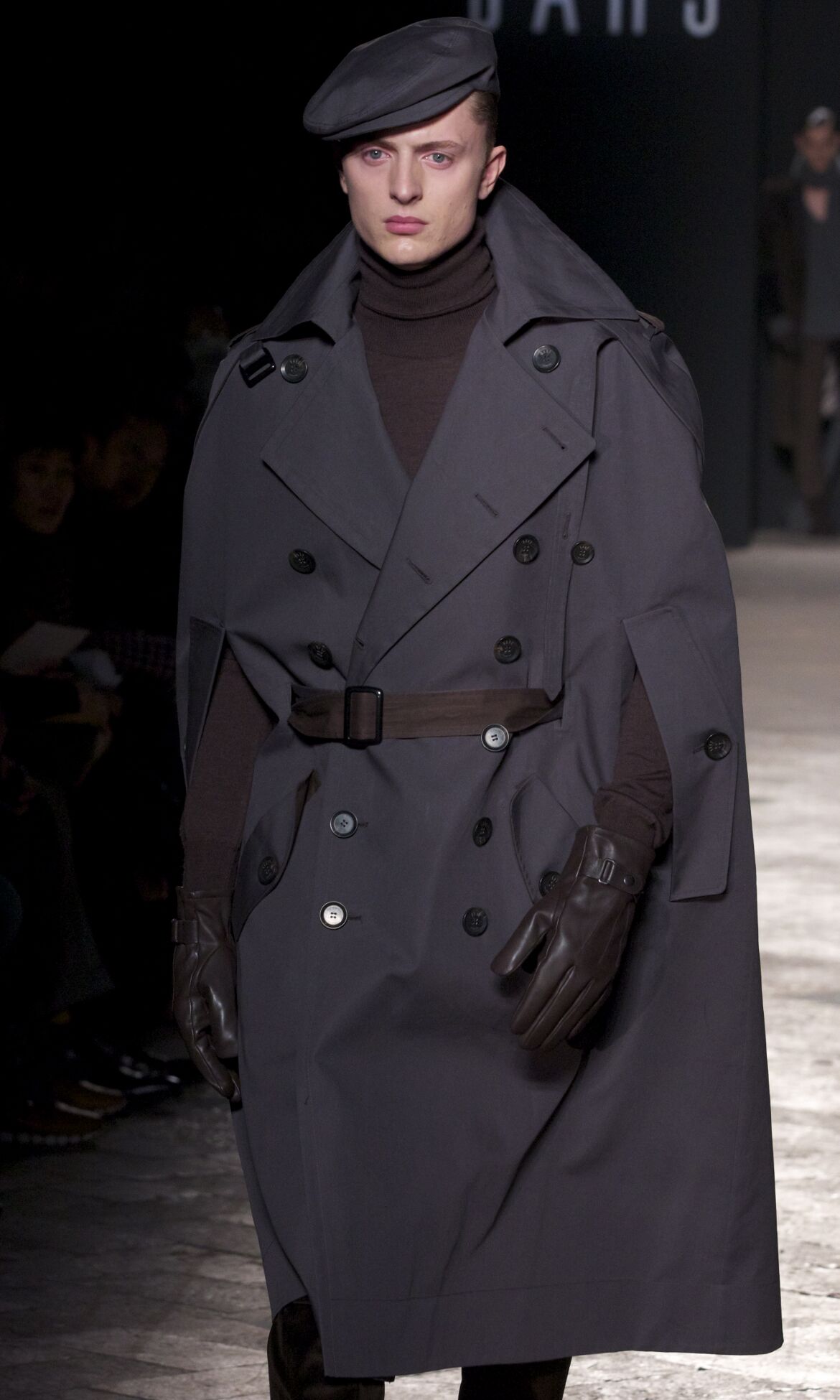 DAKS returns to Milan for the second time showcasing the Autumn/Winter 2013 menswear collection under the creative direction of Filippo Scuffi.

The collection takes its main inspiration from a typical English gentleman of the early 1900s, secure in his style, whose look is refined, but with a dash of bohemian nonchalance.

The tailored garments reflect this period in history and create a dignified air, often long and with a wealth of detailing. Deep vents, box pleats and prominent stitching feature strongly in the collection, highlighting the design and structure of the garments. The trouser silhouettes are narrow, reflecting the British look, while a key tailoring item is a double breasted jacket with a broad lapels.

The color palette this season is based around shades of navy, dark brown and grey with flashes of mustard yellow as a highlight.

Classic English menswear fabrics feature heavily in their time honoured roles such as suits, jackets and trousers, but also form significant details in capes and cloaks.
Velvets and wools sourced from British suppliers are woven compactly which results in a smooth texture.

The DAKS House Check is present throughout this collection, and has been reworked in an oversized wool design this season.

Luxurious knitwear in 100 % cashmere plays an important role and, again, the taste is Bohemian, often teamed with scarves.

Leather also features prominently and is devised either as bonded leather or combined with a woolen House Check fabric.

The bags are large and sophisticated, in soft nappa and chamois. The three main colour tones on which the collection is built are clearly apparent, as well as variations in leather and House Check wool. 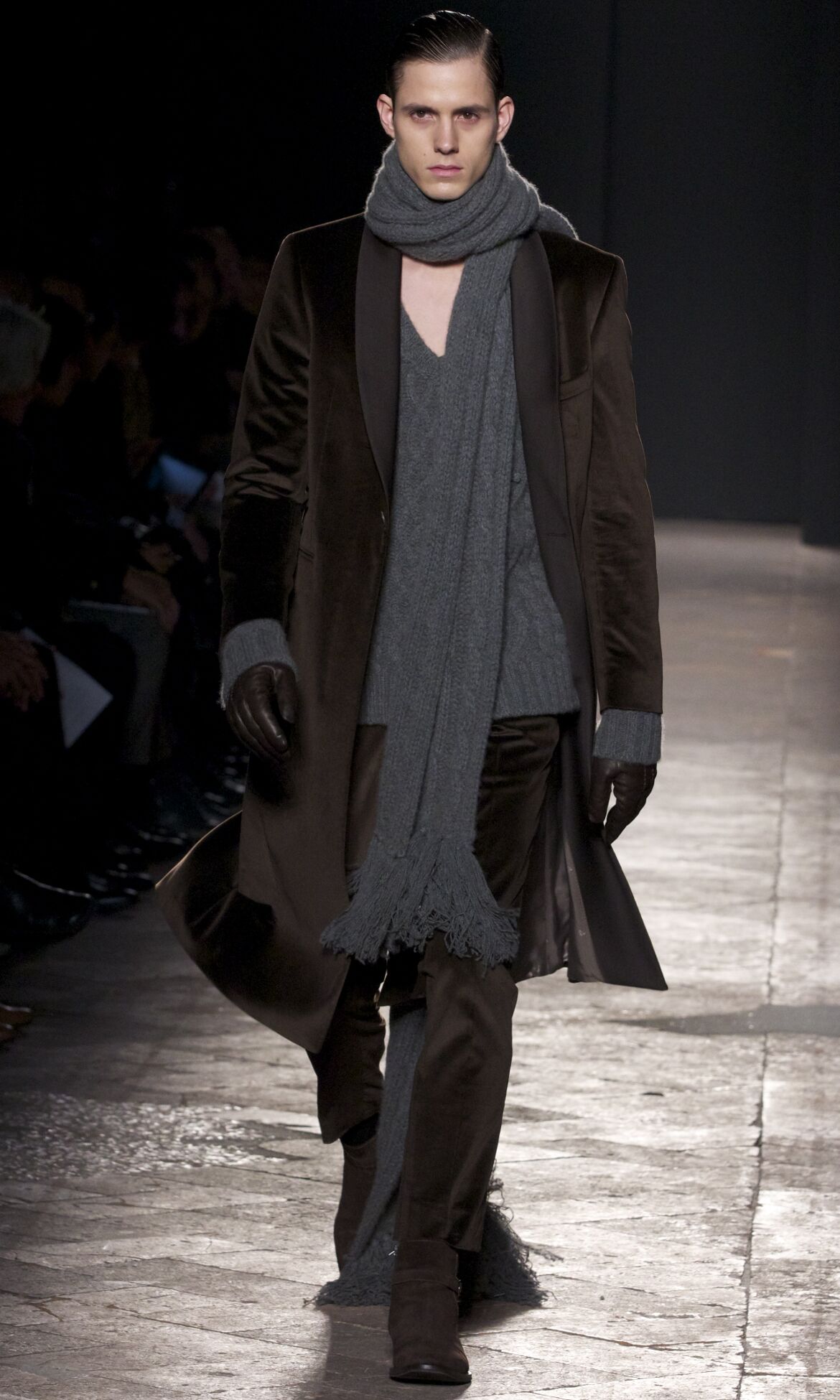 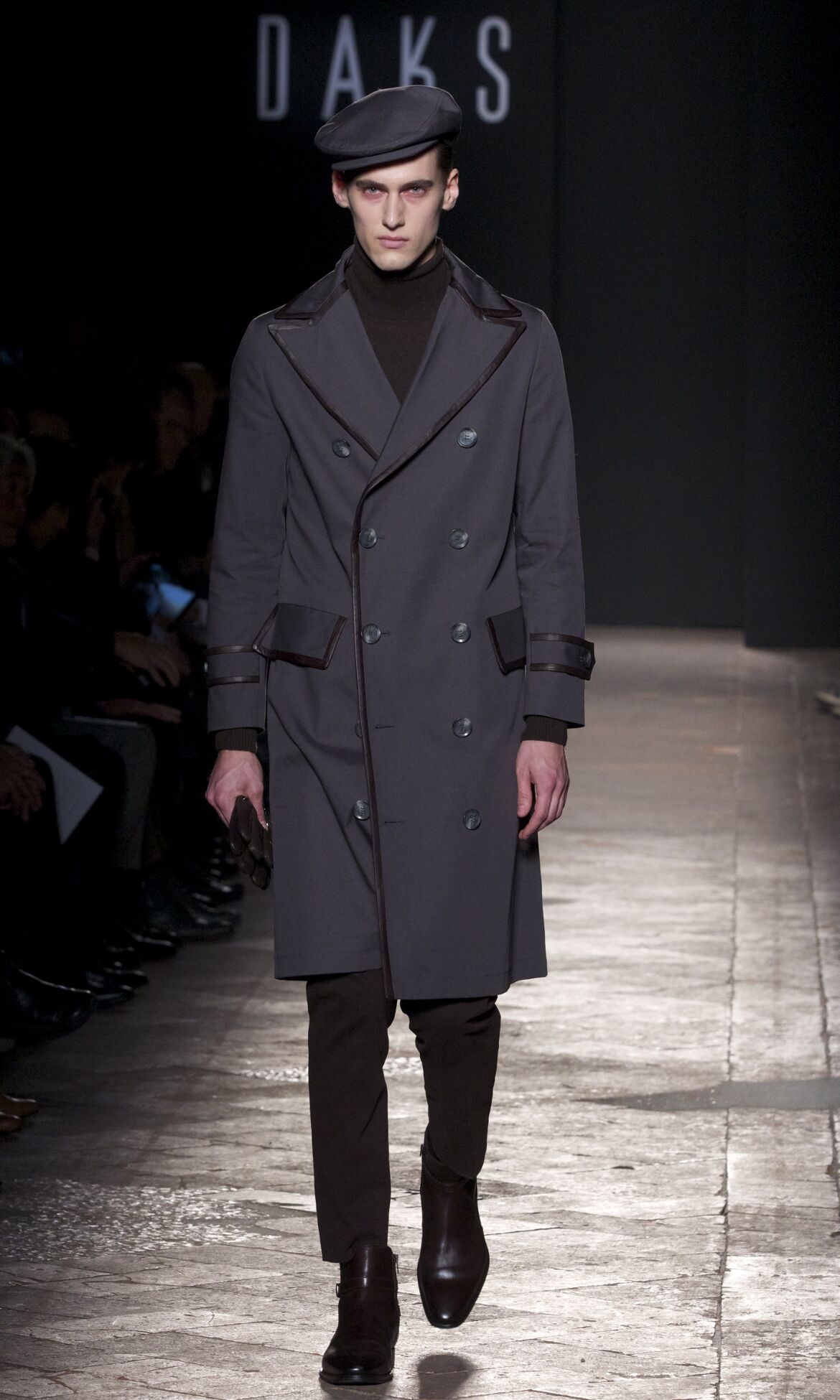 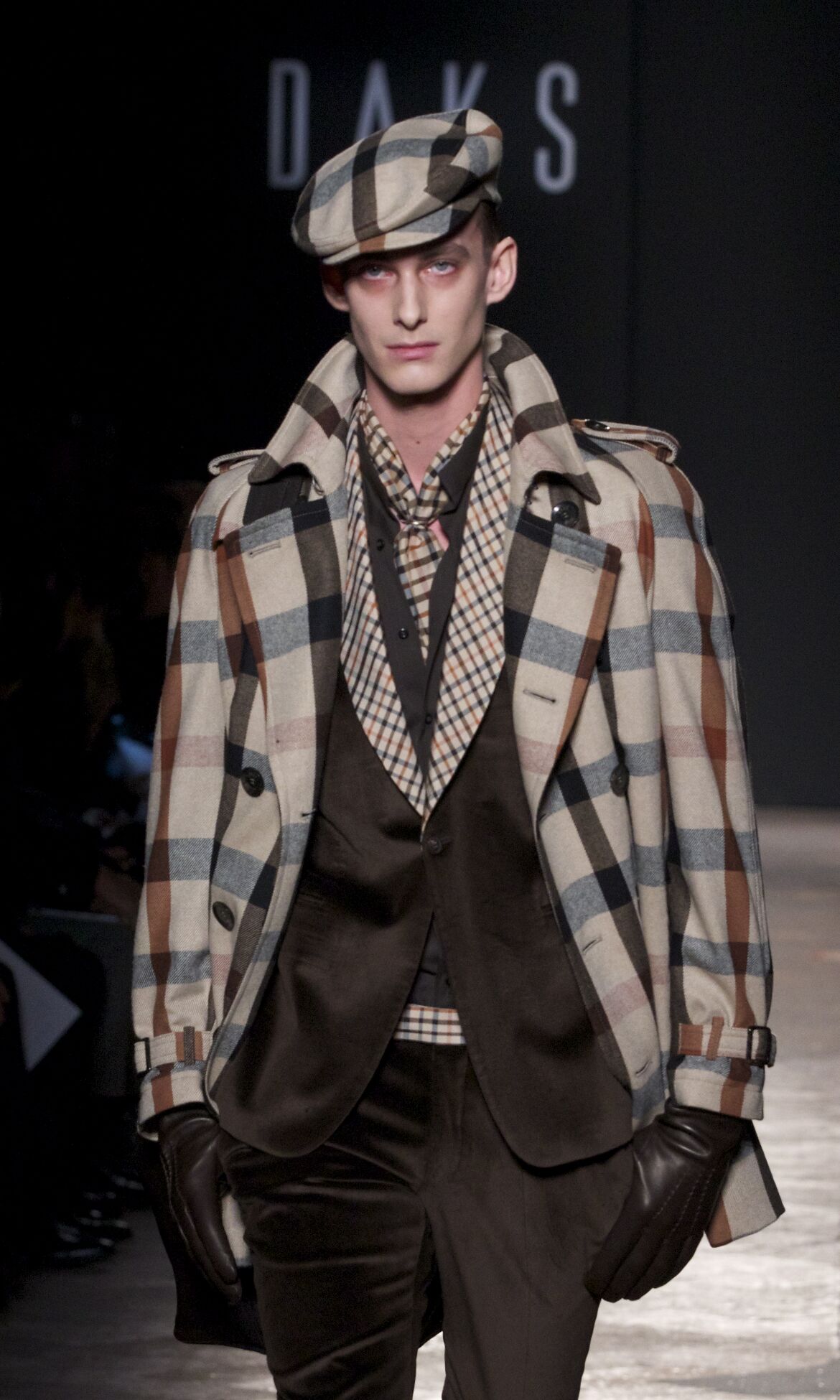 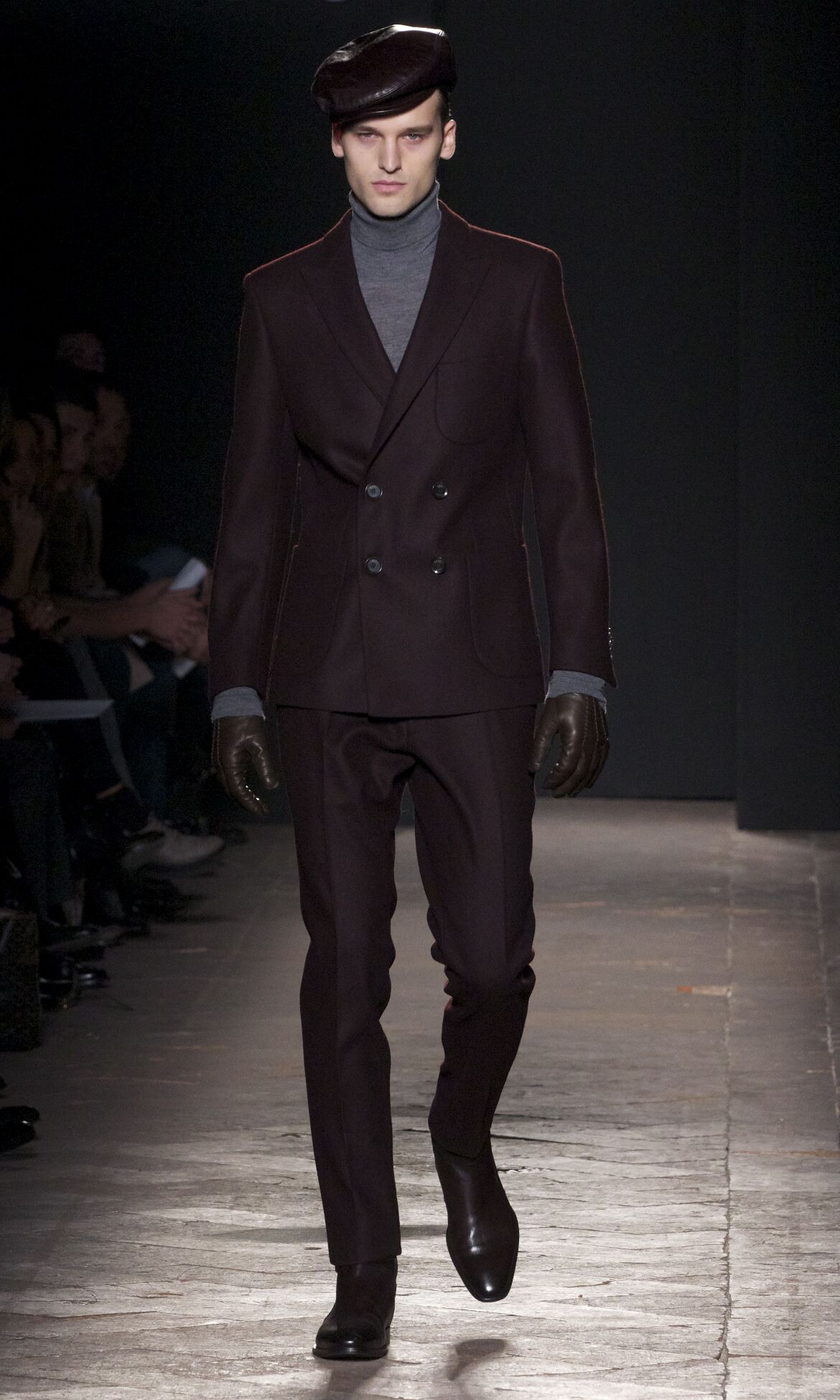