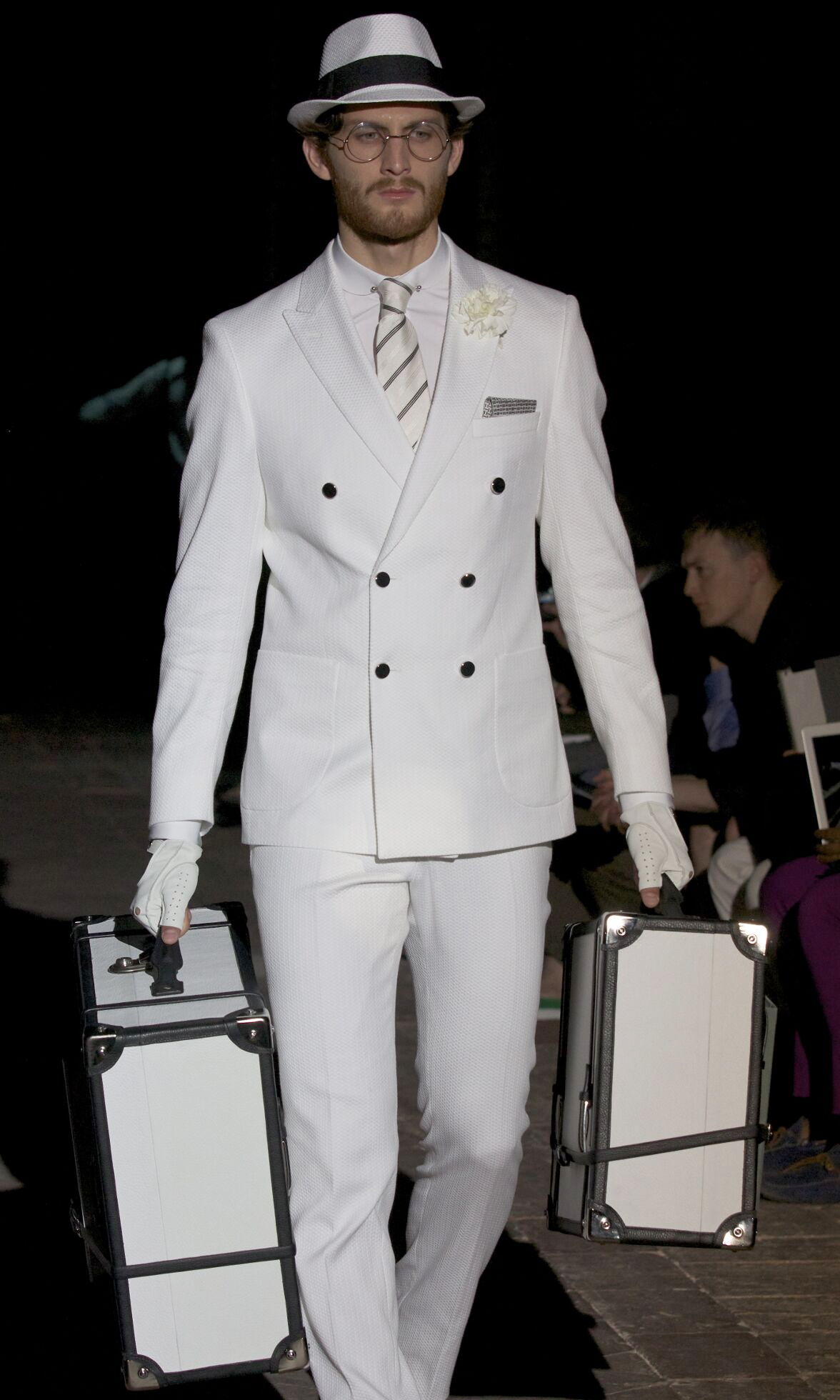 The DAKS menswear collection for SS14 takes its inspiration from seaside holidays in the early 1930′s, at that time a pastime for the privileged few.

The collection reflects the style of the English gentleman, elegant both in mind and manners, leaving for an exclusive holiday resort. The clothing and luggage evoke an impeccably dressed gentleman, strolling along the shore in Deauville, or sitting on the balcony of the Hotel de Bains, amid the white flowering hydrangeas.

The colour palette is elegantly neutral, with white, black and grey dominating. A sophisticated shade of dusty green brings to mind the sea in the late afternoon on the beginning of summer and the appearance of the DAKS House Check endorses the British Heritage of the brand.

DAKS’ heritage is also referenced in the trouser styles which are either simple and slim or more ample, pleated and high waisted, evoking the “self support” trousers invented and patented by DAKS in 1934. Suiting features double-breasted, slightly longer lenght jackets, in white piquet or in fine grey and black English worsted wool.

Knitwear occupies an important place in the collection. Produced in fine fibres such as cashmere, ilk and cotton, it refers in a precise, detailed manner to the epoch of the collection.

Accessories also play an important part, particularly bags, which are produced in fine luxurious leather, as well as crocodile and ostrich. Ostrich also features in a classic take on a Mackintosh trench.

This season certain iconic garments are given an eccentric twist, such as a dinner suit made in white toweling which is worn casually and lightly on bare skin. The sophisticated Englishman does not make any concessions to himself or his look, unless is some slight hint calculated irony which always shows us the way to elegance. 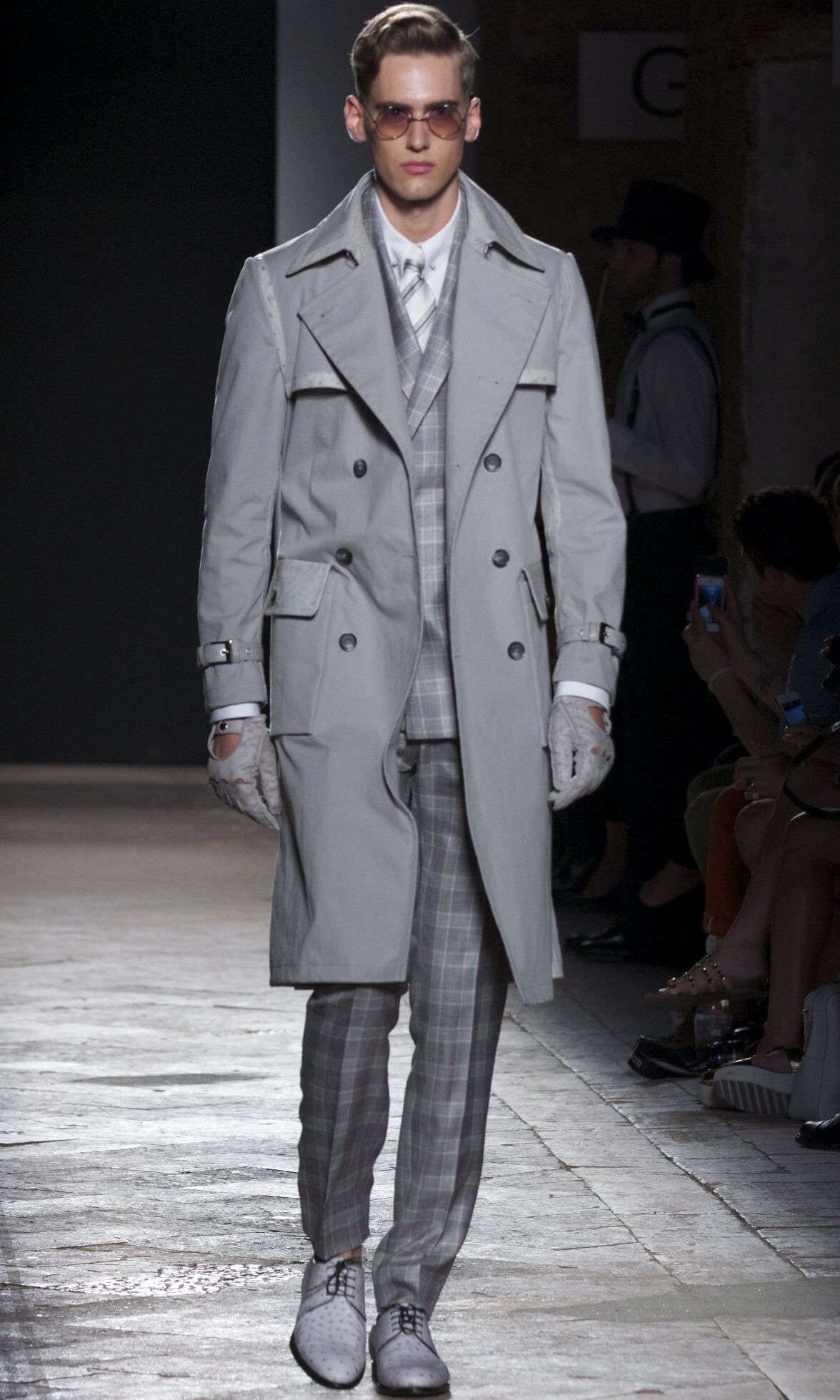 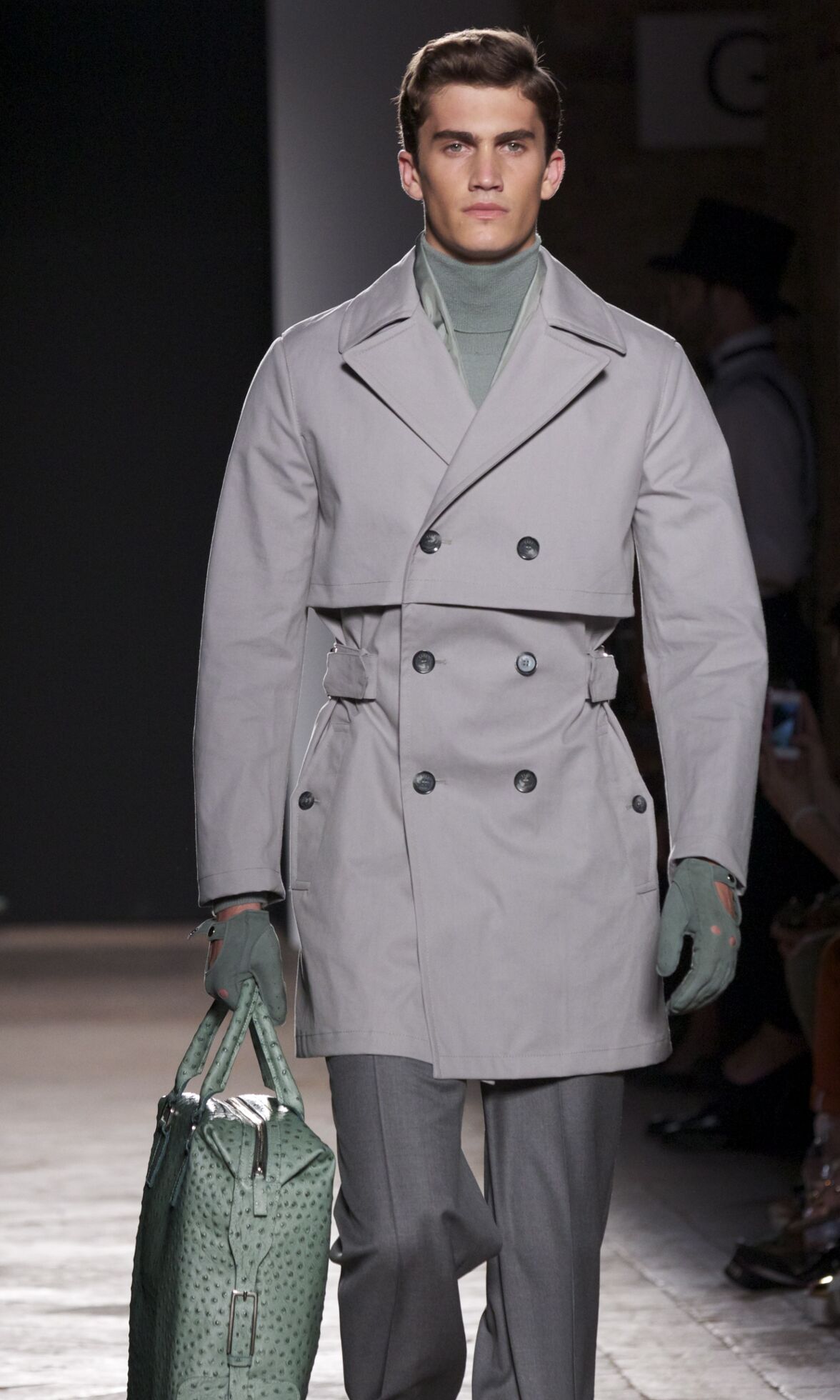 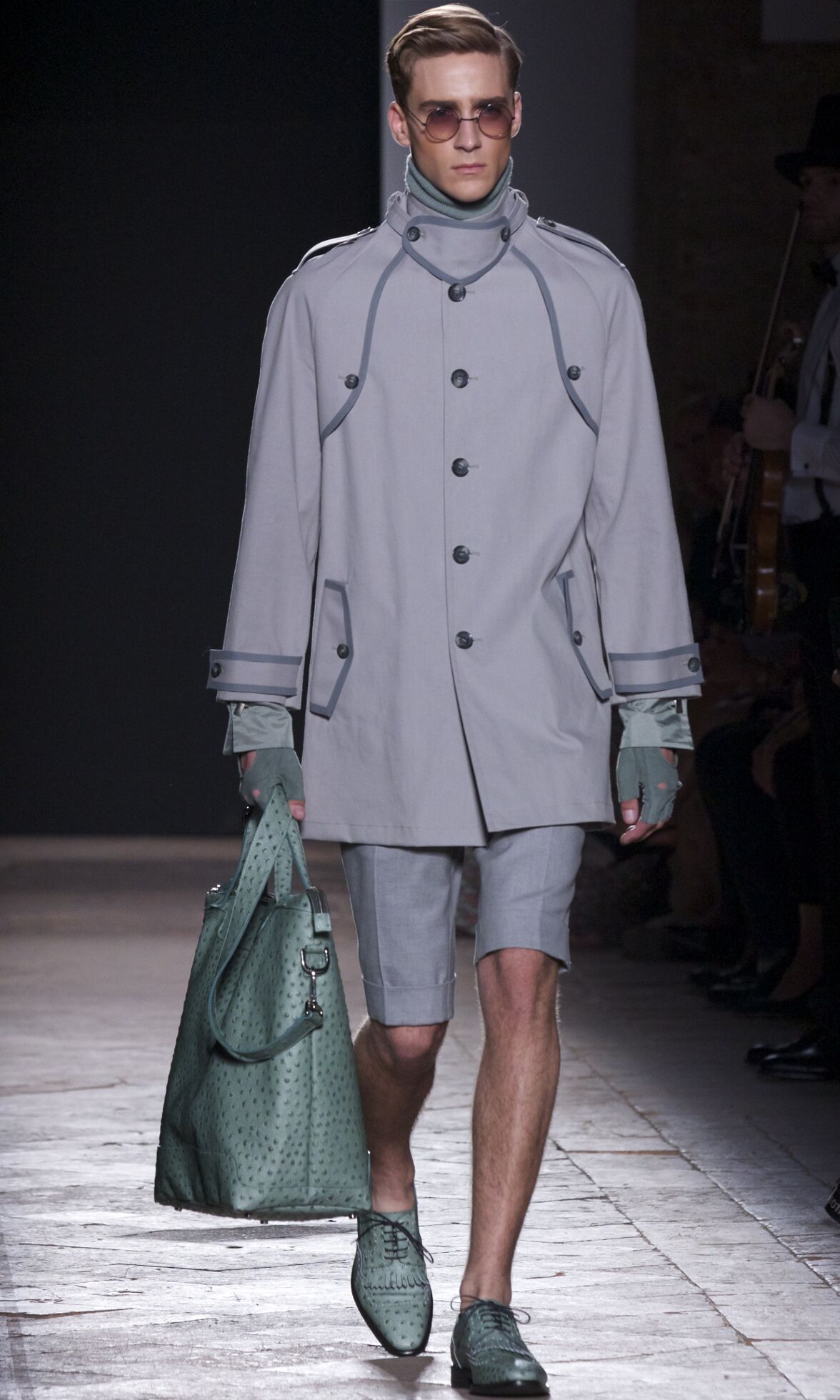