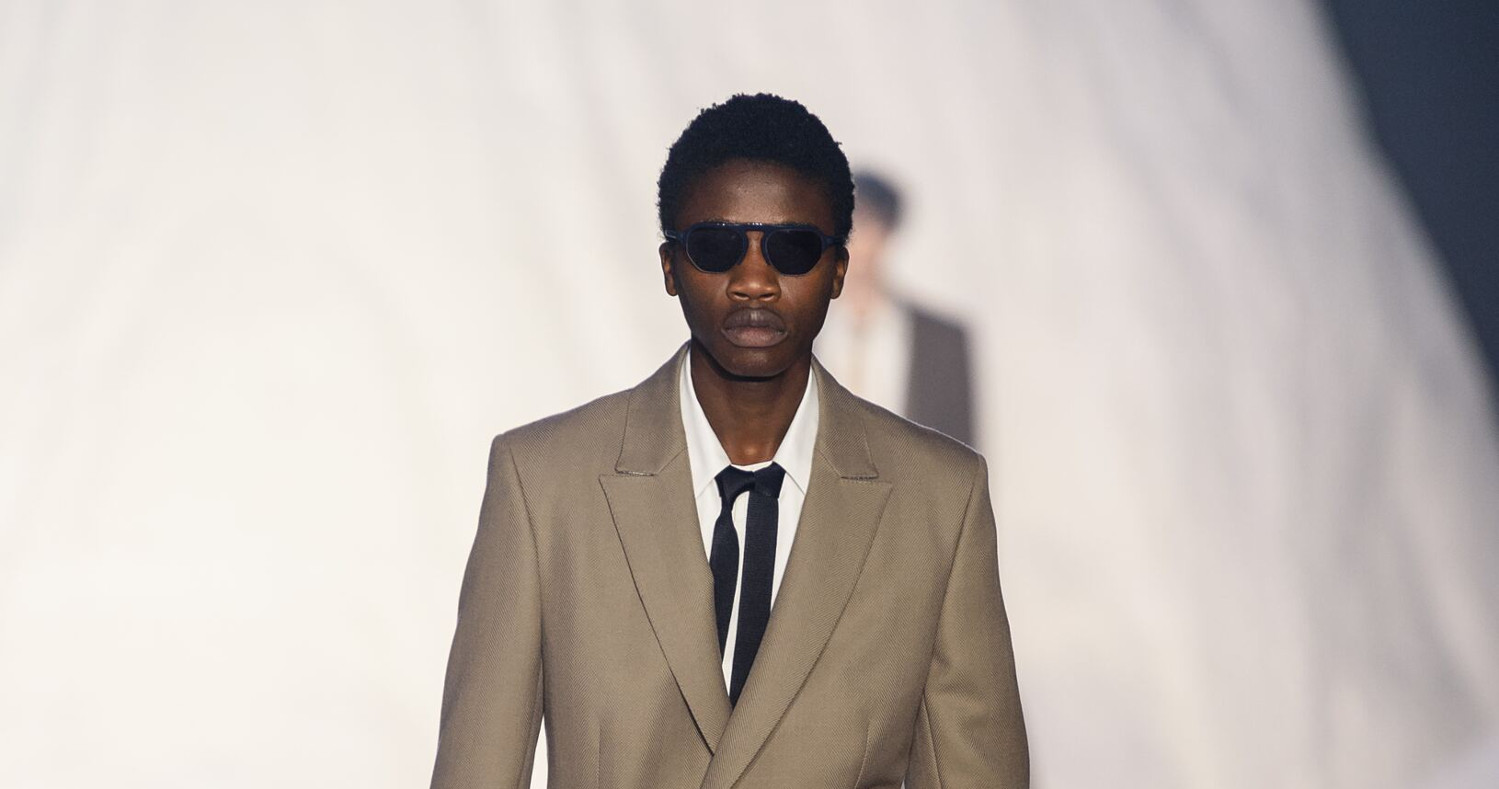 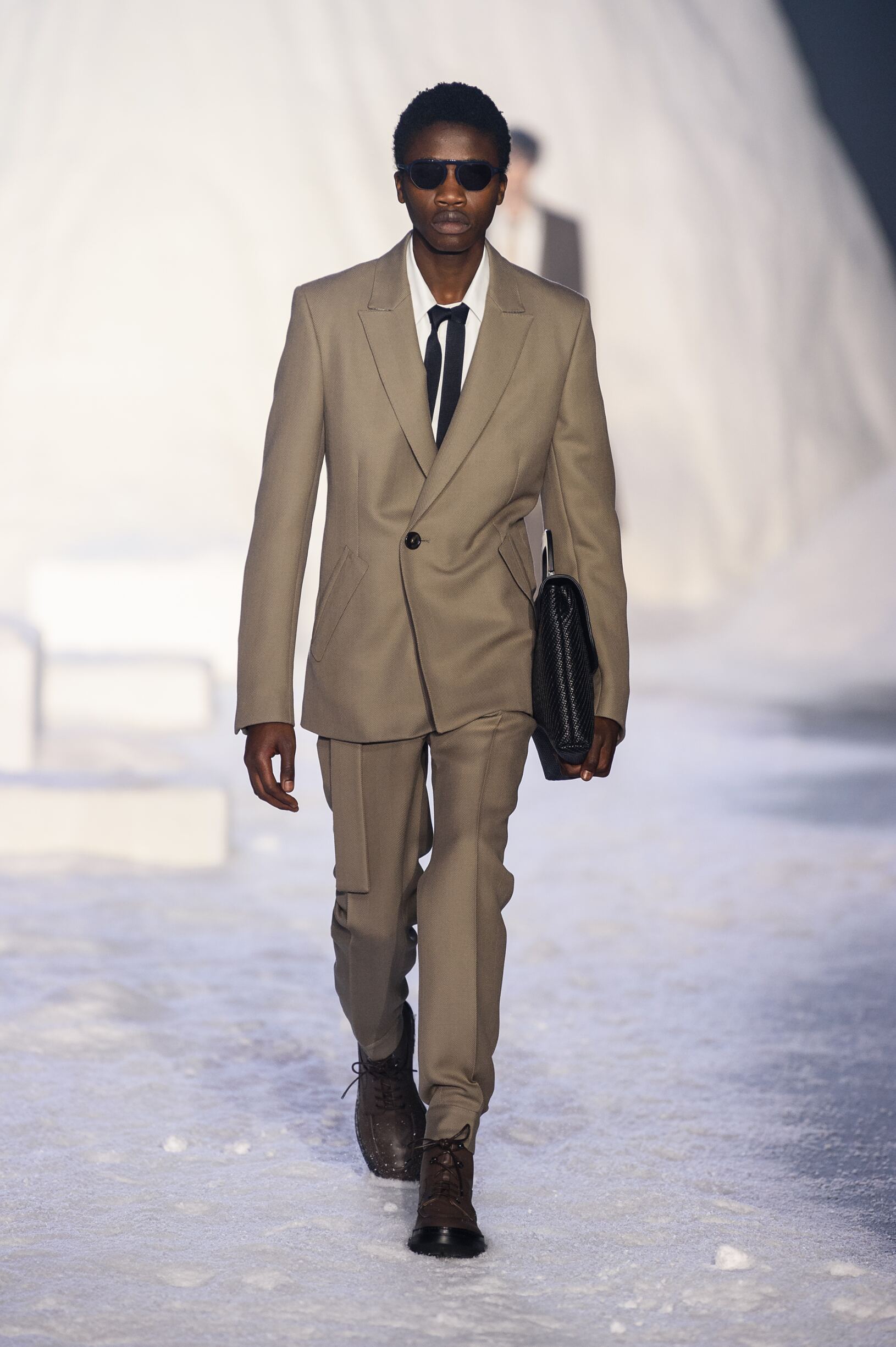 The brutalist premises of the Università Bocconi are invaded by snow, upon which models leave footprints, writing graphic paths as they stride. This engaging situation stems from SNOW, a collection of photographs of frozen landscapes created by artist Thomas Flechtner, who has been actively involved in the creation of the show space, giving a surrounding three-dimensionality to the eternal man vs nature dialogue.

Sartori keeps perfecting the path he has defined for Ermenegildo Zegna since his arrival at the creative helm, devising a modular wardrobe that seamlessly fuses sports and tailoring, indoors and outdoors, keeping the Zegna Couture quest for excellence as a frame. The silhouette is sharp yet soft. Geometric necklines and the carved ‘n curved lapels characterize the upper part of the body. The sense of precise ease is captured in the new ‘one 1/2 breasted’ construction: halfway between single and double breasted, it is used for jackets as well as coats with a nonchalant élan.

Traditional categories are mixed up and reshuffled. The duvet takes the form of a wool anorak, knitwear doubles as outerwear, while matching blousons and trousers are a rapid substitute for the suit. Painstaking intarsia draw details such as pockets directly onto the fabric: an expression of virtuoso pragmatism that carries in the jacquard fabric. Neckties make an unexpected appearance, worn as double-knot scarves. Throughout, adjustable hems give trousers decisive practicality, underlined by the sturdy mountain boots.

Fabrics are precious and supple: cashmere jacquard, compact mohair, brushed alpaca, wool and cotton corduroy. For the first time, even the brighter tones are present on the new Oasi Cashmere, which features an innovative sustainable dyeing process exclusively developed by Lanificio Zegna, where colors are obtained only from natural elements such as flowers, herbs, wood, leaves and roots, reflecting the principles and values of the Oasi Zegna. Also the color palette is inspired by the Oasis’s environment: a mix of neutral tones of edelweiss white, pebble grey, birch beige with notes of vicuña, bulb red, pine green and dashes of crocus purple, chanterelle yellow, azalea orange.

“I am interested in expanding traditional techniques, creating hybrid shapes that are apt for new uses, getting contemporary function out of traditional craft” says Ermenegildo Zegna artistic director Alessandro Sartori “We work around sartorial neologisms, which this season I have labeled with another neologism: Snowriting. Formal merges with informal in a sublime snowy scenario.” 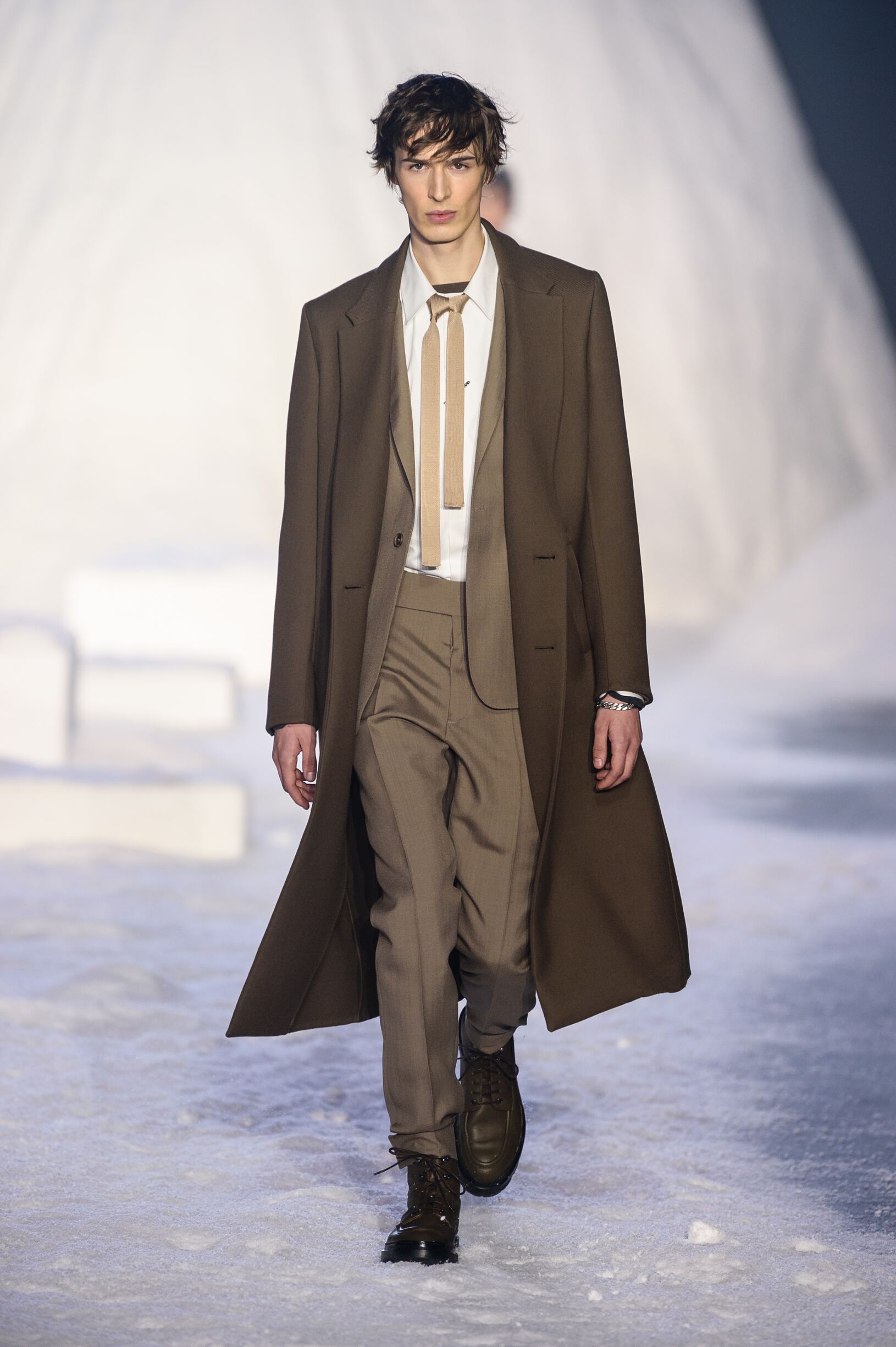 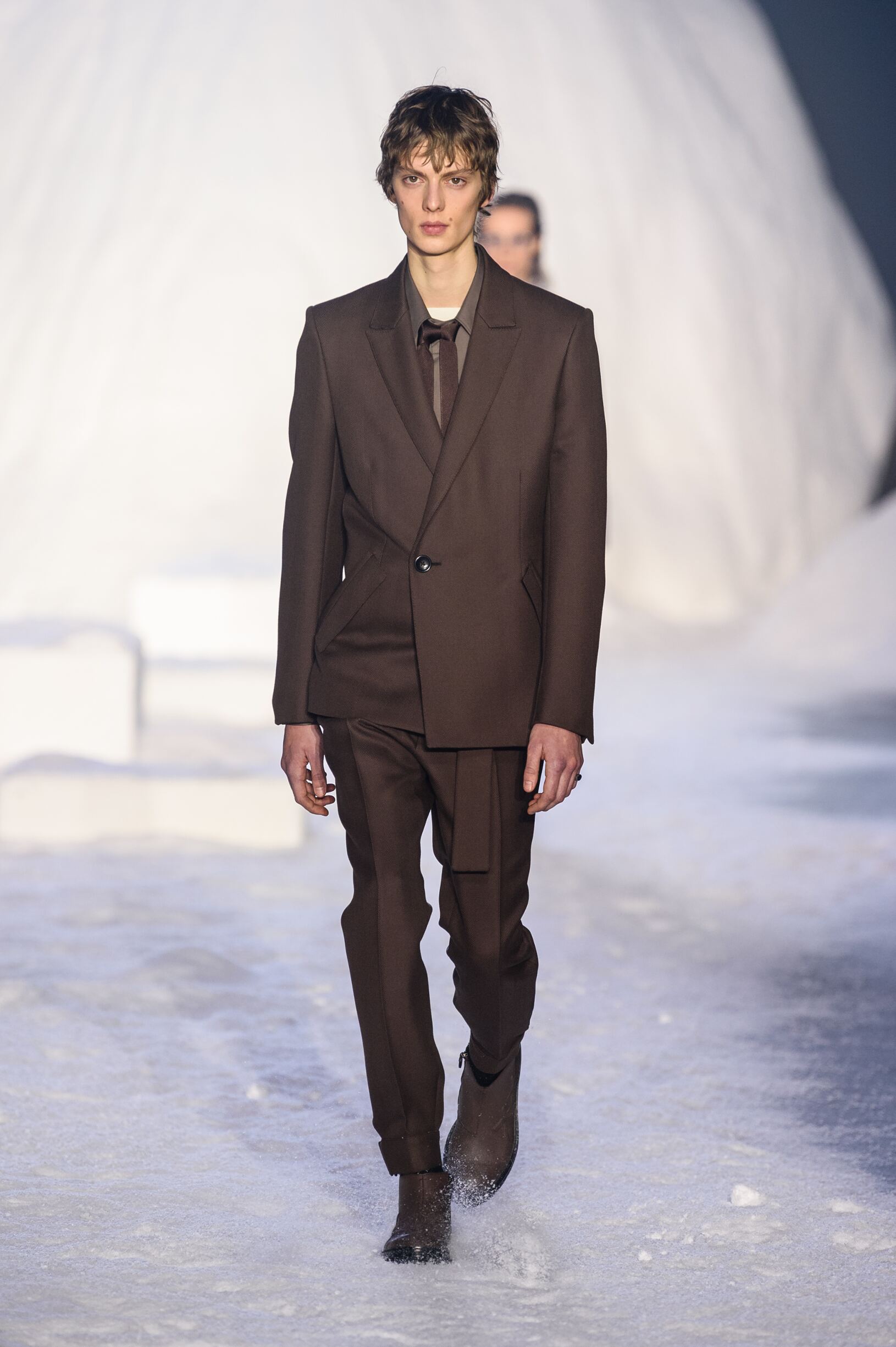 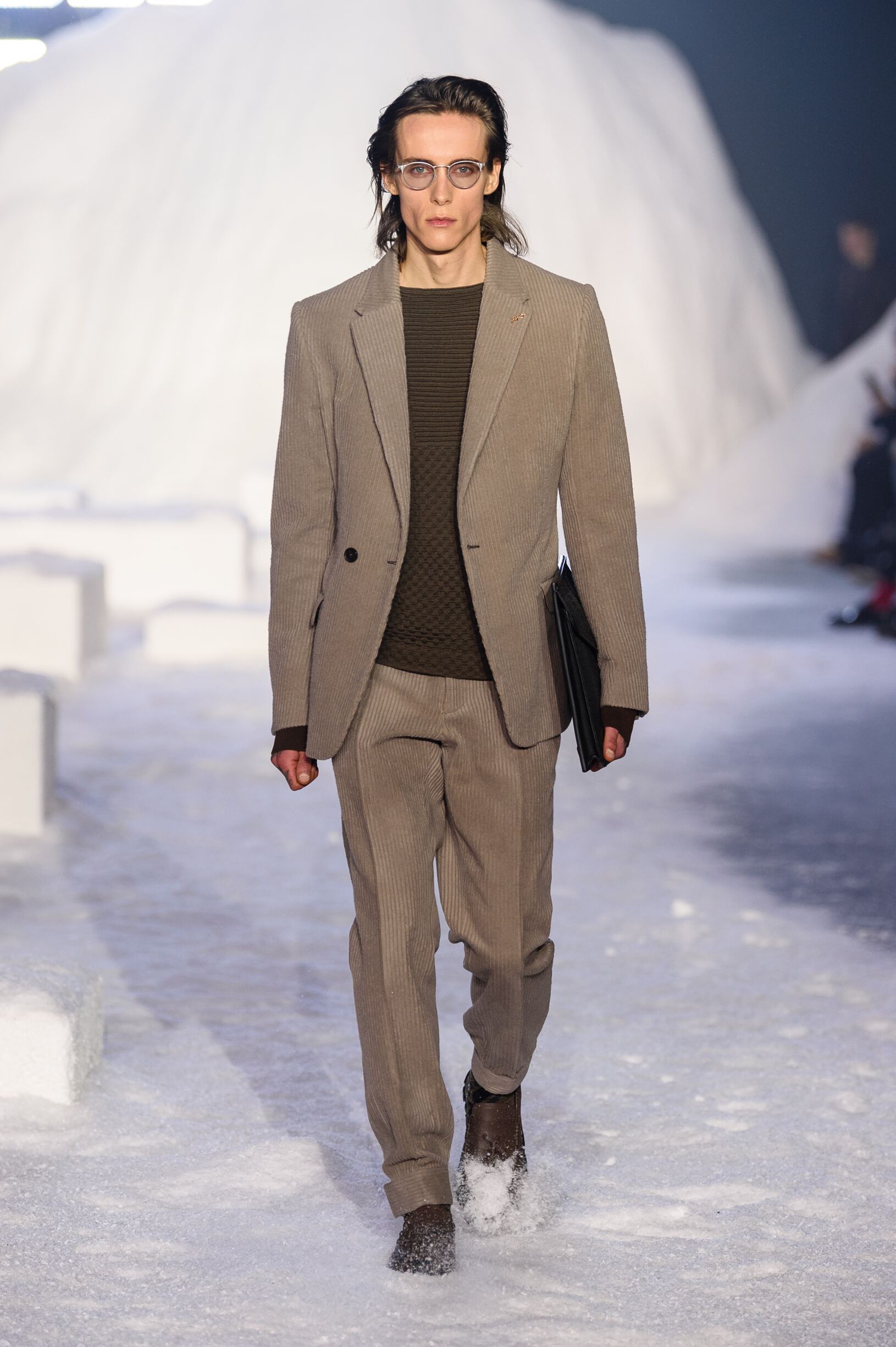 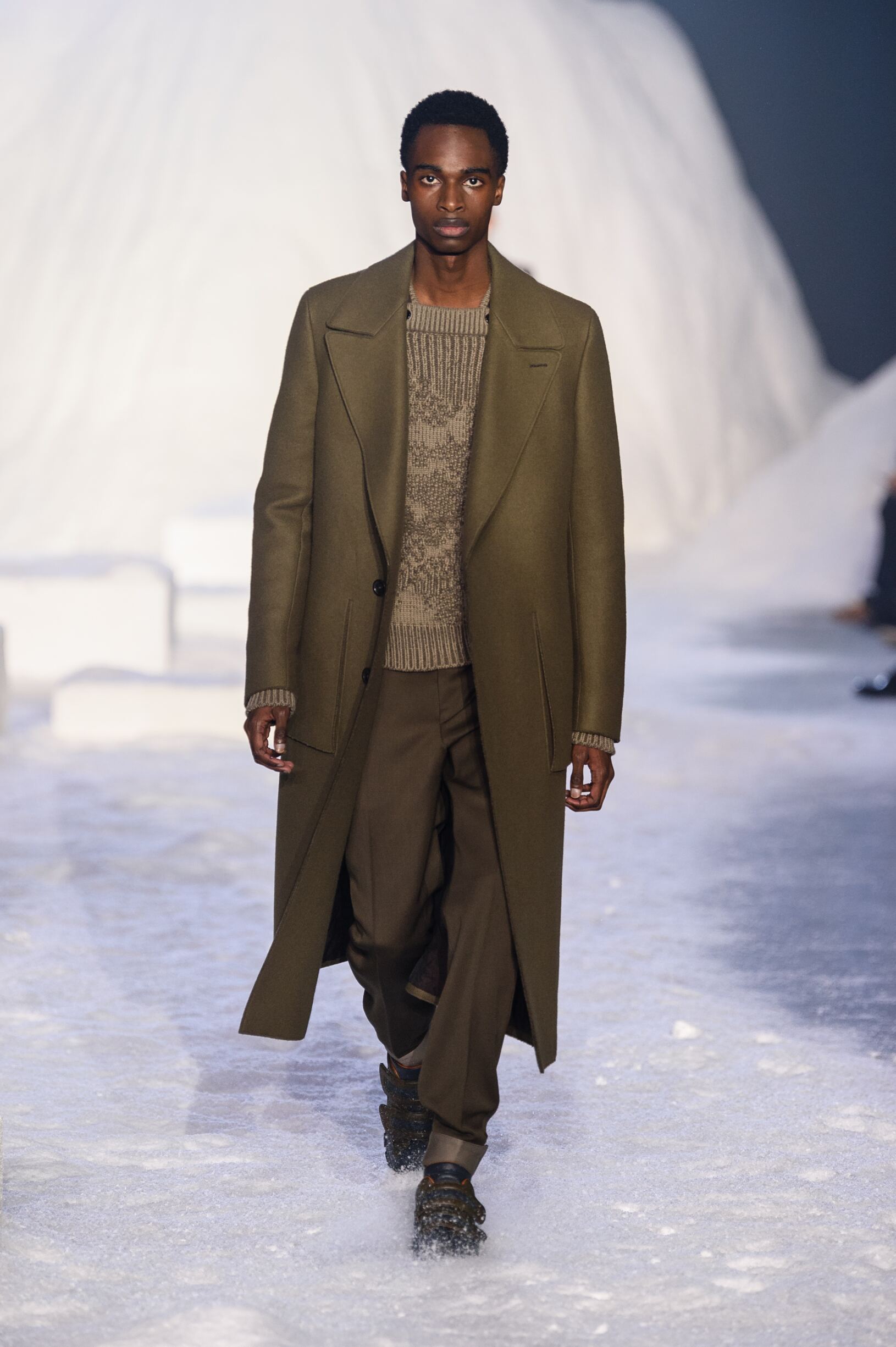 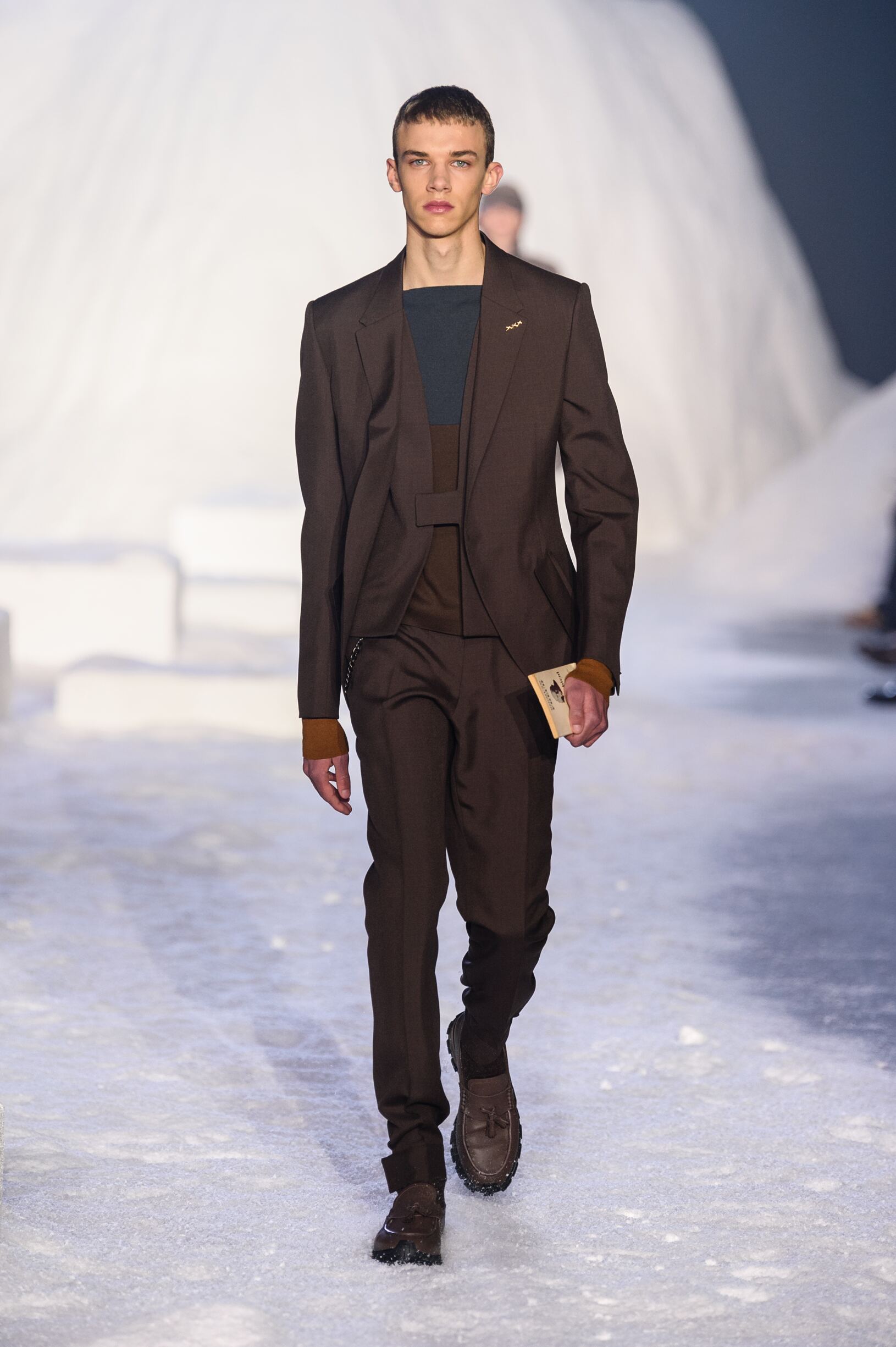