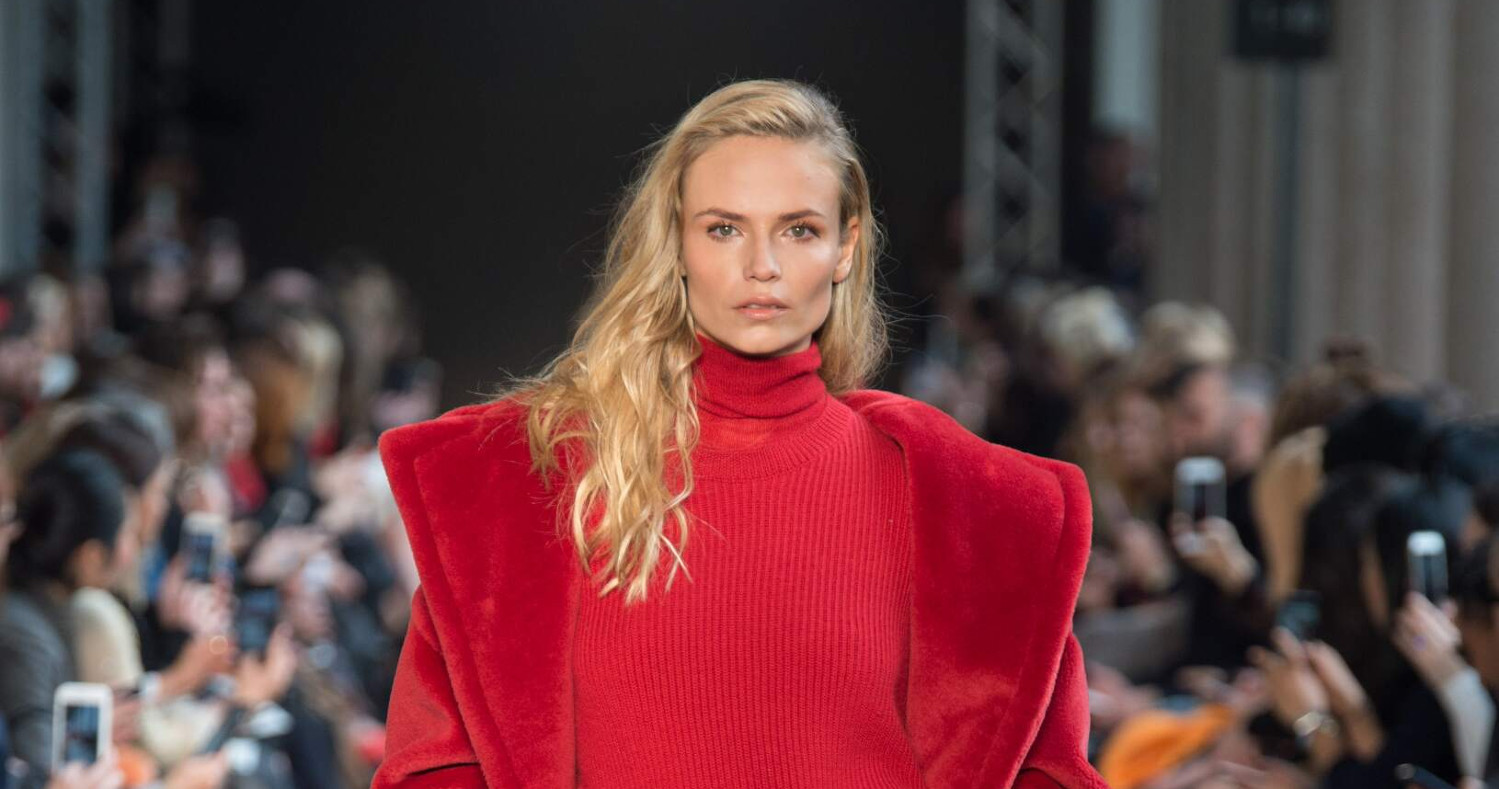 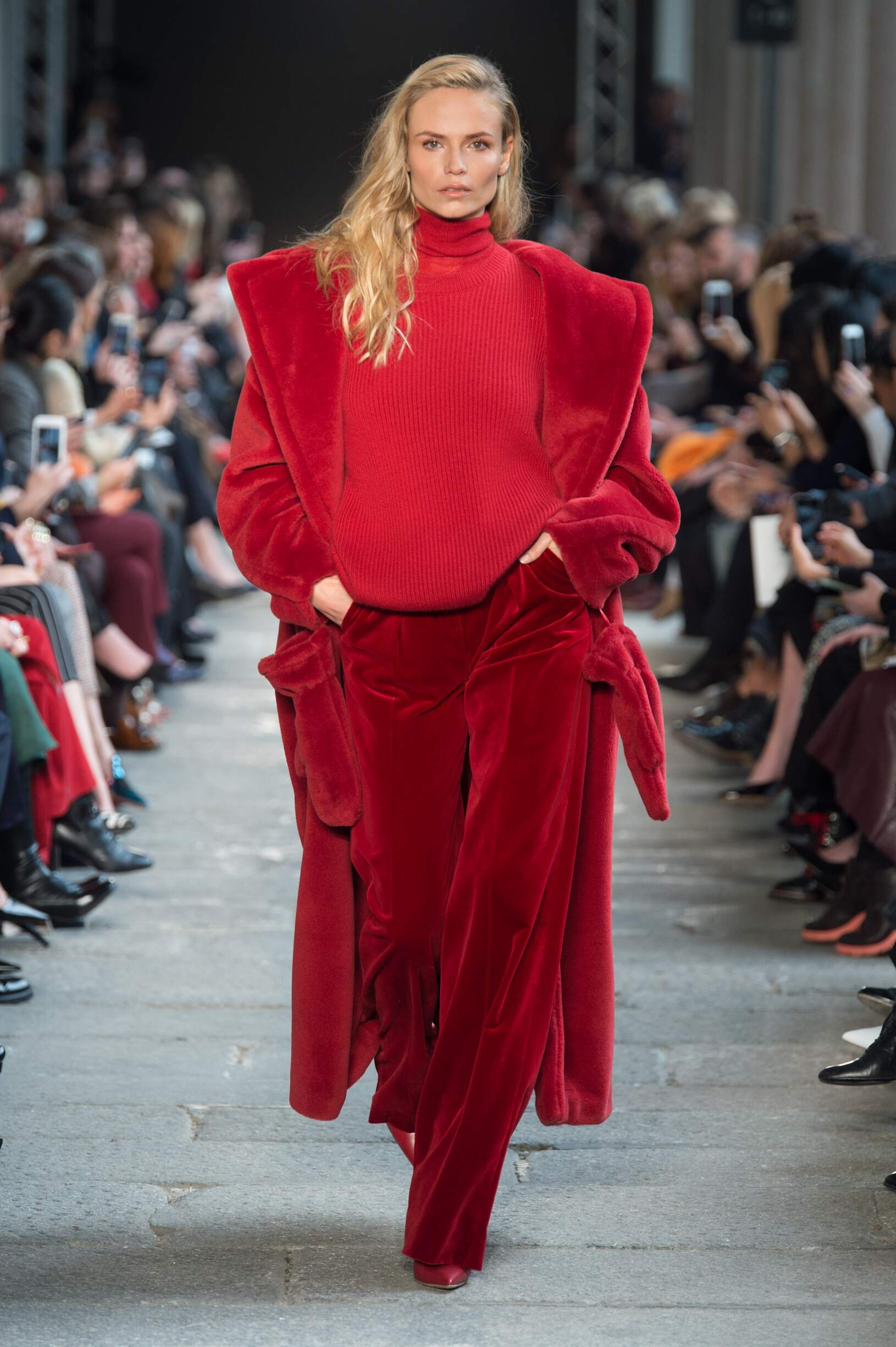 From Vitruvius to Rasmussen; the architectural greats have made a habit of assembling their ideas into high-minded treatises. After more than 65 years in the game, Max Mara could feasibly eld a design manifesto to rival any of them. That reverence for the guiding principle is somehow more Nordic than Latin and there’s something about the quest for luxury within reach (just about, if you work hard enough) that chimes with Scandinavian ideas about democratic design.

In mid-century Sweden, the Slöjdföreningen coached edgling couples setting up house. Spreading the credo that beauty is hon- esty they laid down the rules: a linoleum oor should look like linoleum, not stone; the construction of an armchair should be clearly expressed, not hidden beneath extraneous upholstery; super uous decoration should be shunned. Max Mara has no argument with any of that – after all, why would you want to make cashmere, camel’s hair, yak or alpaca look like anything other than what they are? Not that the strict Swedish design canon (or its icy climate) produced a nation of cold ascetics; to wit Ingrid Bergman and Anita Ekberg.

Their frosty looks combined with utterly Italianate temperaments inspire Max Mara to recast of the Milanese sartorial tradition with a Nor- dic spin. The mood is captured by Johnny Dynell, whose soundtrack – Vivaldi set to a Scandi dance beat – pulses through the Palazzo Del Senato’s restrained neoclassical colonnades. Executed in colours from the Max Mara Pantheon – camel, cognac, casha, grey, and emphatic red – the look is at once discreet and head-turning. There’s Bergmanesque swagger in a new full skirted silhouette, pleats aring from the waist, slouchy glamour in a double face camel hair sweatshirt, insouciant elegance in the knits which are the key to this season’s mood; rich cables and ribs.

The principal argument in Max Mara’s thesis? Il cappotto – the coat; each one a perfect conjugation of material, form, nish and tness for purpose that would delight even the Slöjdföreningen. The newest of all are signature classics realised in intriguing hybrids; camel hair artfully tailored with shearling and bonded knit – cardigan coats that articulate a chic, youthful elan. Their deceptive simplicity the fruit of over half a century’s know-how. A modernist take on cat eye sunshades, a deconstructed bag with a shearling liner that spills over to the outside, and a pointy toed pump complete the look.

Max Mara has long championed the modern heroine in her climb to the top – no matter how tough the going, the brand helps her to make it look easy. Cool, cultured, un appable and highbrow; Max Mara anticipates her nal push to the summit. 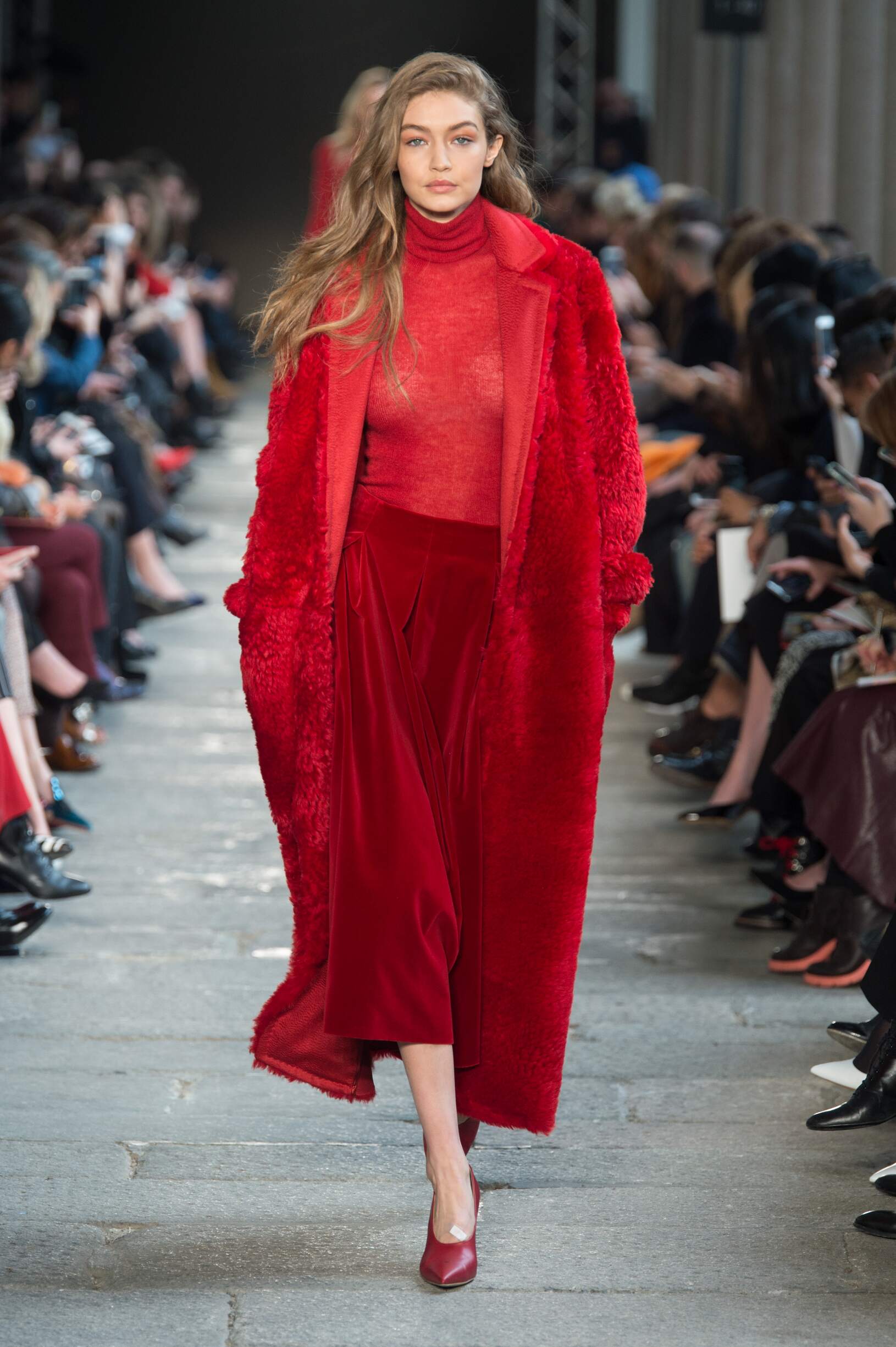 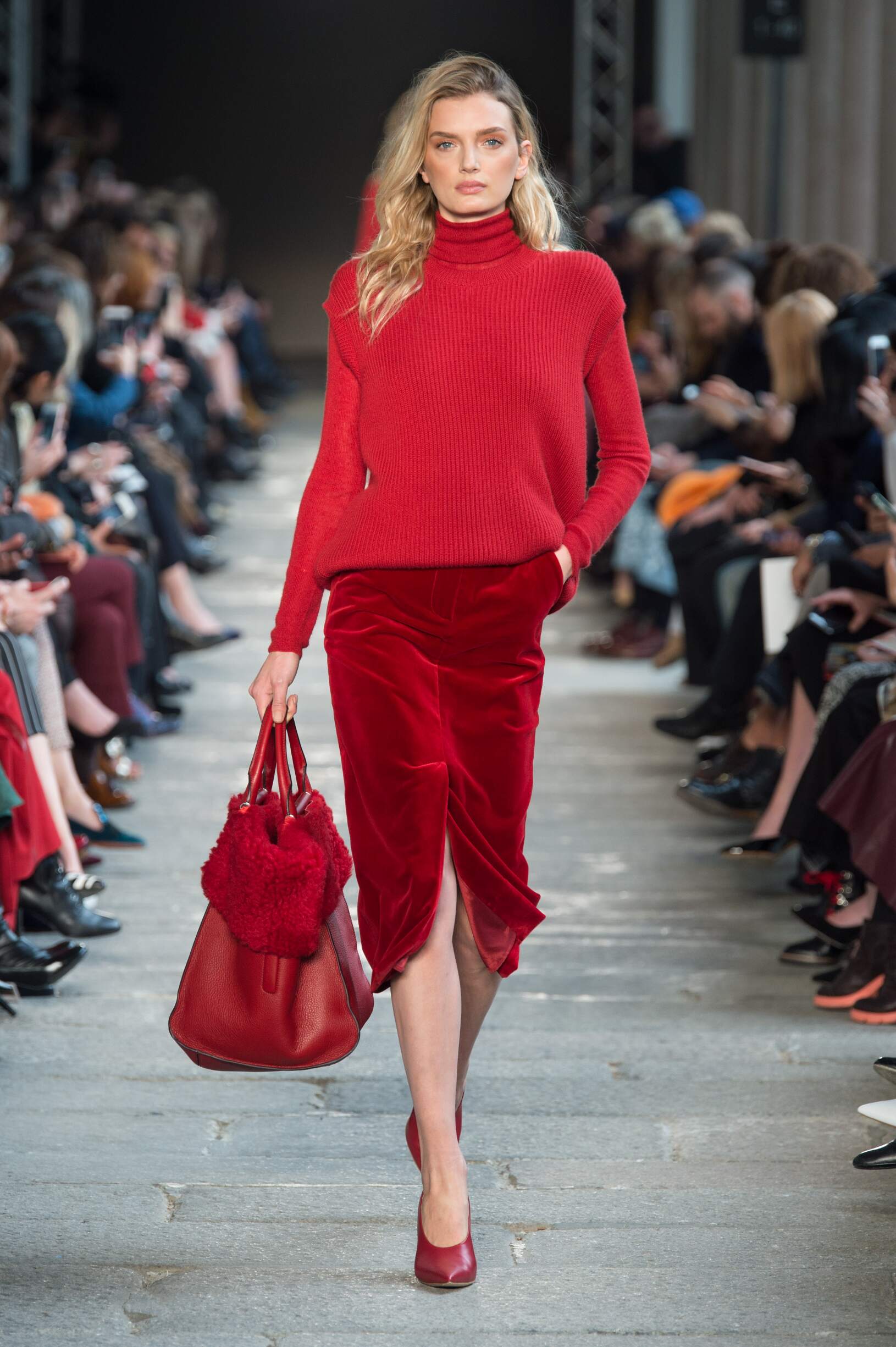 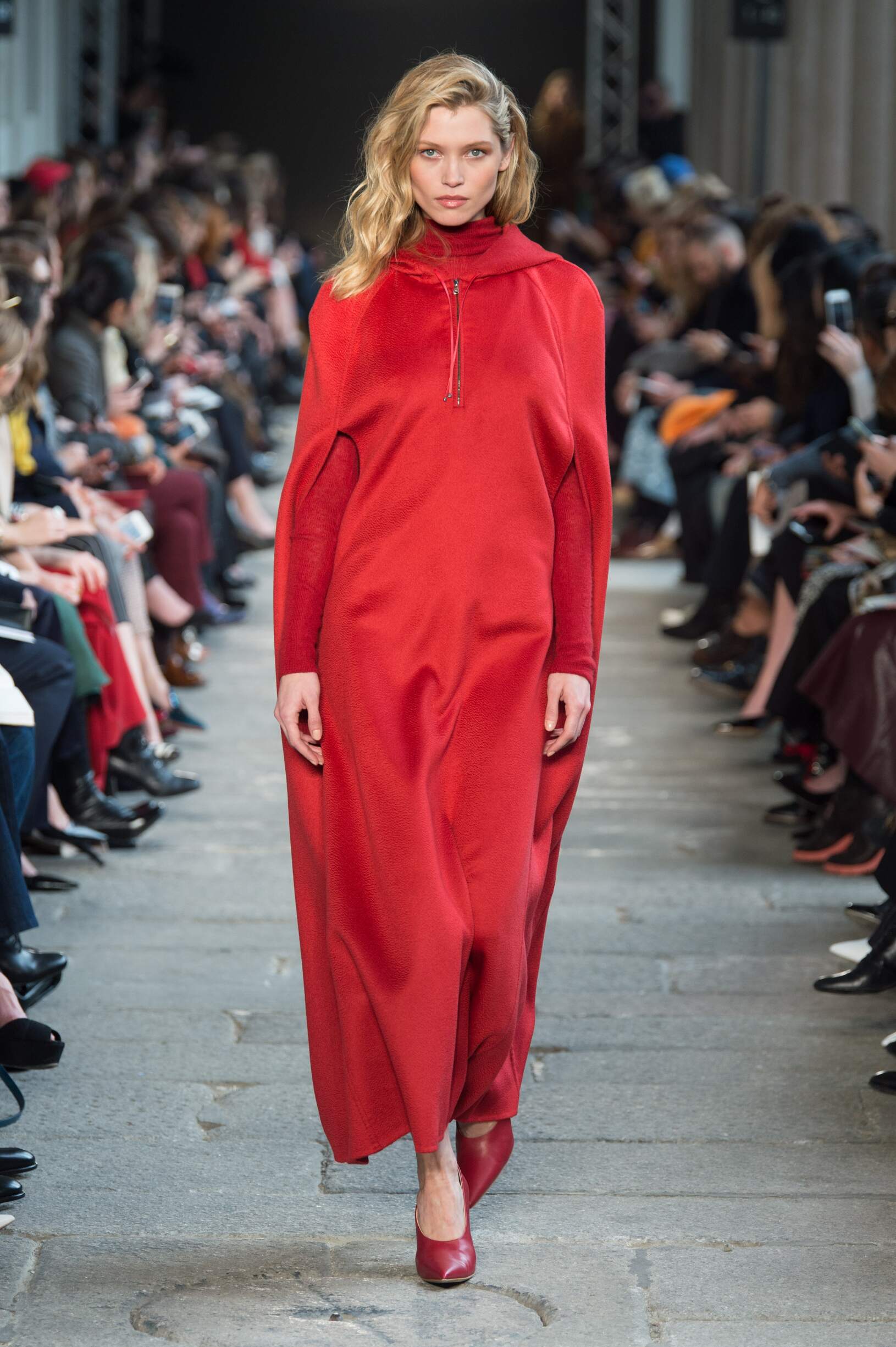 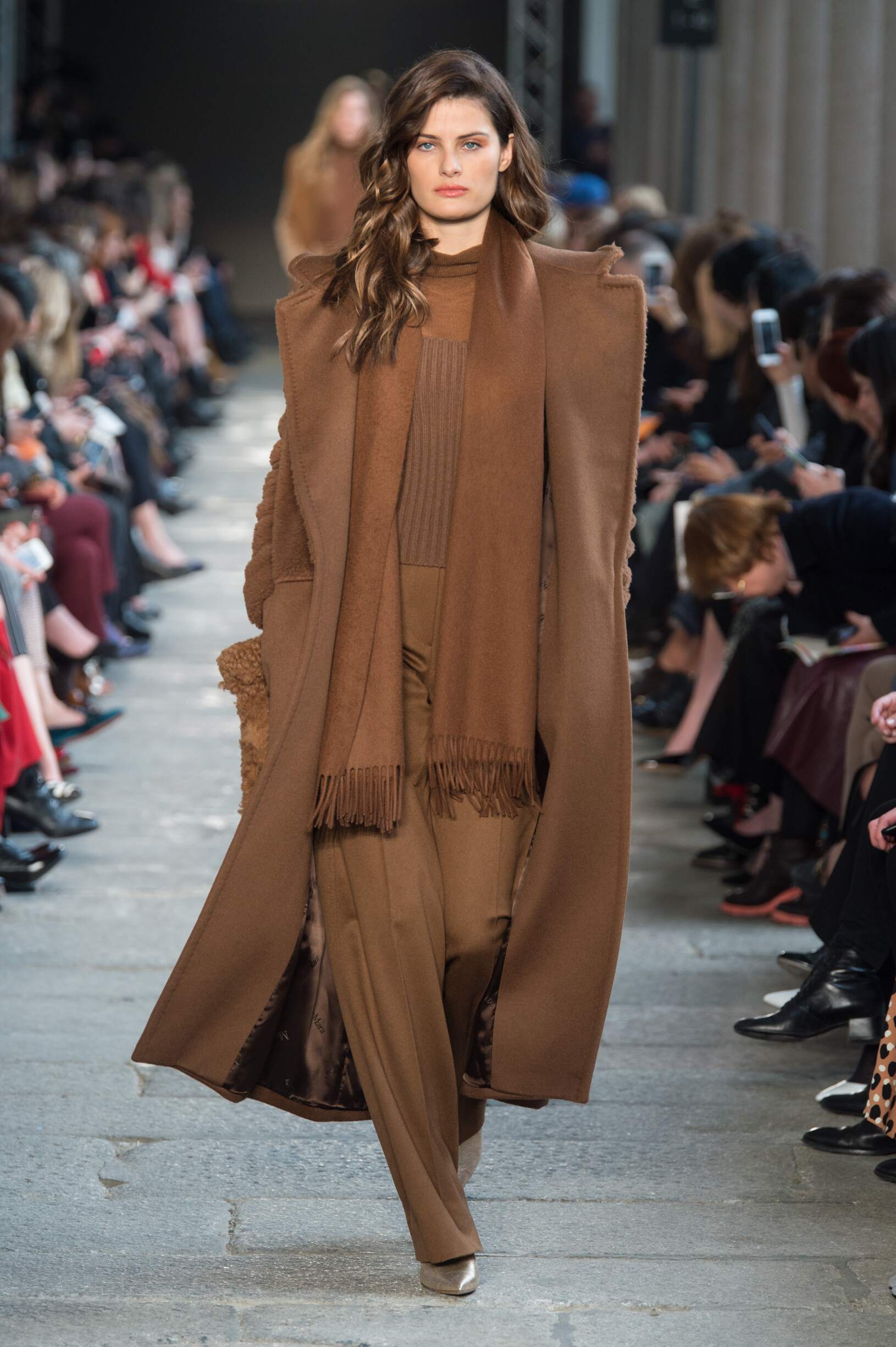 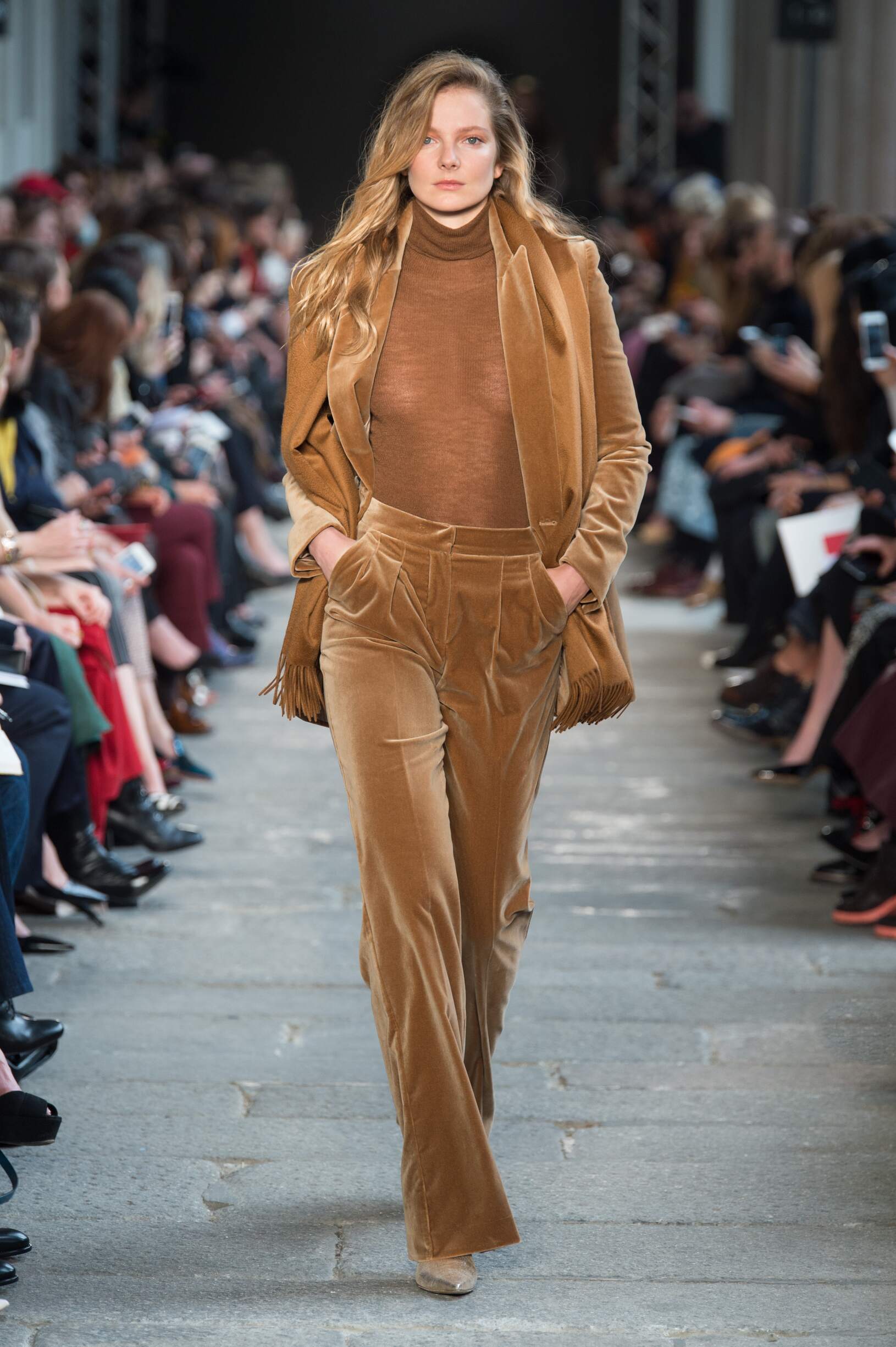