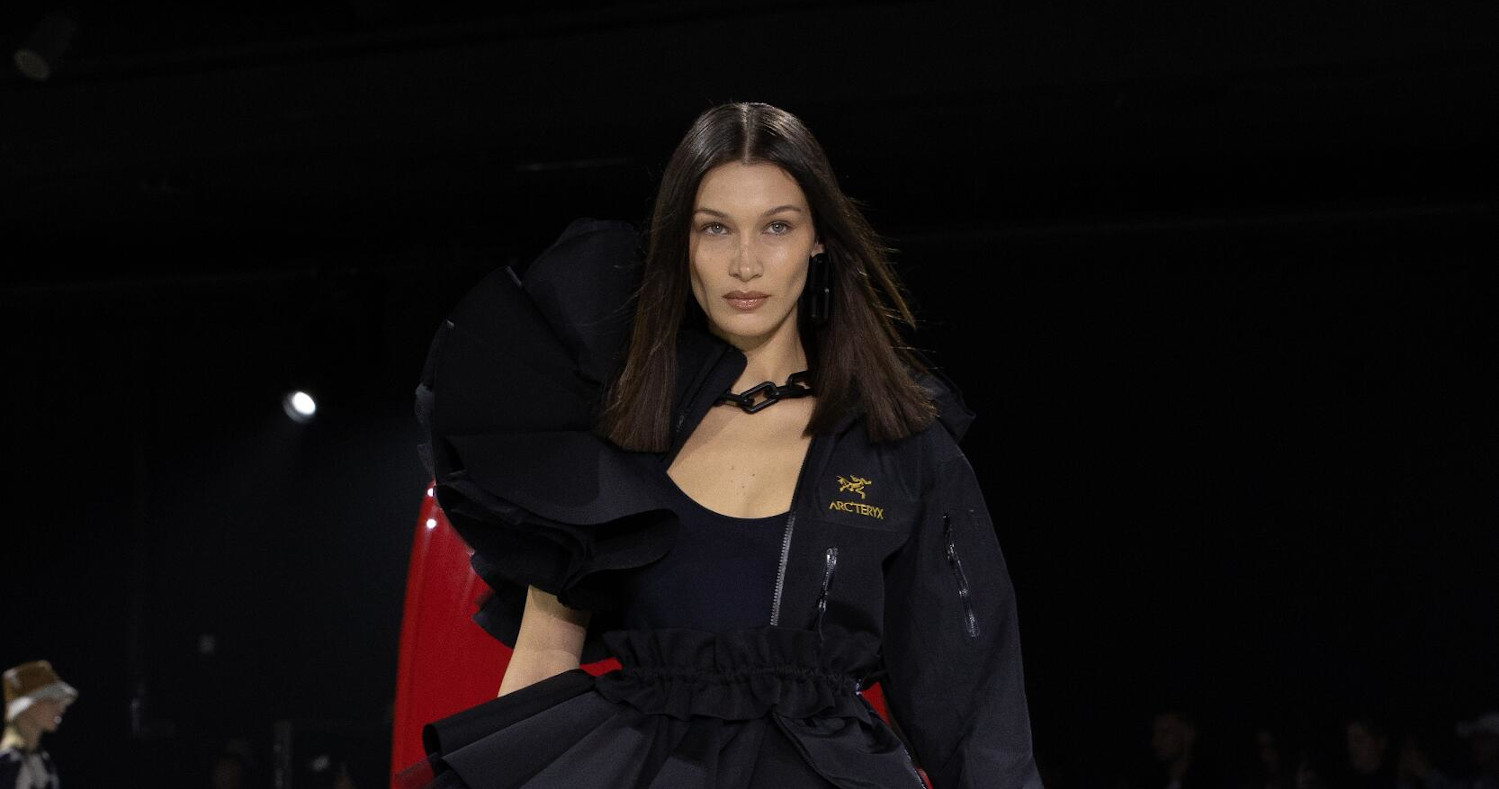 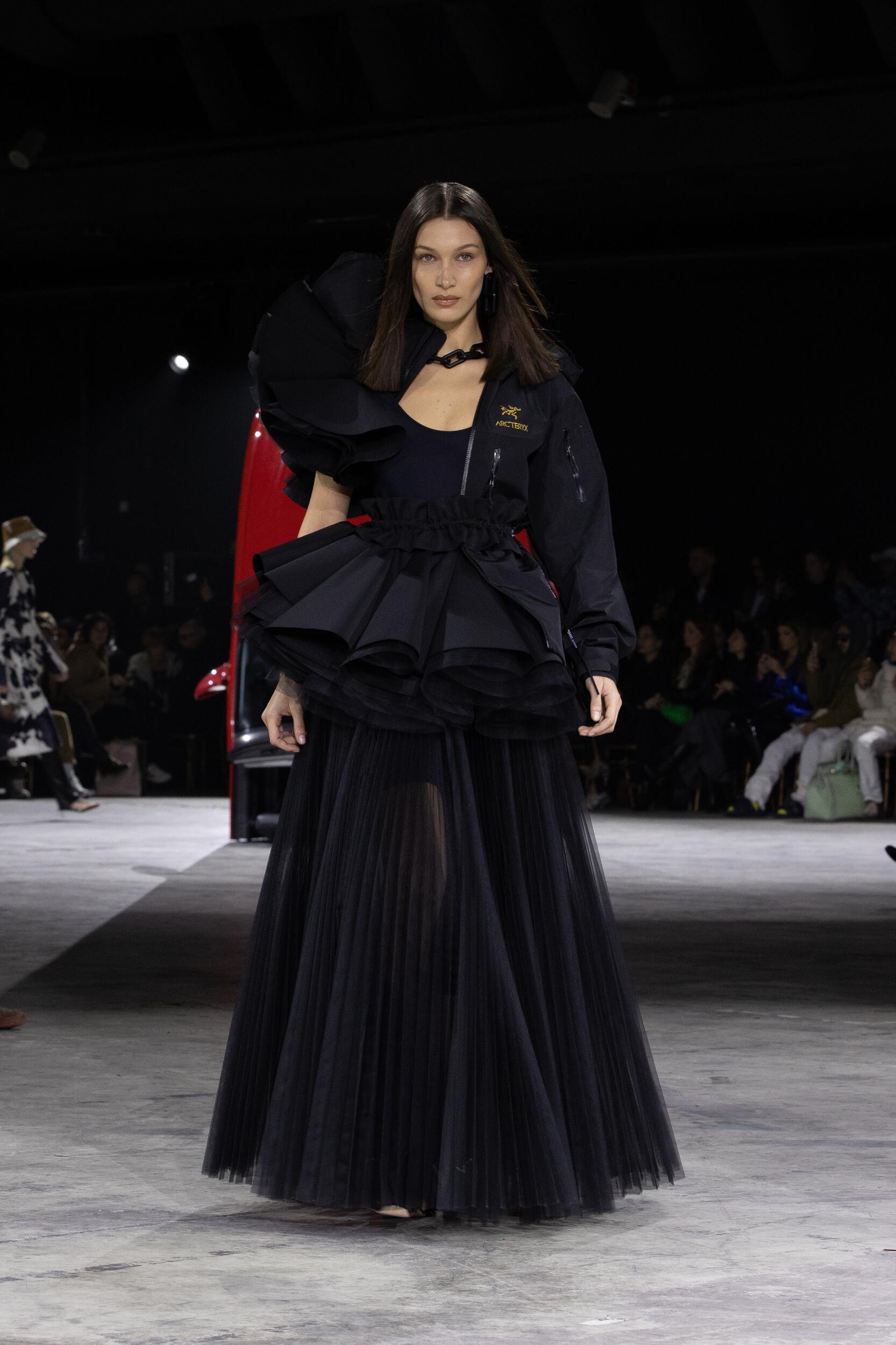 For his Fall/Winter 2020 womenswear collection, Virgil Abloh further develops Off-White’s codes with a sense of contemporary realism, beyond the hems of the fashion industry. He looks at the world at large.

Williams is widely known for his innovative and Zeitgeist-capturing music videos, which blend technology, fashion, and uncompromising individuality; in Belly, keystone late nineties-era hallmarks like red leather Ecko puffers and original-design all-white Range Rovers take centerstage. The view towards a more recent nostalgia hints at a collective comfort regarding what has passed—especially when the future feels so unpredictable.

From there, Abloh used the nineties as a springboard for helping to define what Off-White will be in the 2020’s. His approach is one of calculated miscellany, mirroring the moment and pushing that moment forward.

Houndstooth patterns morphed into psychedelic pools on top-coats and skirts. An angular tulle wing-and-half-dress was worn over camouflage cargo pants. A collaboration with MGM studios led to a Blue Velvet-inspired capsule: a structured, off-the-shoulder dress in the fabric the movie is named for, along with mirror-ball metallic garments that channel Dorothy Vallens’s glitzier ensembles.

Akin to what’s happening in culture greater, we are now living in an era of openness, constant newness, hyper-information, and the pressing need for adaptability: “Reality,” says Abloh, “is the starting point of my type of storytelling.” 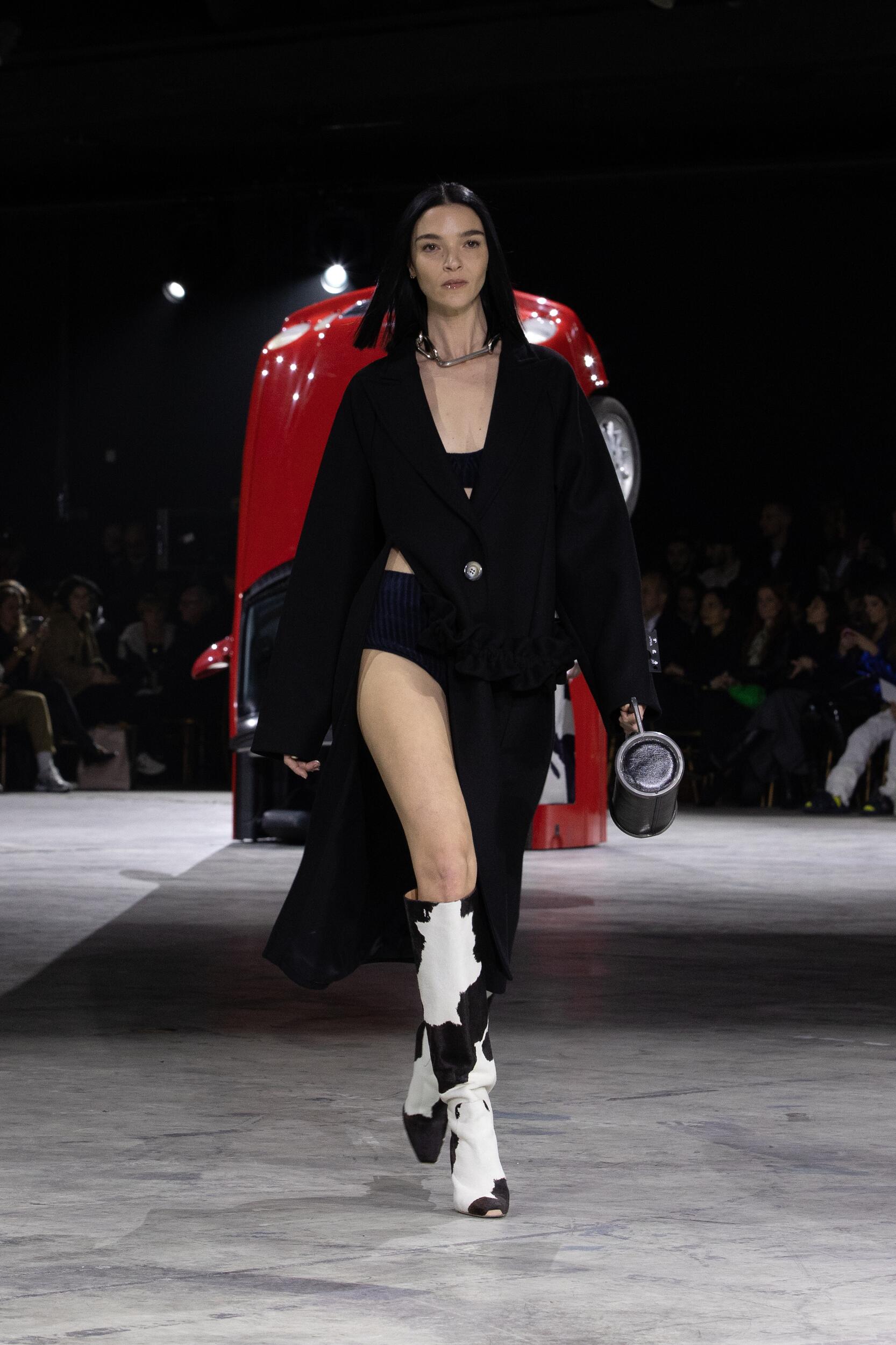 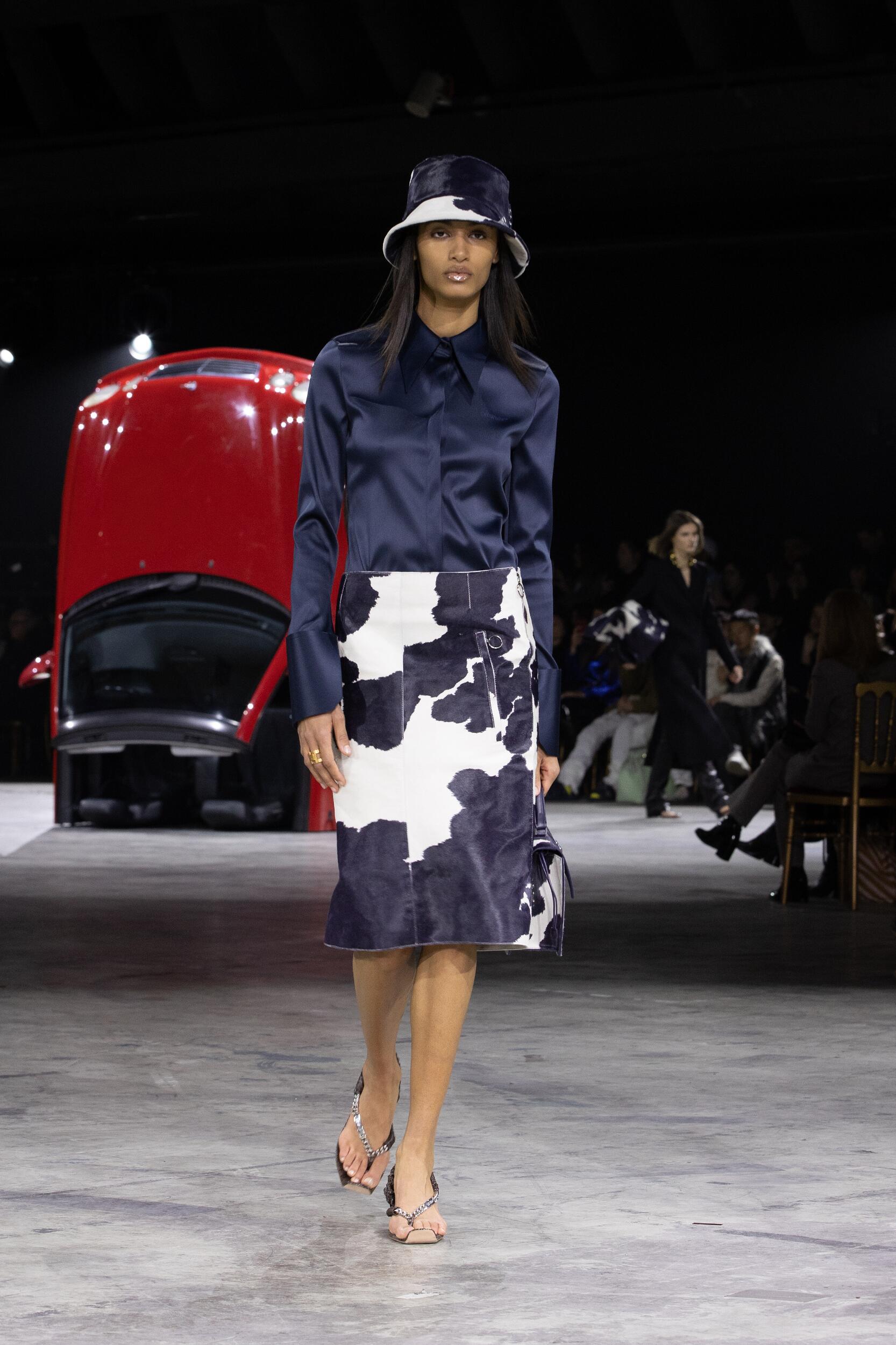 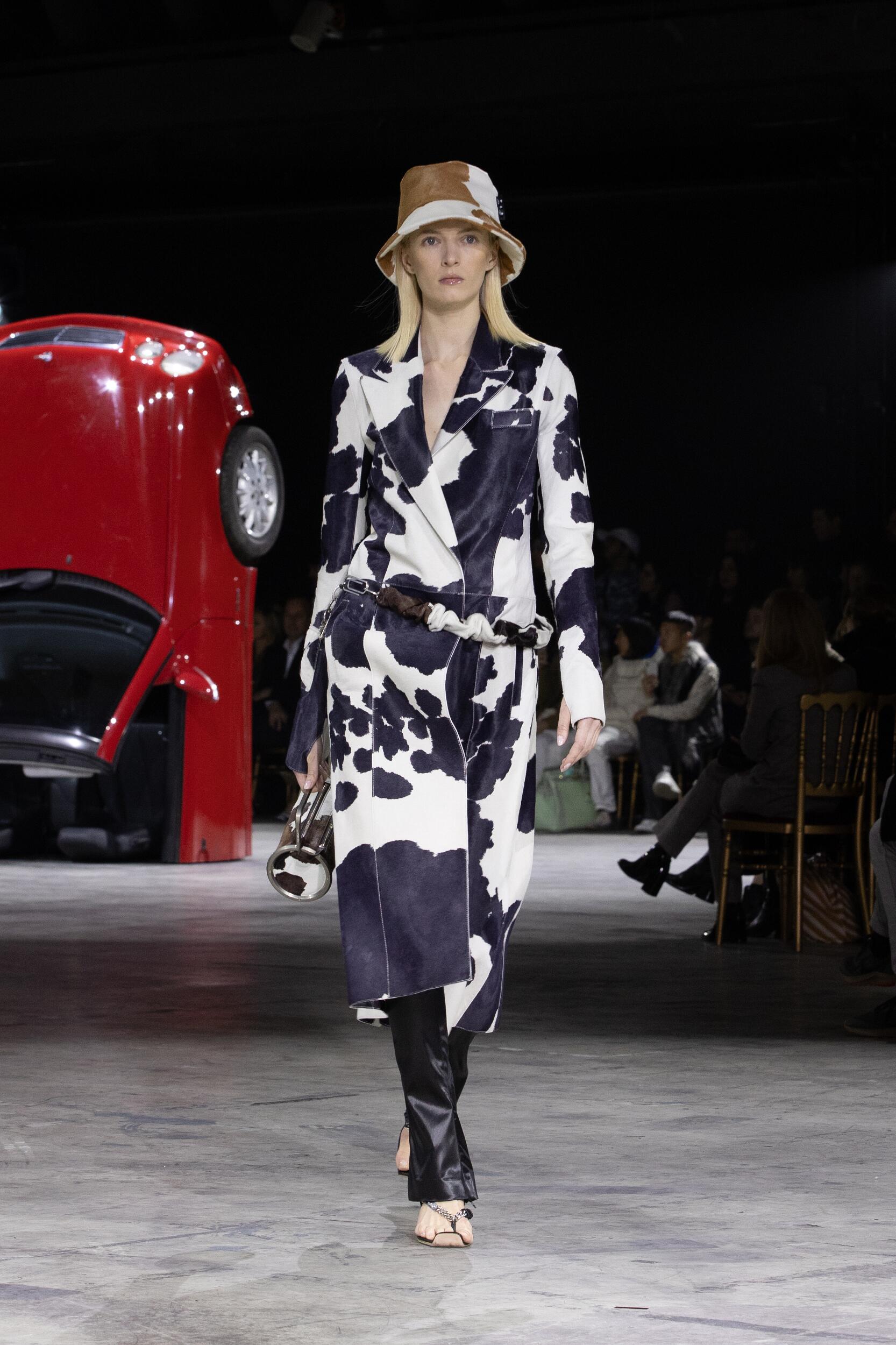 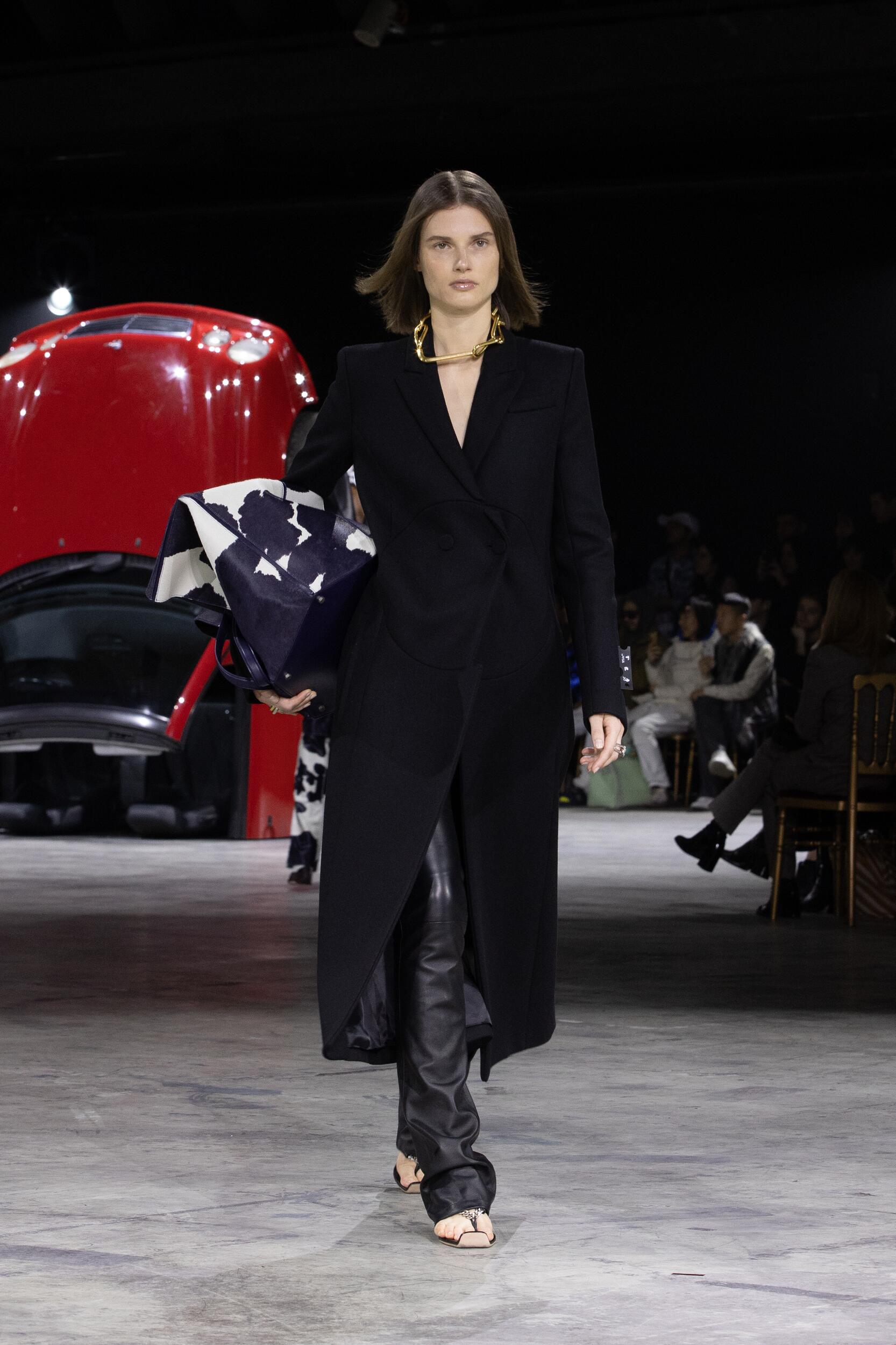 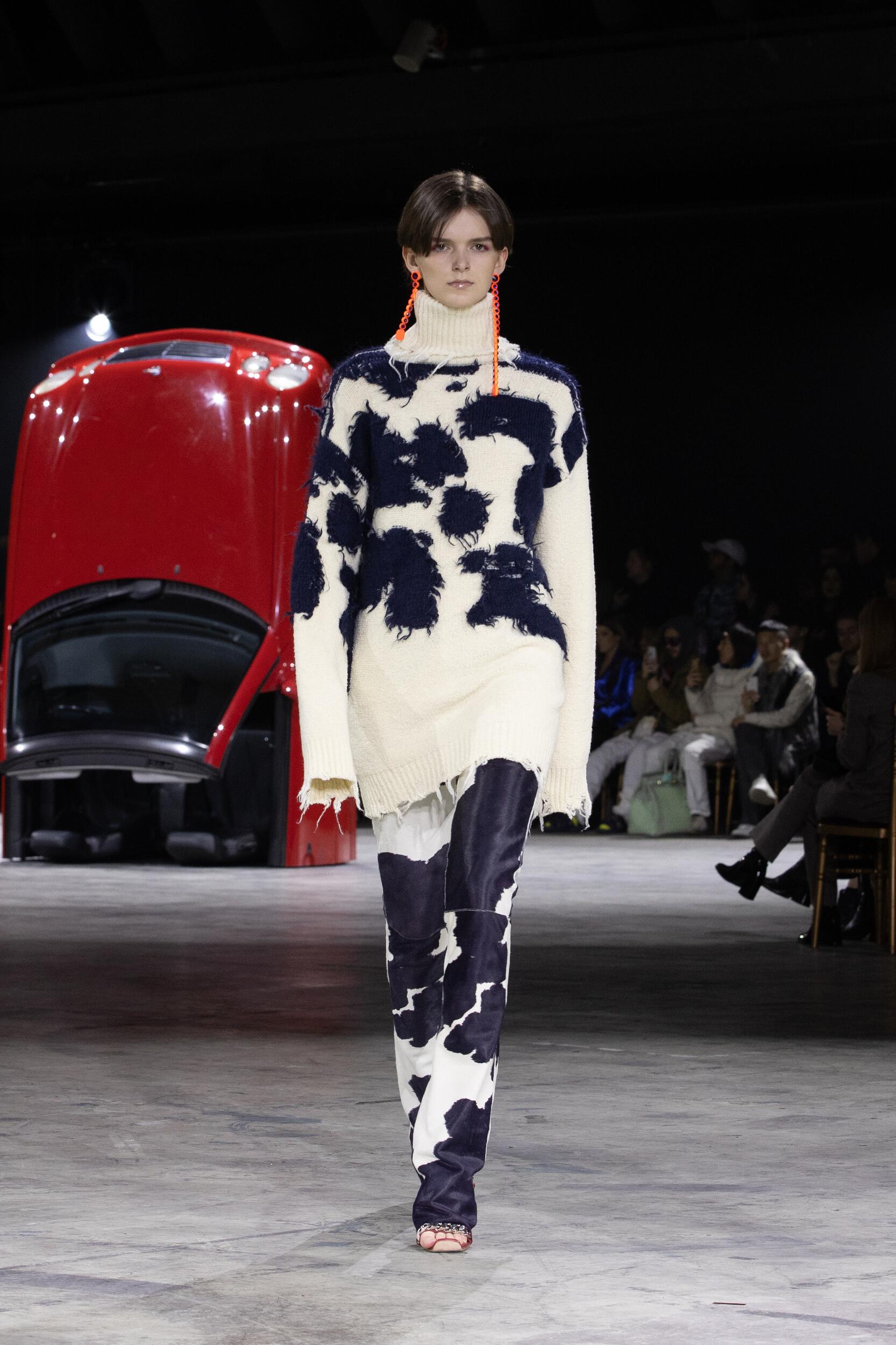