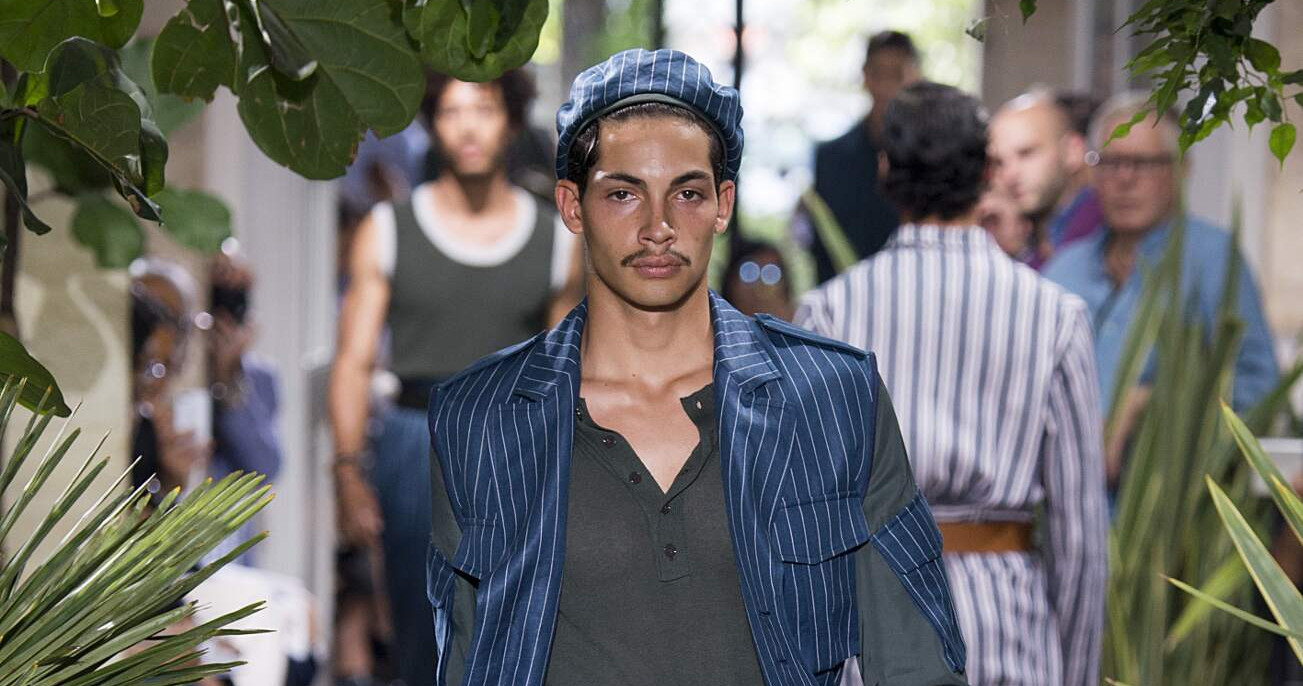 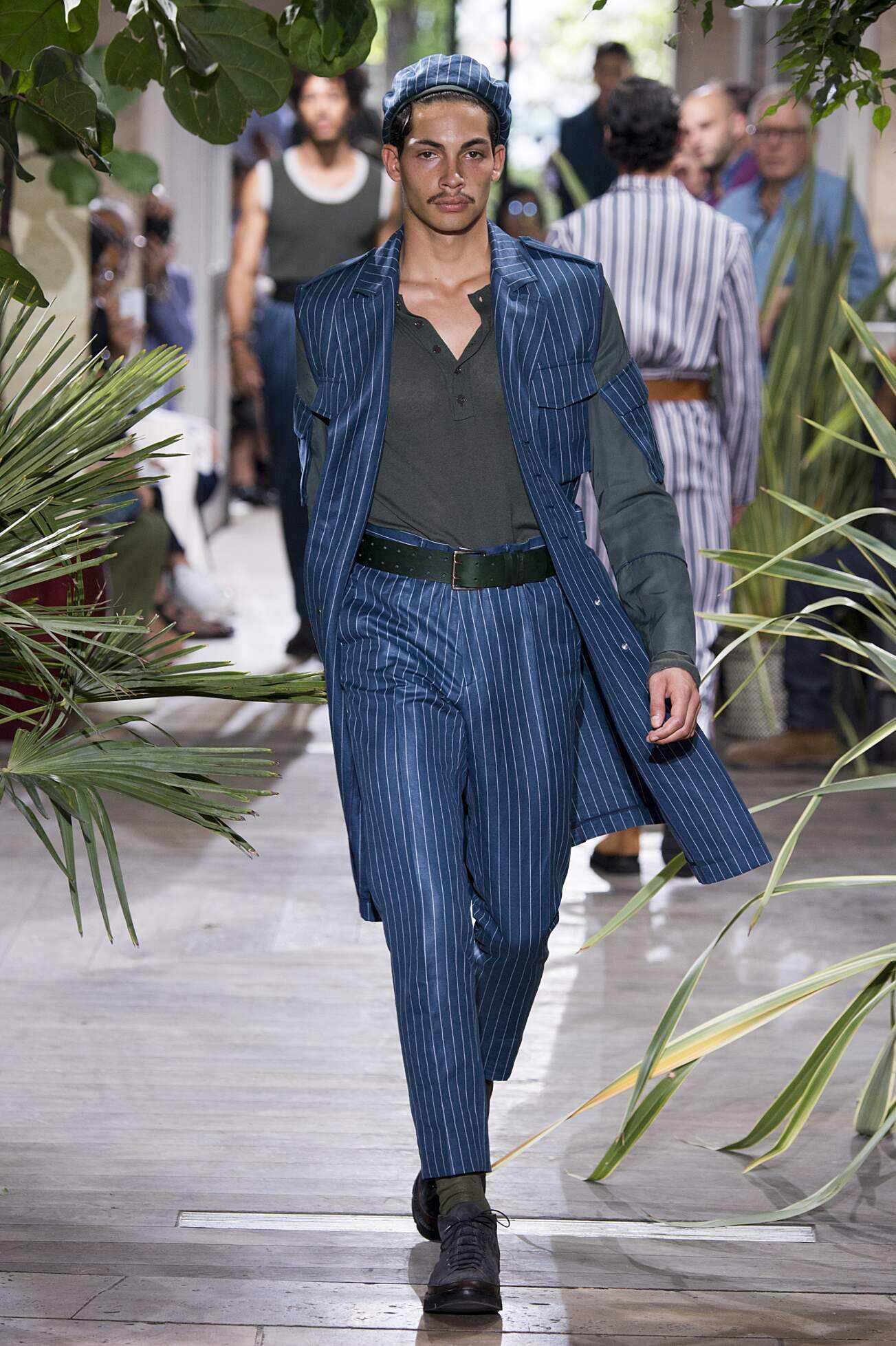 He looks for Ernesto “Che” Guevara and his posse of generals, and he finds them sipping mojito and Cubalibre at a bar, smoking a cigar, relieved after the victory, someone in his uniform, someone in his pajamas or beach shorts. It’s not the martial aspect of the military life and style that Umit is after, in fact. Rather, the bon vivant spirit of those kindred spirits enjoying life in a beautiful island.

Enthralled by the simple complexities of human behavior, Umit Benan shows the unexpected: what’s behind the stern façade of the freedom fighter. He does so with a healthy dose of humor. Because even a comandante, after all, is a man who sometimes lets it loose.

The collection is bold, with a sense of virile luxury. Pieces have a strong presence, highlighted by the richness of the details, by the precision of the sartorial work. Following the idea of showing the unexpected, uniform jackets and coats are tailored inside out: the lining is proudly taken to the front, its contours defined by graphic piping.

The sum of the different parts composing each garment is highlighted by the juxtaposition of different materials: contrast pockets are sewn onto sleeves, the carrè comes is another hue. The silhouette is lean yet easy, waist cinched by military belts. Jumpsuits suggest efficiency, the double-breasted blazer a certain swagger.

The essential elements of the military repertoire are reshuffled: Nehru-collar jackets, belted coats, bombers, shorts. Striped suits come with the metaphoric slouch of a pajama, while knitwear has a feisty and summery graphic appeal. Silk t-shirts and bathrobes ooze lazy fierceness. Raw hide boots, backpacks and duffles complete the look.

The color palette is classic: tones of blue, beige, military green and cocoa, and then flashes of red and light blue. By playing with militarism is a humorous way, Umit Benan suggests a peaceful message that knows no borders: style as a way of enjoying life at its fullest, anytime. 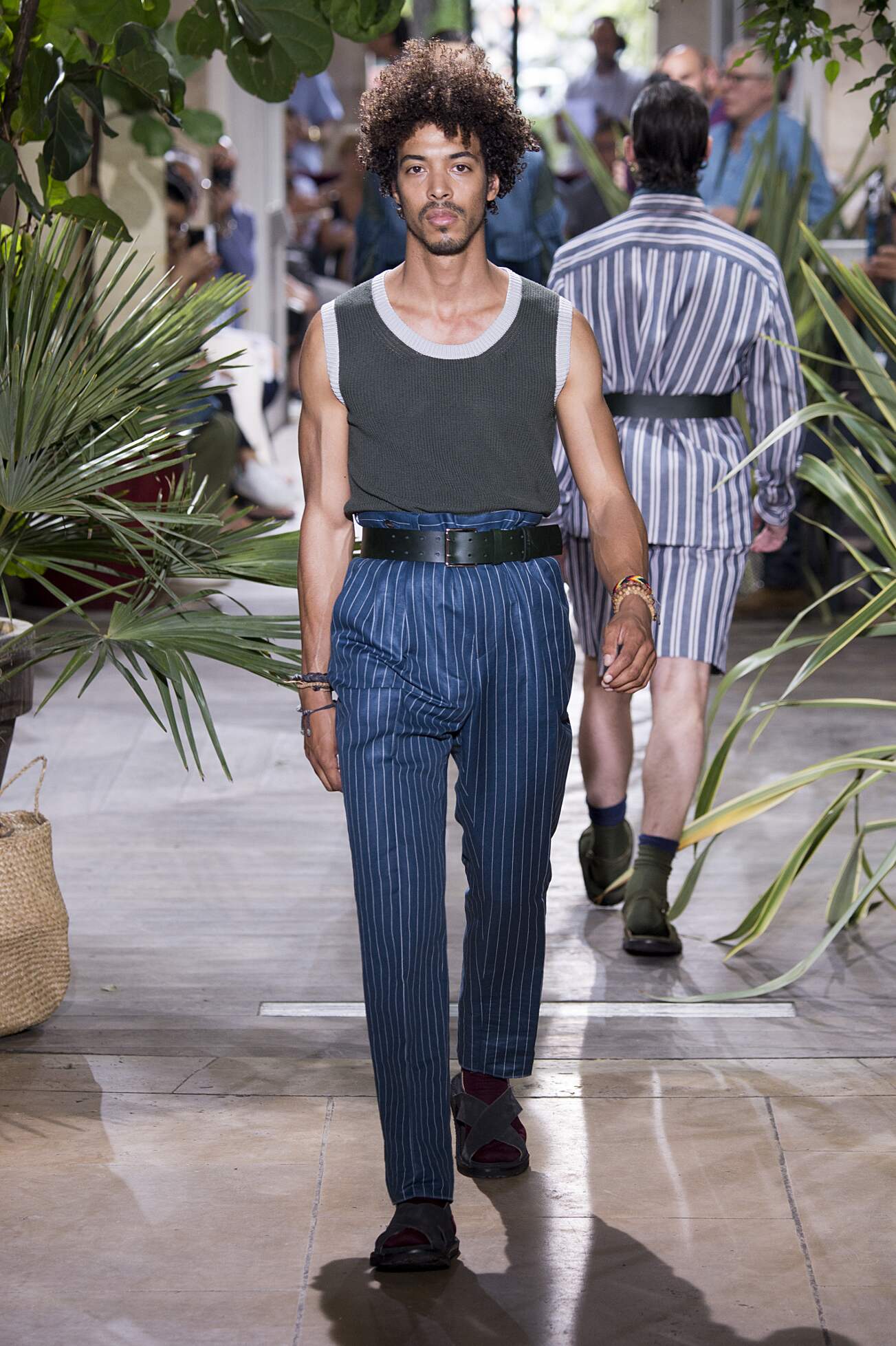 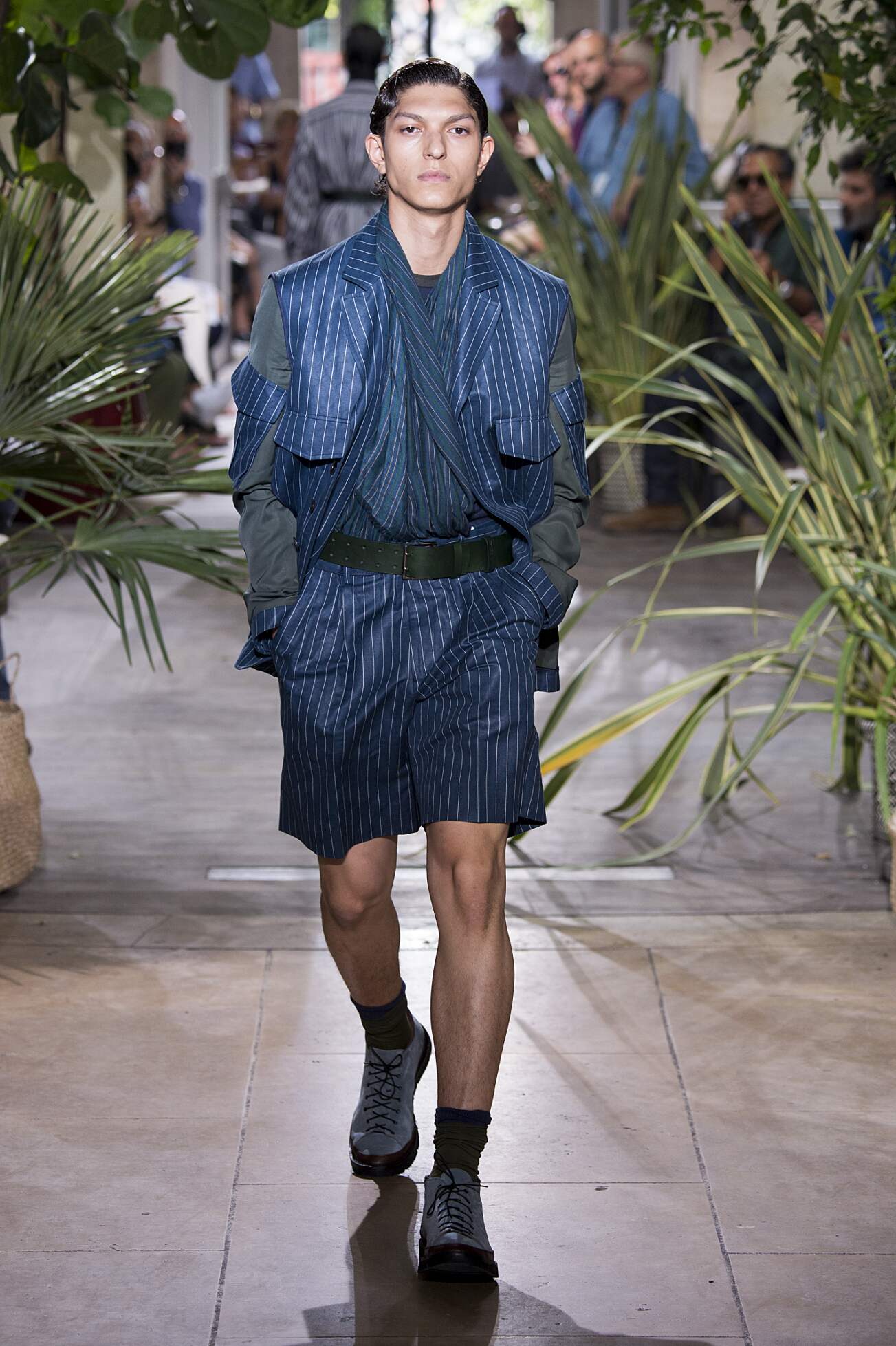 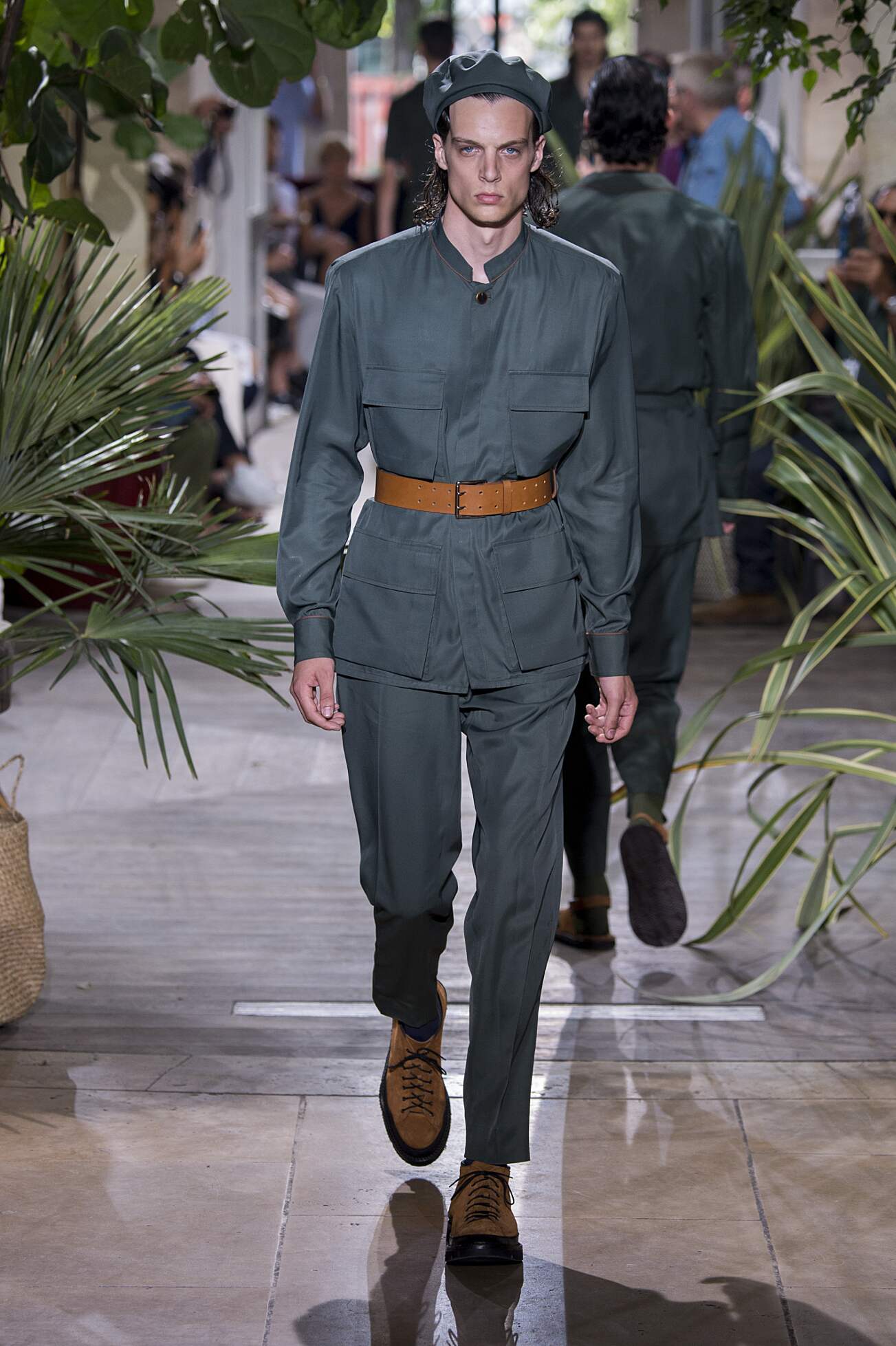 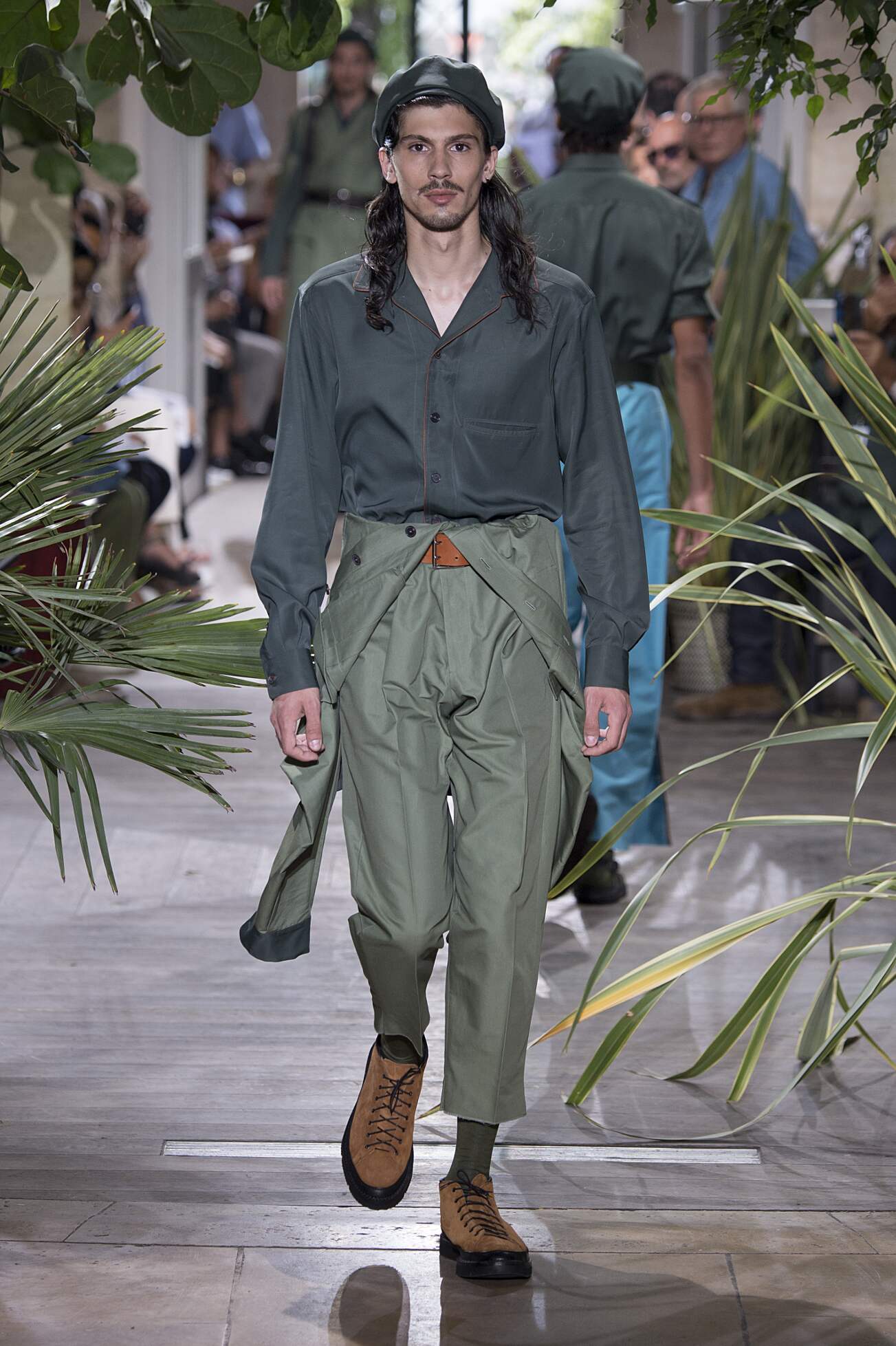 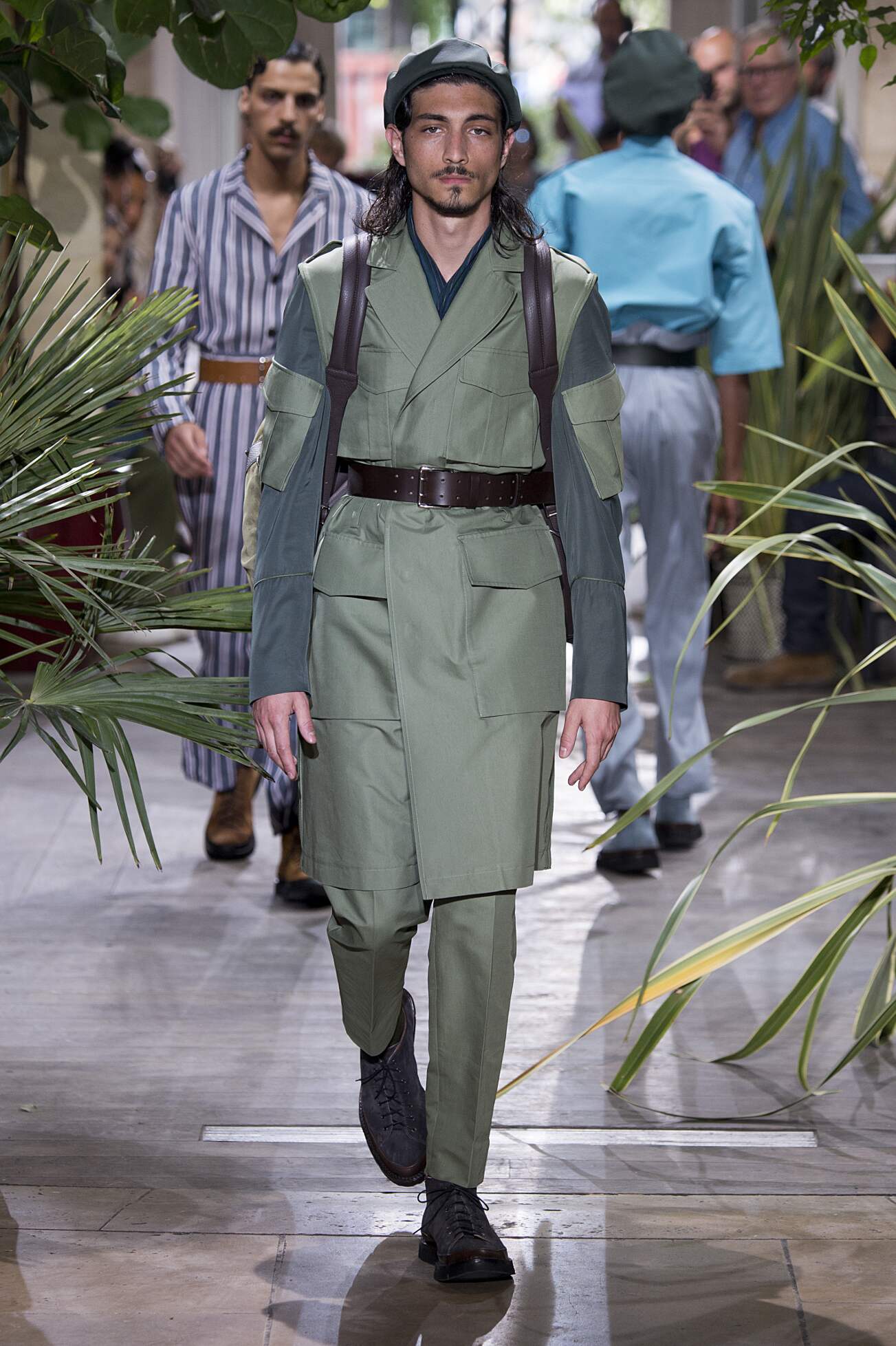