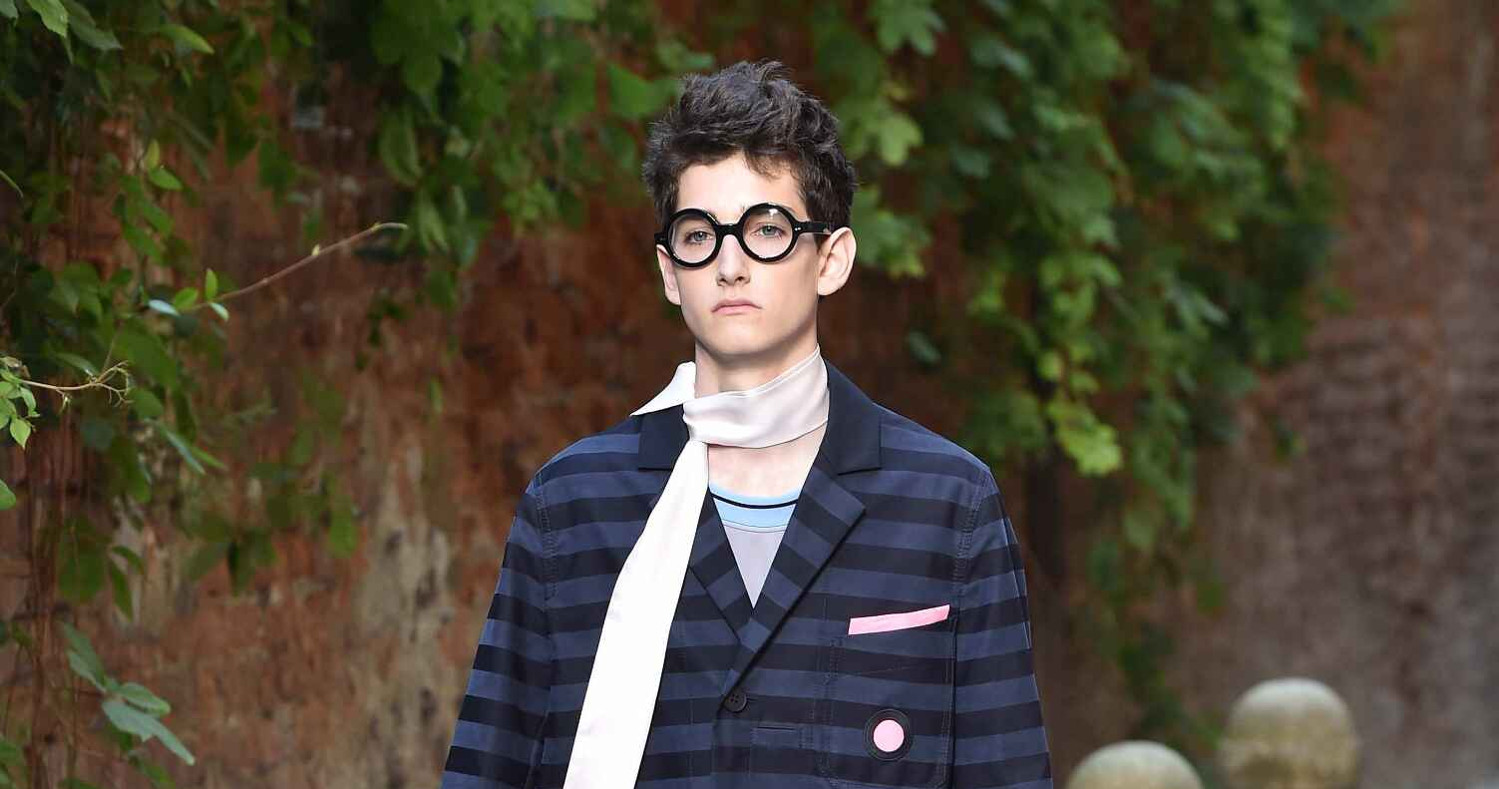 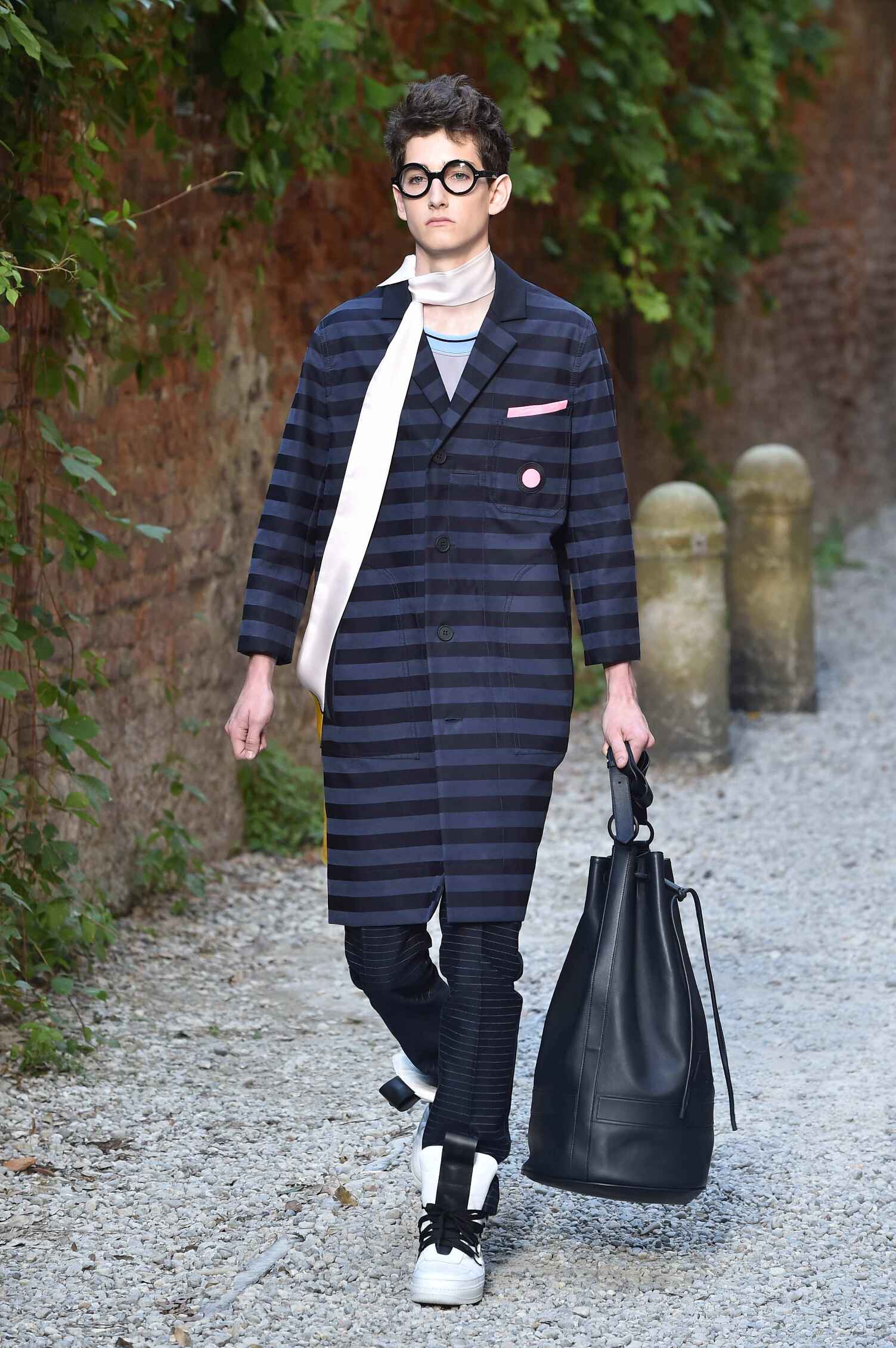 With Spring/Summer 16, Andrea Pompilio delivers the 10th collection with his own brand and celebrates its first 5 years, an intense crescendo of challenges and achievements. Surrendering to a retrospective impetus, the designer has decided to mark this turning point with a spontaneous and instinctive collection. A sincere, heartfelt and distinctly personal statement, which aims to honor his design identity and creative roots.

The signature elements of Andrea Pompilio’s DNA are key to the whole collection. Unexpected colours, the bold mix-and-match of prints and patterns, horizontal stripes and checks; the ingredients are carefully blended to create a fascinating ‘harmonious chaos’.

This ‘weighted disorder’ is the natural habitat of Andrea Pompilio’s man: intellectual, elegant, an artist. Eclectic in playing with textures, lines and color, embracing contrasts which reflect the complexity of his soul. He exalts the delicacy of fabrics such as silk and crèp marocain: boxy shirts with contrasting collars, loose pants, t-shirts and tank tops with wide necklines and oversize parkas in iridescent tones. Still, he breaks their fluidity with the strict forms of cotton overcoats, leather biker jackets and tailored jackets with waffle textures.

He falls in love with sophisticated prints, a shower of small petals and an Oriental-flavoured revisited ‘camouflage’, but pairs them with the pragmatism of checks and horizontal stripes. His accessories combine conflicting shapes, essential sneakers with big gardening boots and oversized bucket bags. The extravagance of these matches describes his personality; a man who can effortlessly combine an acetate tracksuit with a silk scarf, just as he can harmonize contrasting feelings in everyday life.

Spring/Summer 16′s mood is indeed dominated by an overwhelming and ‘contradictory’ romanticism, which marks the collection with its constant duality: a nostalgic feeling that interchanges with a more irreverent and light-hearted one. The coming and going of such waves of pathos reflects the swing of emotions of each individual, oscillating between the bitterness of unfulfilled hopes and the sweetness of dreams to follow.

‘Love Me Forever or Never’ is the categorical imperative embroidered on shirts, T-shirts, tank-tops and outerwear, a sentimental request which embodies both passion and melancholy, but which retains a taste of irony in its graphic composition. A palette of soft, pastel colors pale pink, nude, lilac, baby blue is broken up by darker tones night blue, rust, olive but also by an intense lemon yellow, which demonstrates the sensibility for striking colours typical of Andrea’s aesthetic. 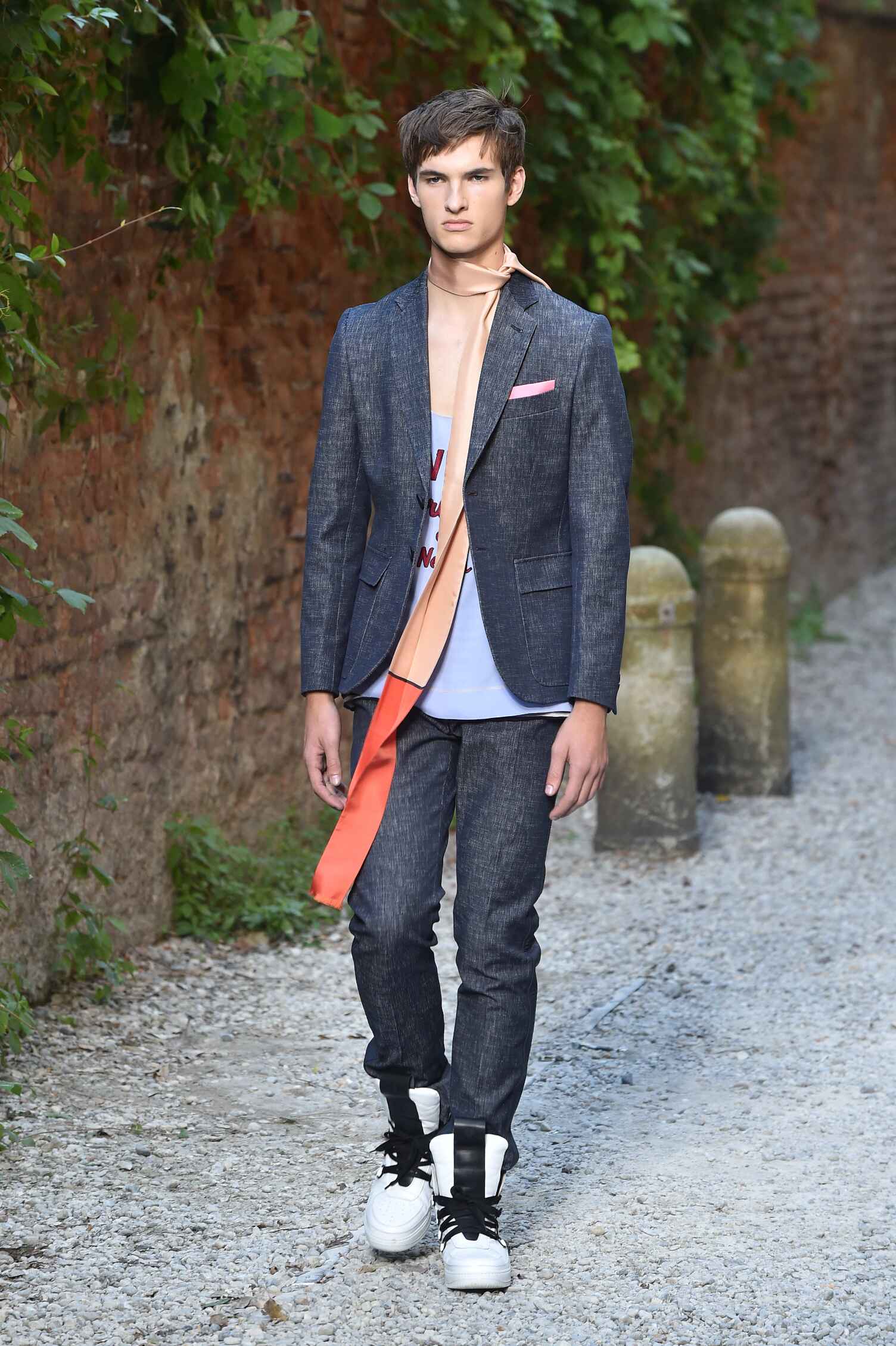 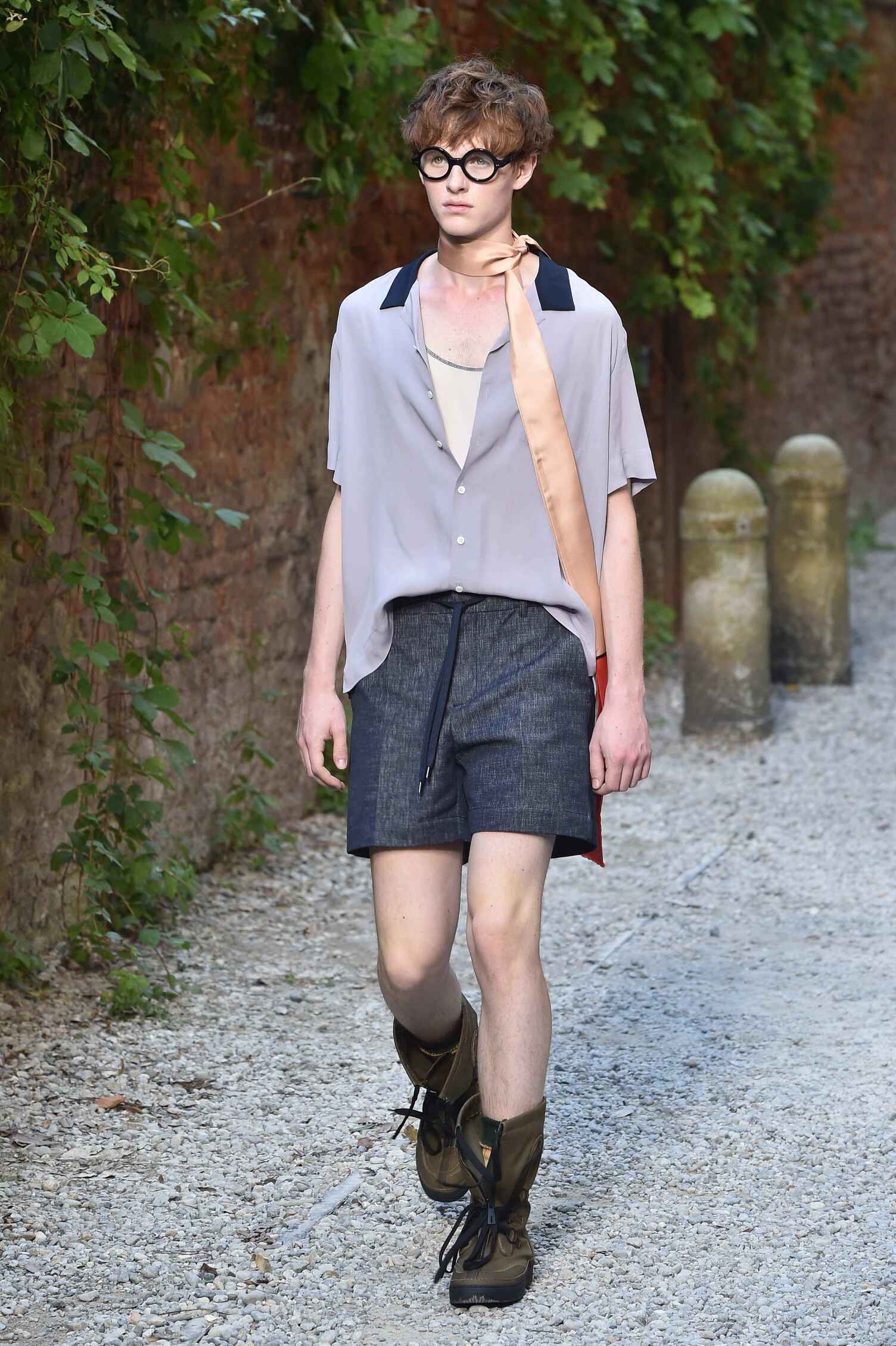 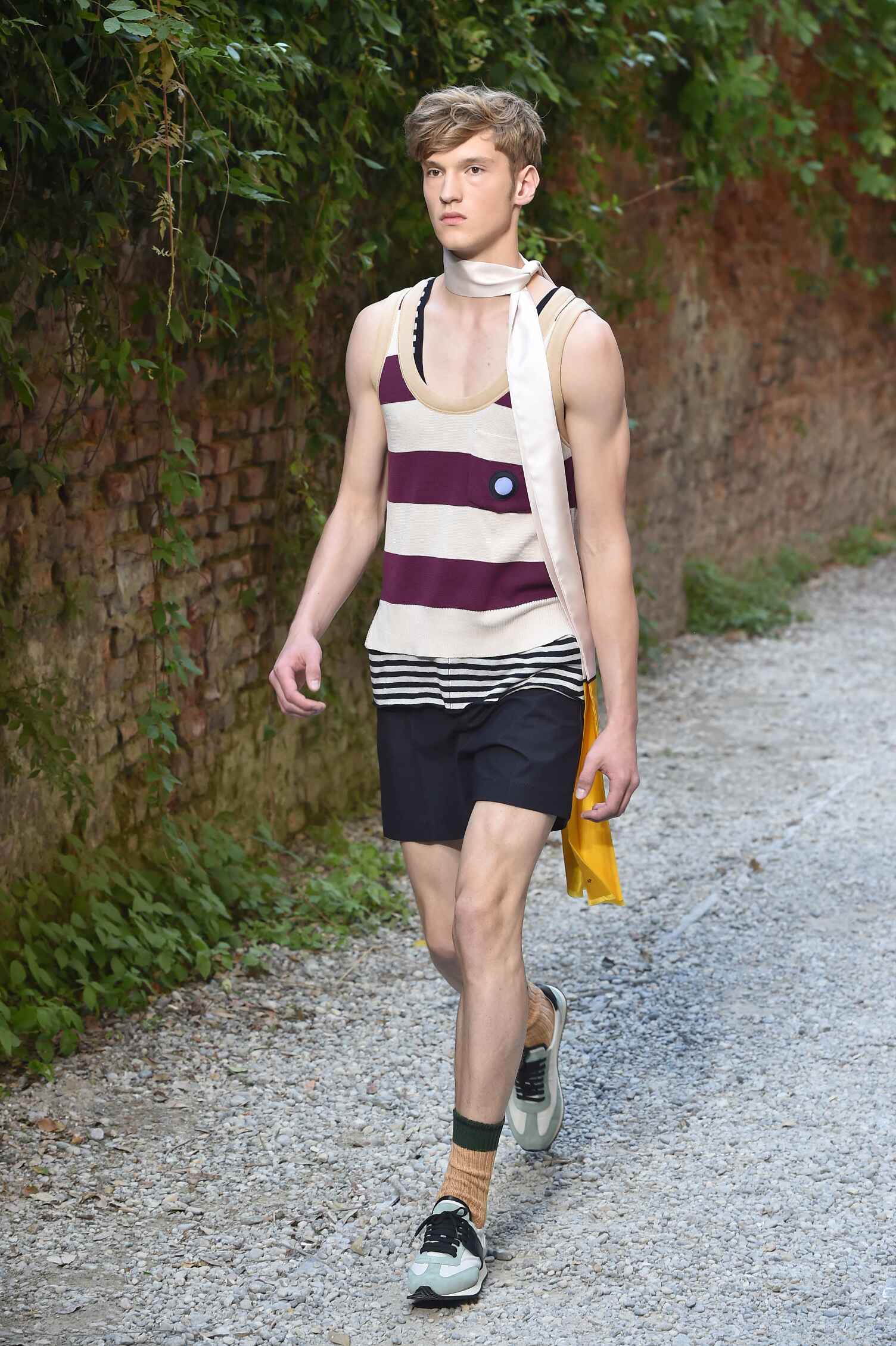 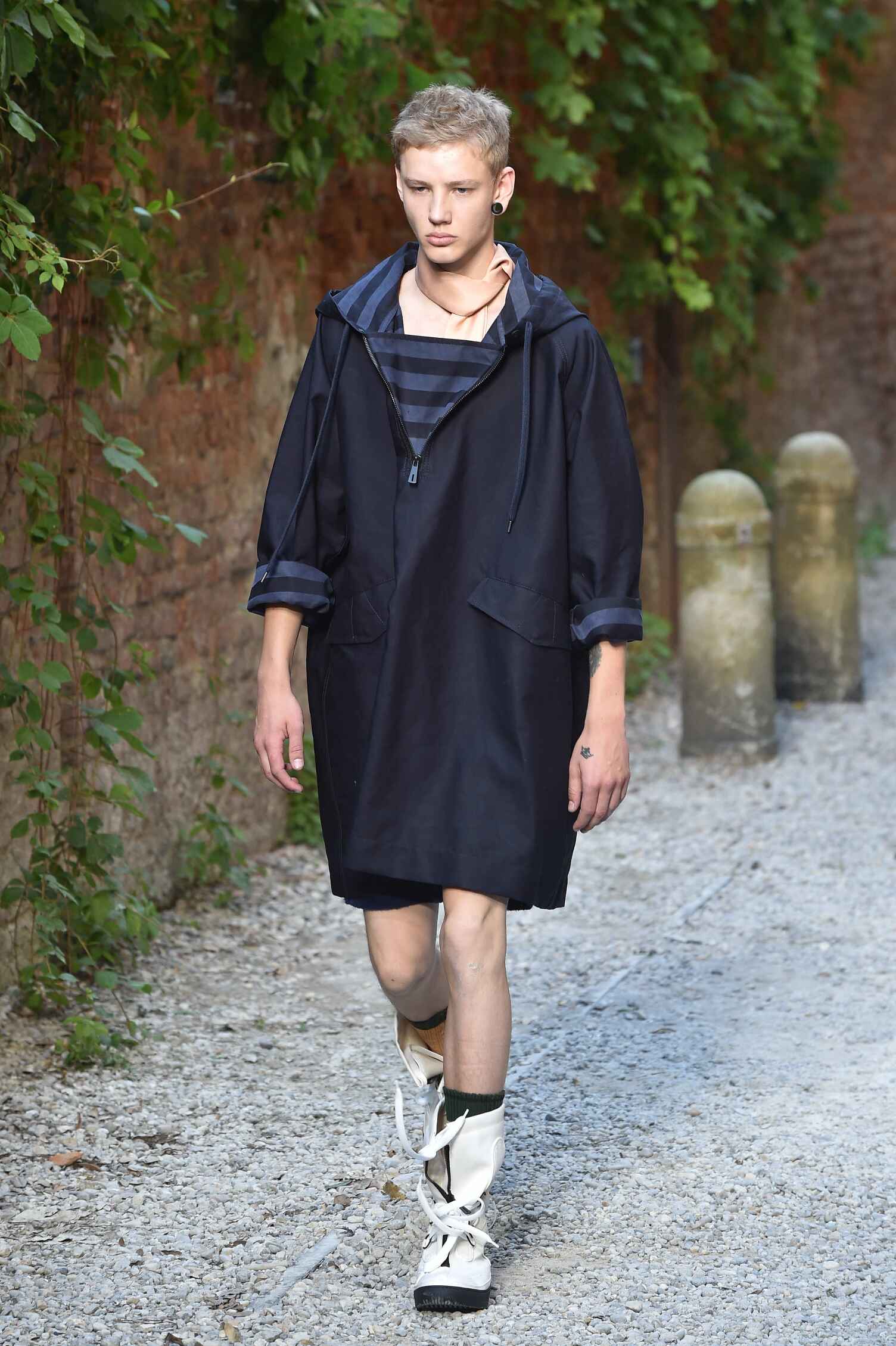 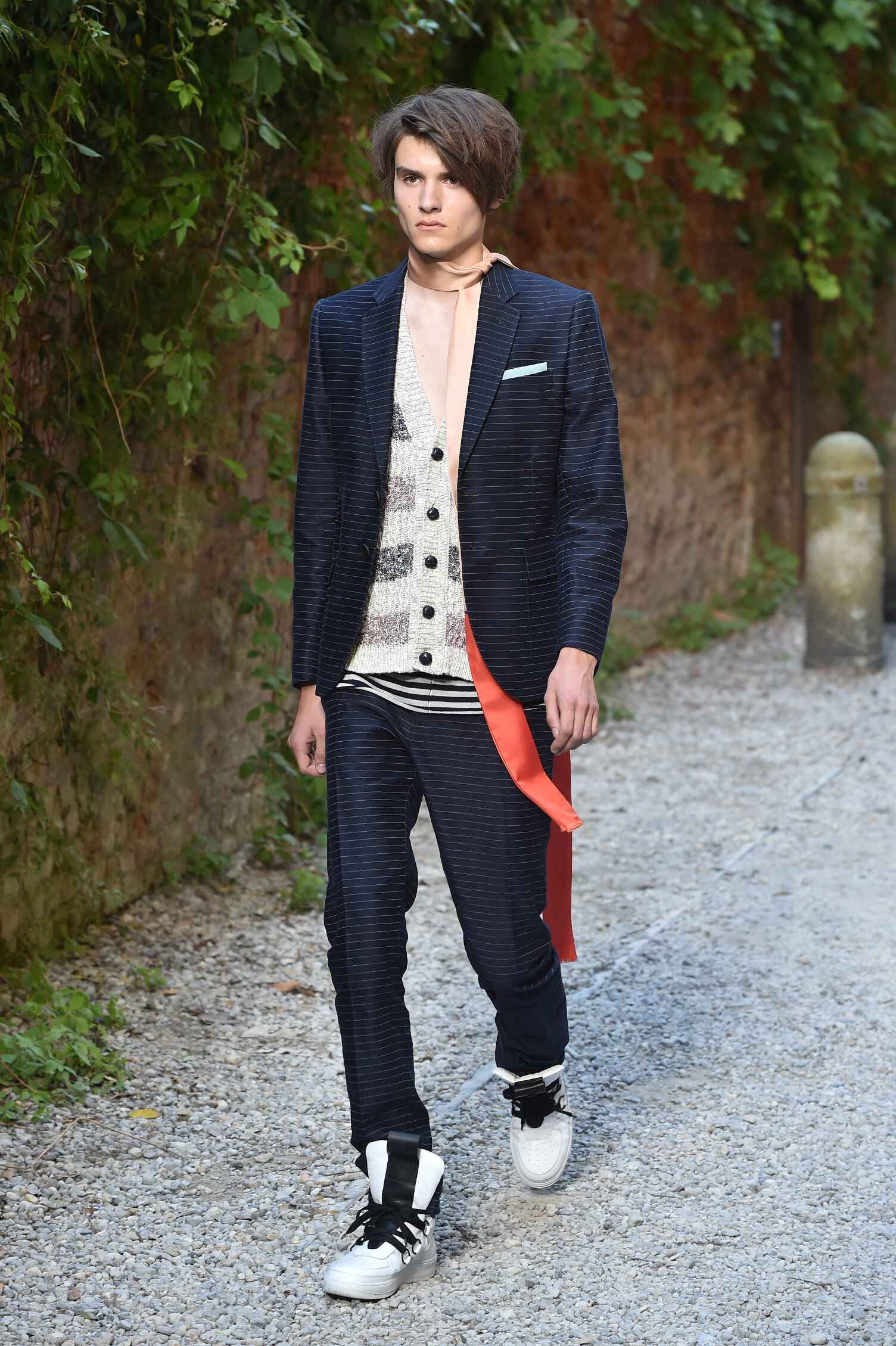