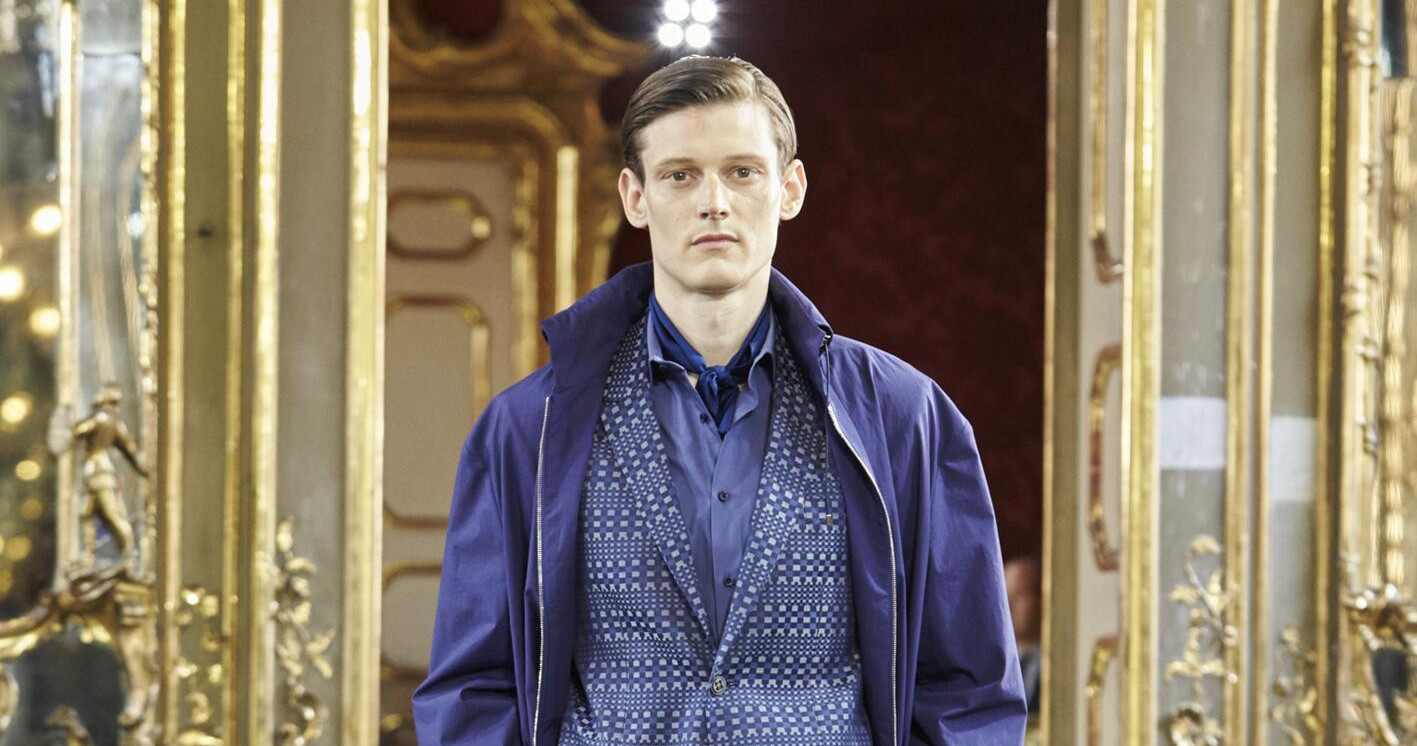 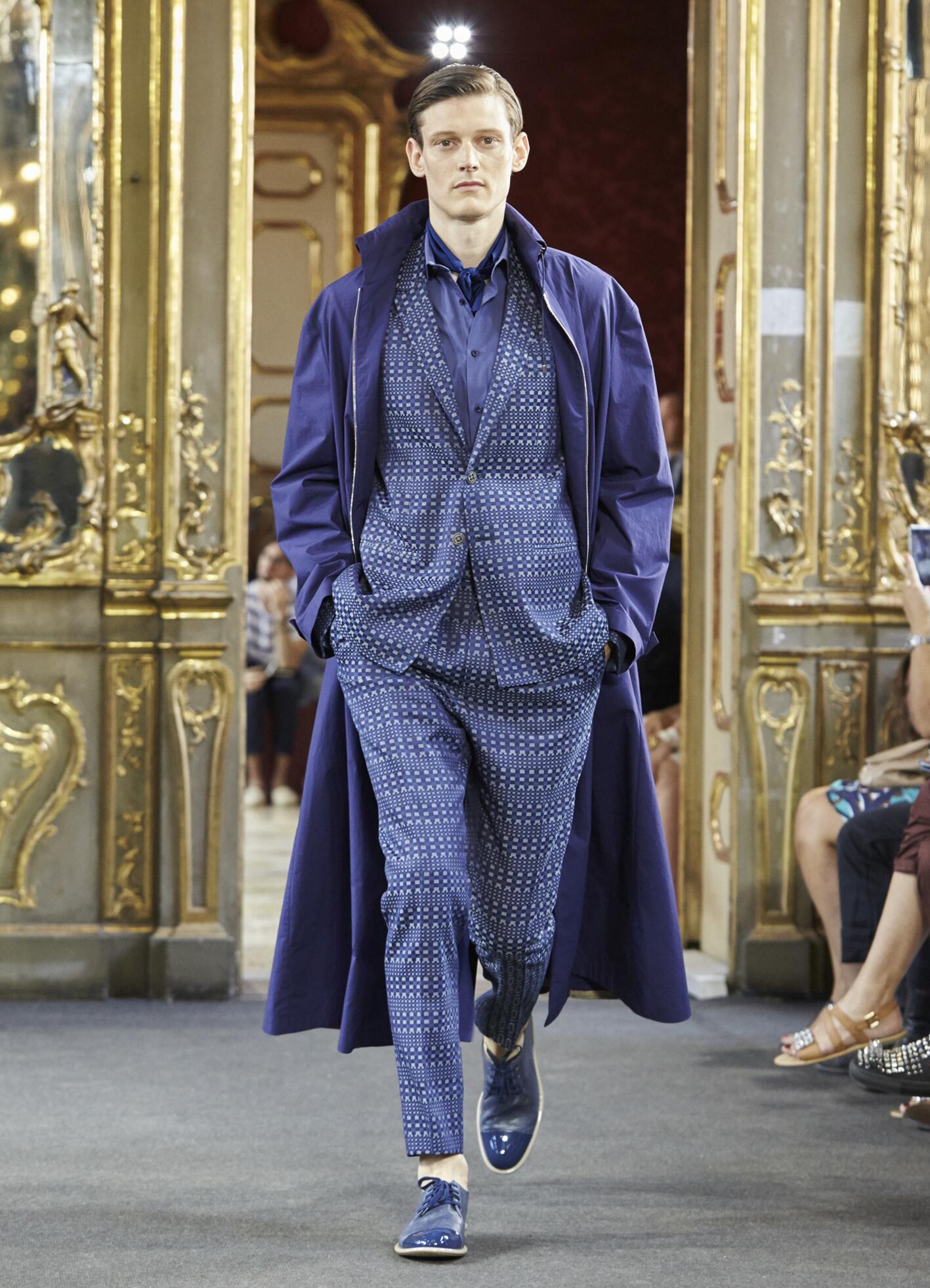 It is the art of tailoring which dictates the rules for Corneliani, even when they are overturned. While rigorous construction and exquisite materials – cotton, linen and silk through to the results of the highest textile technology – remain untouched, it is the volumes which are fashioning a new language.

At the heart of the revolution lies the body’s centre of gravity, sending out concentric waves of elegance with opposite meanings. They are instantly embraced and taken to such heights of sophistication and synthesis that only the faintest hint remains of the original dichotomy: there are whispered tribal echoes, as seen in the neo-Prince of Wales patterns and flattened matting effects, and in the trousers with outstanding pleats, a nod to the sarongs worn by ancient man. More than a mere accessory, the longer waistband which clinches the waist becomes a frontal structural feature which celebrates the return of the high waist.

The same non-conformist rigour is found in the new suit, which now comes with Bermuda shorts too. Supremely elegant pinstripes trace vertical lines on linen designs, creating a degree of lightness which only the independence of inborn class can afford.

Trench coats come with large pleats on the back, in lengths which fall gracefully to the calf, taking the pockets with them – sartorial details which are now filled with spontaneous style. Squared-off jackets are almost surgical in feel, while cuts are stripped down to a minimum in the ultra-simple loose leather T-shirts.

Colours are never intense, but rather delicately powdery, suspended in the atmosphere of a desert sunset. Periwinkle sky blue, sandy beige and the palest stone grey are lit up by a sunshine amaranth red.

What emerges is an independent personality, rooted so firmly in the rules of elegant style that it enables the Corneliani man to make the decisive jump on his pathway to freedom. 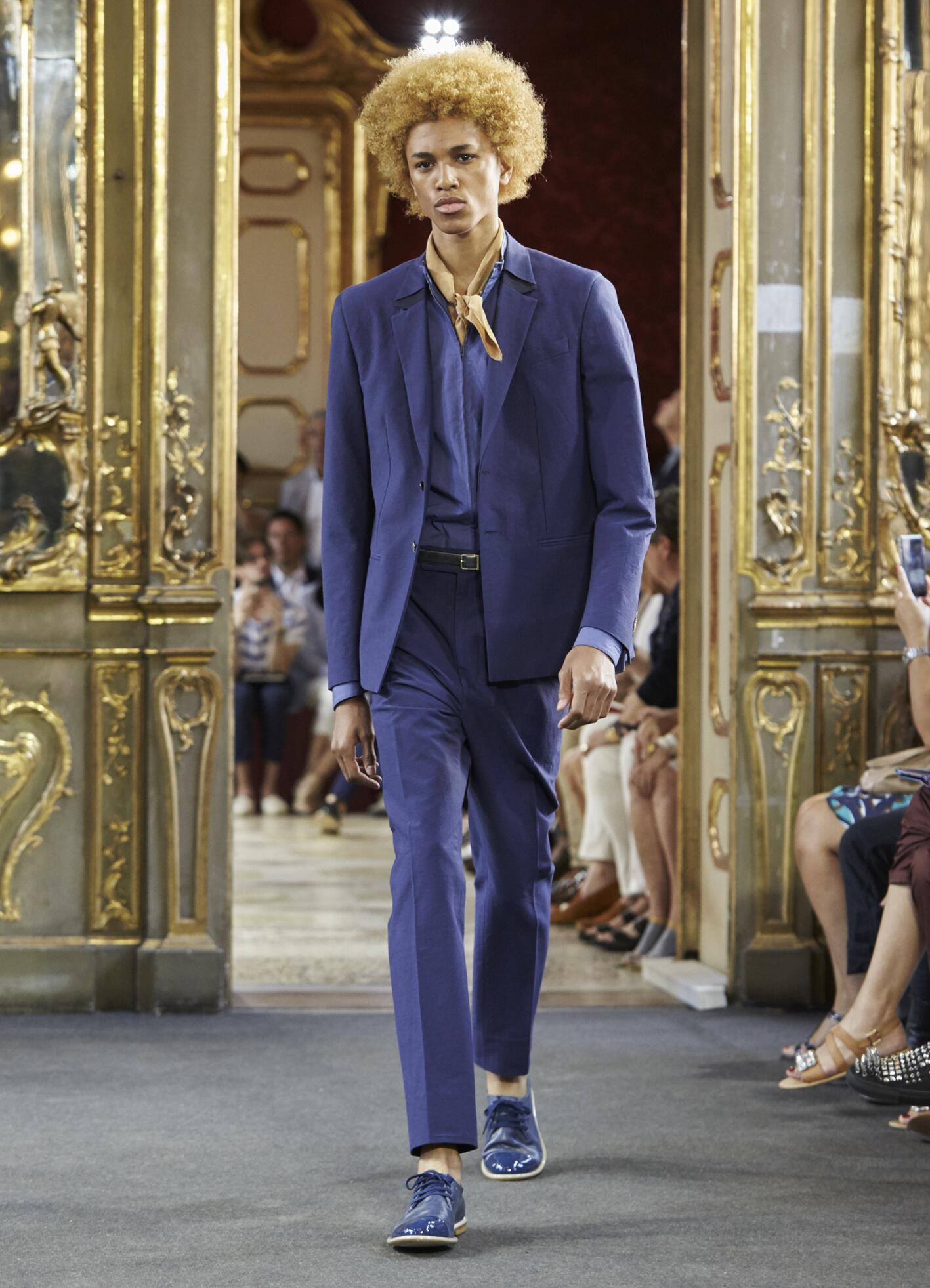 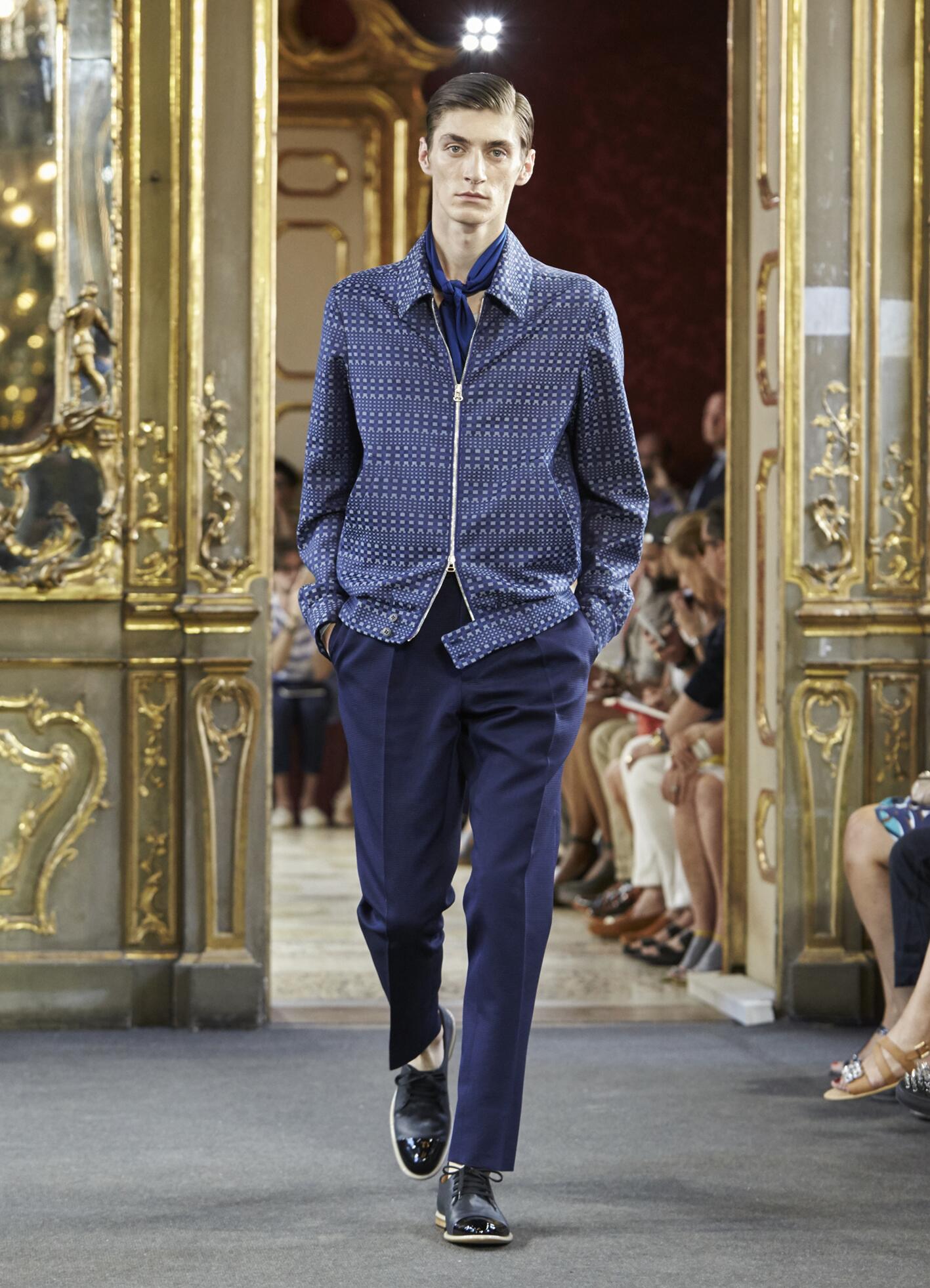 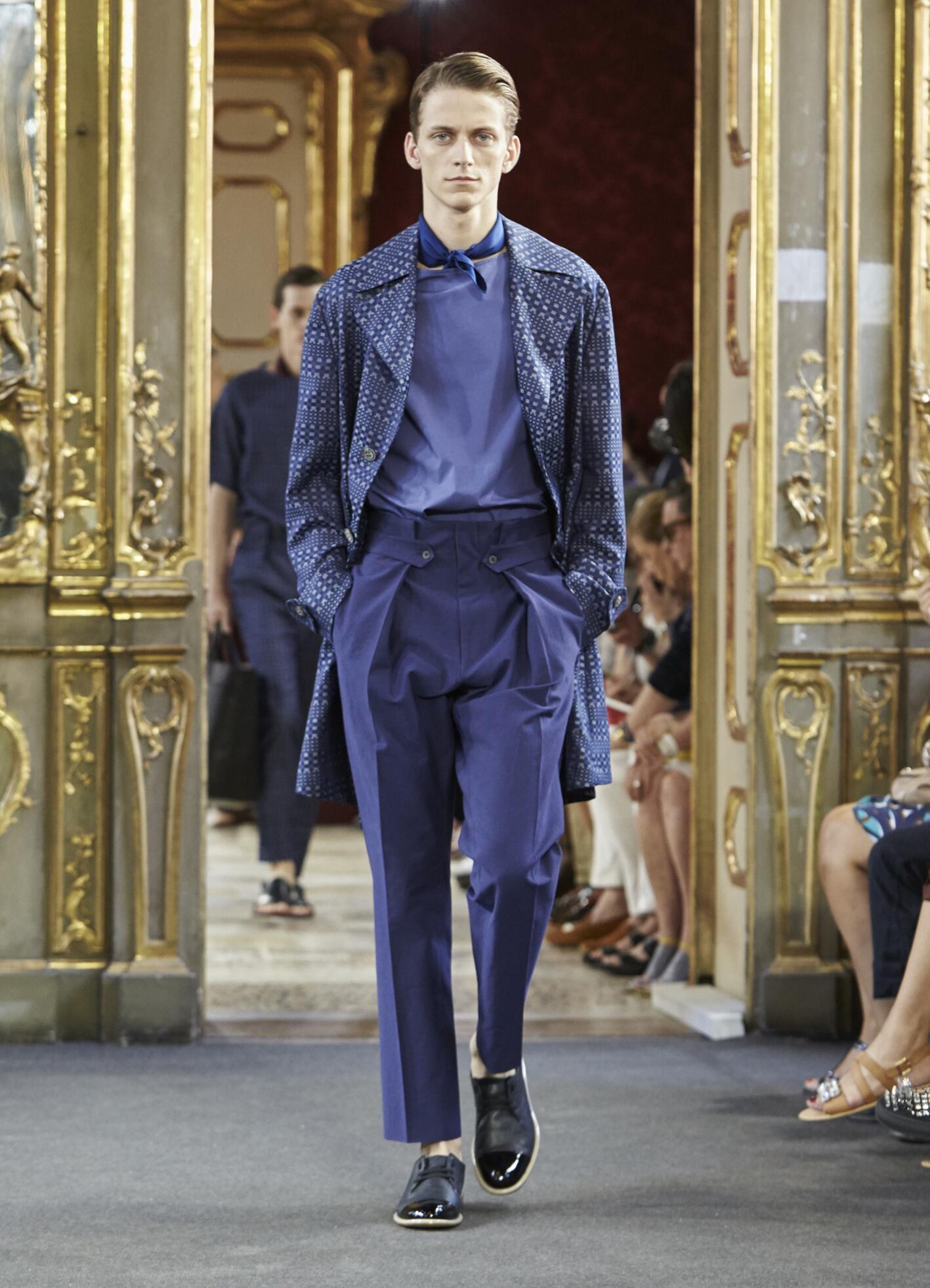 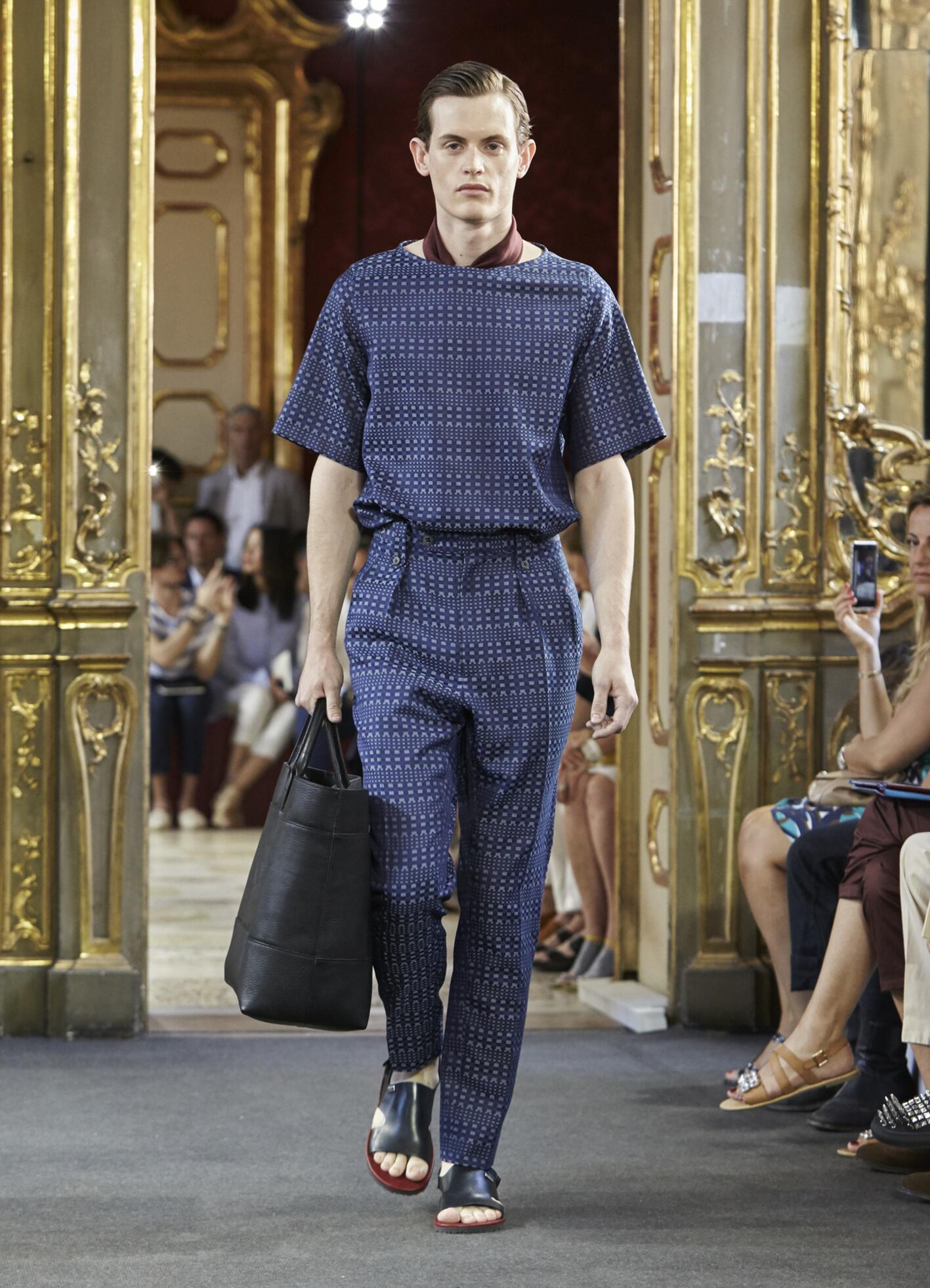 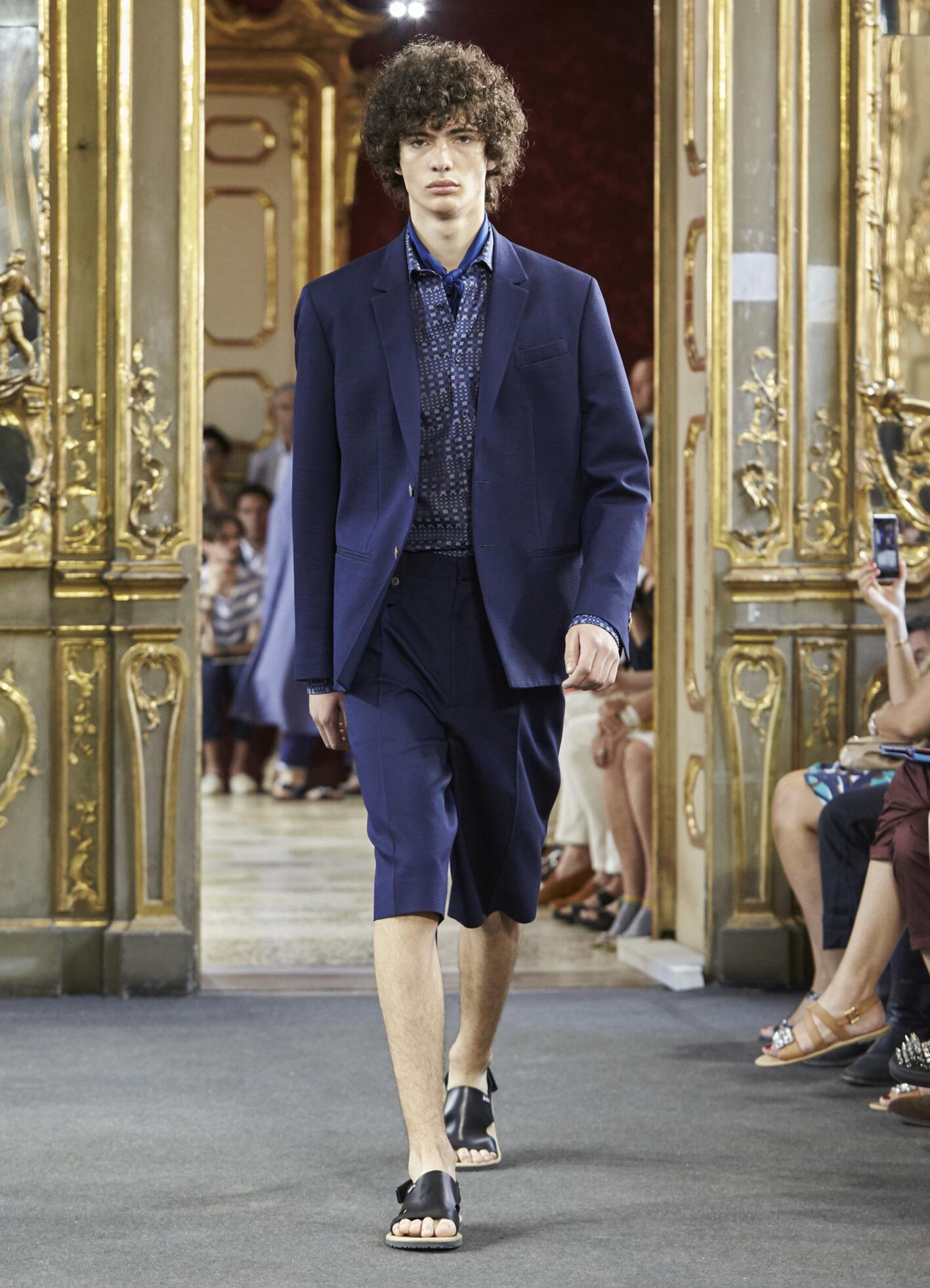