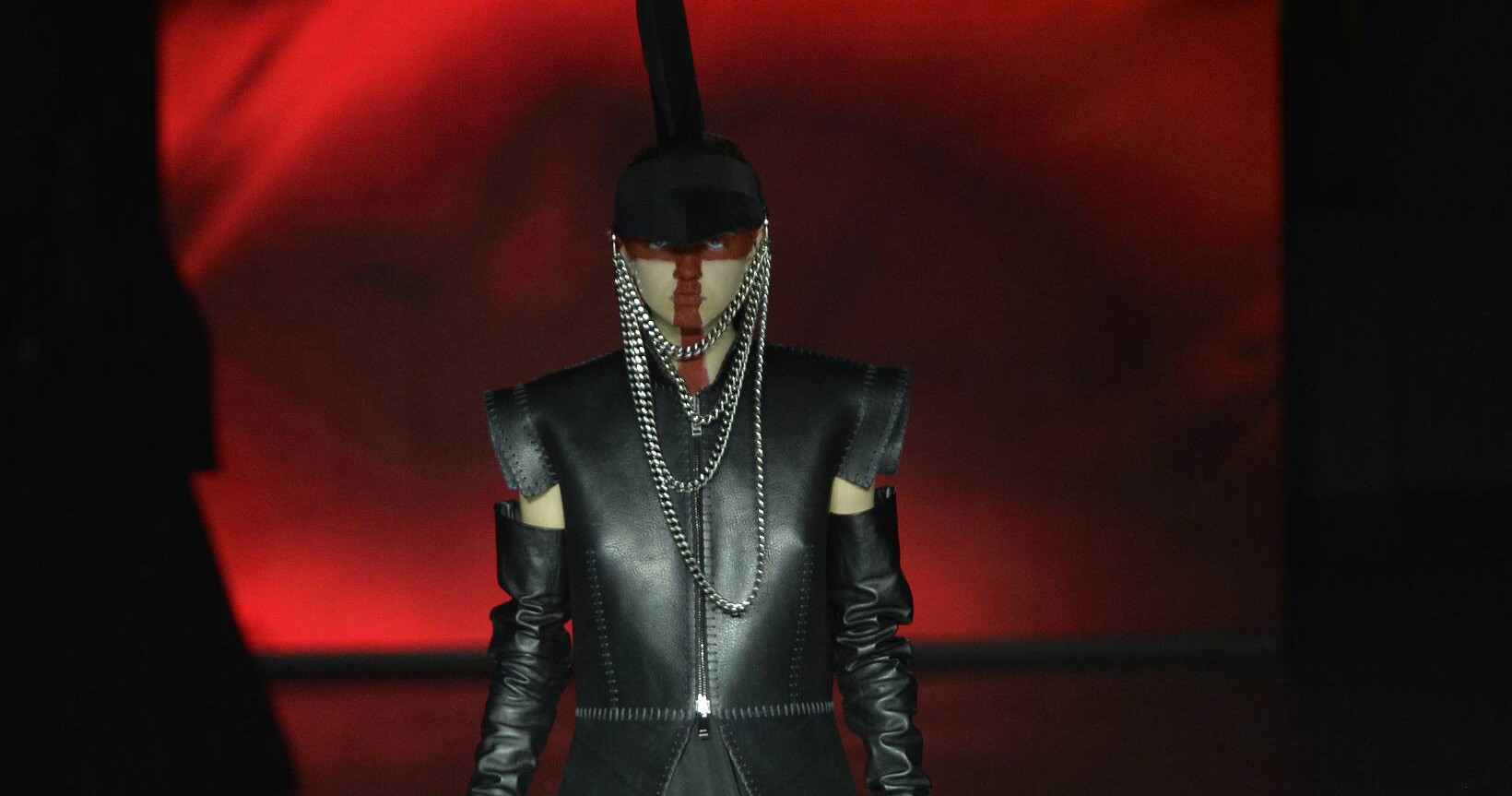 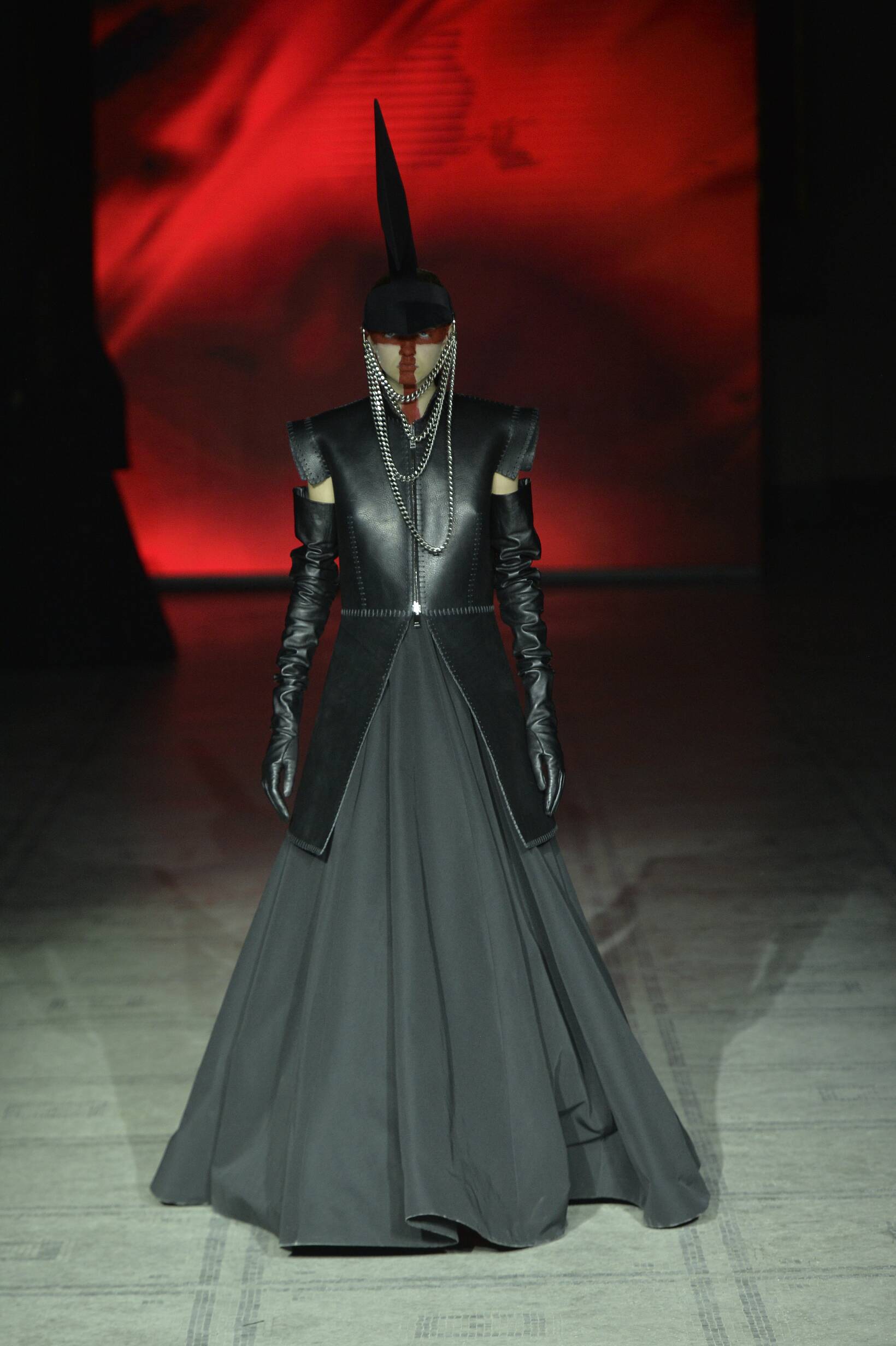 This evening’s Gareth Pugh Autumn/Winter 2015 show opens with the image of a lone female figure bathed in red – the colour of both love and war. In a film directed by close friend and longtime collaborator Ruth Hogben, we find a character engaged in a ritual act of liberation, as she anoints herself with the Saint George’s Cross – both saint and dragon at once. Britannia heralds the onslaught, a weaponised woman, hardened and battle ready.

In the past Pugh has described his work as modern armour, and this collection is totally informed by this ideal. His work has always been about beauty built on strength; a power silhouette; a disregard for passing trends and perhaps even a promise of protection. But it’s not without a sense of humour.

Examine the glistening bed of thorns that covers swathes of this collection – both birdlike and reptilian – and you’ll find tens of thousands of hand-cut plastic drinking straws. Listen closely to the soundtrack and you’ll hear the chants of Sunderland Football Club. This very particular form of alchemy represents Gareth Pugh at his most authentic.

This show marks the 10th anniversary of the designer’s label. It also signals his return to London Fashion Week, following seven years of showing in Paris. Although he would be the first to say that London has always been there in the work. “This city is where everything started for me, my entire creative family are here, so it’s in everything I do. It’s my home.”

This notion of belonging is central to this story. Rooted in nationhood, teamwork and family, this is a collection that is at once fierce and full of hope – a description that could stand to represent Pugh and his ethos entirely. 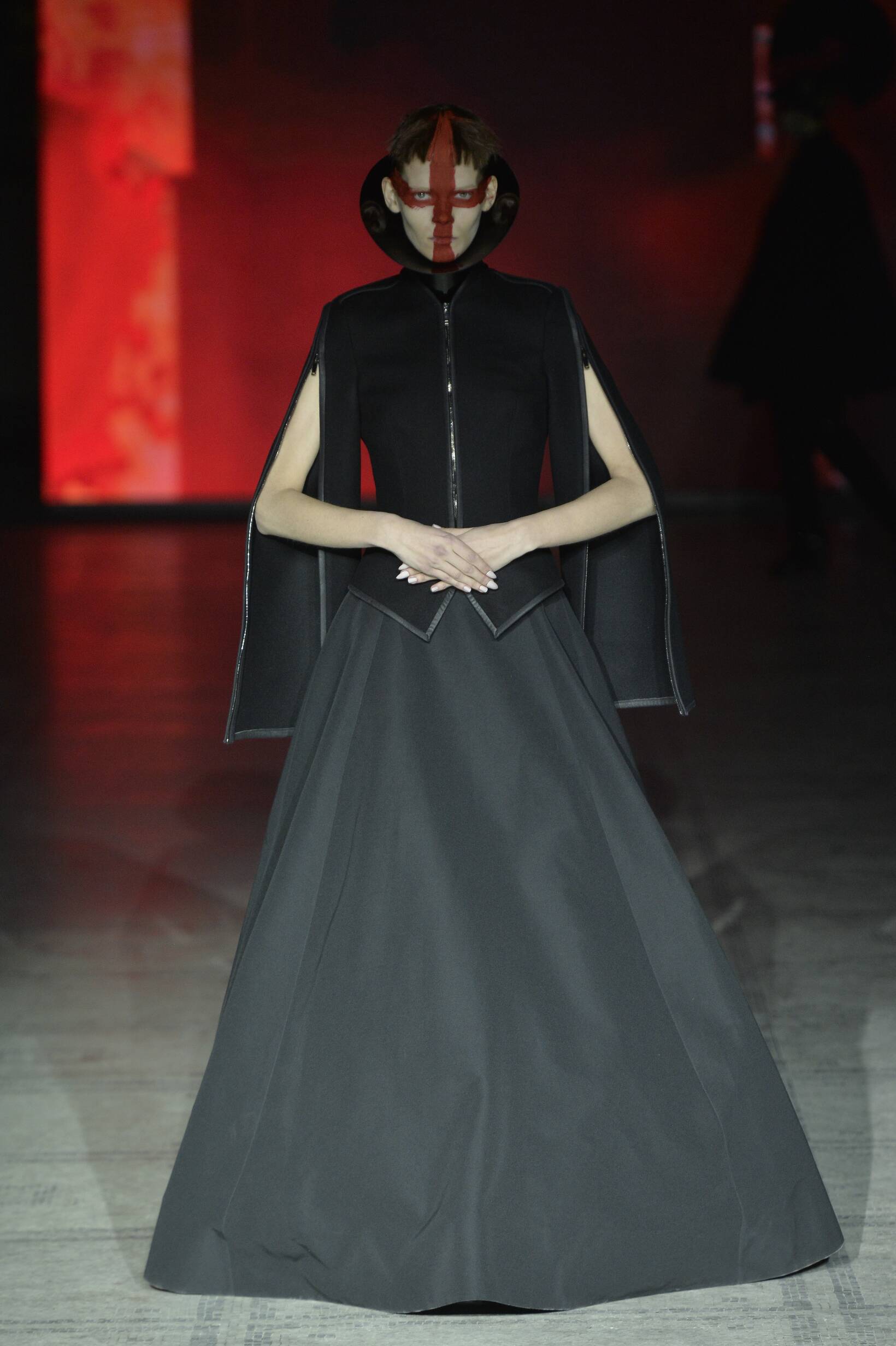 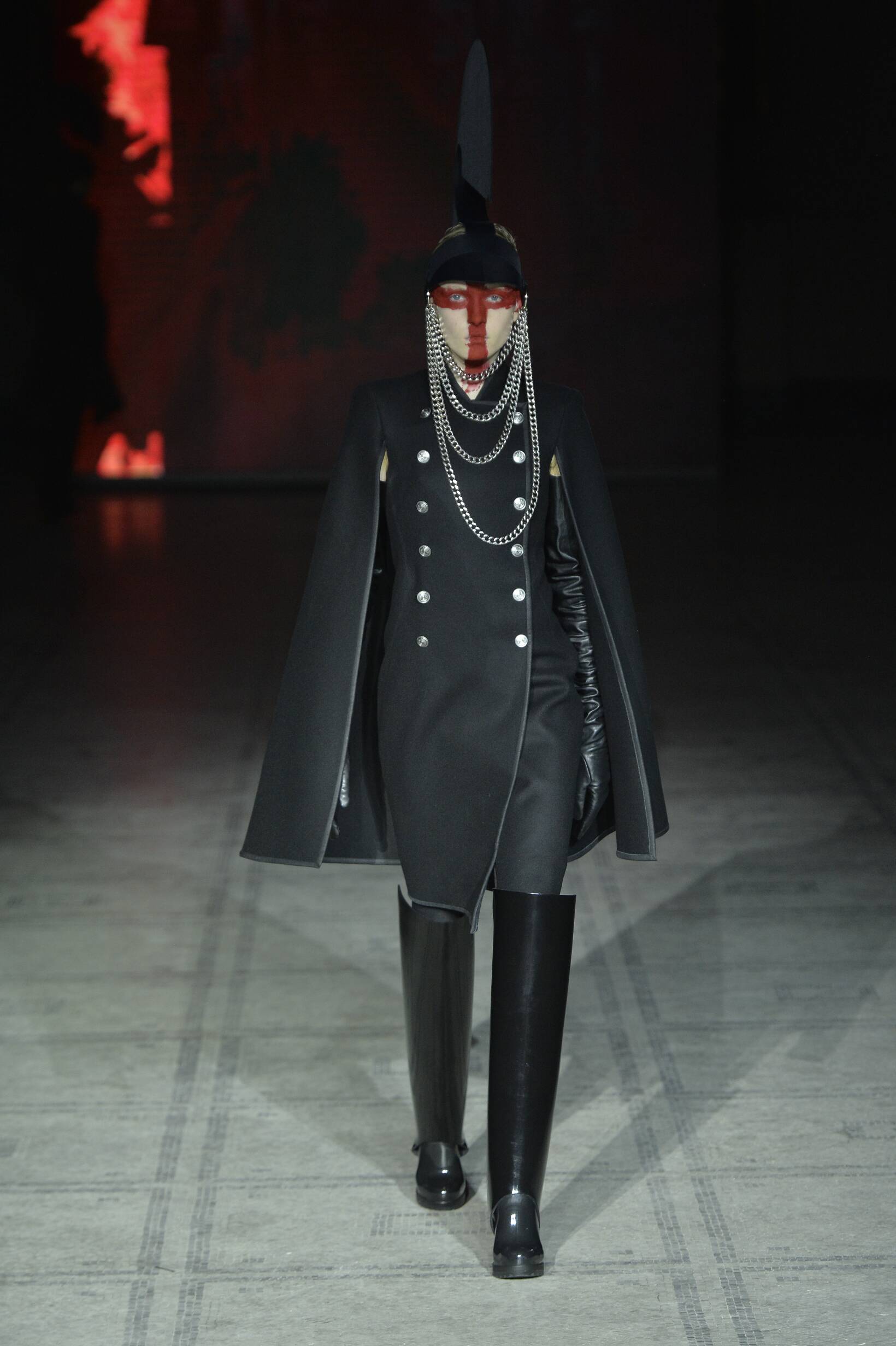 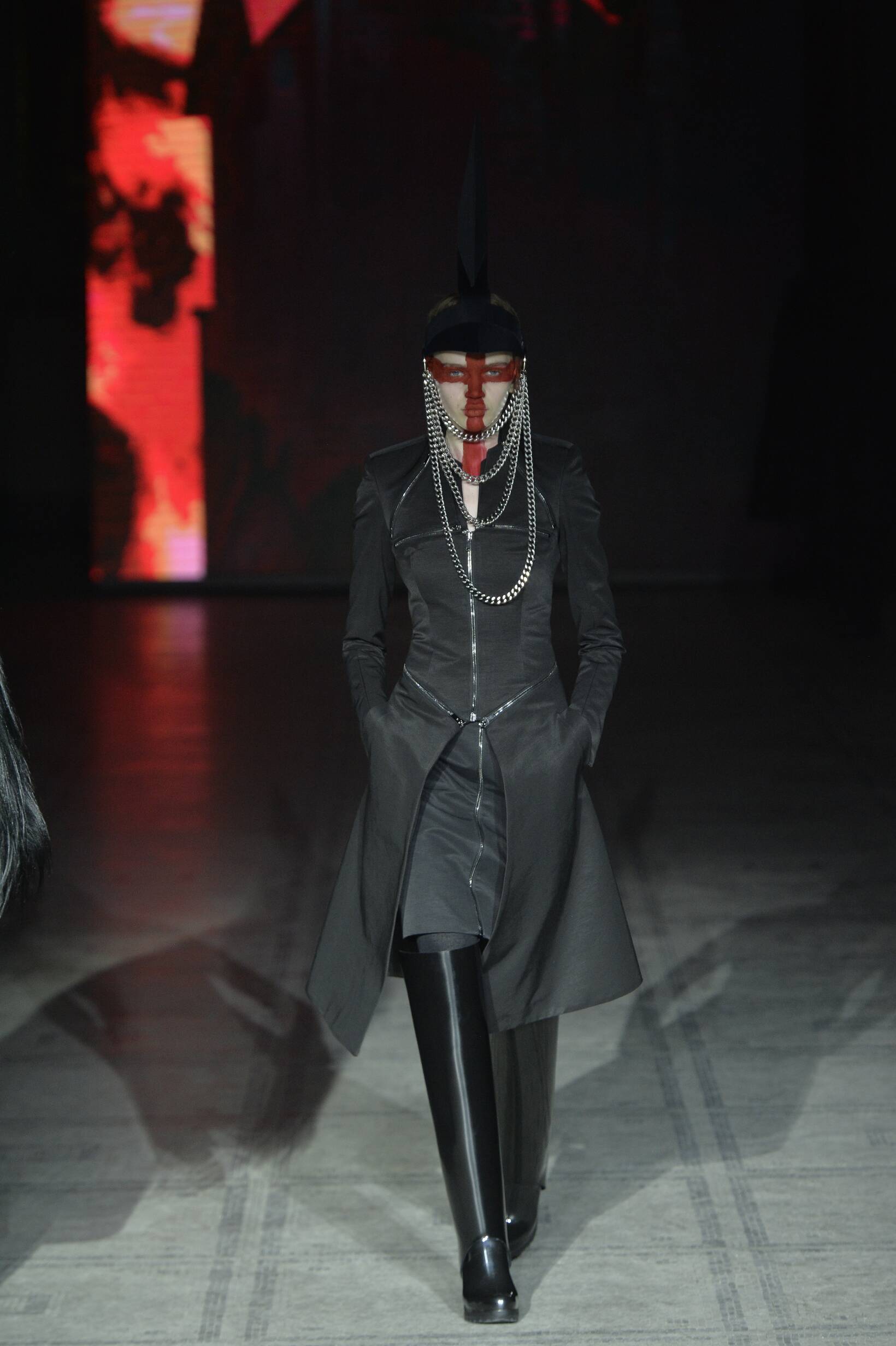 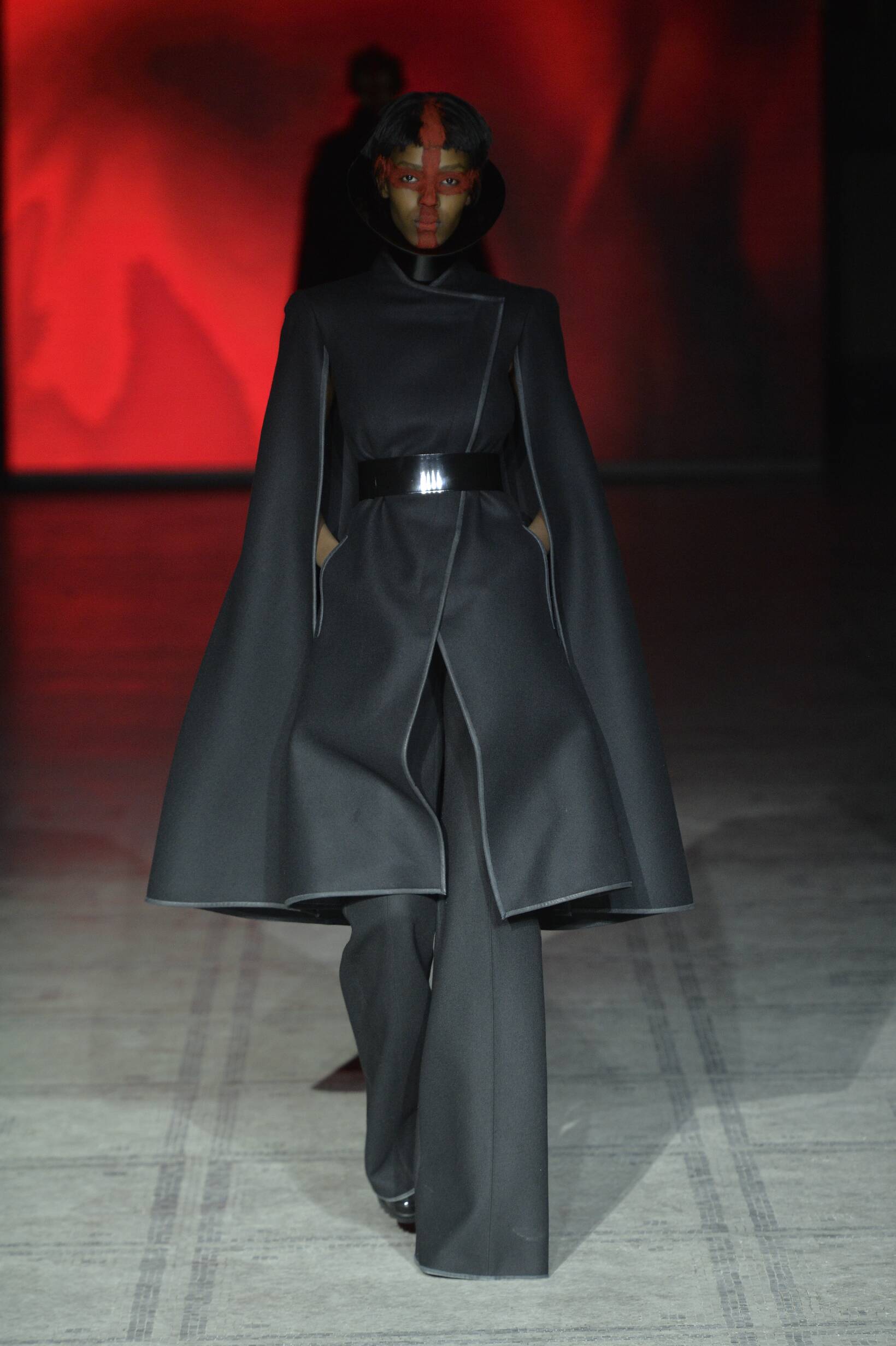 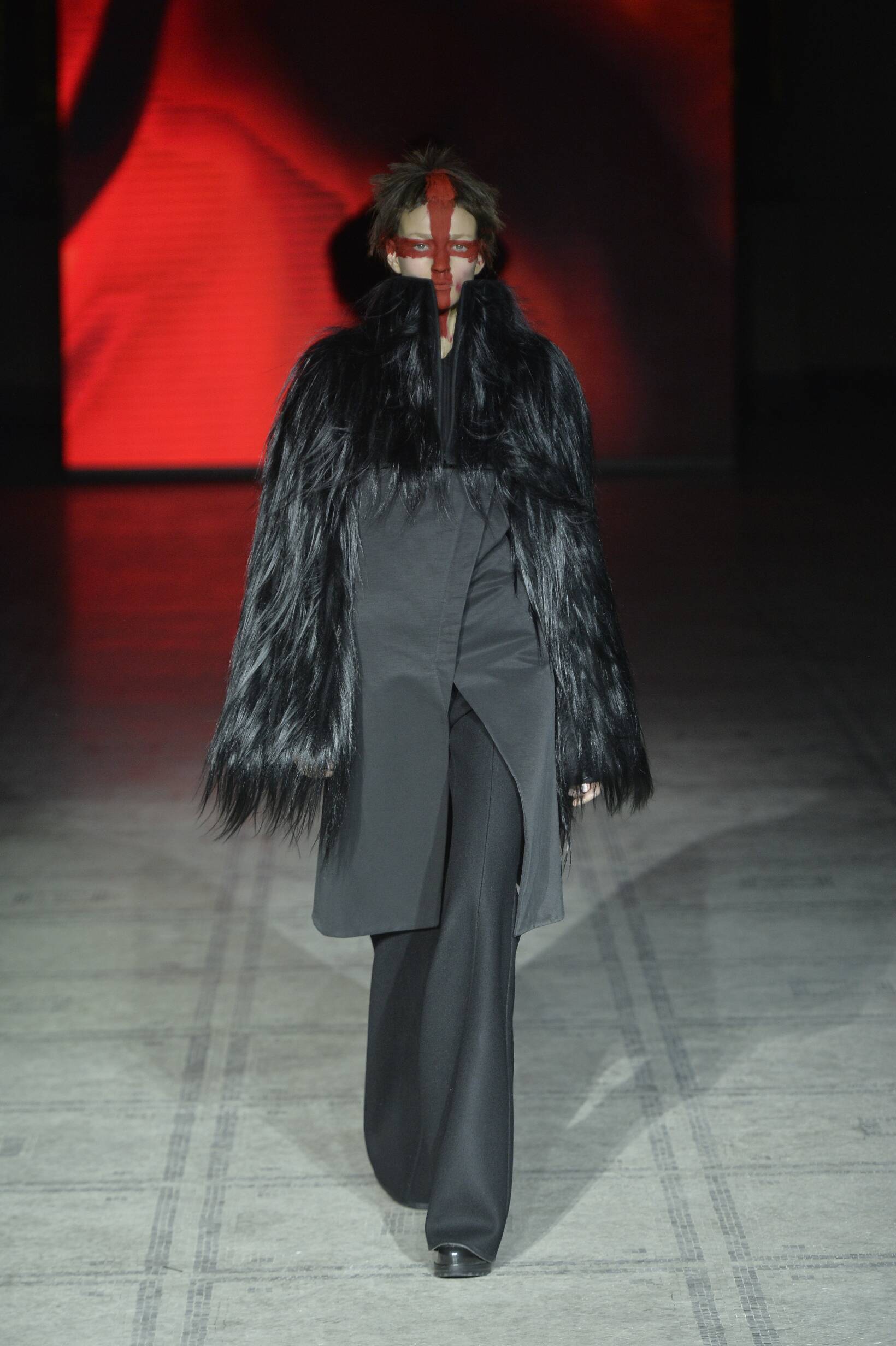