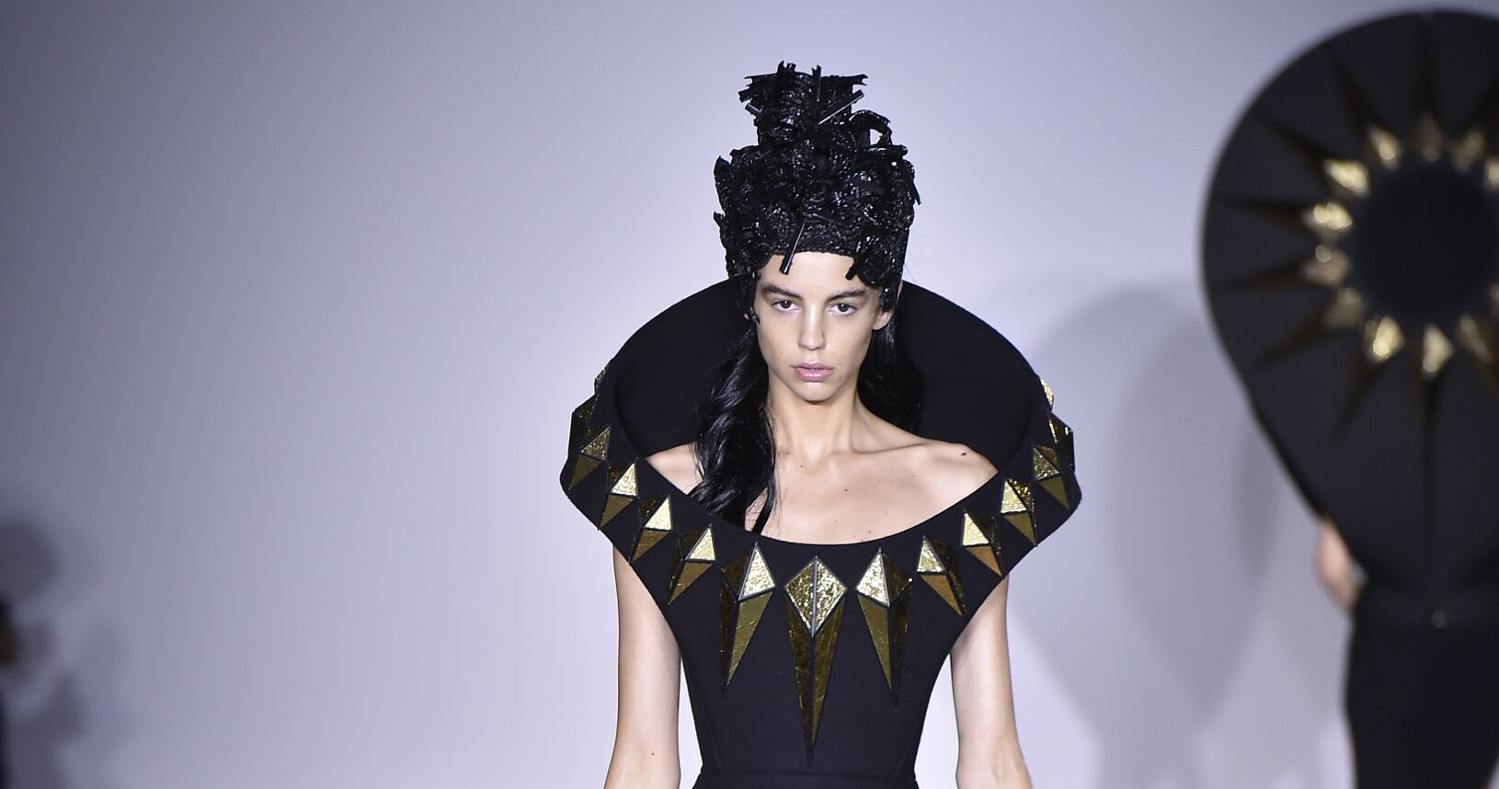 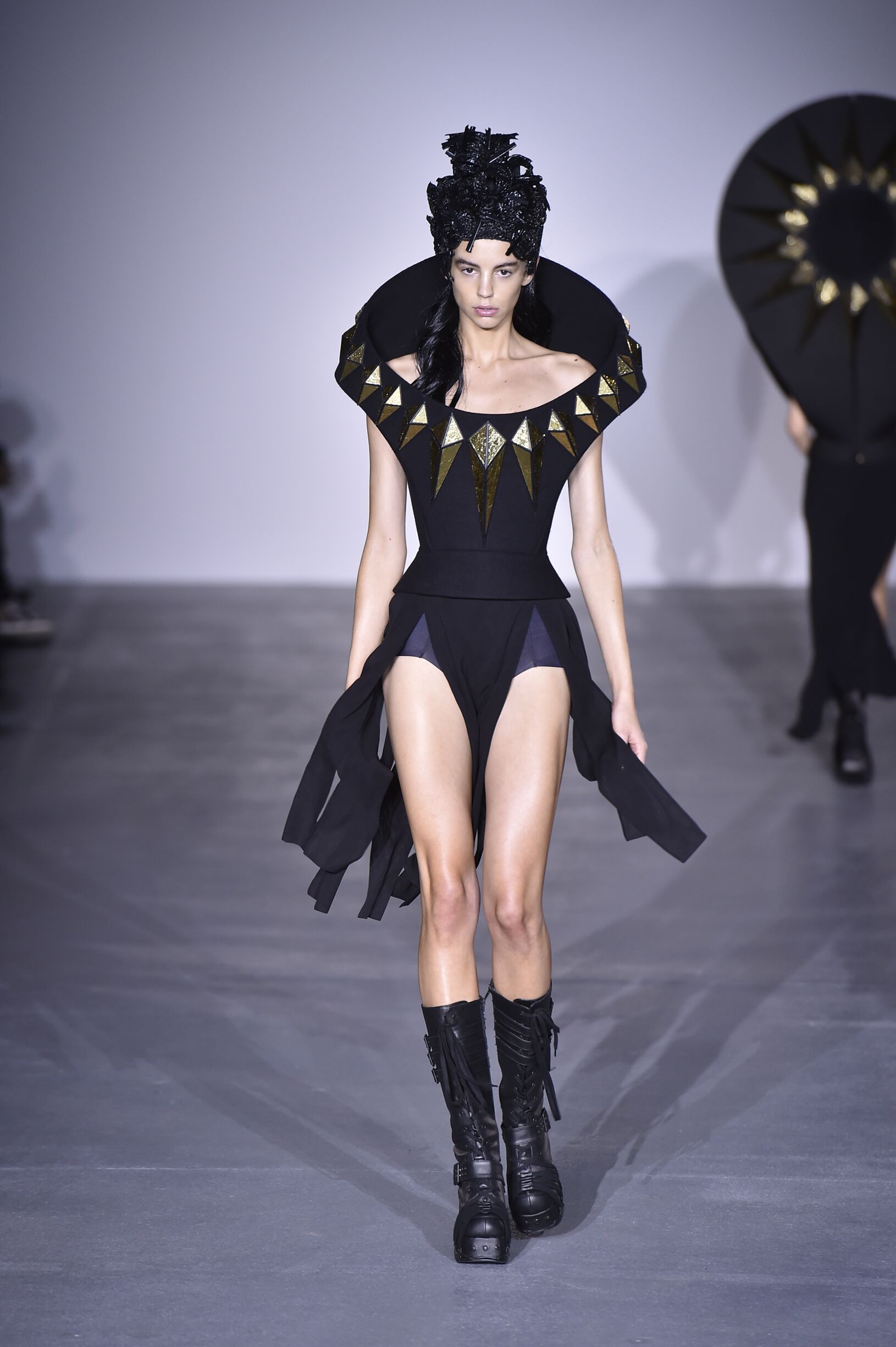 It’s an audacious play for any designer: a full length opera and a runway show scheduled to debut over two cities within 24 hours. For Gareth Pugh, a designer known for an intense creative method and obsessive attention to detail, it’s an unequivocal expression of confidence and determination.

Eliogabalo – written by Francesco Cavalli in 1667 for the Venice Carnival – opened last night at the Palais Garnier in Paris, with over sixty costumes created by the designer. Based on the life of the eponymous anti-hero, it’s the story of a child emperor in imperial Rome, an obscene tyrant and self proclaimed sun god – a narrative that struck Pugh as oddly prescient:

“He’s an agent of chaos, a crowned anarchist, emerging amid a climate of greed and narcissism. It’s essentially about an empire eating itself – which felt alarmingly relevant. I knew that this was where we had to start this season, reframing those themes against a contemporary backdrop. And then, above it all, a single recurring motif: the totemic symbol of the sun. In one way the sun is a symbol of creation and warmth – an explosion of power and life – but it can also represent tyrannical power and destruction. So I wanted to explore that duality, to show two sides of the same coin, but for grace to triumph over nature.”

That this evening’s show opens with a black sun – a hole, a void – is in part a reference to the impotent fury of Francis Bacon’s Pope Innocent X, his gaping mouth described by the designer as “the ultimate symbol of insatiable hunger and consumption,” his ecclesiastical vestments largely responsible for the shock of purple that surfaces elsewhere in the collection.

This opening look clearly plays to the performative aspect of power, which is a theme that runs throughout the entire first movement, most pointedly via a series of garments seemingly decorated in a form of gold bullion. Look closer and what first appears as an opulent display of wealth is in fact a mosaic design based upon the chaos symbol.

As the story unfolds, this gilded rigour is shattered – quite literally – as regal silhouettes gradually give way to a relaxed earthy ease, and a cast of square-shouldered bureaucrats are overrun by a shit-kicking phalanx, draped in solar strobe.

Signifying a return to the source, the sunburst motif – intended by Pugh to represent fertility, mysticism and a sense of renewal – is, in the designer’s own words, “a ray of light emerging from the darkness.” 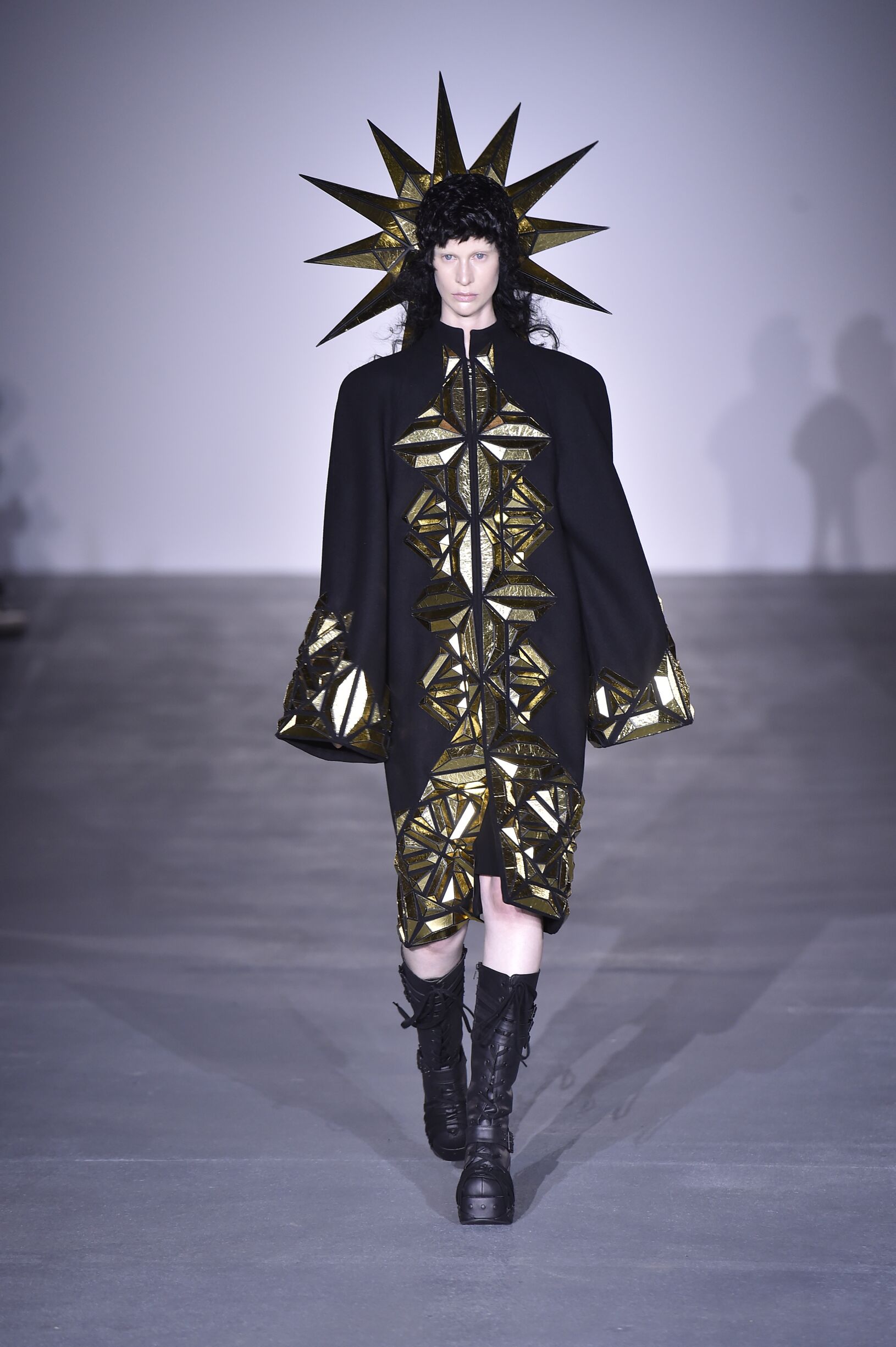 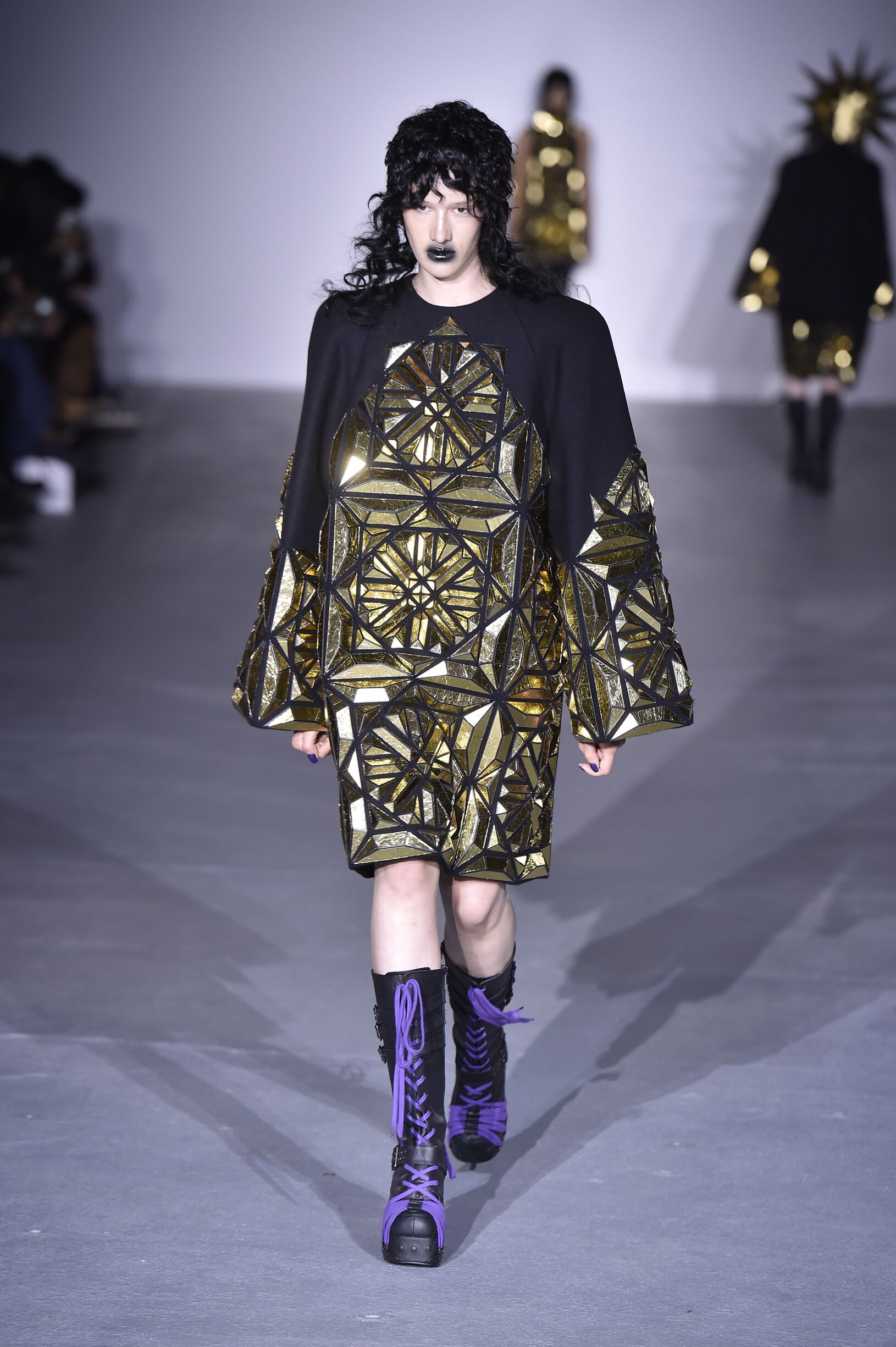 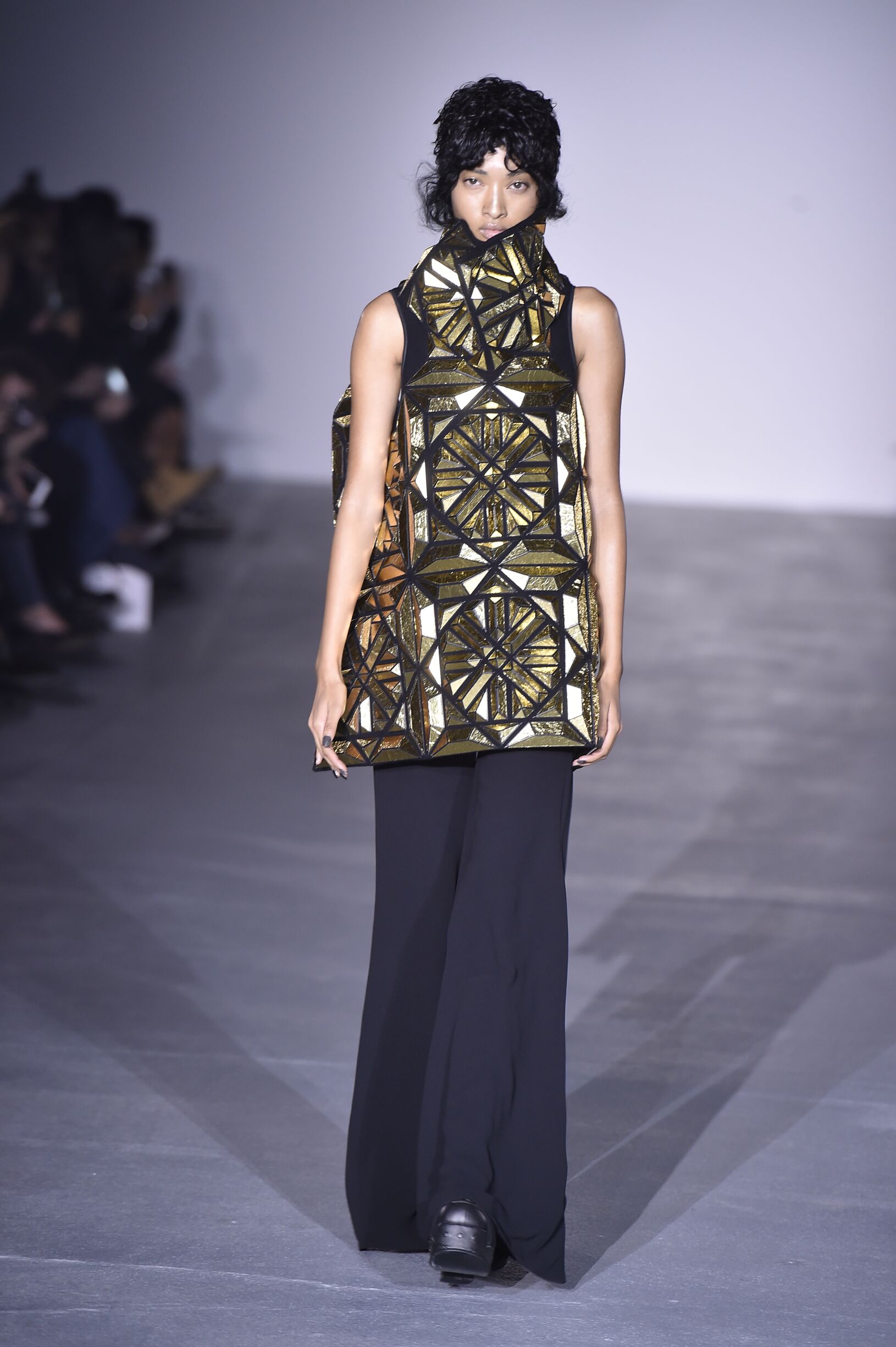 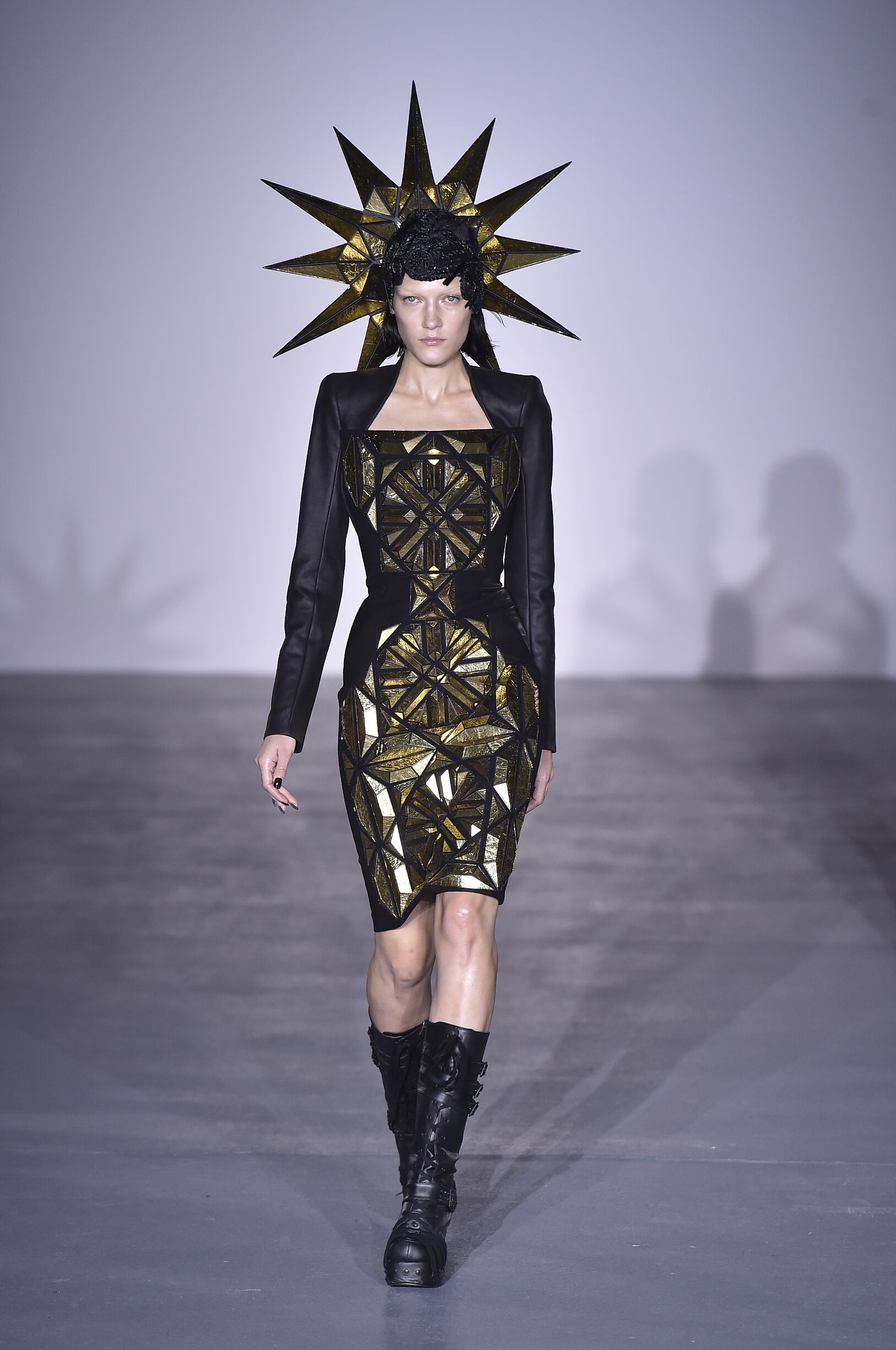 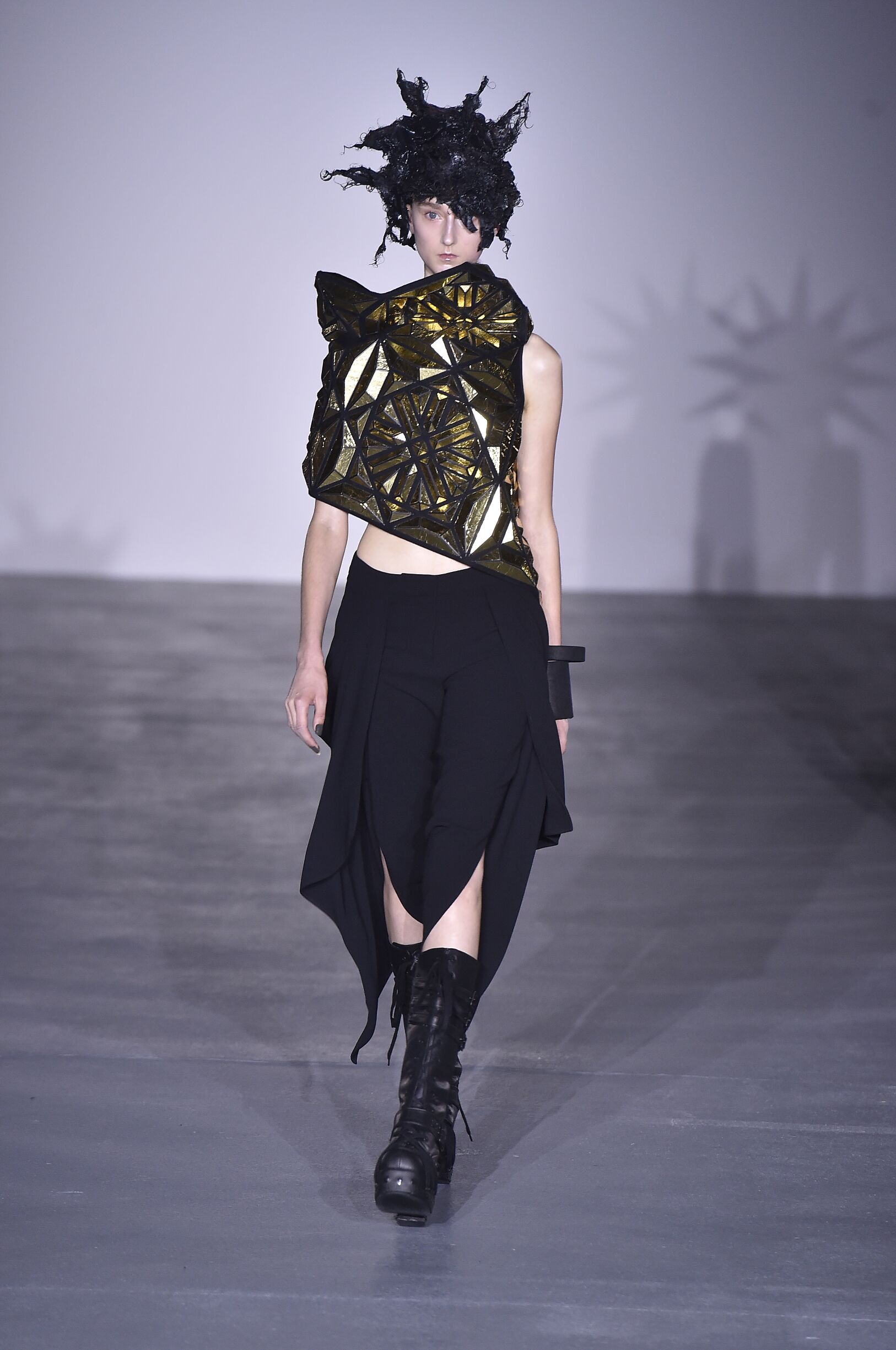