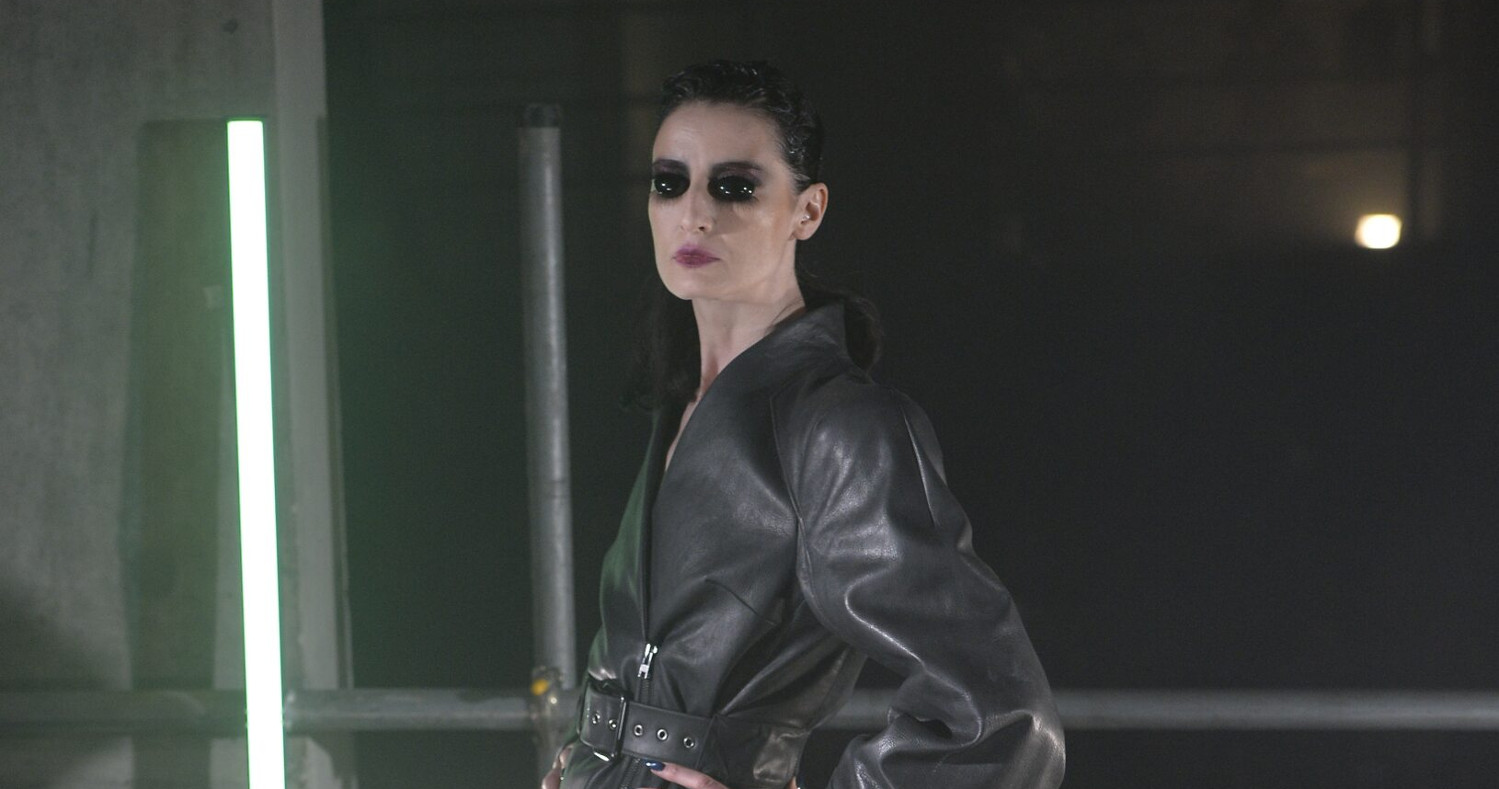 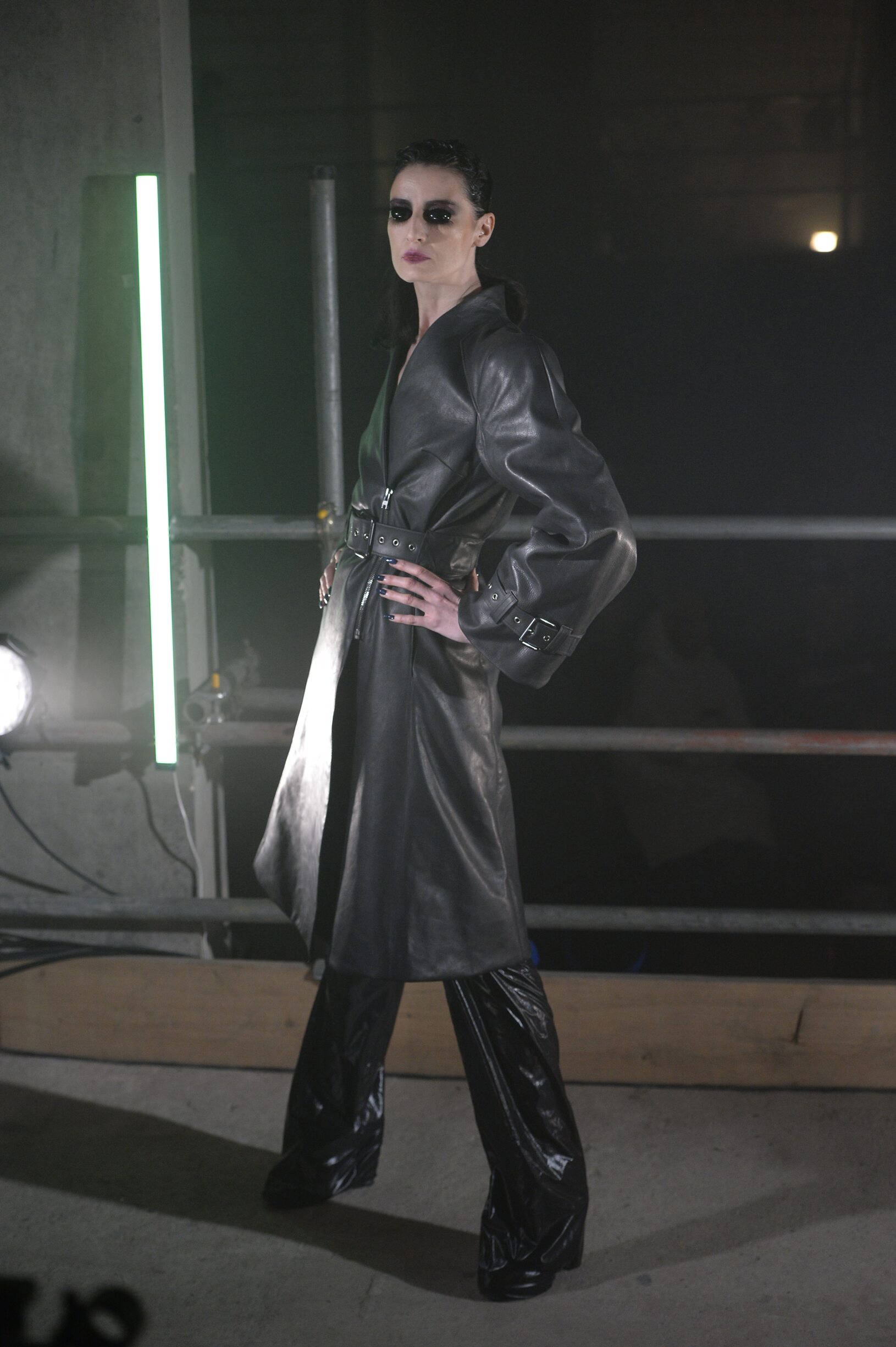 If you share the opinion that fashion stands for more than a glitzy sideshow, that it can – and should – reflect our collective fears and fantasies, then it may come as no surprise that this evening’s Gareth Pugh show presents an austere vision of a world on the precipice of anarchy.

In the months preceding this event, as the designer began work on his Autumn/Winter 2017 collection, creative projects took him on something of a world tour, including stints in Moscow, Beijing, Istanbul and Washington DC (the latter trip purposefully timed to coincide with the US Election.) Conceived in an ambiguous, troubling time, this is a collection informed by the inescapable forces of the cultural landscape. Where the prevailing instinct is to build walls, reinstate borders and reclaim territory. Where the most powerful person in the world is a billionaire demagogue and self-confessed pussy grabber.

That such sensory overload might lead to a stately procession of stark, architectural silhouettes and garments almost exclusively rendered in paired-back and unfussy fabrics, speaks to a discipline of thought. To find such extreme chaos parlayed into a collection notable for its monolithic singularity– each garment expertly executed with muscular control – simply demonstrates the dexterity, strength and ferocity of vision that has defined Gareth Pugh’s label for well over a decade.

Cinematic in scope, this collection finds the designer taking many of his visual cues from that most sacred (and profane) form of image making. In an age of optics, Pugh channels iconic cinematic references as a form of universal shorthand. Drawing on Bob Fosse’s Cabaret, he describes how over these past months he came to be fixated with “the nature of the witness.”

“It’s about fight or flight. The cultural pendulum has swung to the right. The veil has been lifted. As a designer, how do you deal with that? It’s like that moment in Cabaret – “In here life is beautiful!” – as outside the world burns. Do you look it in the eye, or do you look away? That’s the critical question. It defines who you are.”

This collection carries in its bowels the distinct threat of radical extremism. One need only look at the way the designer handles another key reference, Liliana Cavalli’s 1974 film The Night Porter – less a camp classic, than a stone cold psycho-sexual nightmare – where by turning the dynamic of the film on its head, Pugh presents an imposing vision of lethal female resistance. A seething insurgency, collectively tearing at the dark underbelly of toxic masculinity.

One must also consider the soundtrack – an excoriating opus in its own right.Every sample, without exception, chosen by the designer. Each subject to relentless looping and lacerating jump cuts, in a model based on CIA sleep deprivation techniques. A method lifted from the world of “enhanced interrogation, ” it asks us difficult questions while offering no easy answers. Demanding that that we stay awake, in the hope that we might Stay Woke.

Staged in the round, characters move through the audience, wild and bug-eyed –implying wilful blindness, or fair protection against the floodlit obscenity at hand? – slipping through concrete apertures, frame to frame, as though unspooling in celluloid. A cast mostly made up of Pugh’s friends: activists, artists and outliers. Circling, gathering force, beneath the streets of London. As the pussy grabs back. 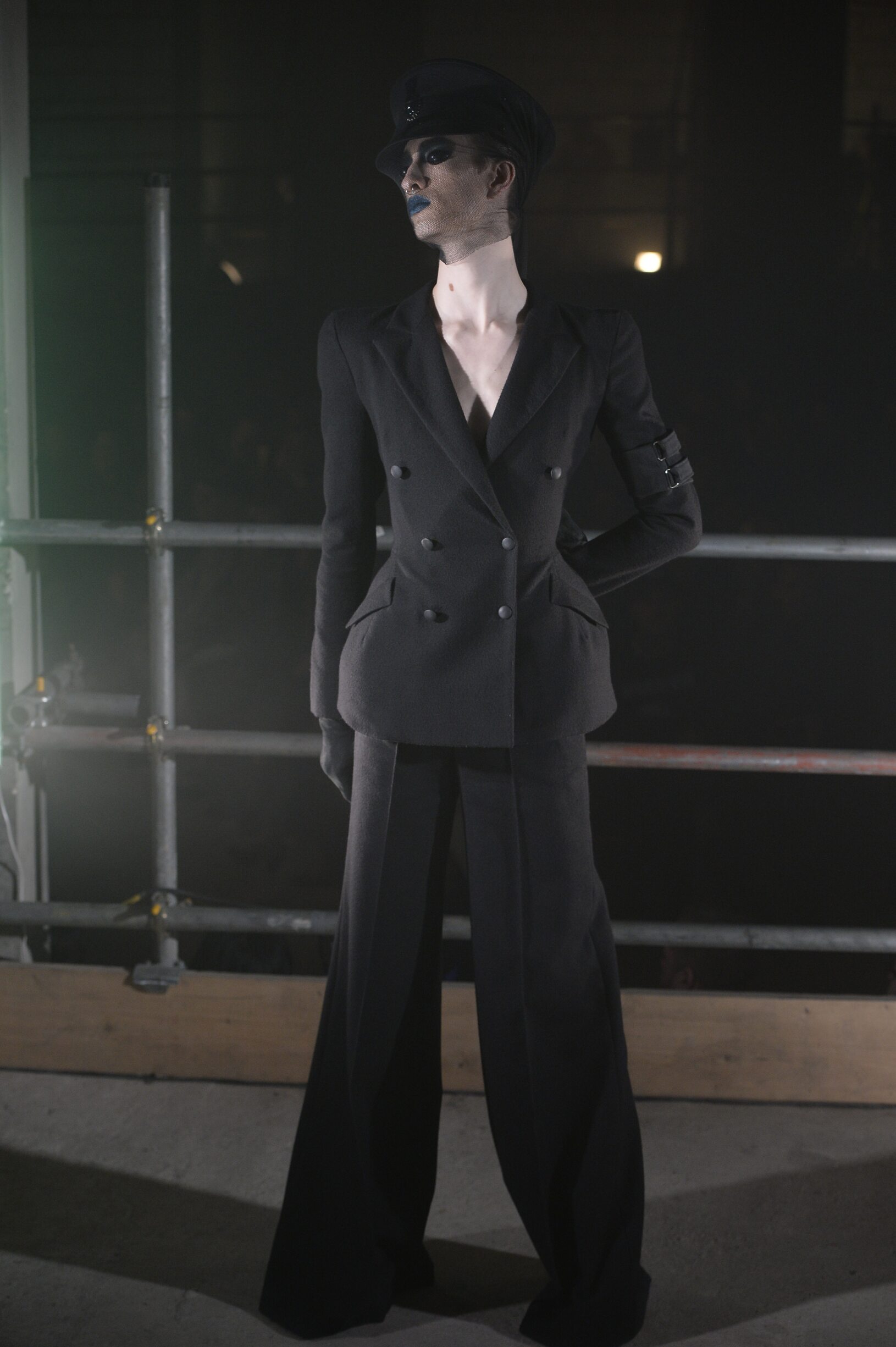 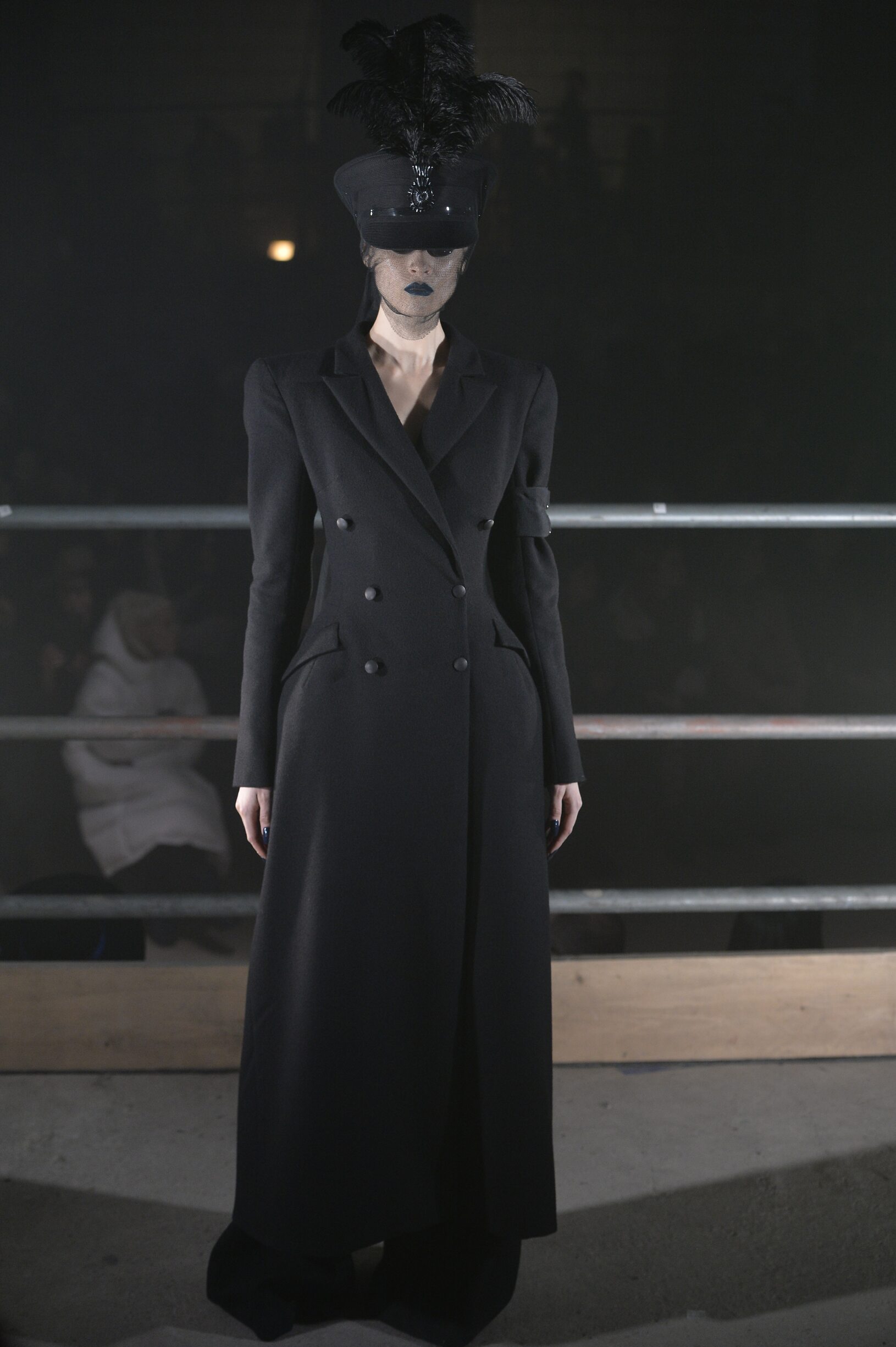 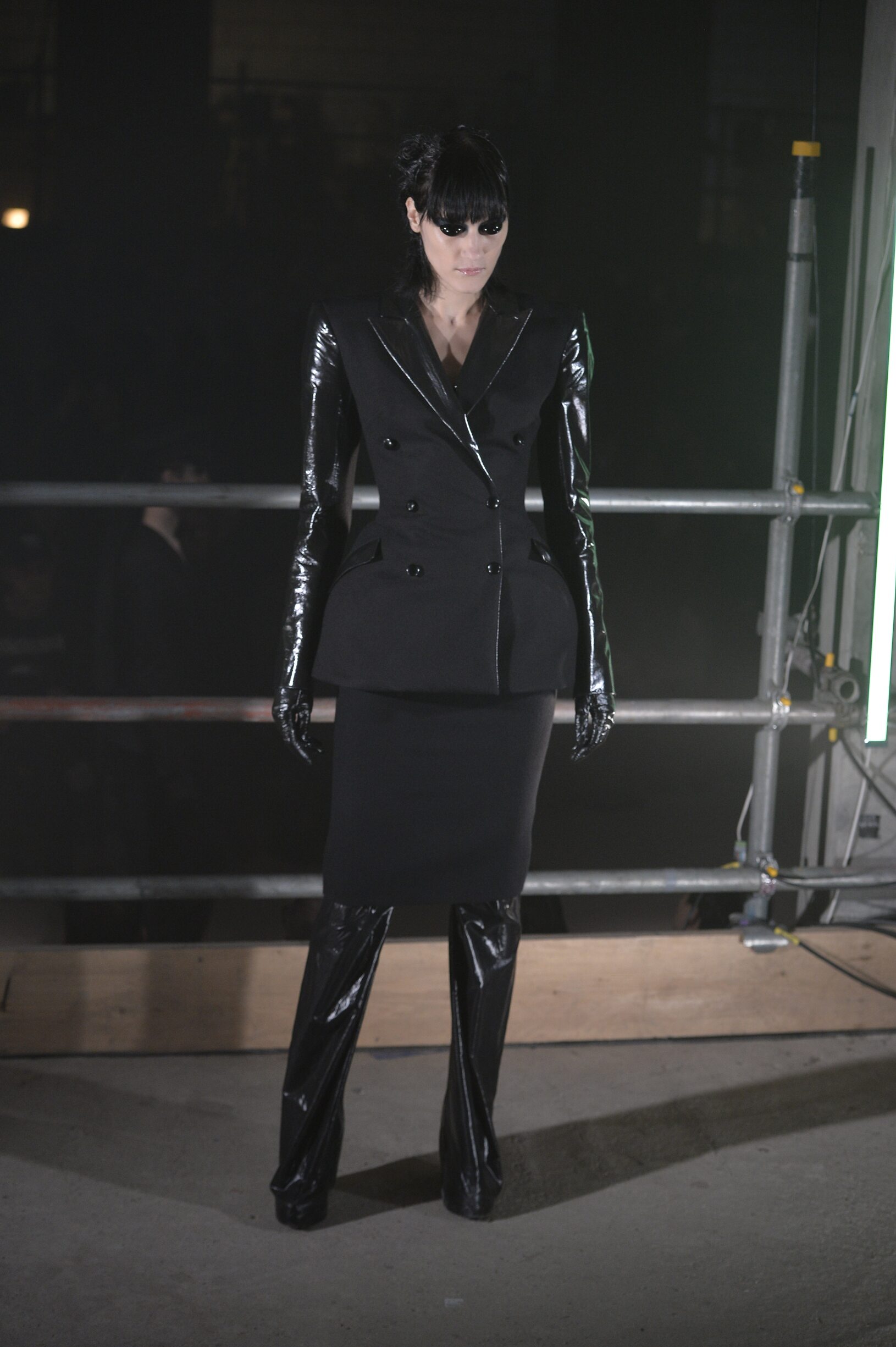 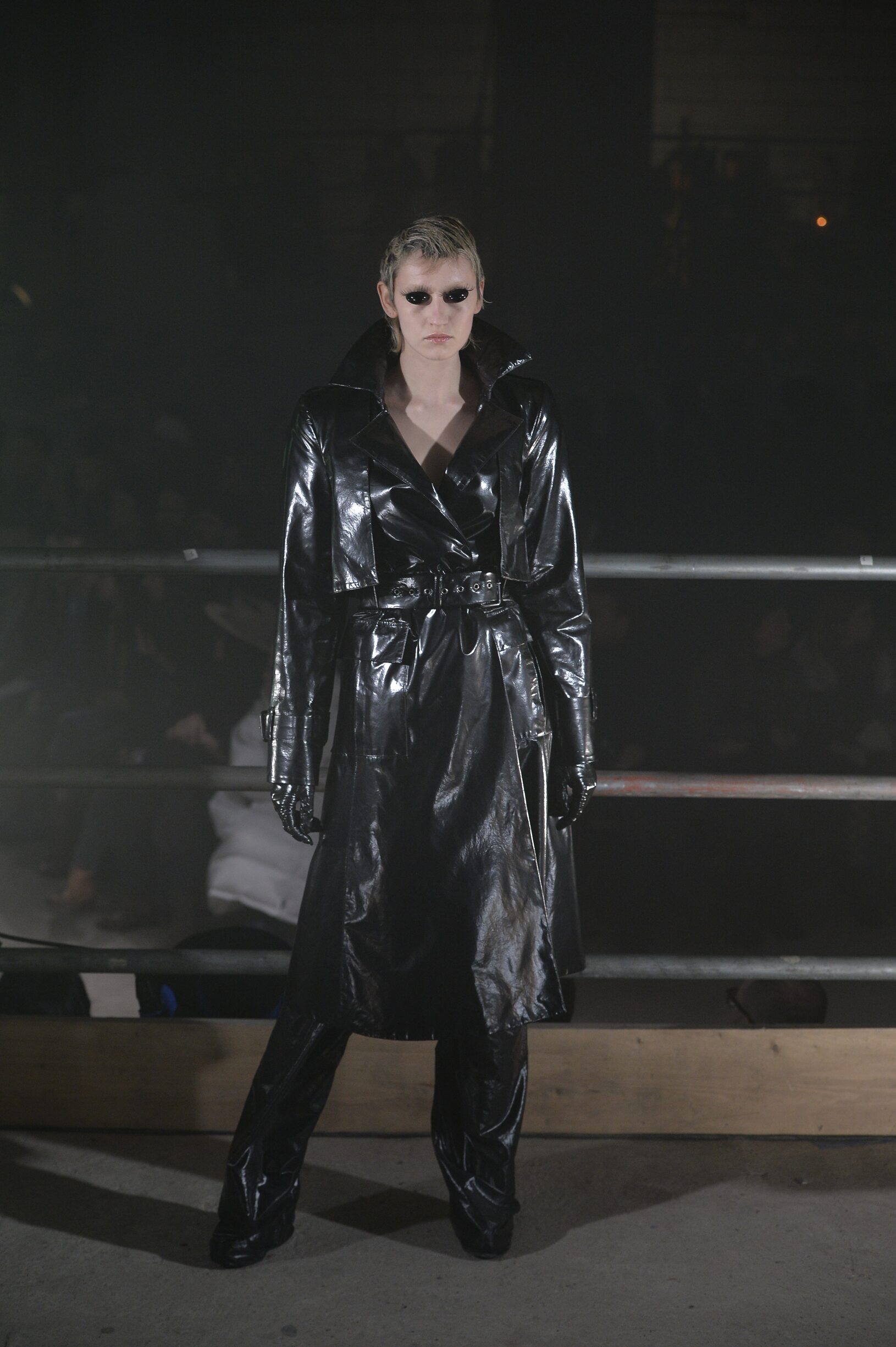 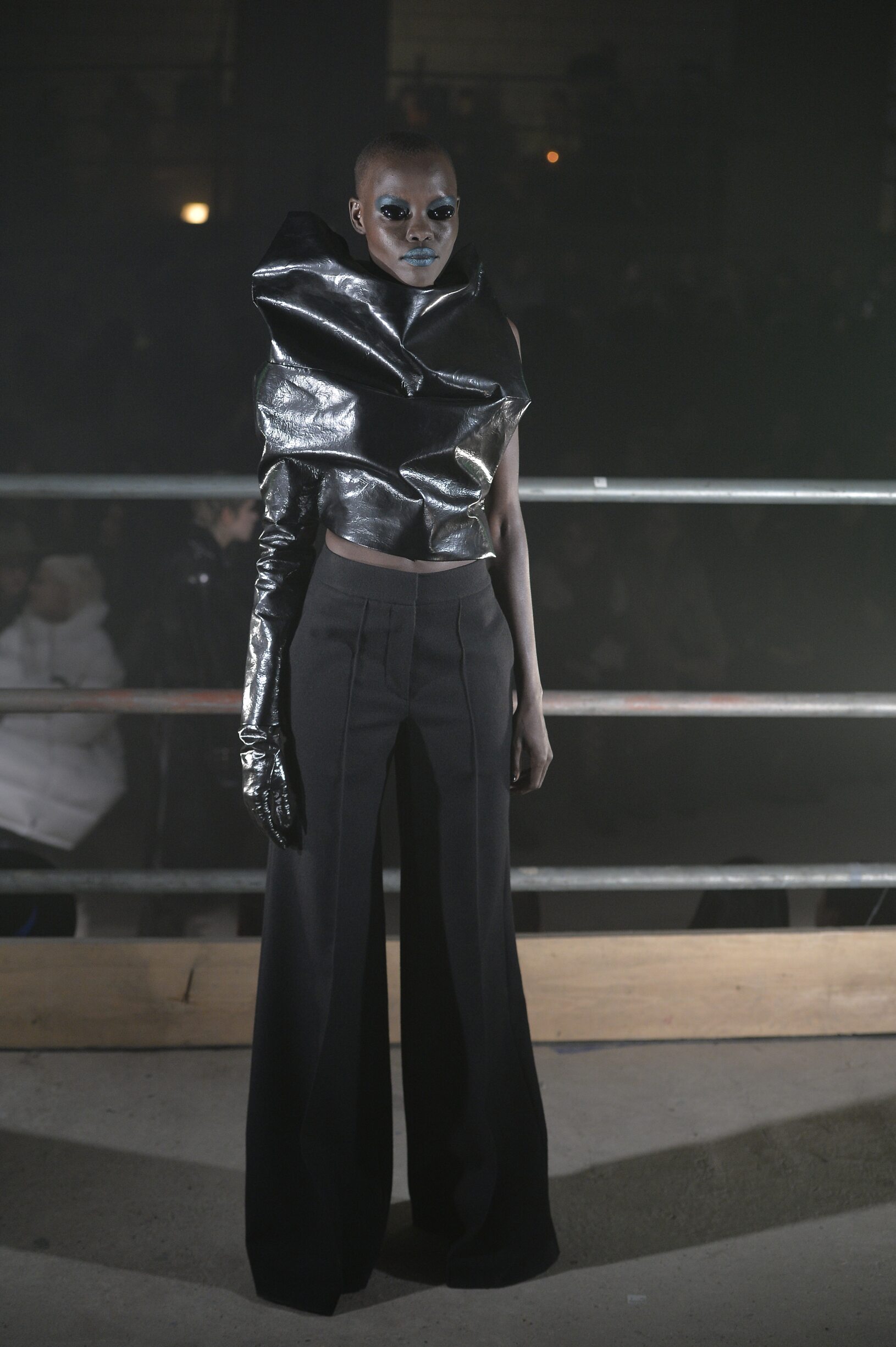