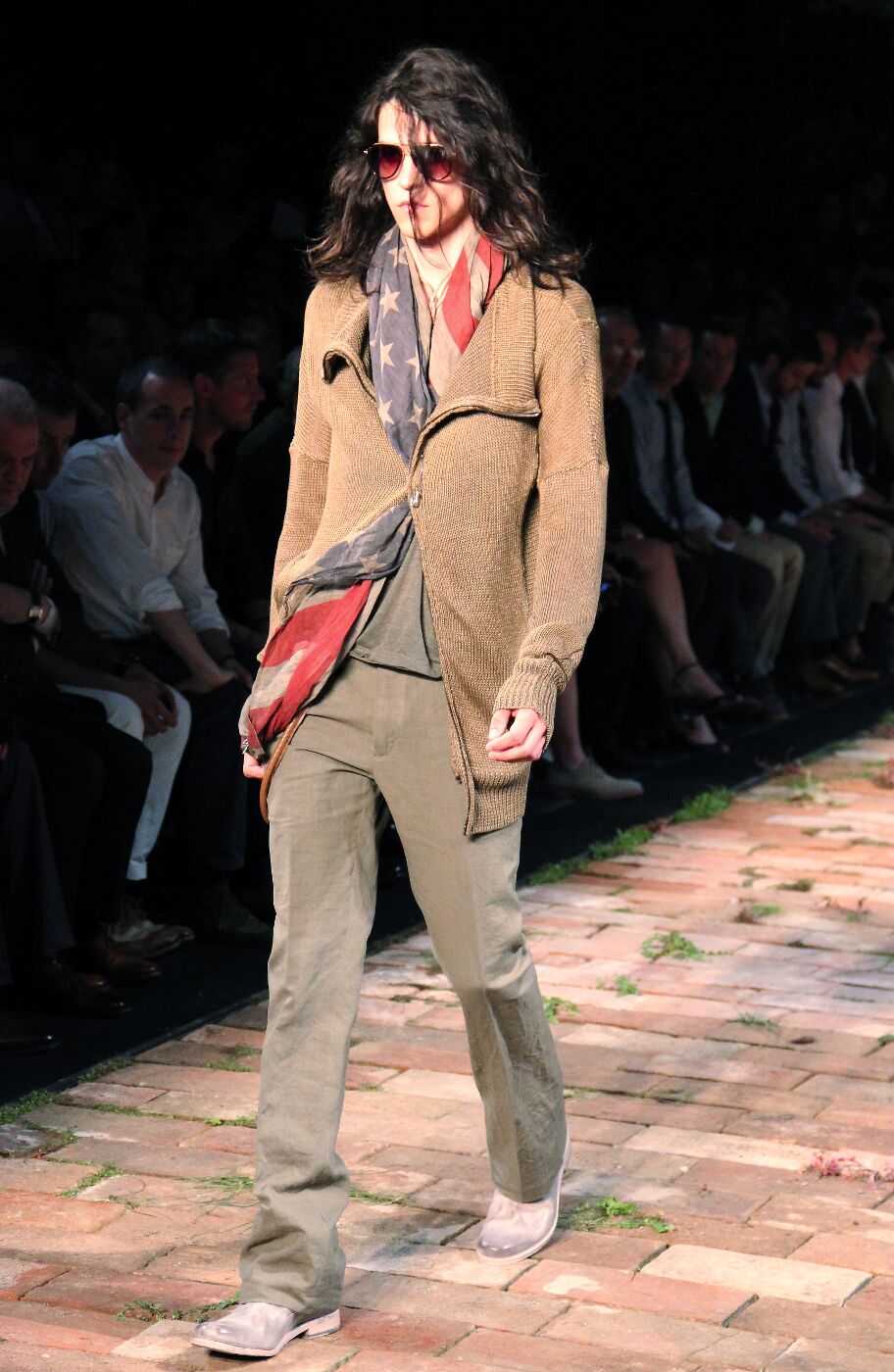 For Spring/Summer 2012 Collection John Varvatos was inspired by a light, fresh and romantic style. This style was typical of several bands from the seventies including The Rolling Stones, Led Zeppelin and The Who.
The look is soft, nonchalant. Outerwear, tailored pieces, long shirts and knitwear move softly around the body. Nothing is tight; fluid lines and layering suggest a take on style that is both poetic and individual.
Cutaway jackets, fencing-inspired blousons, long dusters and 3/4 length summer coats are precisely-cut, but the absence of linings translate into a new, smooth line.
Lacing detail on collarless coats adds both ease and movement; pin closures and studs in place of sleeve buttons give an unexpected twist. Vest add another layer of ease, with a gentlemanly touch. Had painted roses on suits and jackets are unexpectedly romantic, yet manly.
Shirts meant to be worn outside of trousers as the base of the layered silhouette, collarless painter shirts are pivotal to the whole look. Light but crisp, they create soft contrast when worm underneath the tailored pieces. Tailored pants caress the leg without being body-consciuos.
Fabrics weightless and crisp, colors pure and serene, shades of grey: stone, pearl, dove, steel. Earthy notes of sand, khaki, olive, pure white, a touch of black. 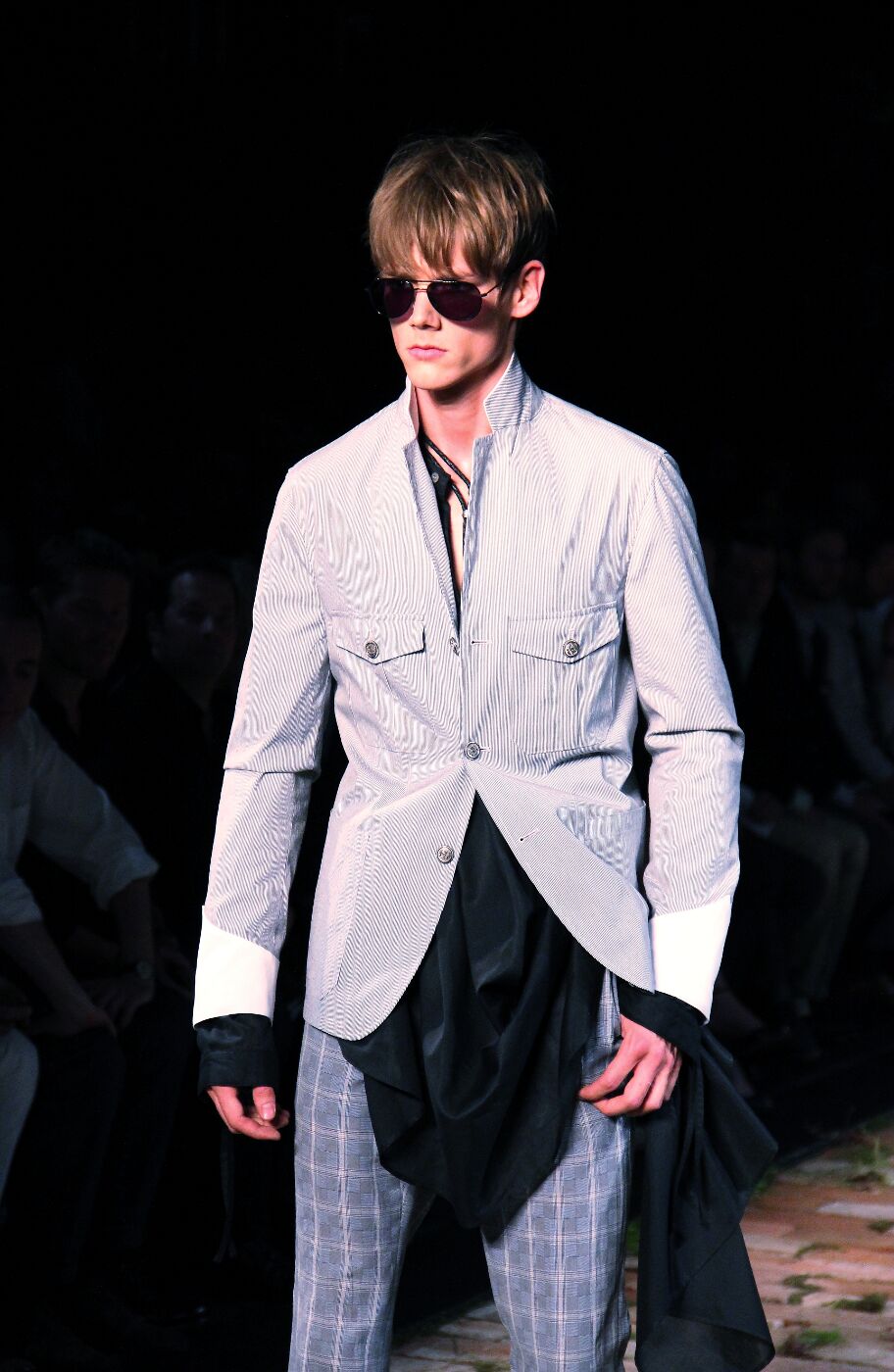 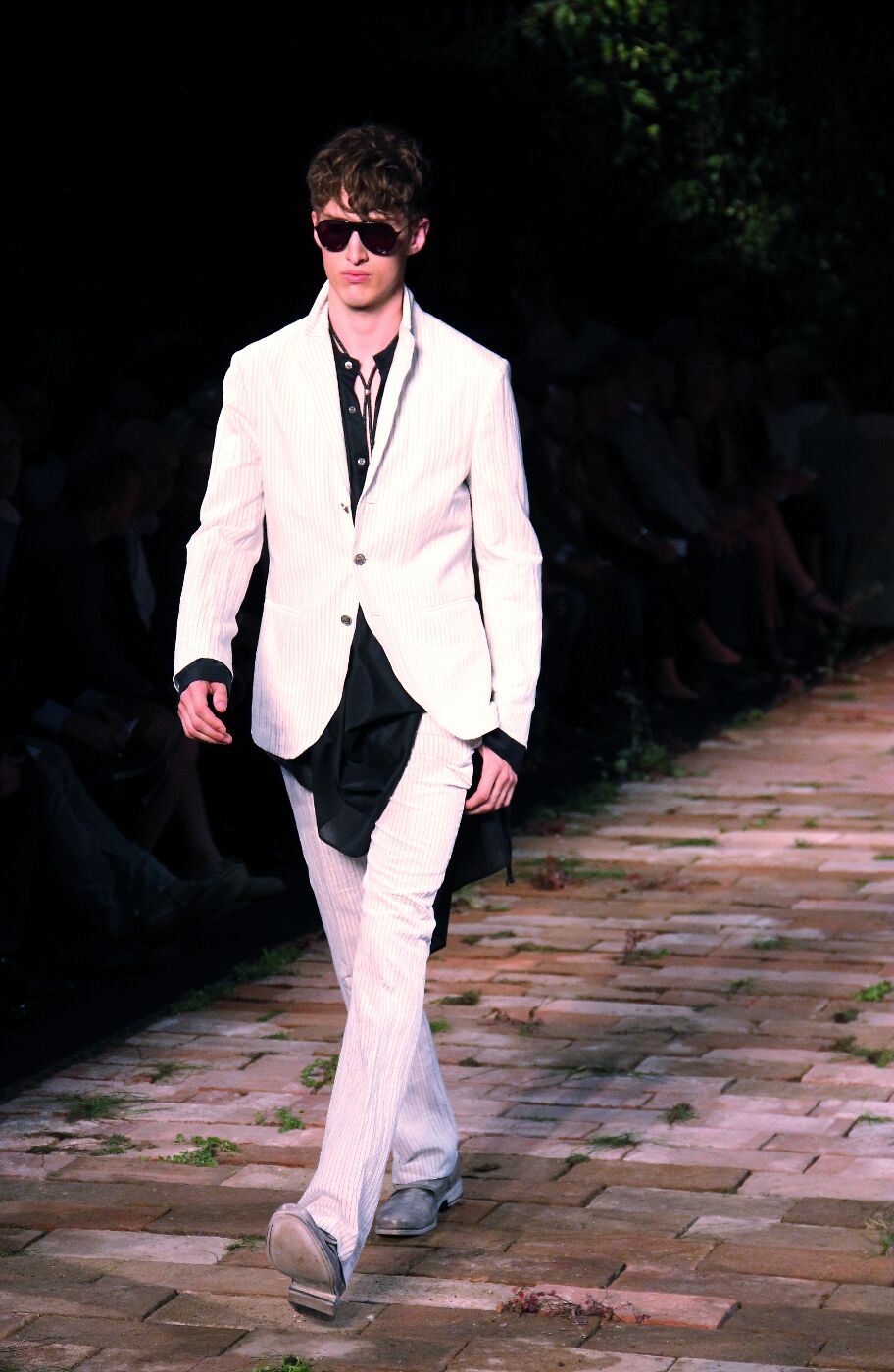 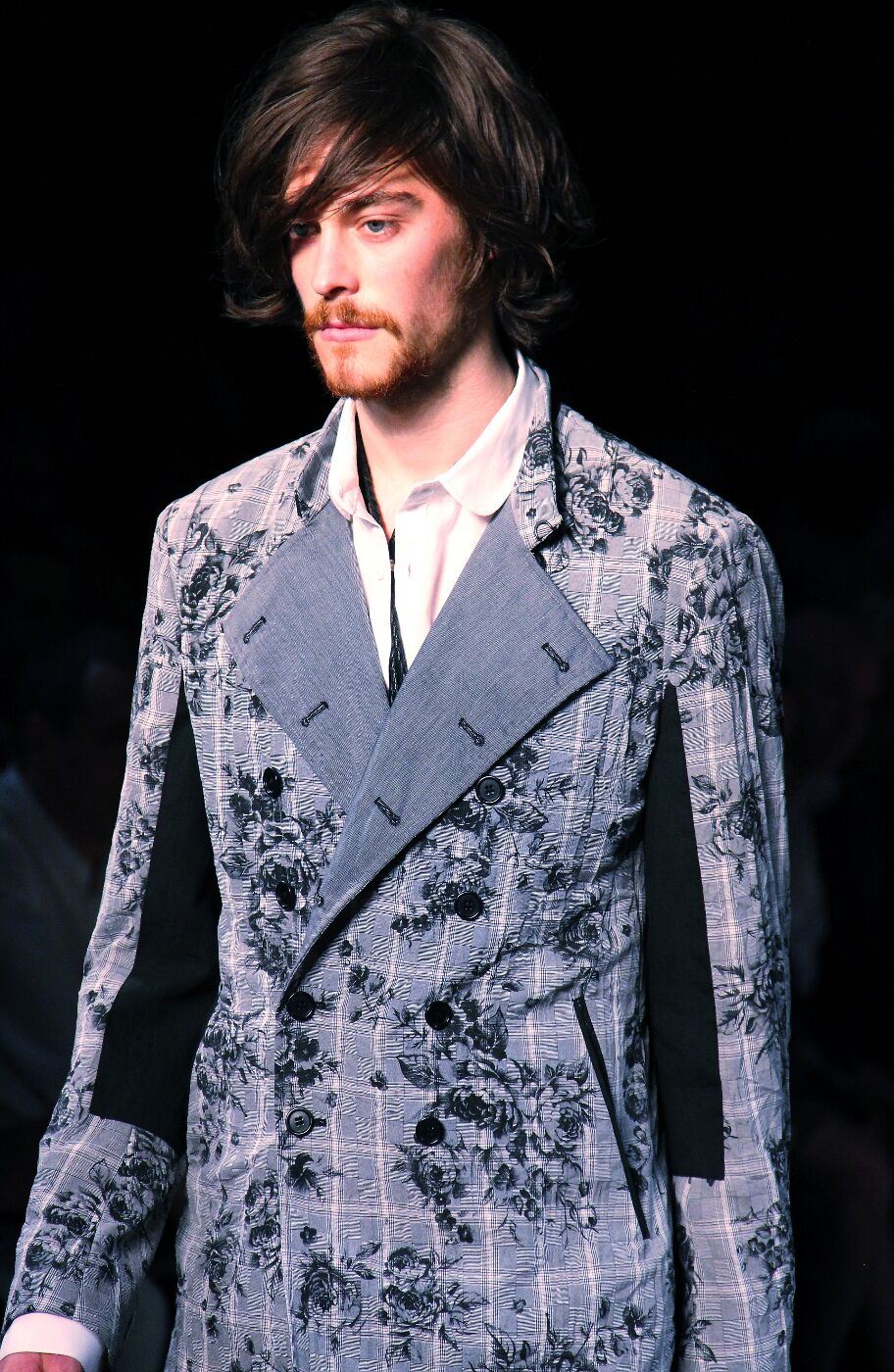