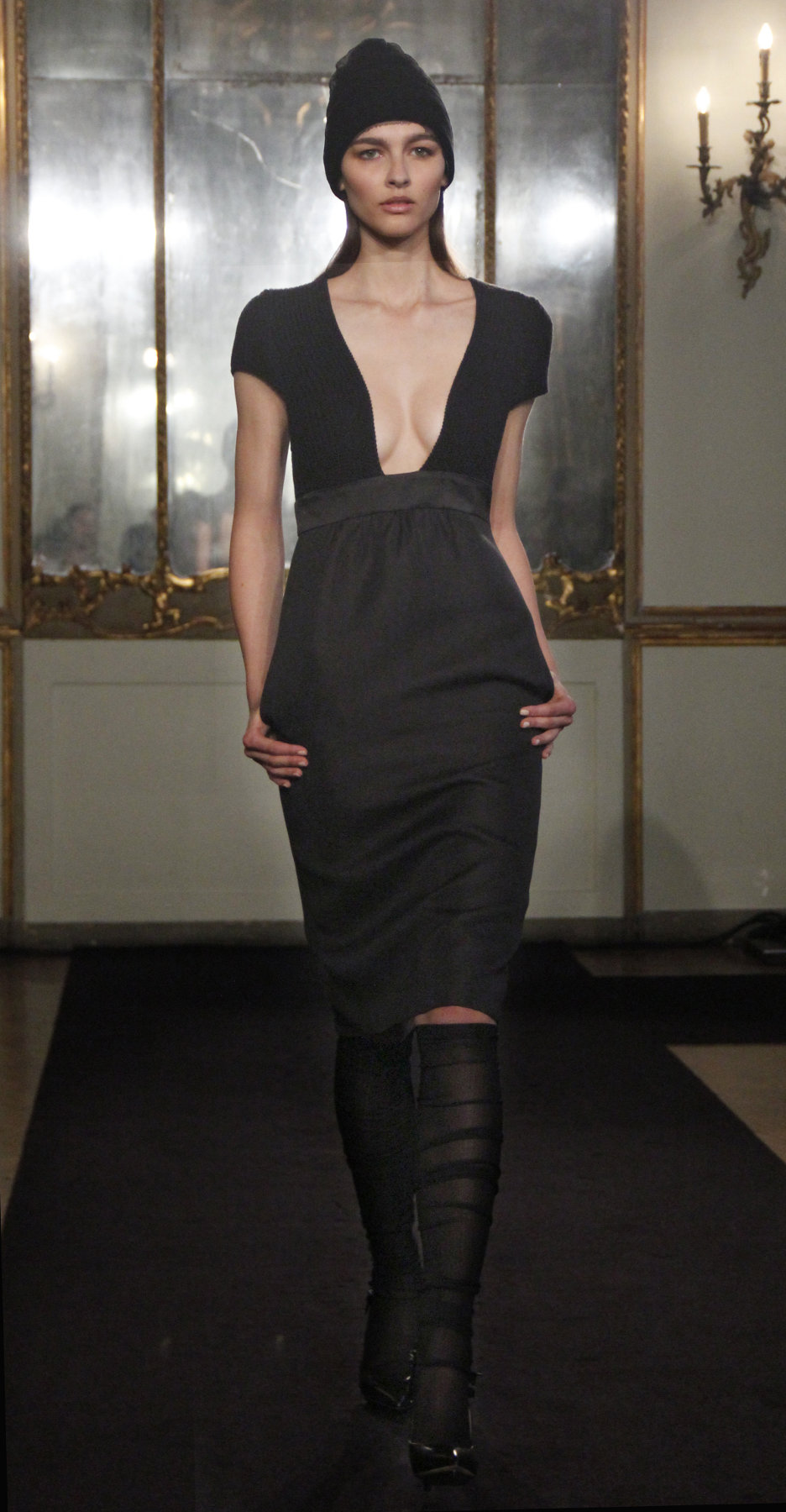 The 2012 Les Copains Collection, designed by Alessandro Dell’Acqua, inspired by Lisa Fonssagrives Penn, the muse of some of the top master photographers (like Richard Avedon, Man Ray e Irving Penn) frames a couture symbiosis between materials and style, enhancing elegance and sensuality.
It’s all about subtle seduction through the evocation of graphic silhouettes, the marked waist lines, the winter colors: grey, forest green, black, purple.
A mohair dress trimmed with swaroski and studs on the neckline and a masculine check detail. On the coats plaid is combined with tribal kidassia or Mongolian furs intarsia on the knitwear. The little black dress trimmed with plisse’ both in knit.
The same effect is also seen in the furs sewn on an organza base. Knitwear, in all of its expressions, is at the highest level and always in the tradition of Les Copains. On the dresses knitwear ribbing gently design the silhouette of the body combined with double face satin on pencil skirts.
Super lightweight alpaca for the almost transparent pullover to be worn over a micro cardigan. The jersey takes on a felt look when over a rib knit dress, all laser cut with picot finishing. The popcorn stitch micro pull is decorated with floral embroideries in metal and jais. Crystal snowflakes materialize like in wonderland on maxi pullovers with baby alpaca cables. Knots in knitwear embroidered by hand intertwine made to look like fur on a dress with a trompe l’oeil effect. For a skirt a thick layer of laminated sequins create a sparkling twist. Hats in knitwear are wrapped in tulle.
Alessandro Dell’Acqua designs for Les Copains a refined collection where each piece evokes the tradition and vision of the Maison. 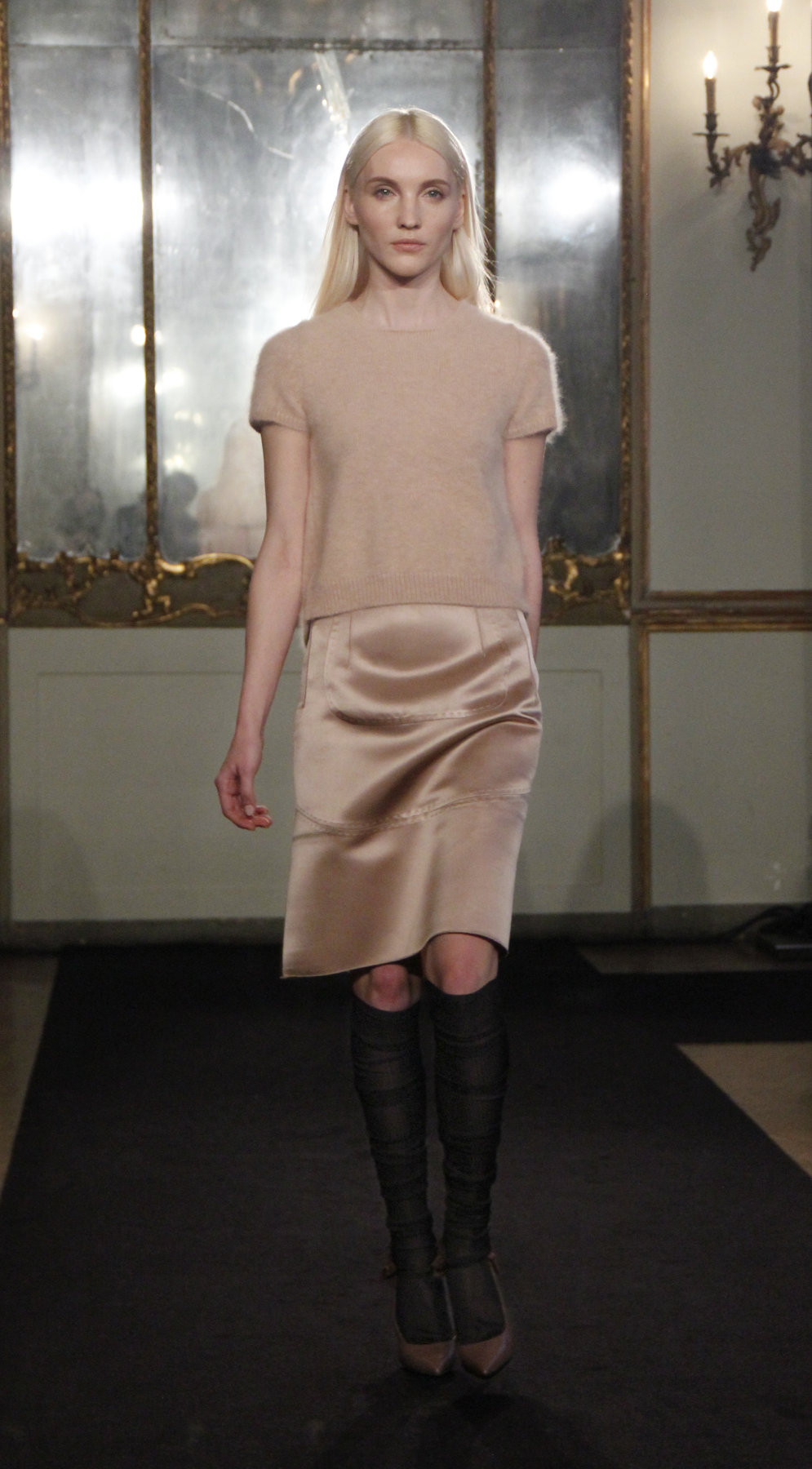 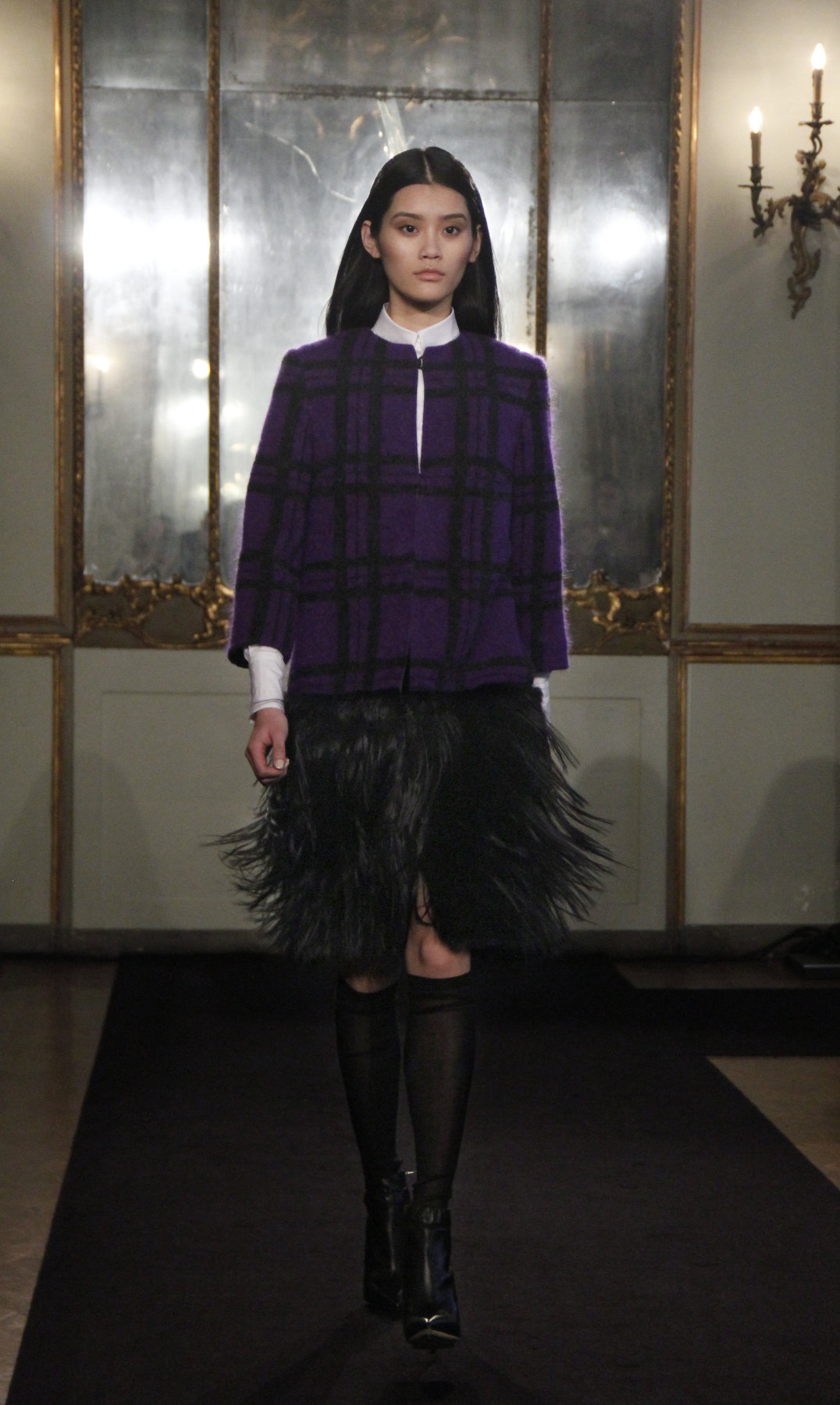 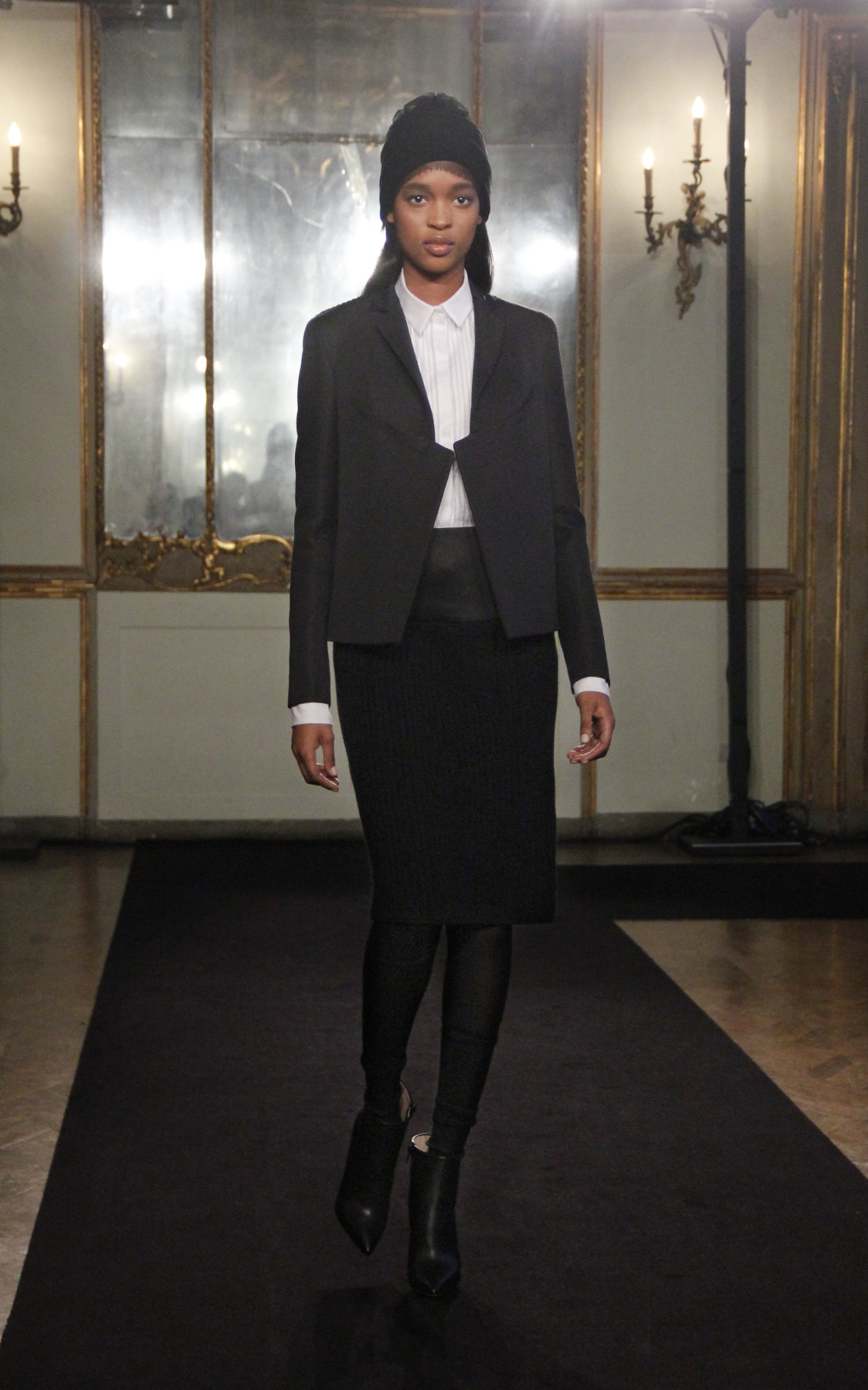