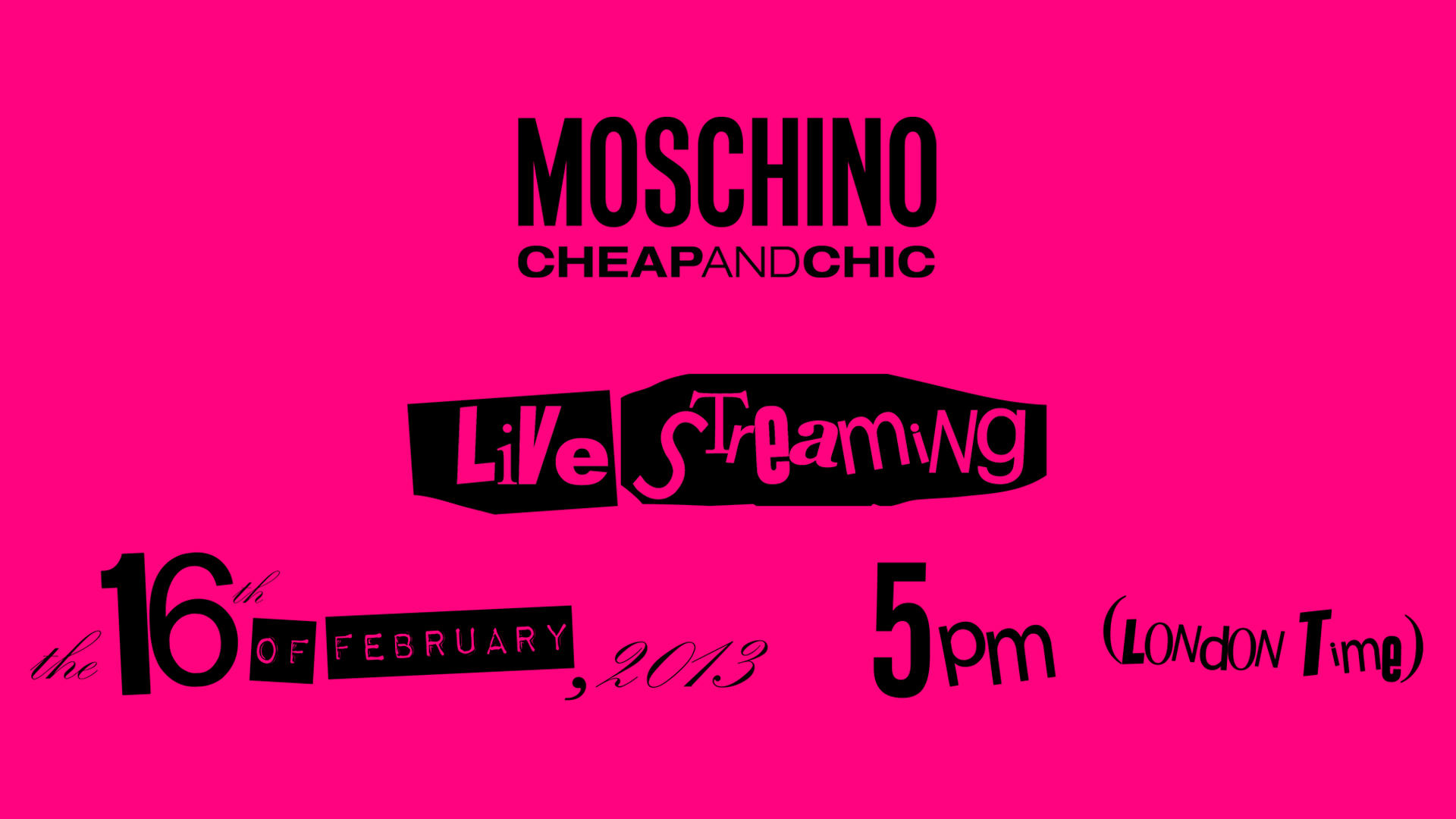 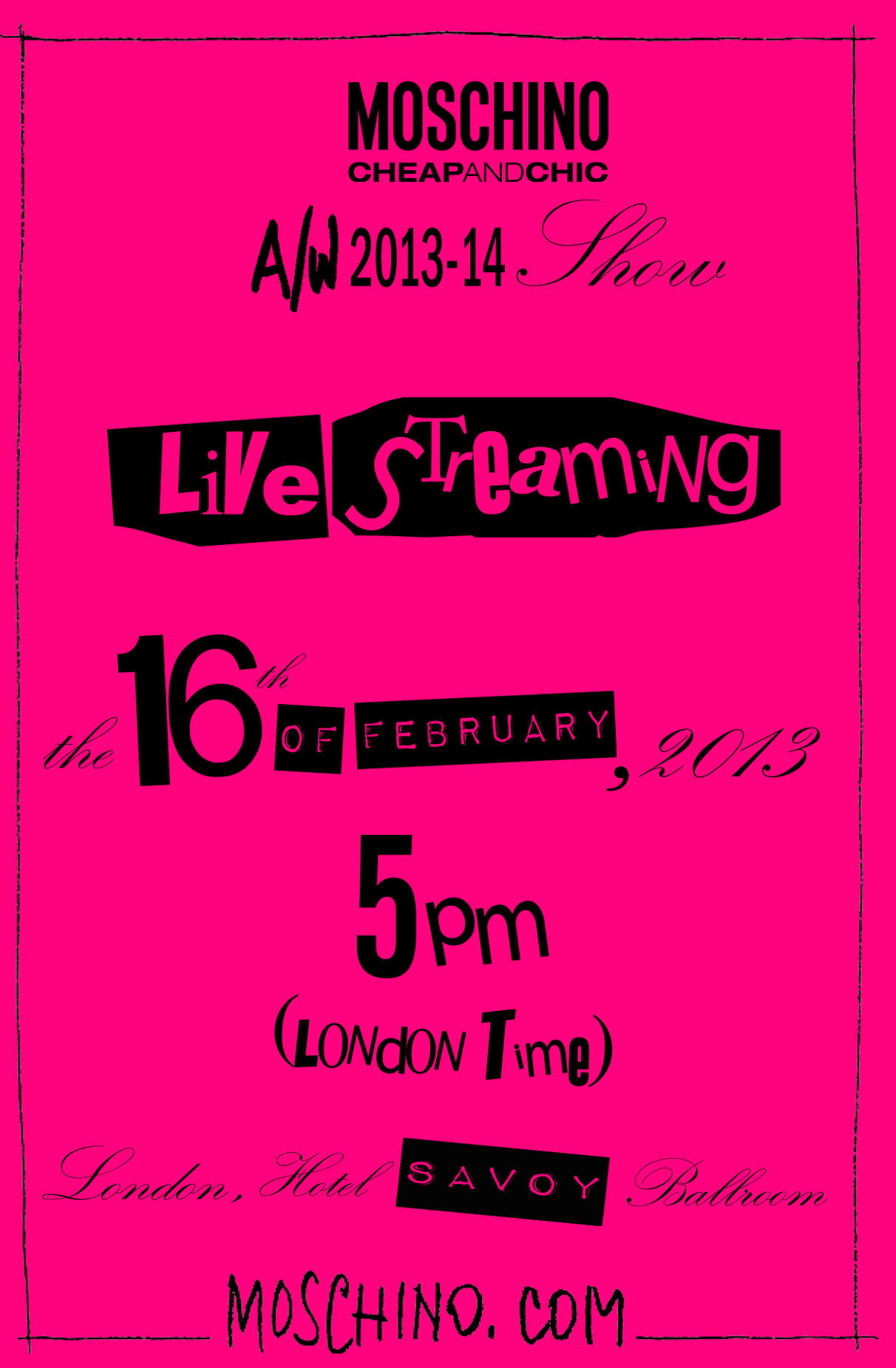 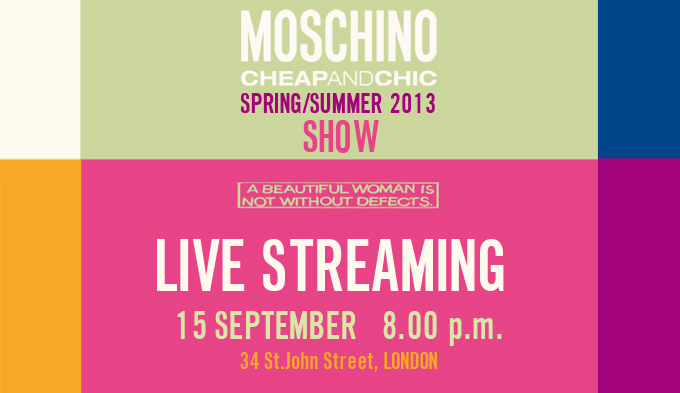 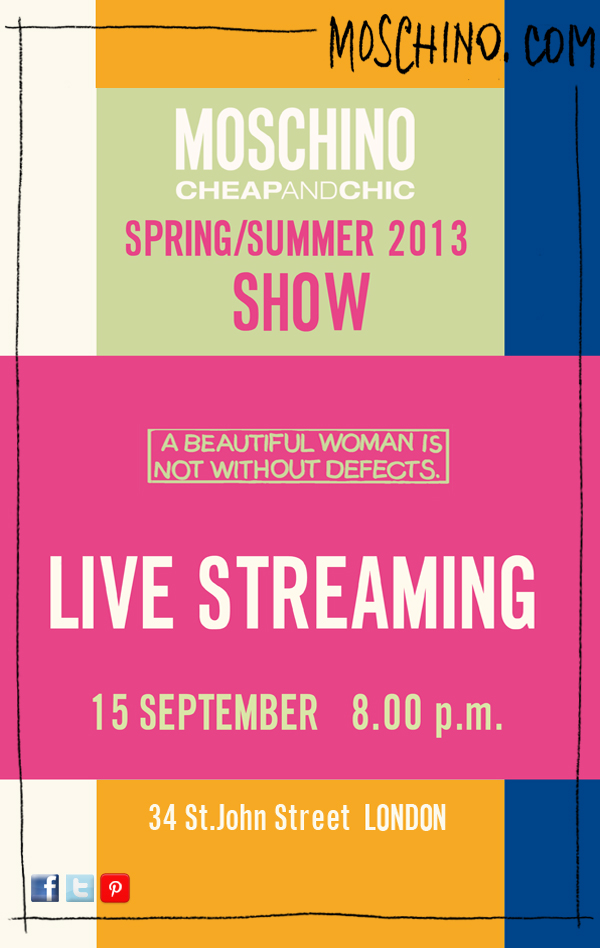 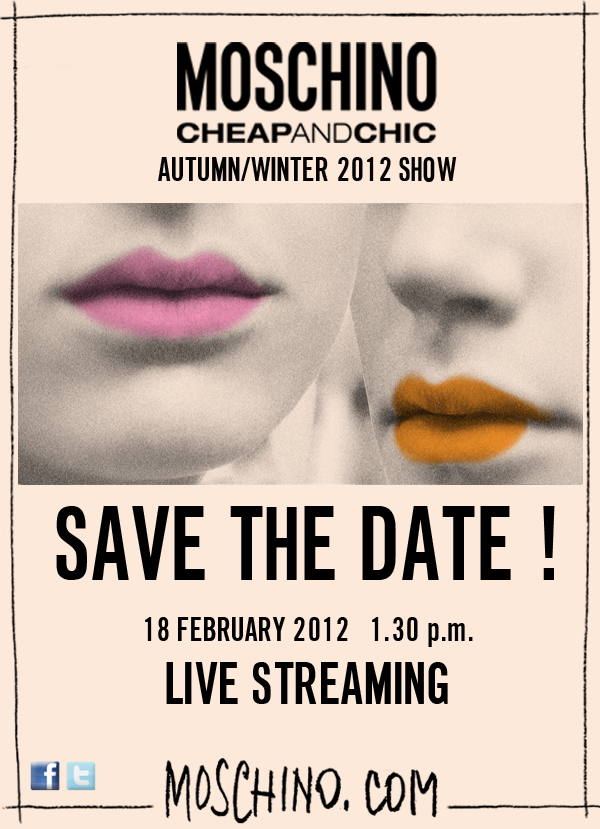 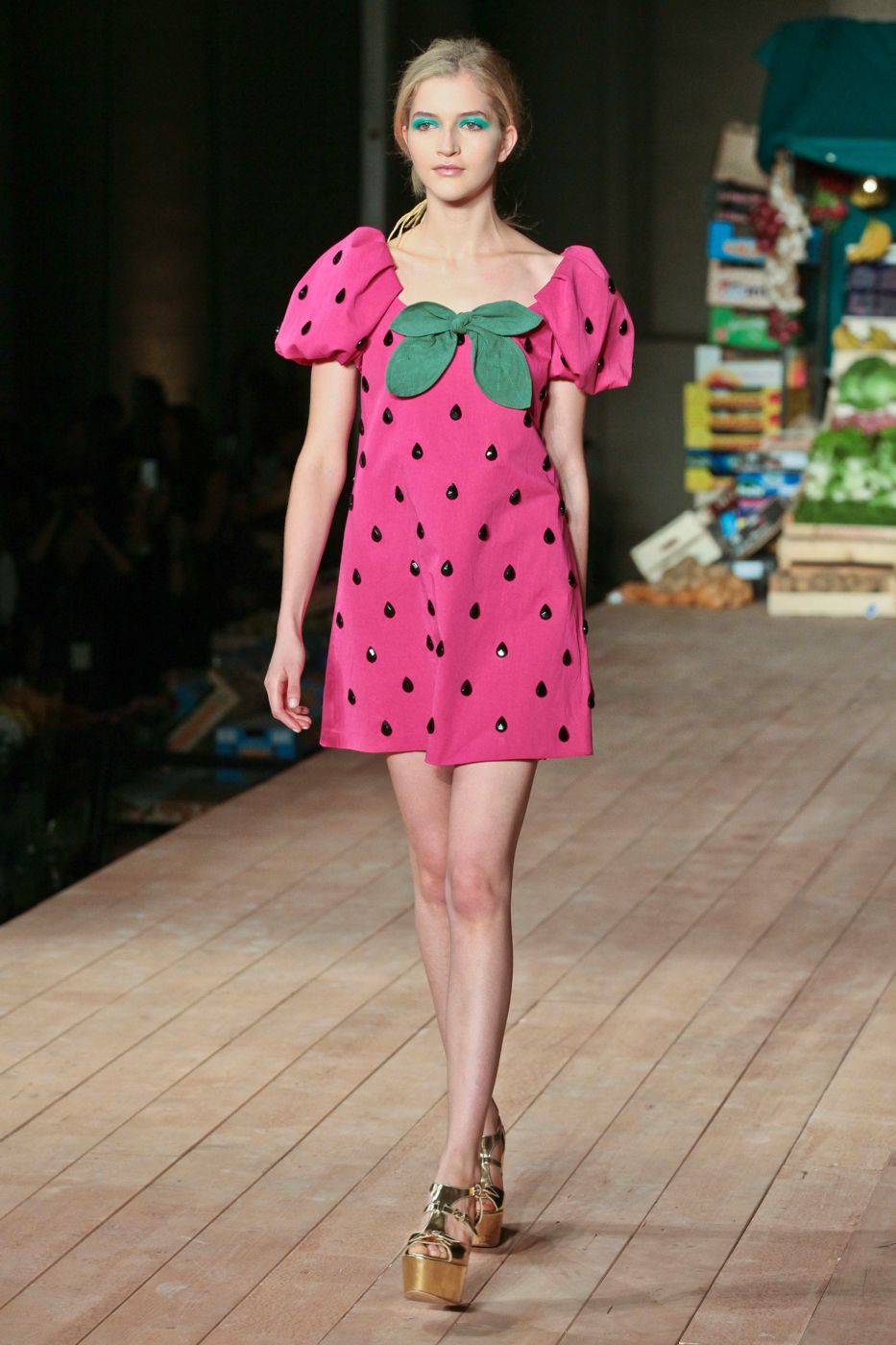 It is said for centuries that if the body is healthy so is the mind. And if, so for the sake of updating the concept, we tried to say “Fashion for a healthy body healthy”? Because, healthy also means beauty.
This is what the Moschino Cheap and Chic collection which, not coincidentally, is set in a market with stalls of fruit and vegetables, reflecting a newfound need for simple beauty of nature.
The protagonists of this mise en scene are the natural Lawn Dress, Sea Dress, Sun Dress, Rainbow Dress (which has two names for Peace) and the Strawberry Dress, characters of a fashion that leads to a new newspaper recovering ancient thought: the natural beauty radiates from the simplicity.
And here are the prints of vegetables on a silk twill dress, the strawberries on a silk chiffon, the ears of corn on a linen-cotton. And peppers and garlic are the buckle that turns into raffia belt, buttons or other vegetables that become decorations for shoes wedge, whose band is a fork.
Even the accessories, a variant on the theme that nature is even more fun: the foot appears naked while trampling the lawn – complete with daisies – that has moved on top of a wedge sandal, but the lawn seems to be also bag closed of enamel from a daisy or a “weather prediction”. And it provides a brilliant sun. 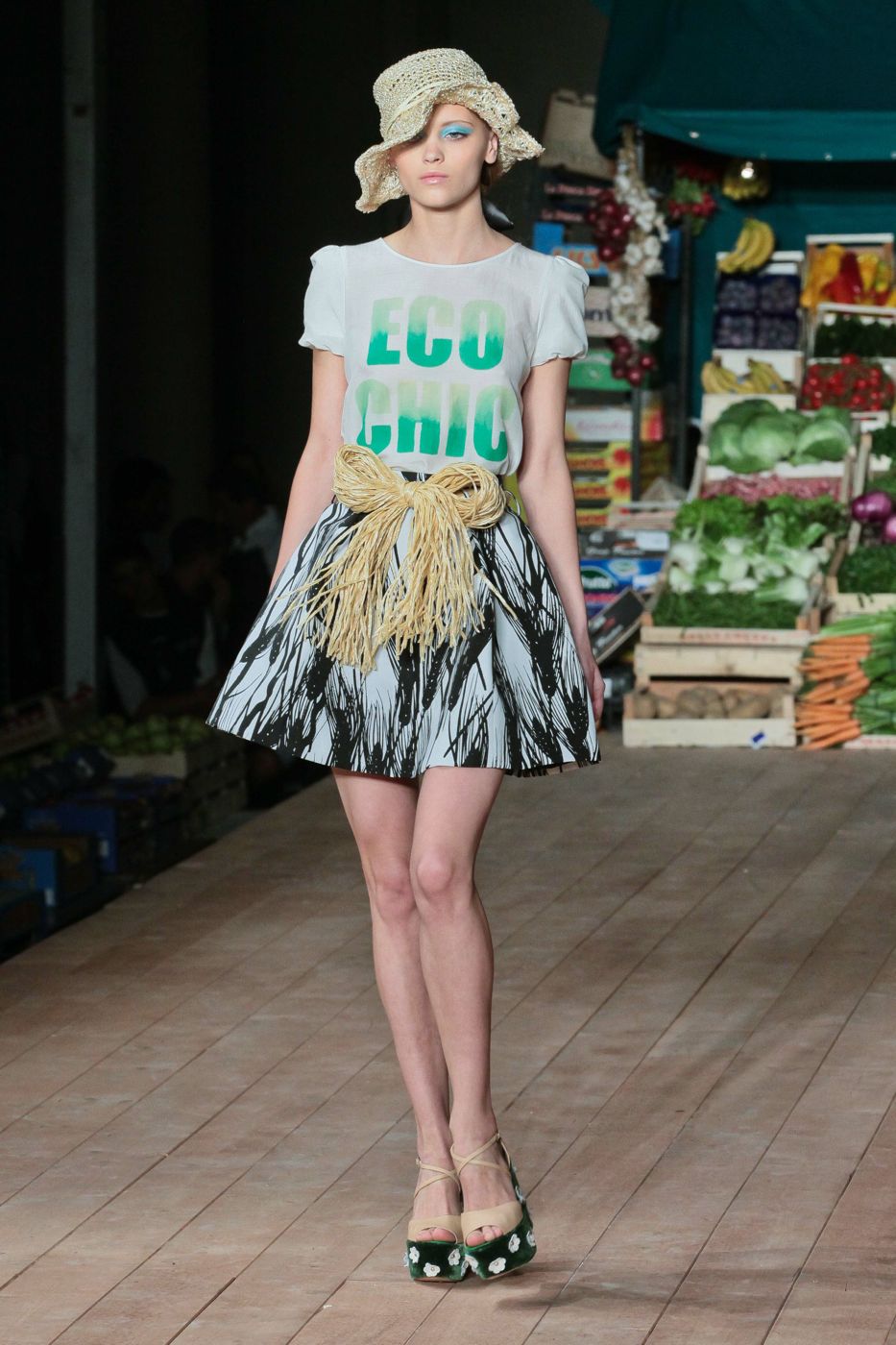 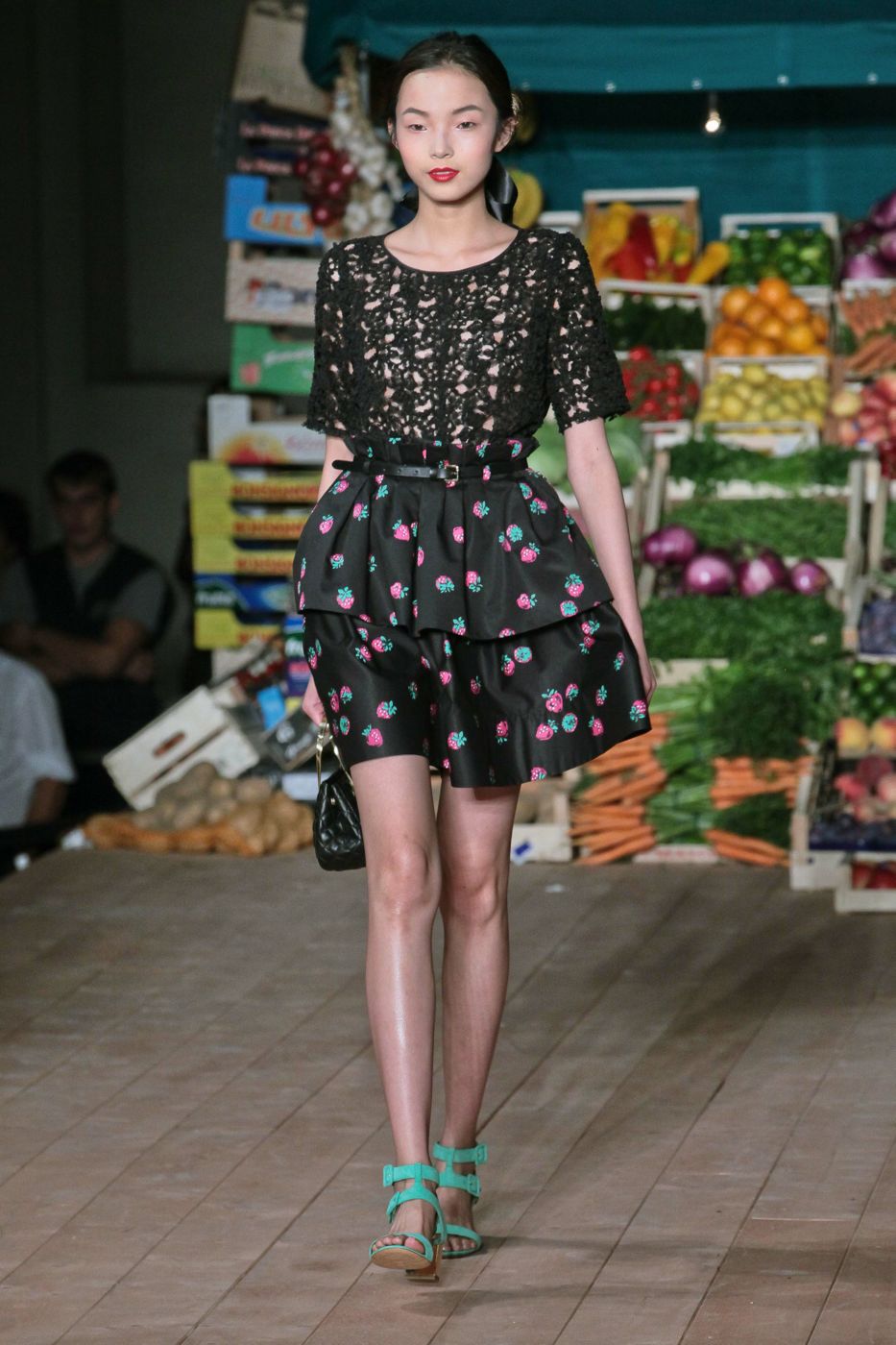 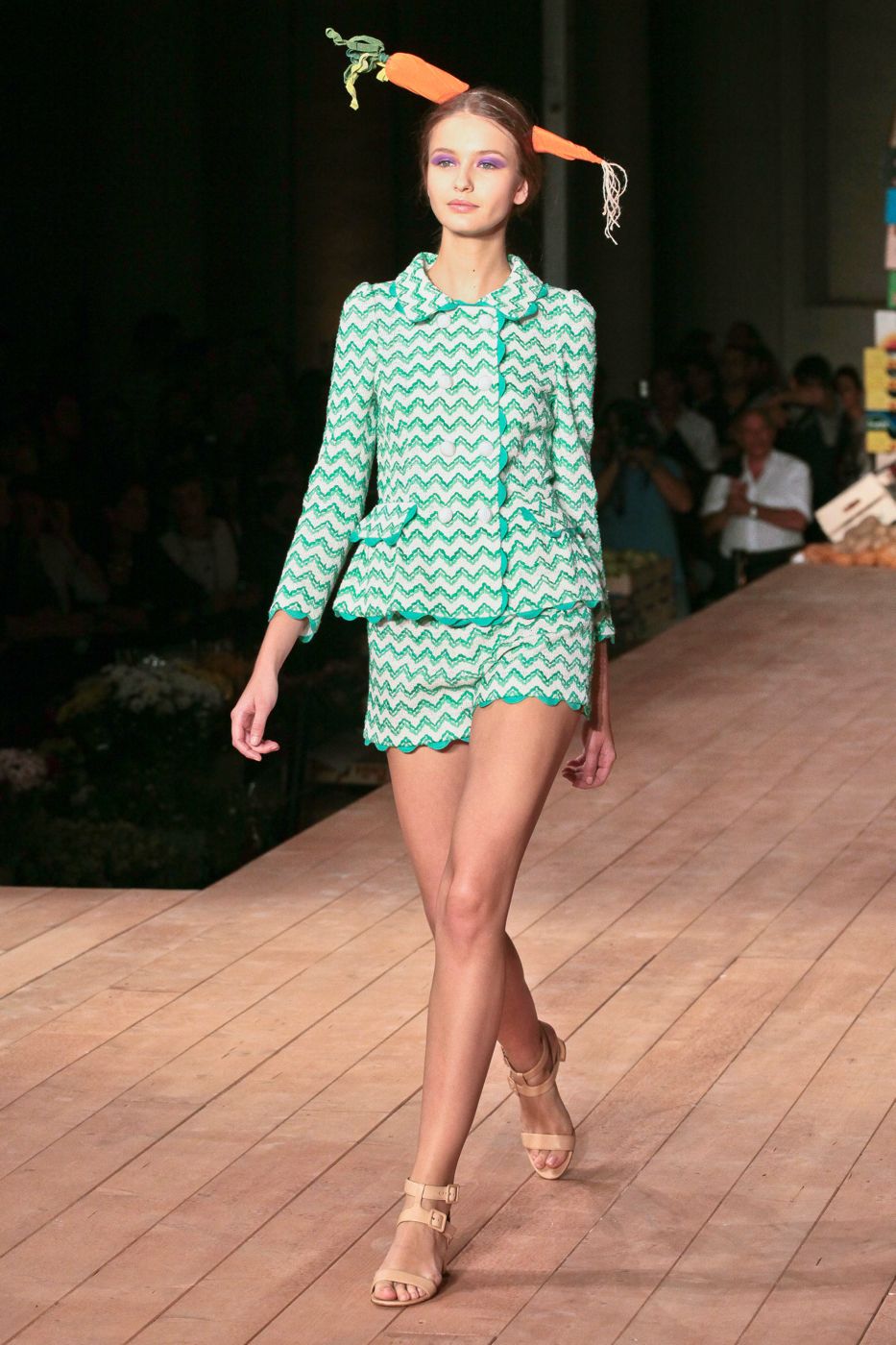