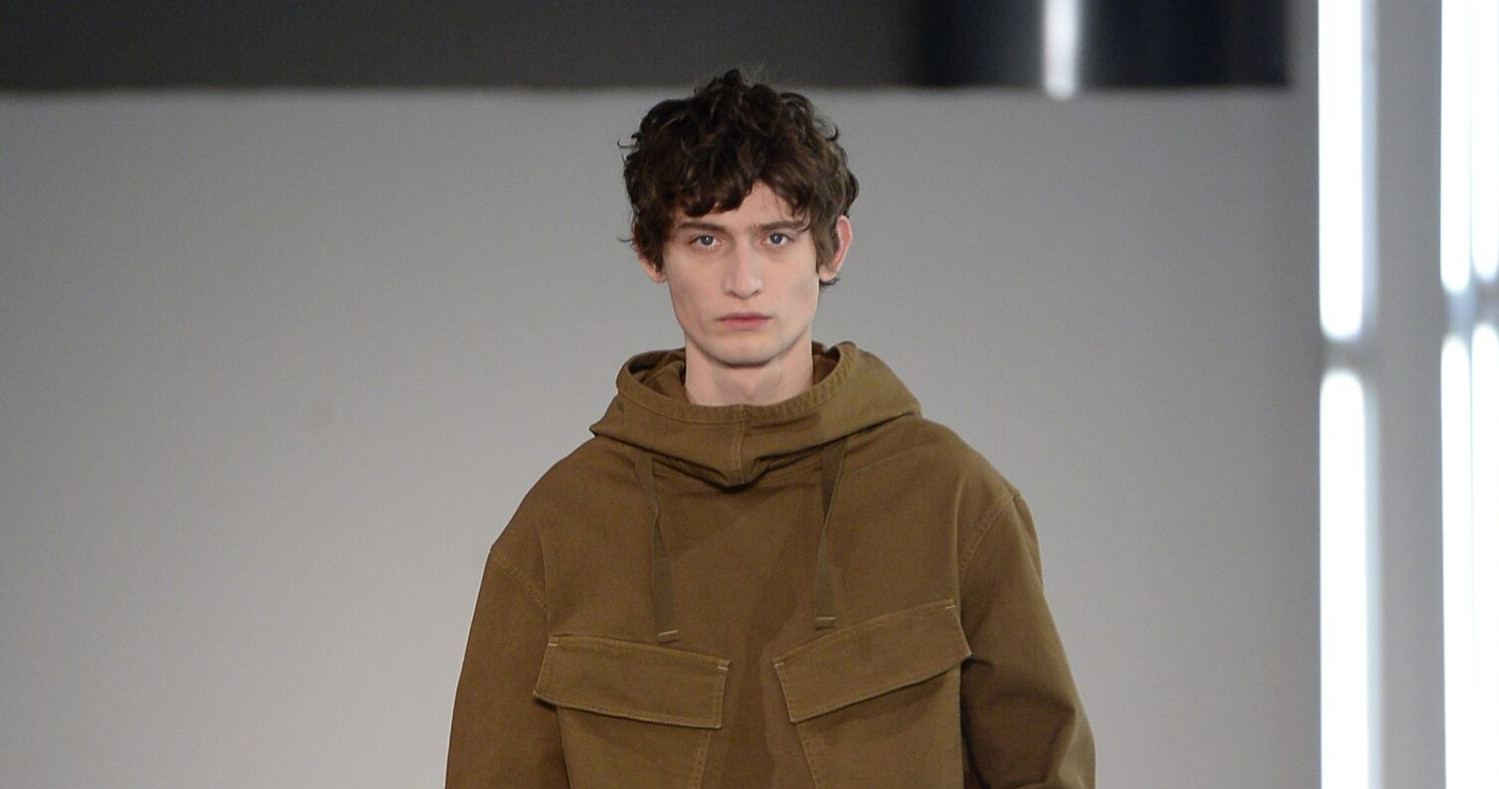 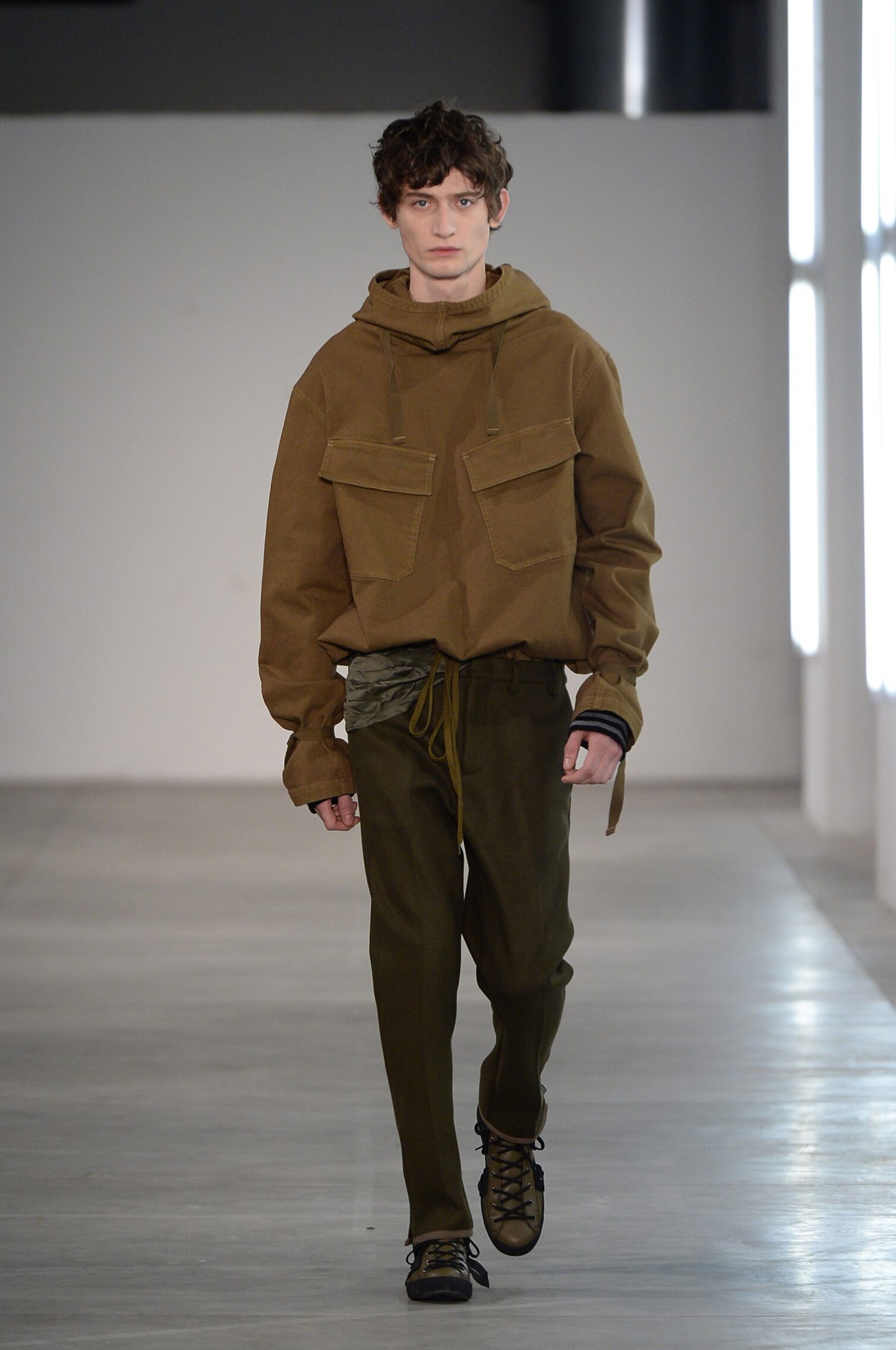 Mod, as in Modernism. Mod as in Modern Jazz, or new swing music giving origin to the term. Mod as in culture of renewal. Mod, as in youth movement refusing life’s usual surrender, not succumbing to the obvious, and by contrast pursuing ever renewable solutions. Mod as in kind and gentle male culture, peace-loving and reflective. Mod as in casual ease, randomness, at once a way of living and style of dress where imperfection and apparent disorder become the means for making a quick yet content-rich personal statement on modernity.

«I wanted a man very masculine of image and attitude, hardly aggressive, comfortable with his own culture; a man who deals with reality minus the conflictuality of the times and who, without any sense of gender conflict, mixes masculine and feminine but does not confuse personalities and physical appearances», Alessandro Dell’Acqua says about his No. 21 fall/winter 2016 collection.

From here came a collection that’s an invitation to express kindness and courtesy: very mannish clothes in combo with others having typically feminine references, meanwhile drawing freshly from the Mod aesthetic: that pursuit of refinement which remains the last elaboration of a non-conventional male elegance. Applications of gros grain, velvet and crepe de chine passementerie make for precious yet poorish-looking embroidery trim on anoraks, parkas, melton coats, combat-pants pockets.

The crumpled twill of long lingerie style tanks and of classic or bomber-cut shirts offers a fine hint of disheveledness under the striped or speckled mohair sweaters. Shearlings cover crumpled wool shirts, melton or crumpled wool pants with a bicolor flair at the waist. There are also animal print parkas, anoraks, bouclé coats with passementerie trim, leather jackets.

All items come in a palette of hues sweeping from khaki to powder pink, from black-green to cinnamon, all the way to bold black for the classic coats, for sweats and shirts complete with tone-on-tone embroidery. This is a man who dares mixing masculine and feminine references to construct a look bordering on the offhand – which may seem less than perfect at first glance but which results in a coherence between his feelings and the image of himself he wants to convey to others.

He is a man who sports sneakers in a fabric matching his clothes and with the same type of passementerie trim as on his parkas and anoraks, likewise for the leather sneaks. And on his shoulders he carries an oversize canvas or leather rucksack to hold his everyday needs, whether for a week or just a day. Always thinking about that only apparent randomness which entails coherent projects and plans. 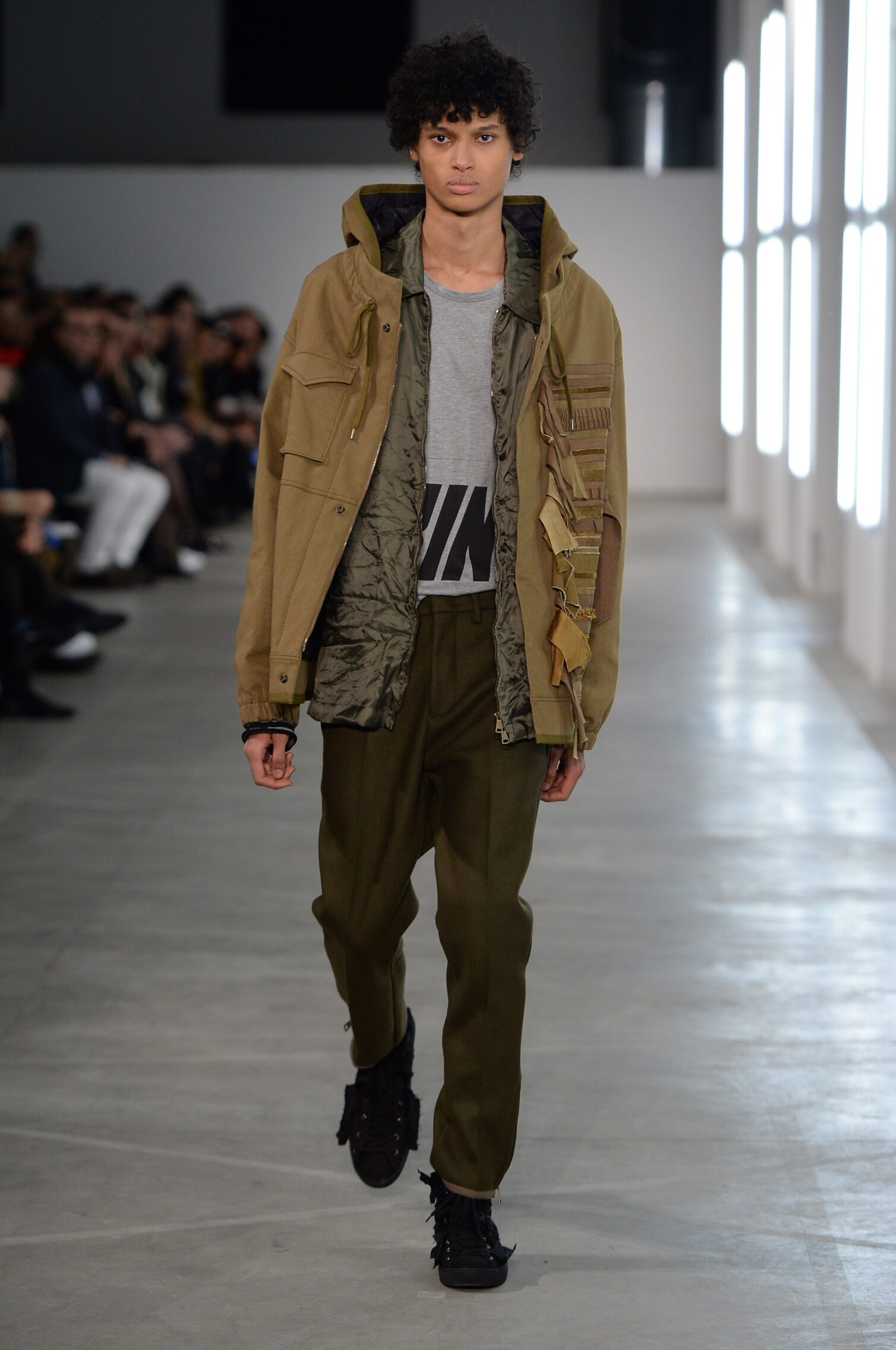 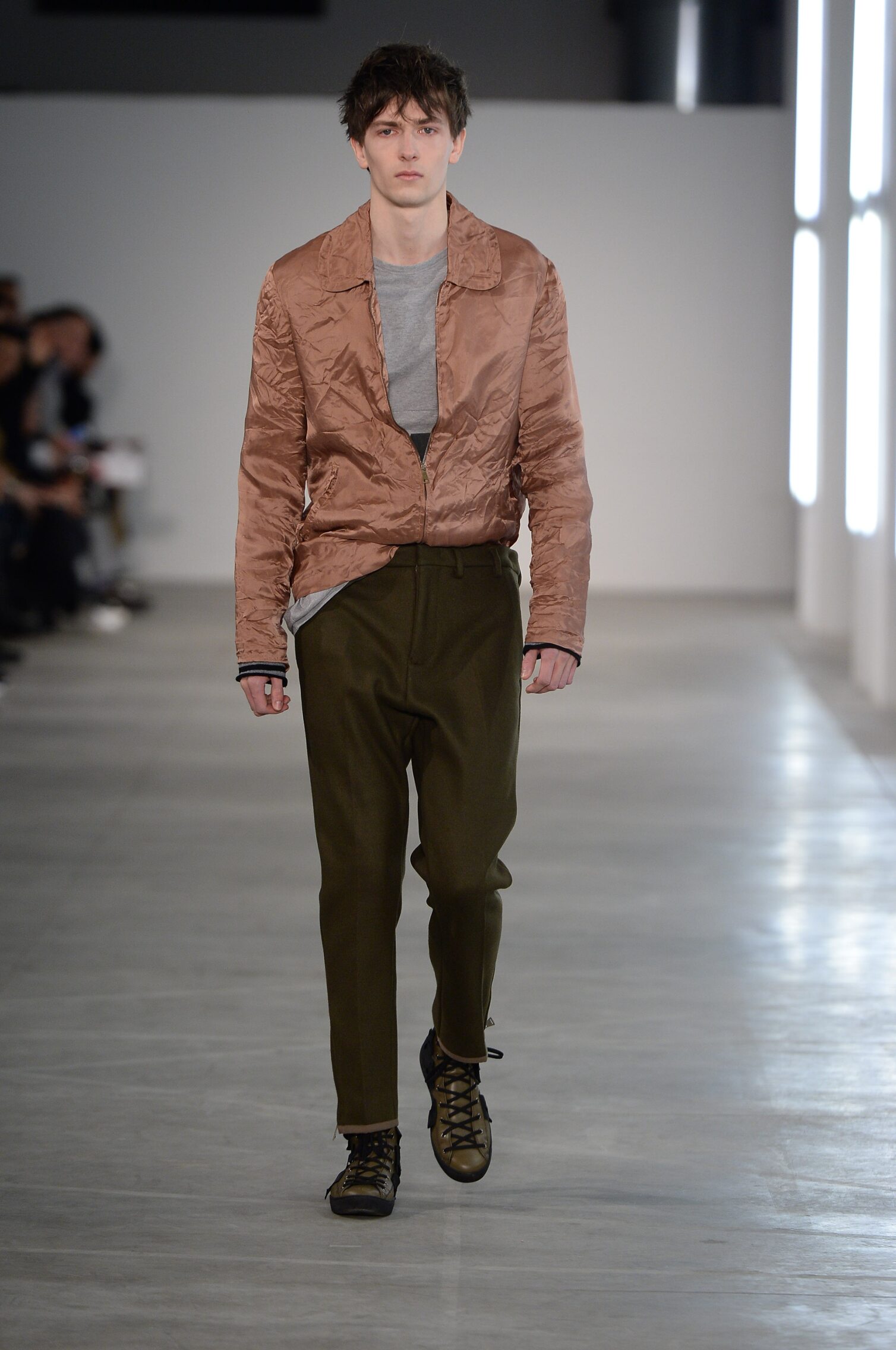 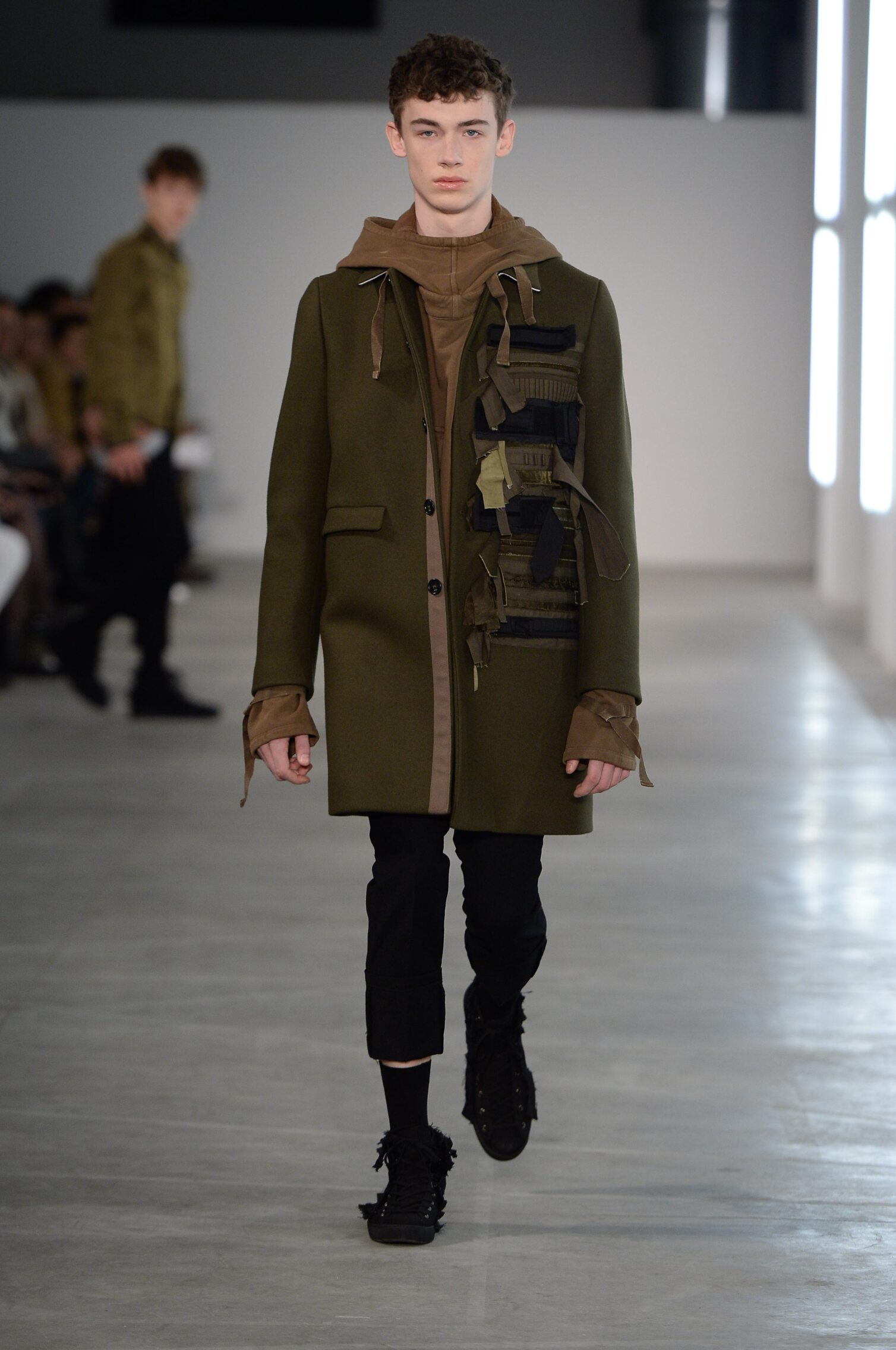 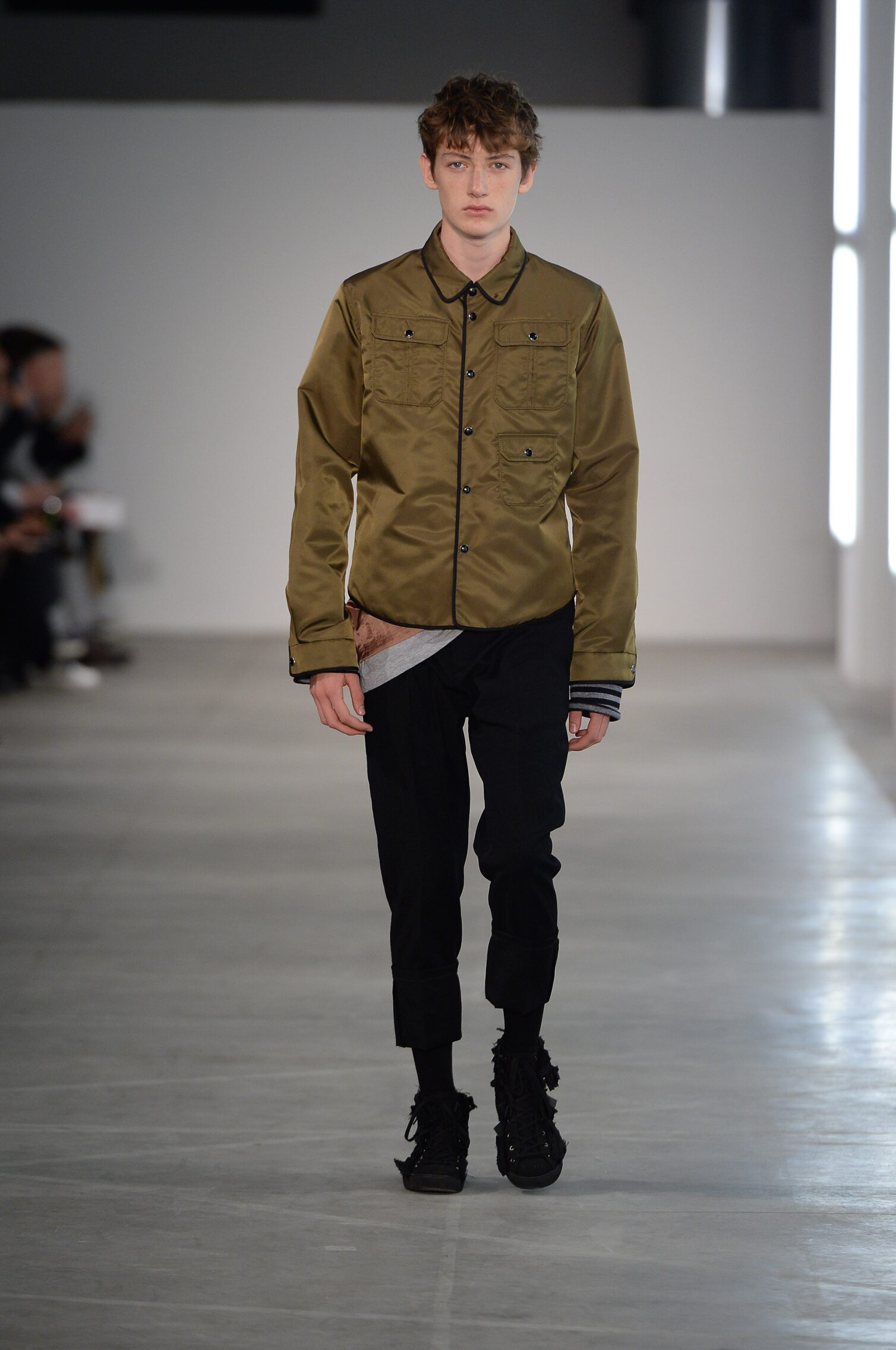 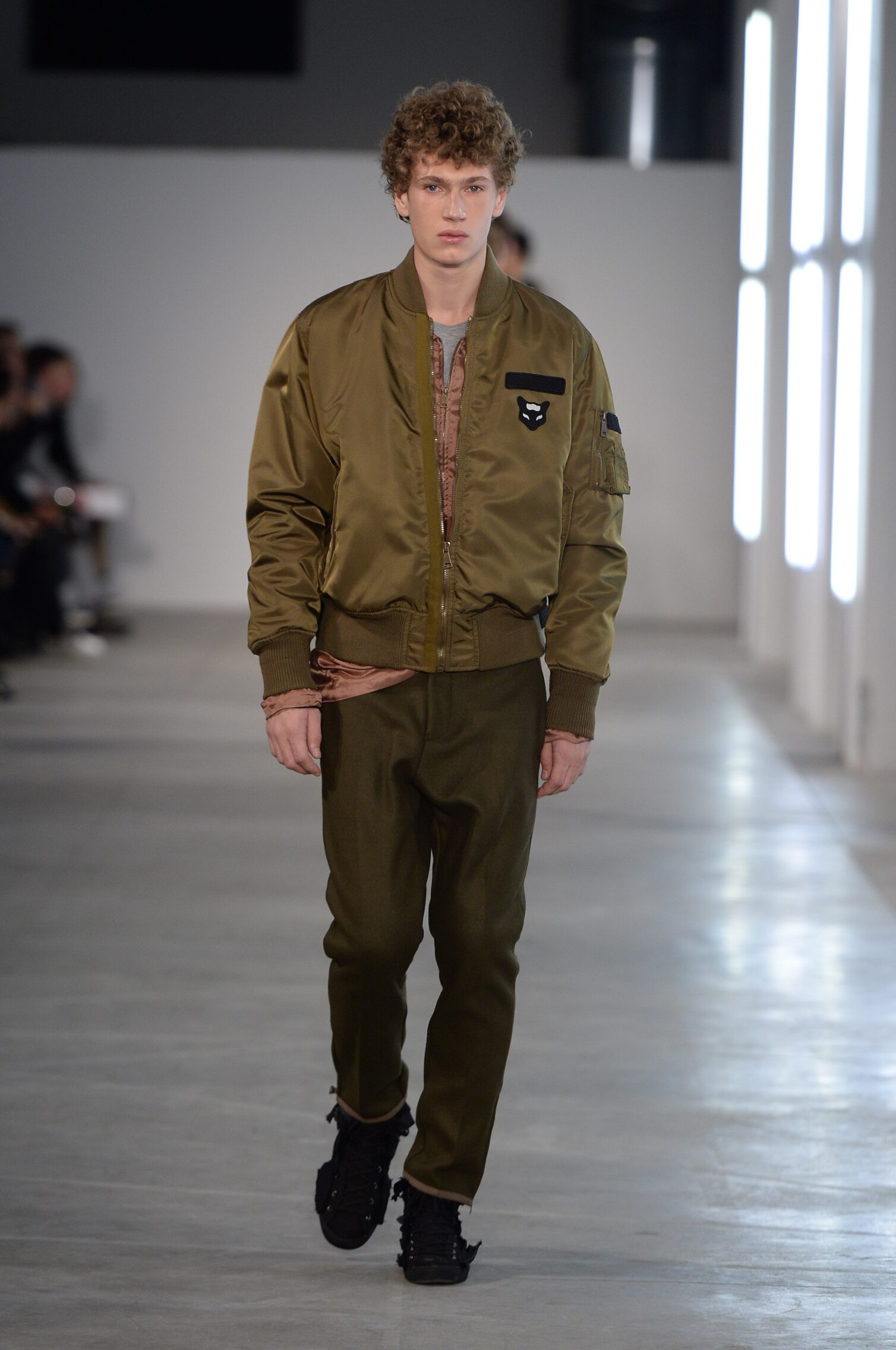