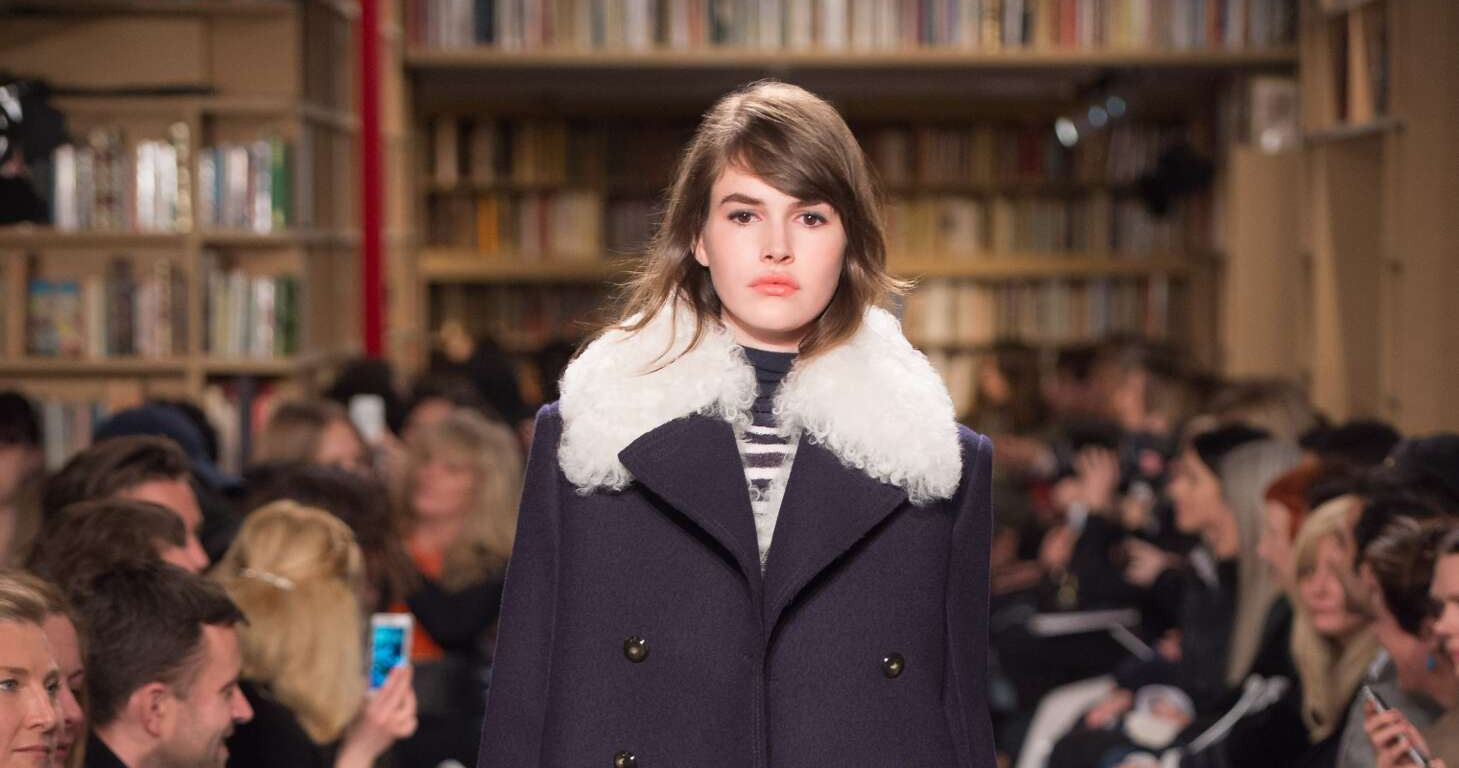 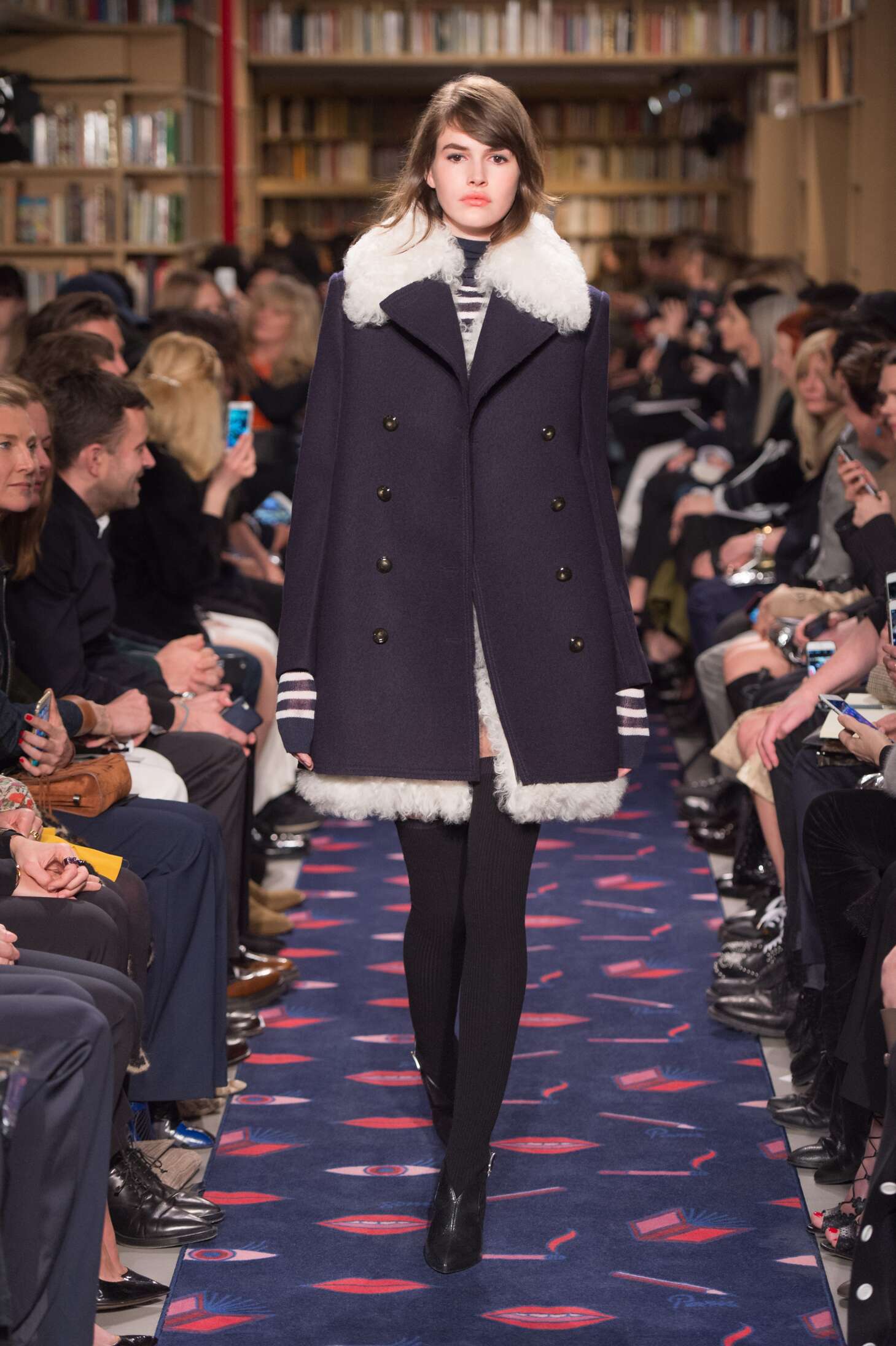 The mirror is materialised in this collection in the form of reflective materials – shiny embellishments, silver leathers – and haunts the sumptuous, shadowy velvets that represent its obverse.

The polarity between the mirror and velvet, and the interplay of light between the two, creates a charge that runs throughout the collection: between the cold, hard, shiny surfaces that reflect light, and the warm, soft, dark depths that absorb it.

Sonia Rykiel’s love of sensuality and comfort made velvet a signature of the house from day one, and it is presented this season in a series of faux noirs.

Just as the night sky is never truly black, so these velvets are in fact dark browns, blues and greens, only revealing their true colours momentarily when the light hits them at the right angle.

There are patches throughout, even on the furs. The pencil silhouette is long and lean, echoing the shape of Sonia Rykiel’s early figure-hugging knits.

The accessories include an oversized coin purse and boots that come complete with soft knitted socks as part of the construction.

The models wearing the collection this evening include four boys: with a few obvious exceptions, clothes generally, and sweaters in particular, don’t have a gender. 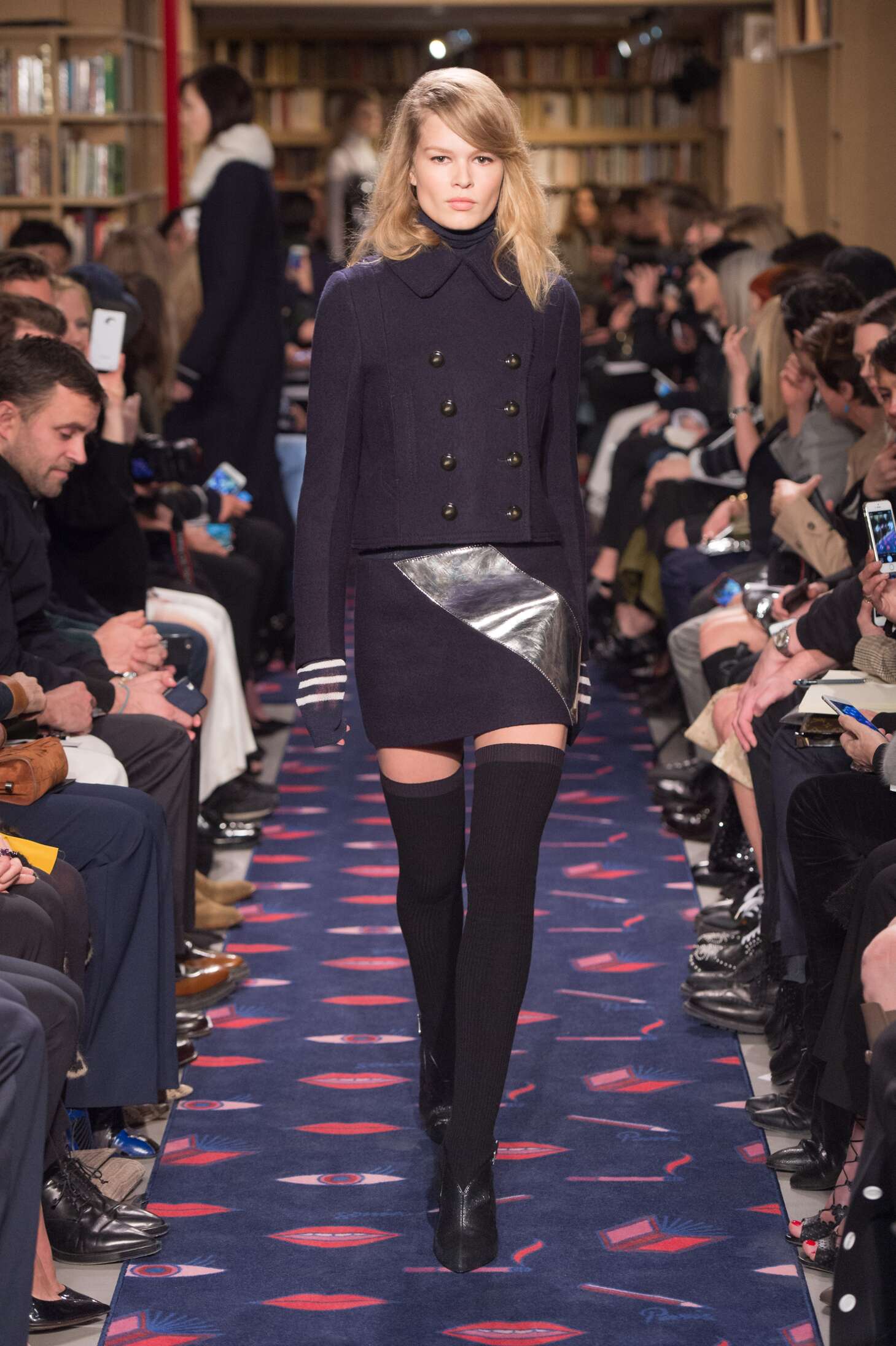 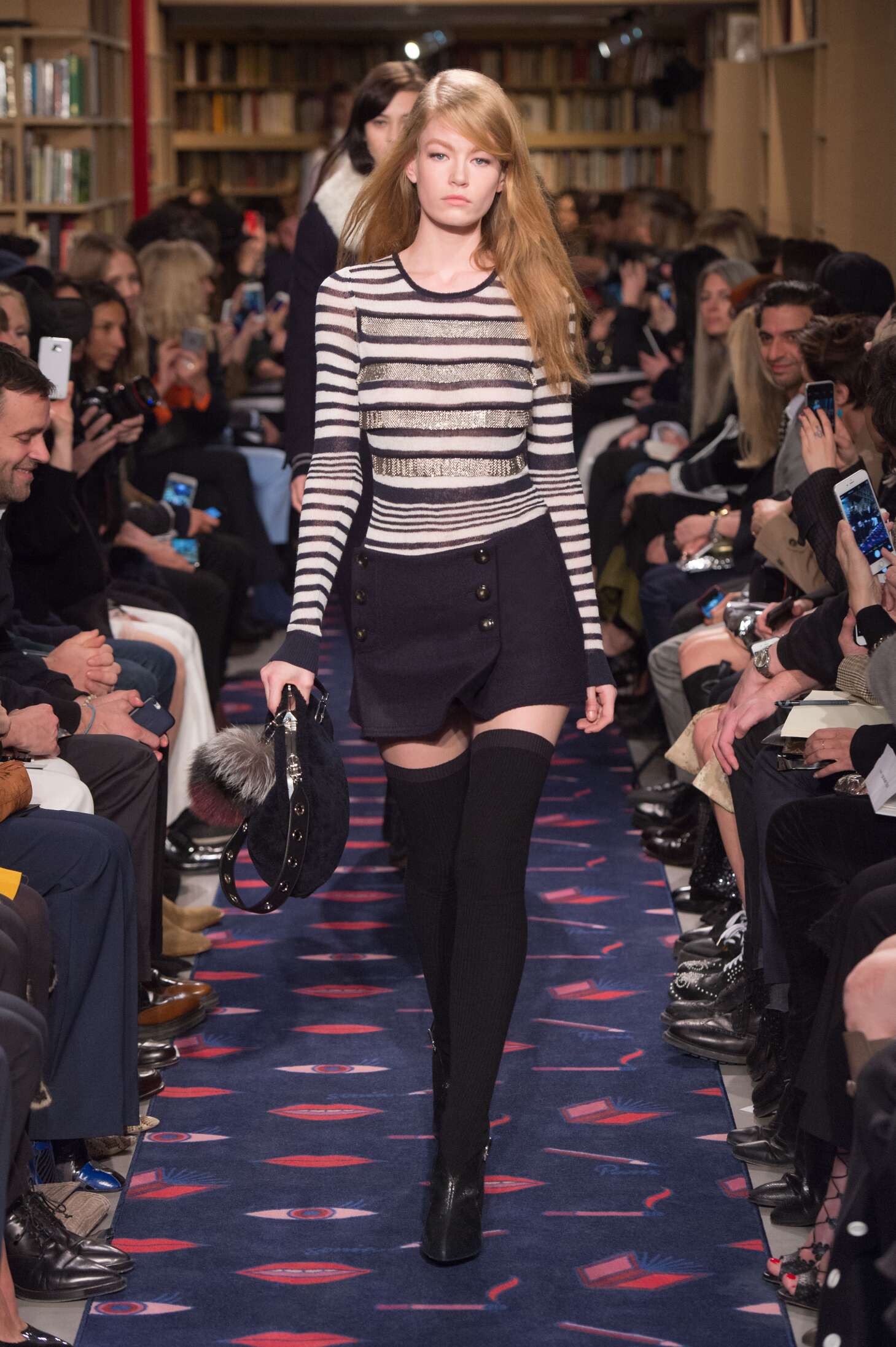 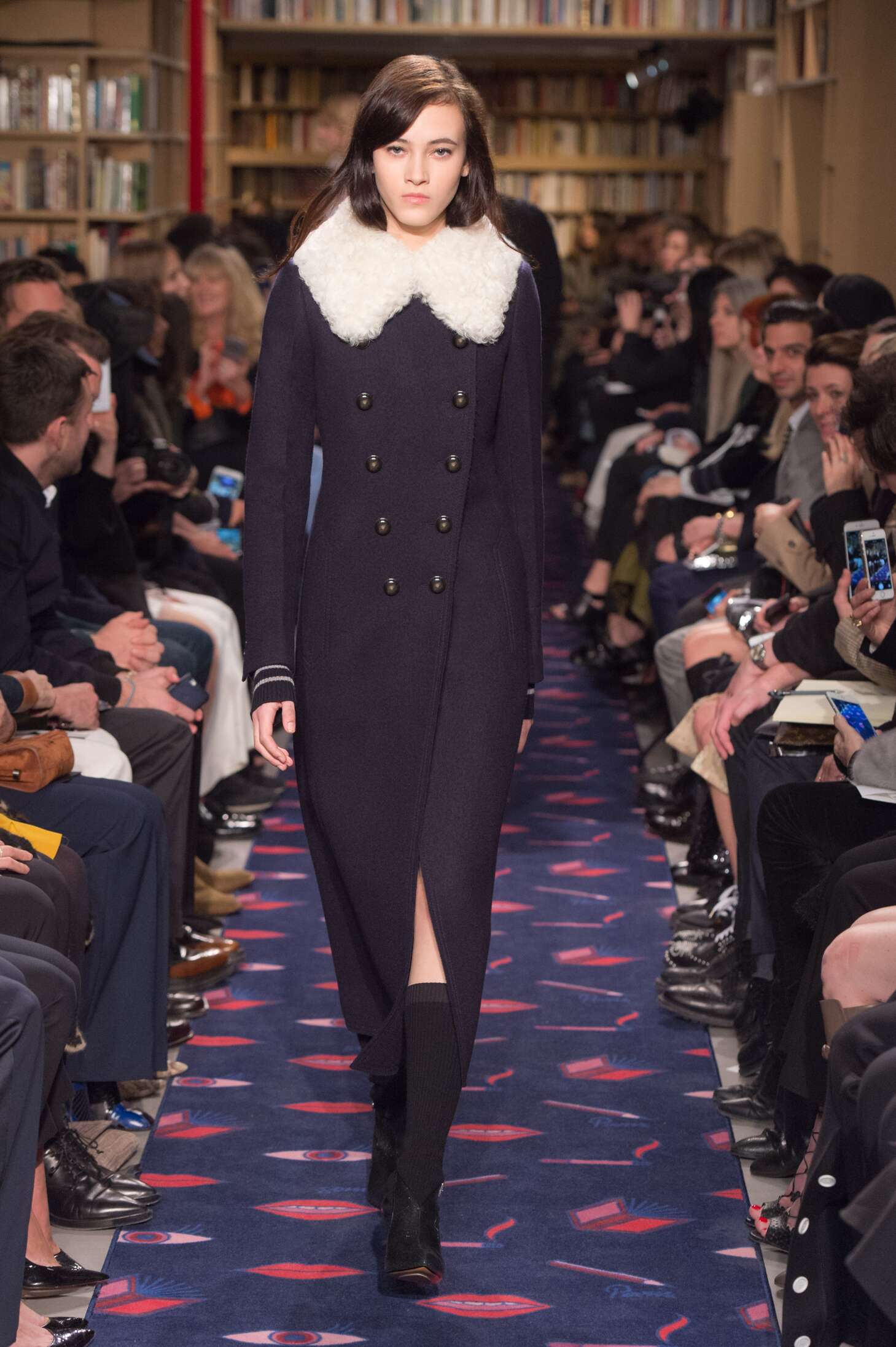 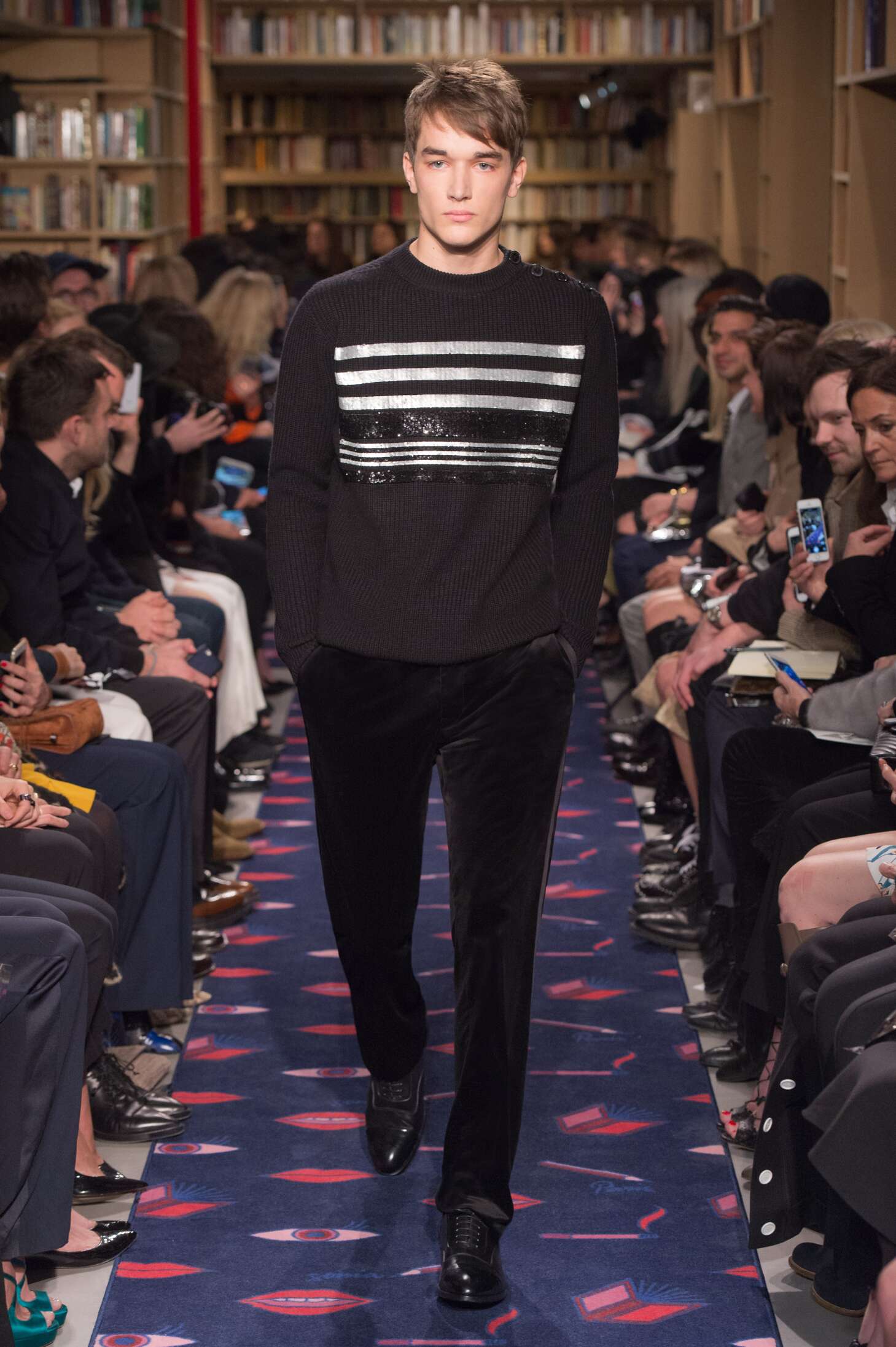