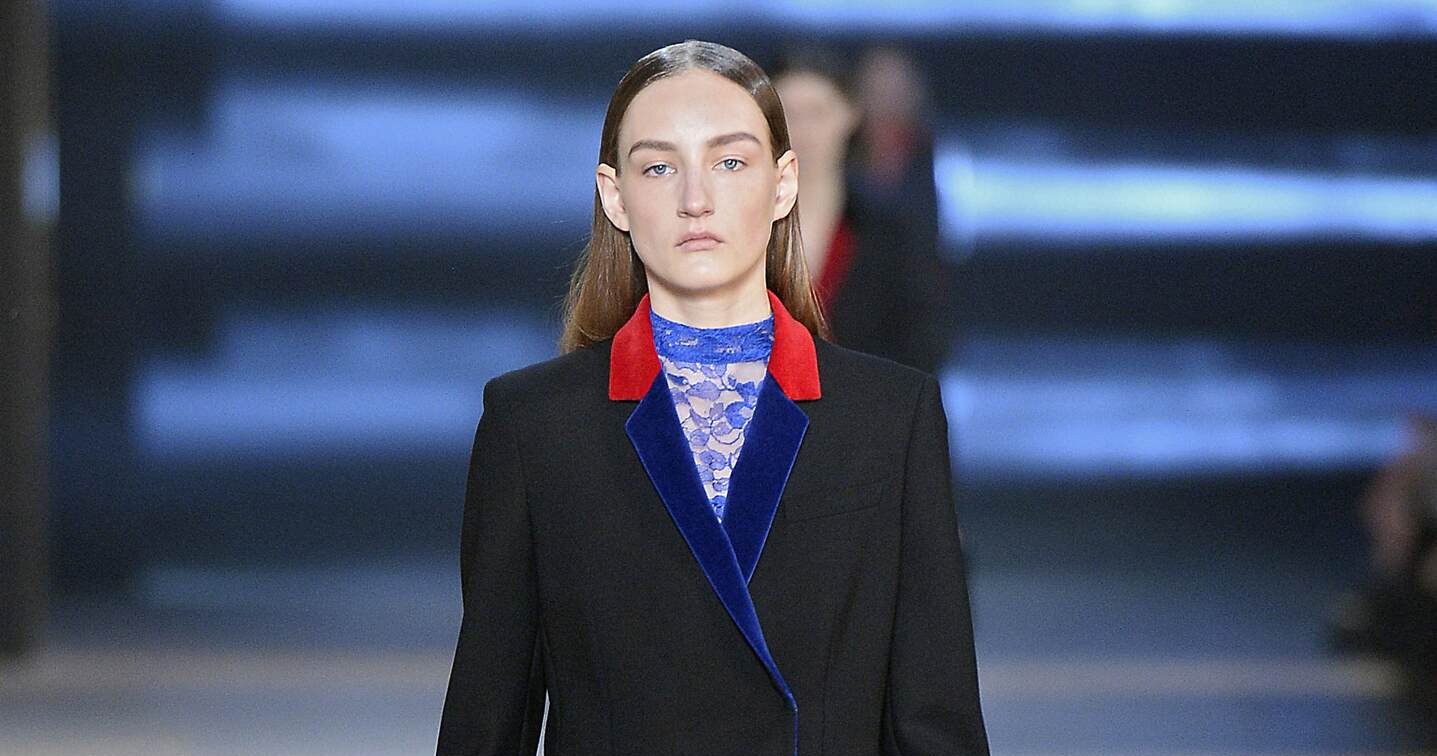 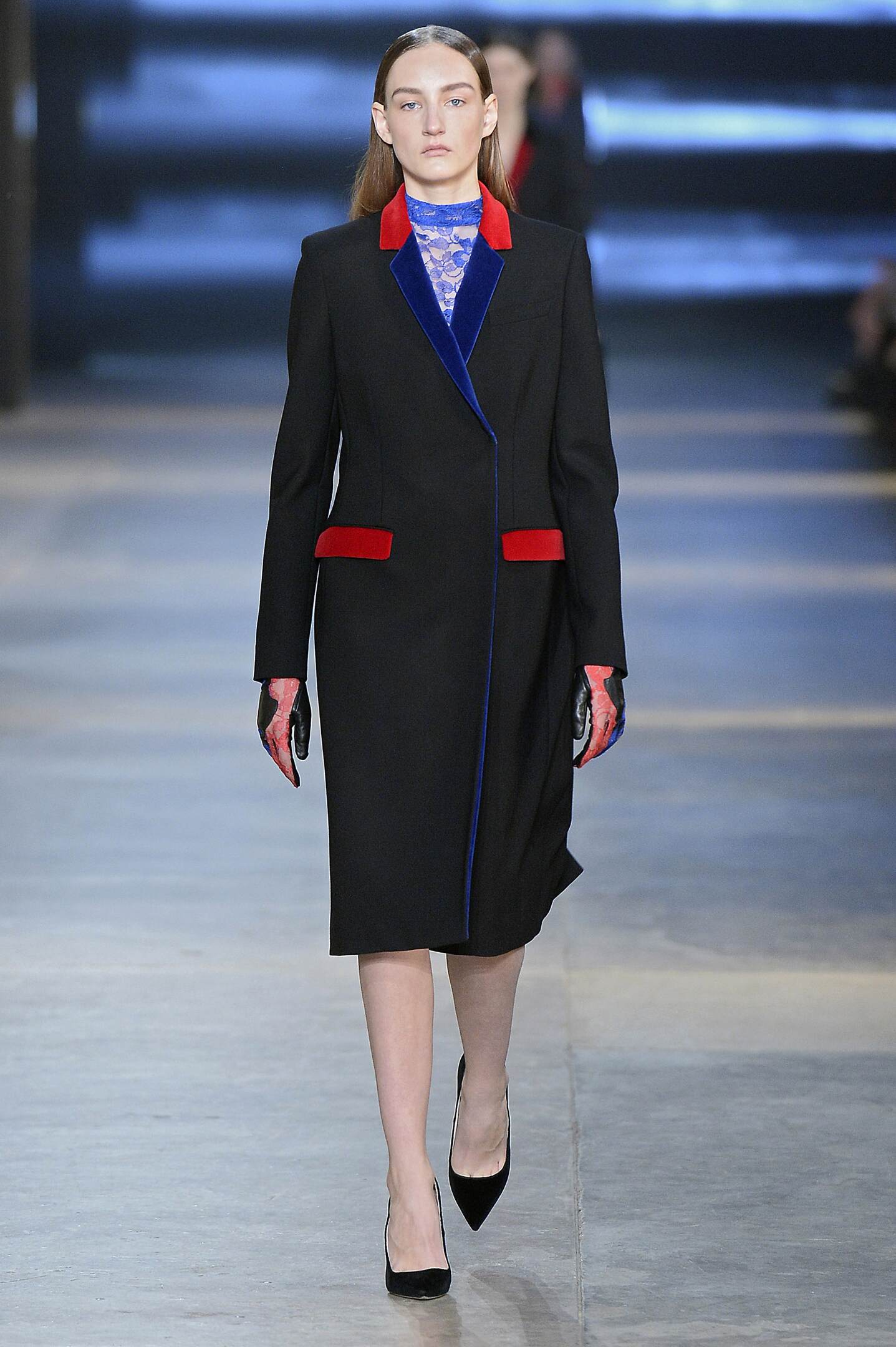 In dedication to our mother, Christine Kane

“Everything I do essentially comes from drawing; it ultimately reflects how I feel,” says Christopher Kane. “I wanted a feeling of attraction and sensuality in the collection, something sexual but not grotesque – this is about love and art in life as well as fashion. We had a series of life drawing classes in the studio, with everybody in the team involved. It is all of our sketches combined that makes the ‘lovers lace’. It reflects that sense of togetherness; of male and female in an almost molecular and mechanical attraction, as well as a more classical sensuality –both feelings that I wanted to come across this season.”

The pull of attraction and the power of seduction infuse the current Christopher Kane collection. Opposites attract and sensuality is expressed both literally and metaphorically throughout –a combination of masculine and feminine, hard and soft, romantic and real. Altogether for Autumn-Winter, there is a notion of the desirability of desire.

Here, sumptuous fabrics in a rich ‘night-life’ colour palette form a foundation for experiments in silhouette and decoration, encouraging a notion of touching as well as looking this season. Unlikely combinations abound; high-shine chainmail is inset with stylised floral Swiss lace, tulle is printed with life-drawn figures in glitter, an ‘electric orgasm’ current is reflected in velvet flock while cascading forms elegantly fall apart and reveal flesh in a two tone ‘tonic velvet’. These experiments reach a form of consummation in the life-drawn ‘lovers lace’; figural drawings silhouetted in Swiss lace, entwine, build and in turn form themselves into new silhouettes, this time of clothing.

An element of the sensual is frequently played out against the scientific this season in a notion of molecular attraction. Accessories and fastenings are frequently ‘chromed’ and act as rounded protection on box calf bags and shoes as well as desirable decoration. Some are sexually slotted into place –like the signature safety buckle, that is a leitmotif throughout the collection and extends itself from fastenings to jewellery this season. While others simply feature as a reflecting, mirrored surface, seen in many of the leather treatments that abound for bags and shoes.

On February 20th 2015, Christopher and Tammy Kane’s beloved mother, Christine Kane, passed away after a sudden illness. In the light of such overwhelming and upsetting news, there will not be any access backstage today for greetings and interviews with Christopher Kane. The designer thanks everyone for their kindness, support and patience at this time. Thank you. 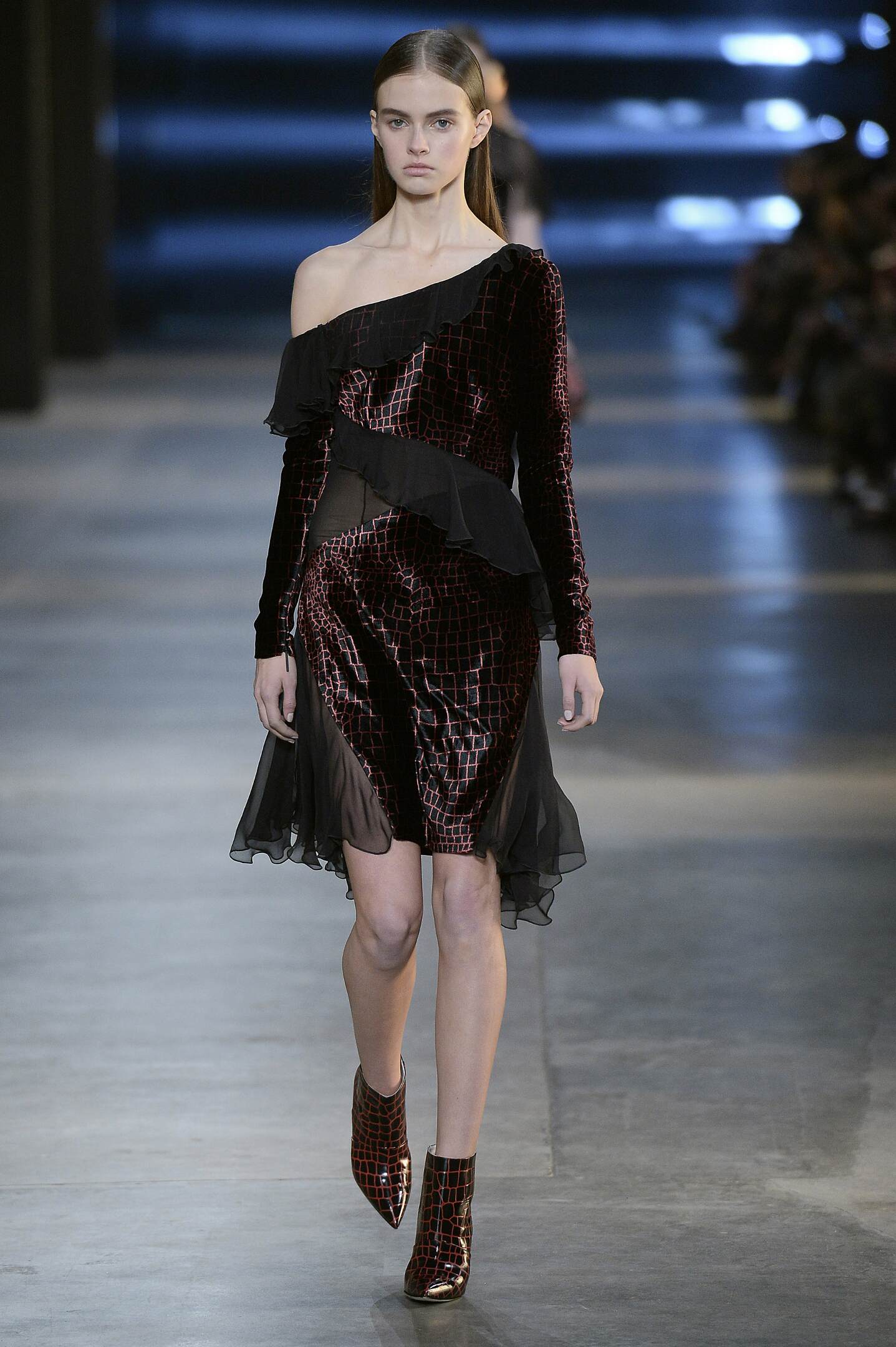 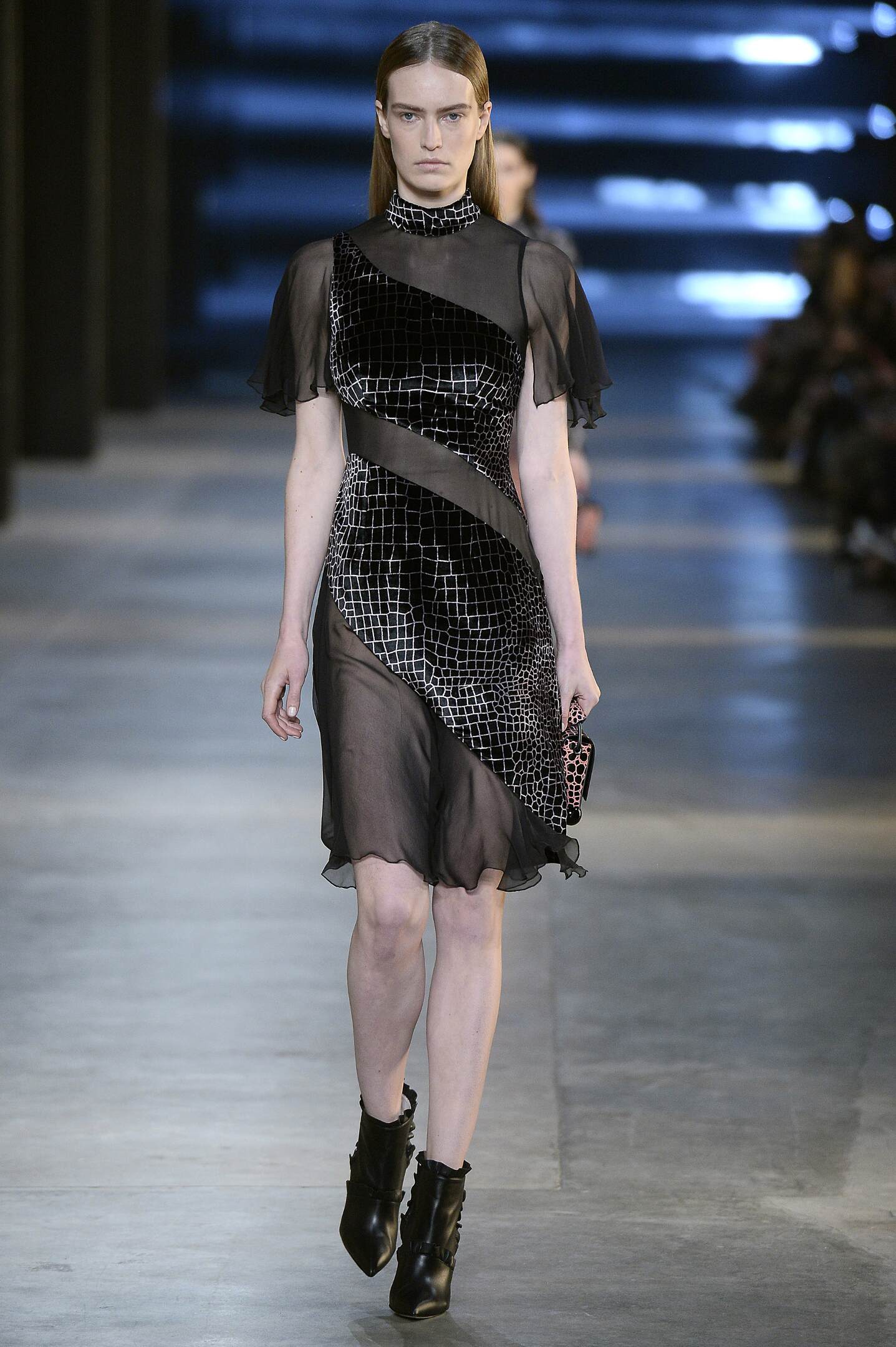 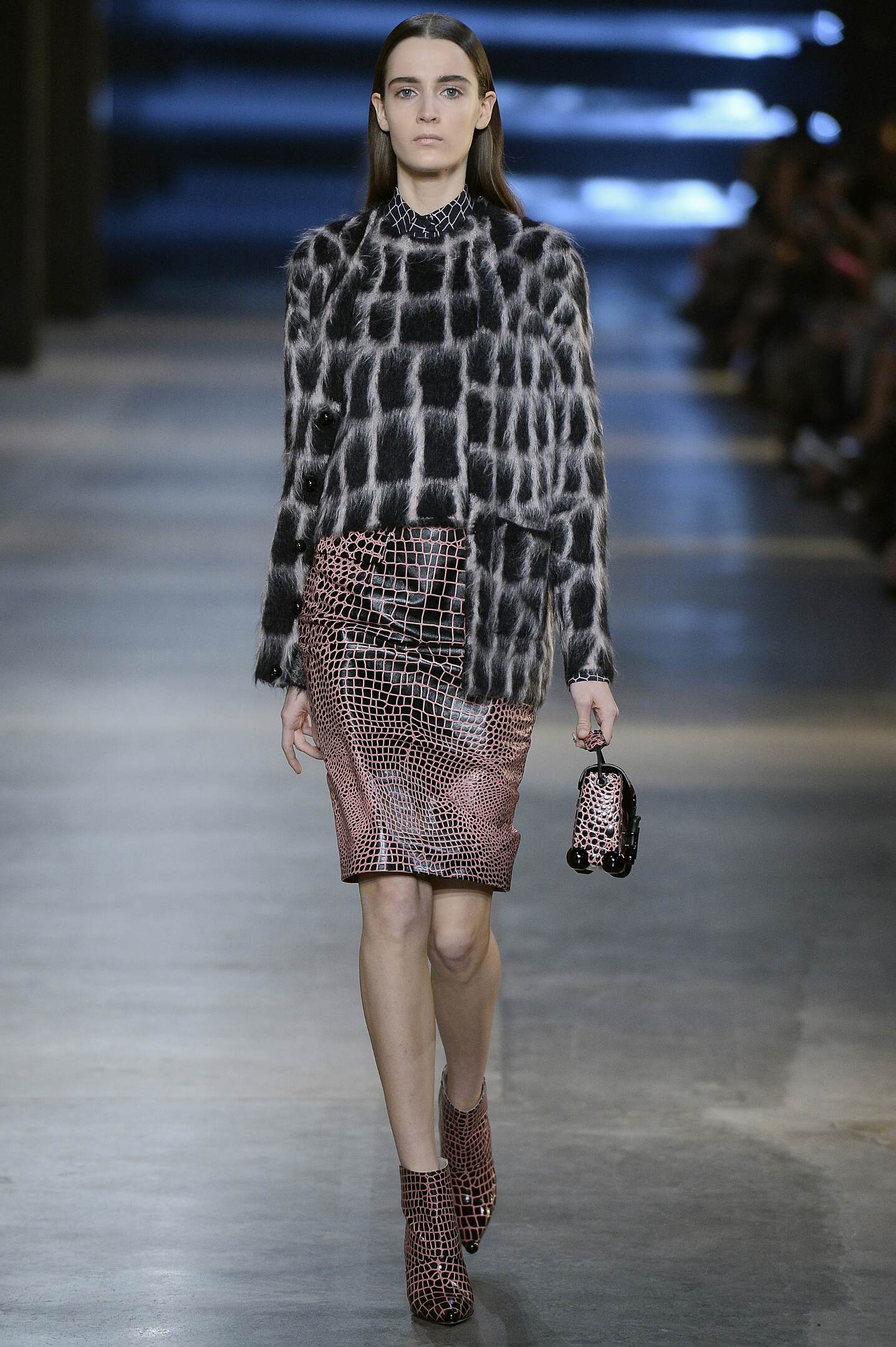 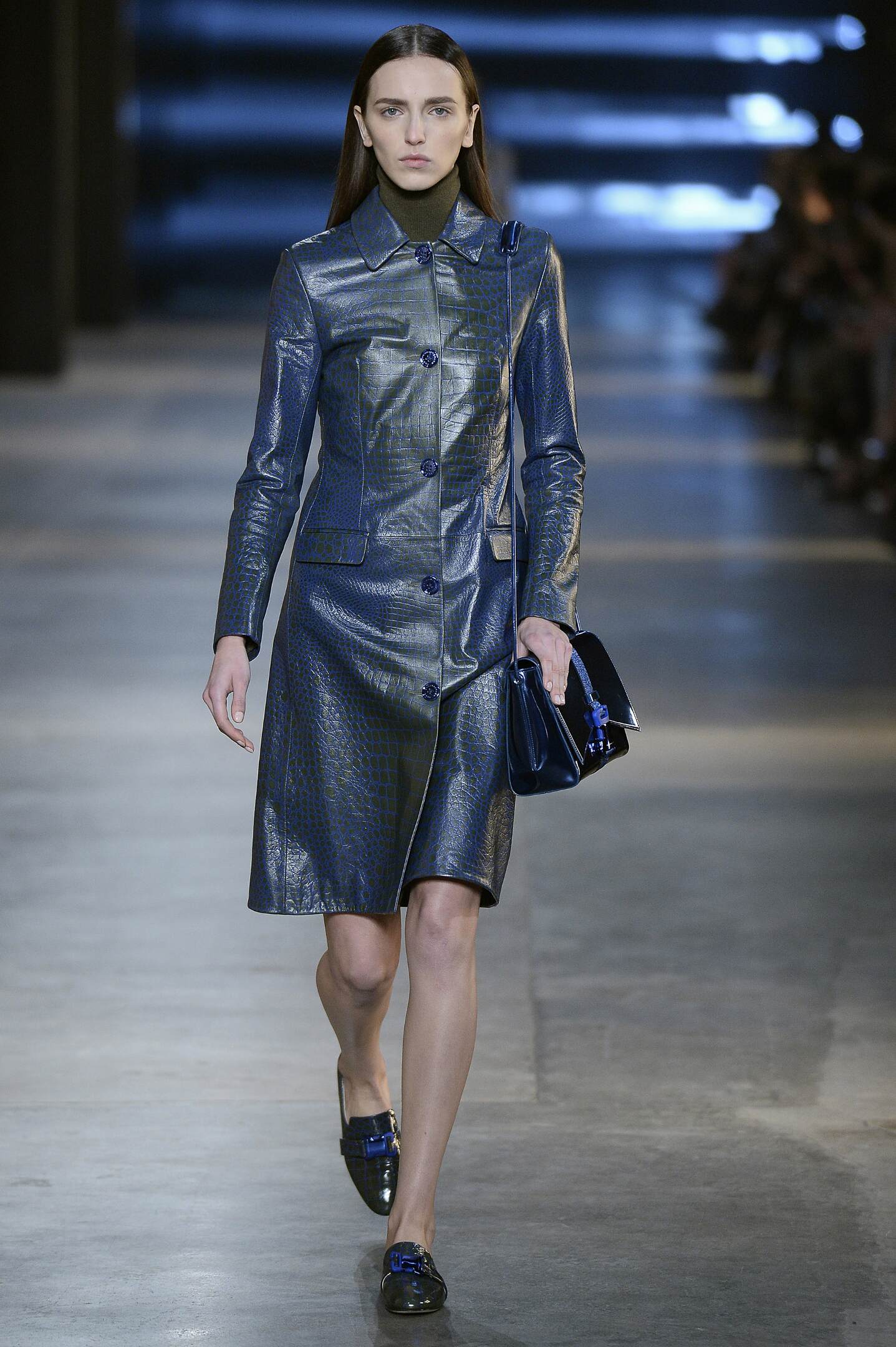 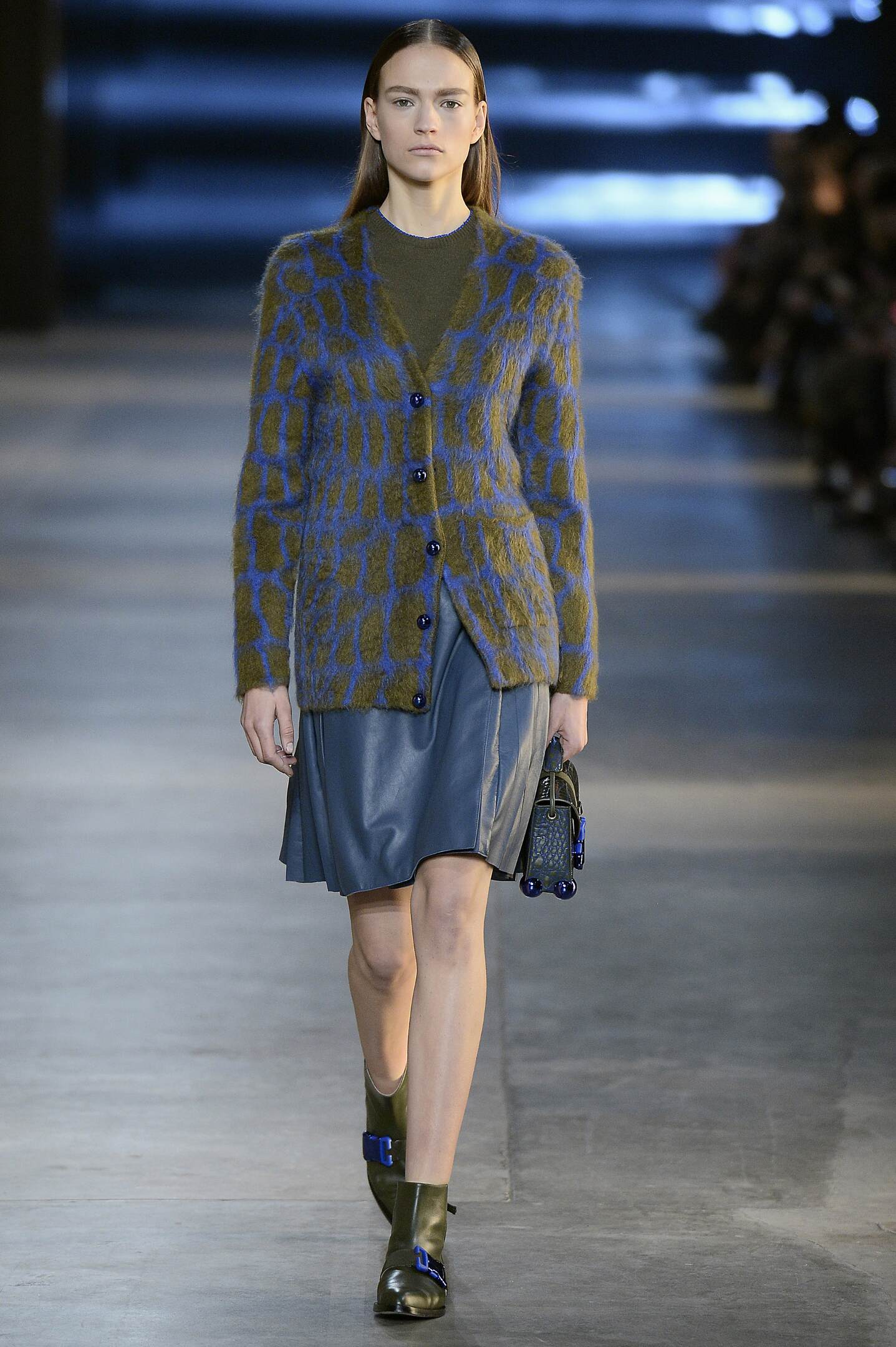