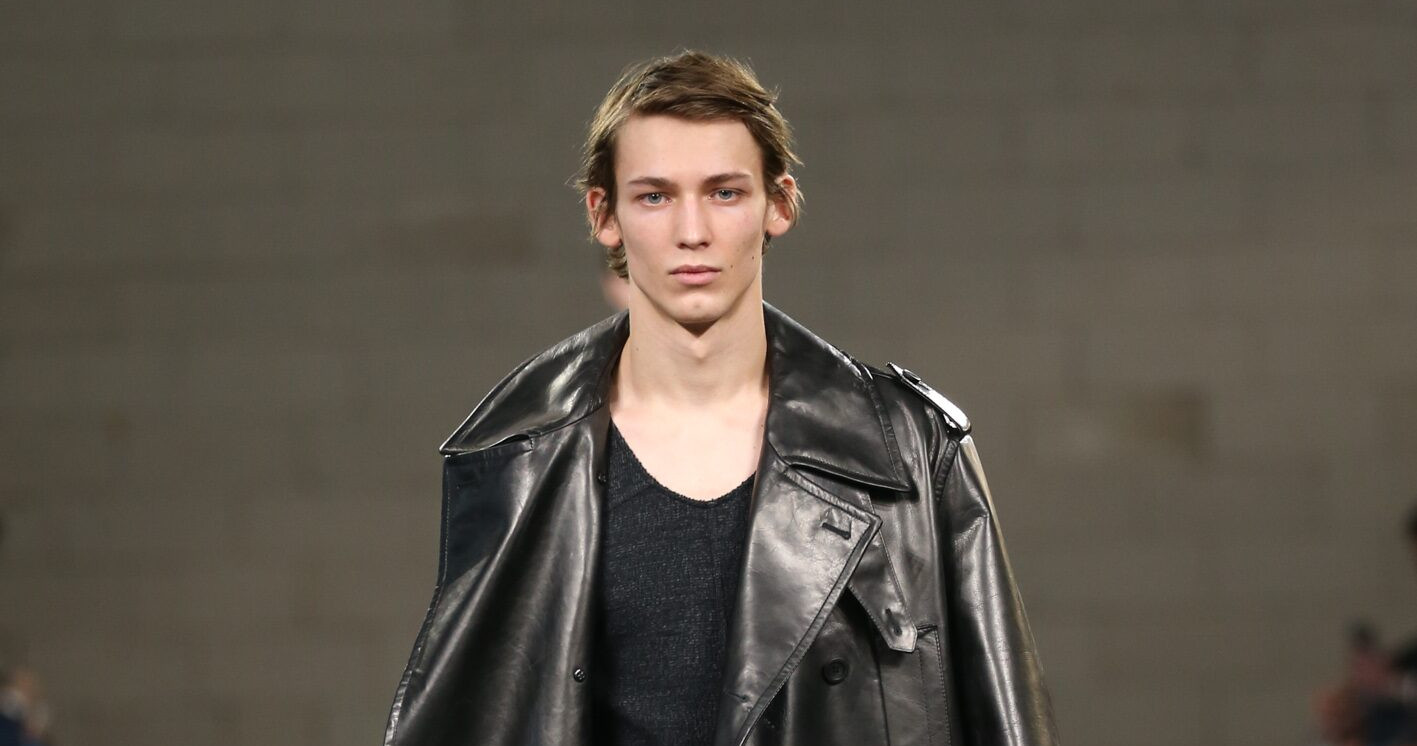 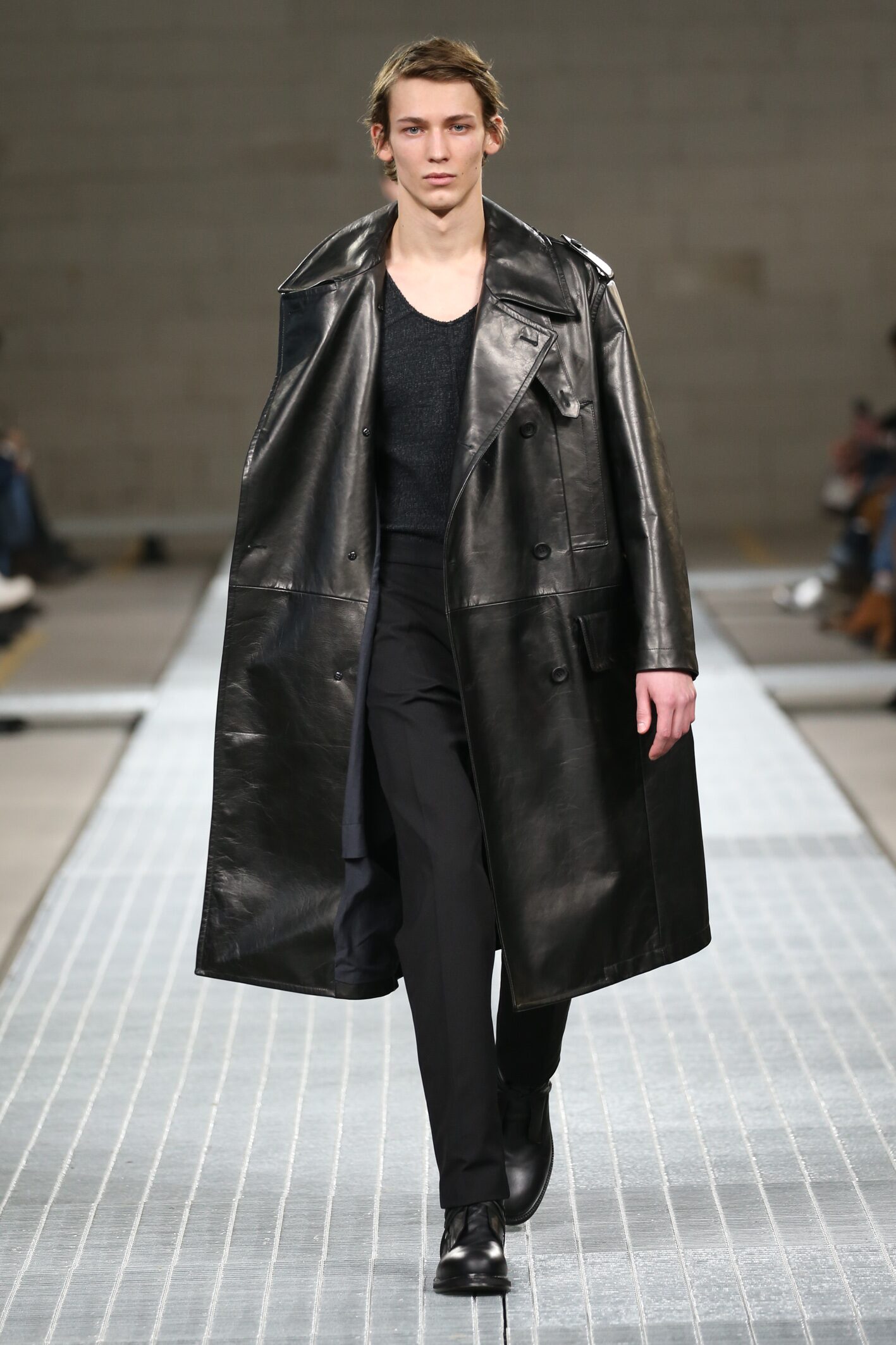 A look back into the vocabulary of the house to write a new chapter and move forward. Debuting in the role of creative director, Lee Wood reboots the Dirk Bikkembergs codes to where it all started, skewing nostalgia yet striving for authenticity. The bywords are unmistakable: truth, manliness, assurance. The Dirk Bikkembergs man is, pragmatically, a man – con dent, grown-up – equally at ease in showing o sartorial discipline or a wild, almost tribal side as well as hints of fragility.

Silhouettes are bold, de ned by sharp cuts of militaristic precision that give a Dirk Bikkembergs imprint to staples and classics. Quilted panels suggest protection on crombies and parkas equipped for survival. Outsized pockets recur as a sign, both functional and visual.

Tailored jackets and trousers gain volume and de nition, while knits are thick, textural and tactile. Inside out e ects disrupt the overall strictness with unruly touches which carry on in the wild wool fringes and decomposed patterns charged with a sauvage vibe. The quintessentially masculine spirit is enforced by whi s of heavy duty workwear, camo textures and rhythmic stripes.

Fabrics such as herringbone and worsted wools, cashmere, technical nylon and enzyme-treated cotton are manly and reassuring, in a classic color palette of camel, black, white and navy blue. Traveling across seasons and extremes, the Dirk Bikkembergs man is now ready to front any situation with dignity, physical presence and ease. 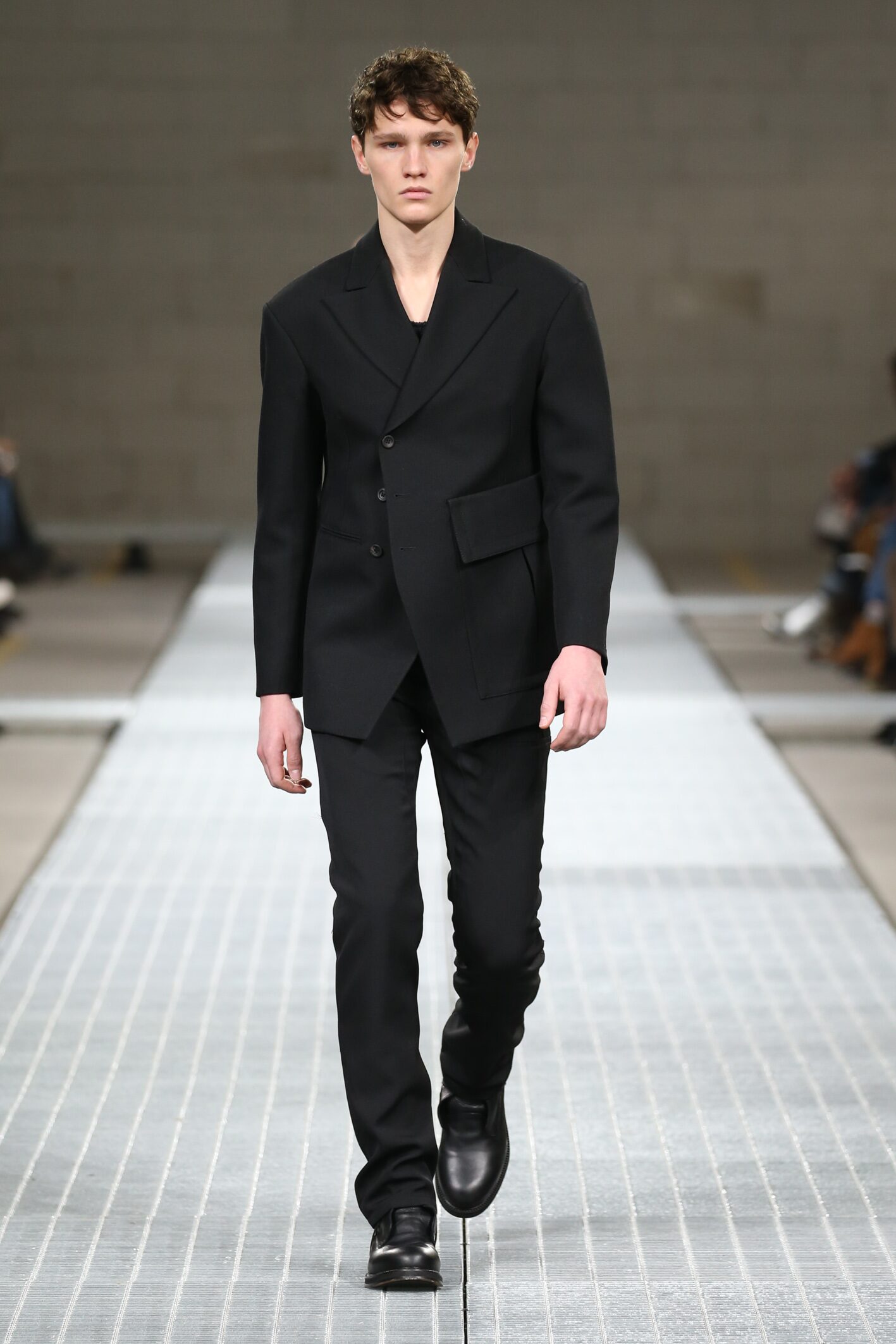 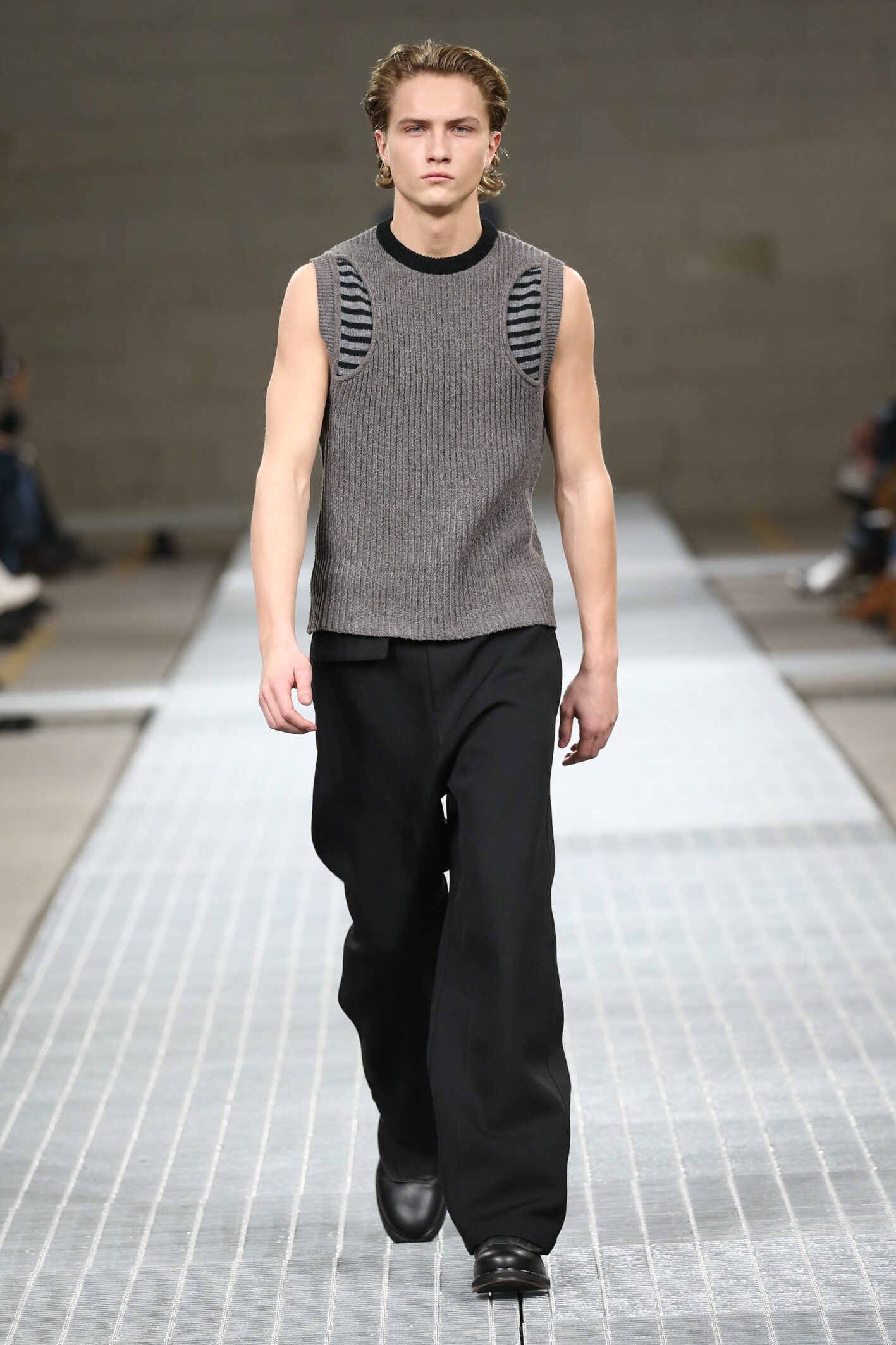 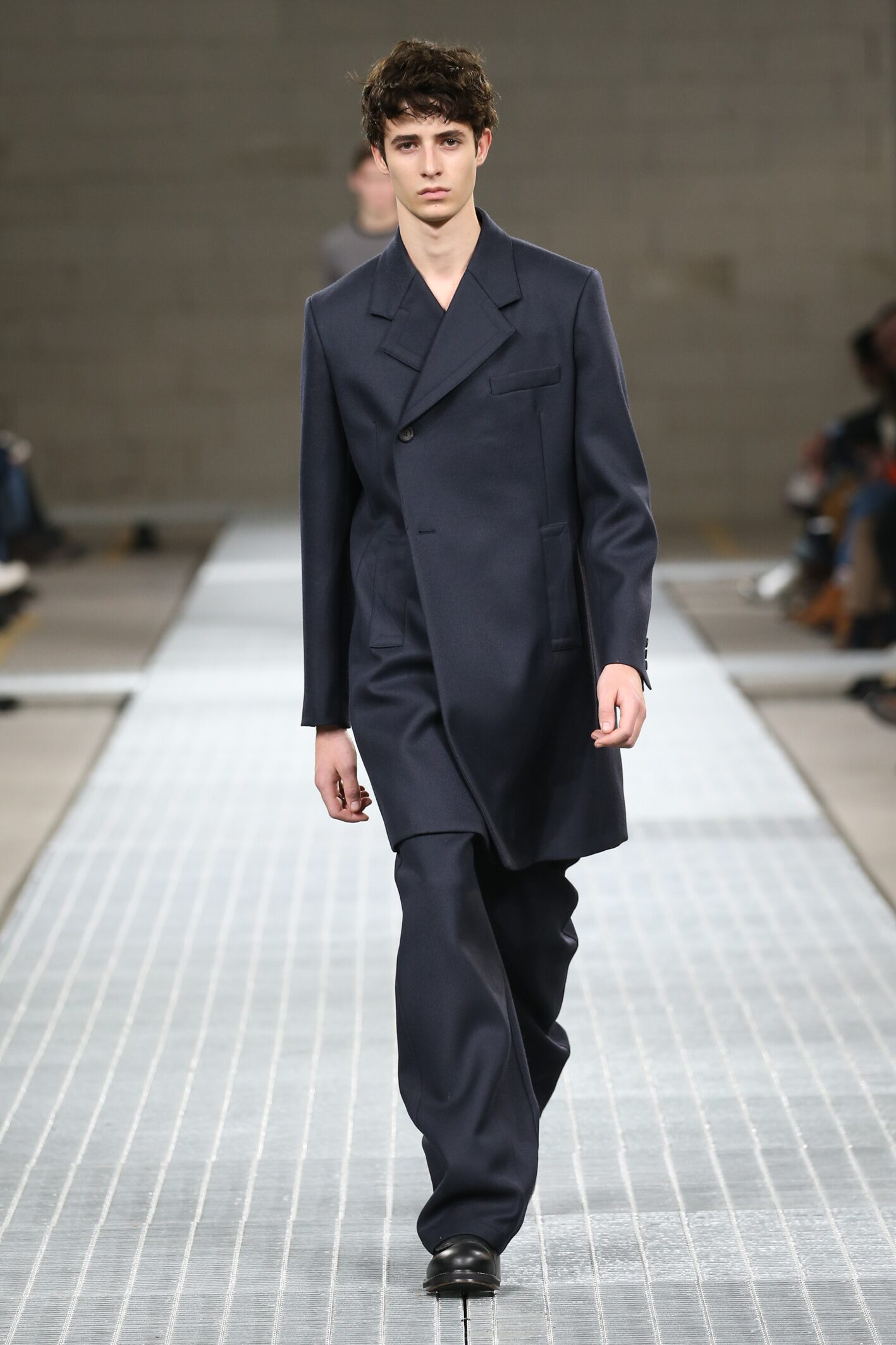 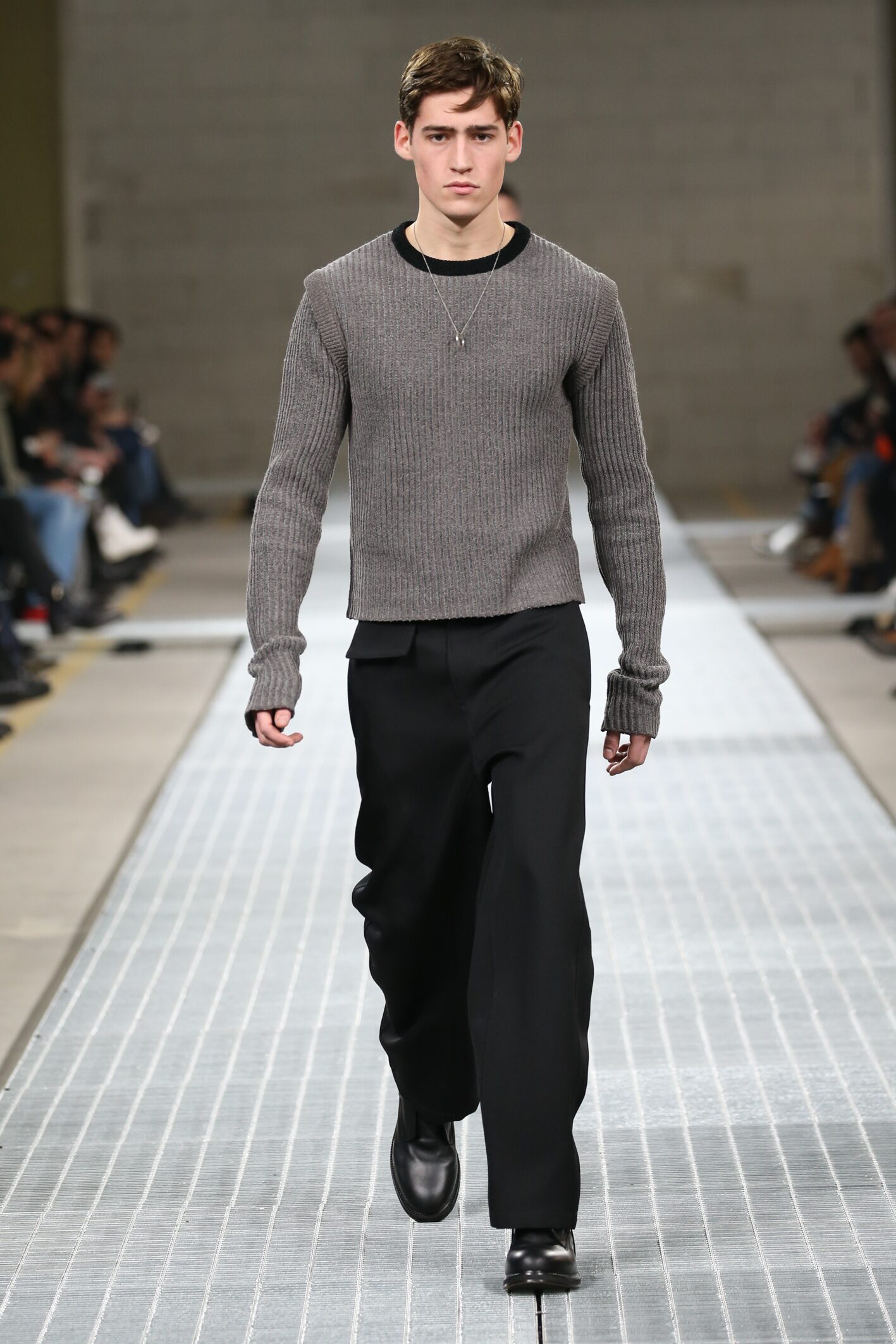 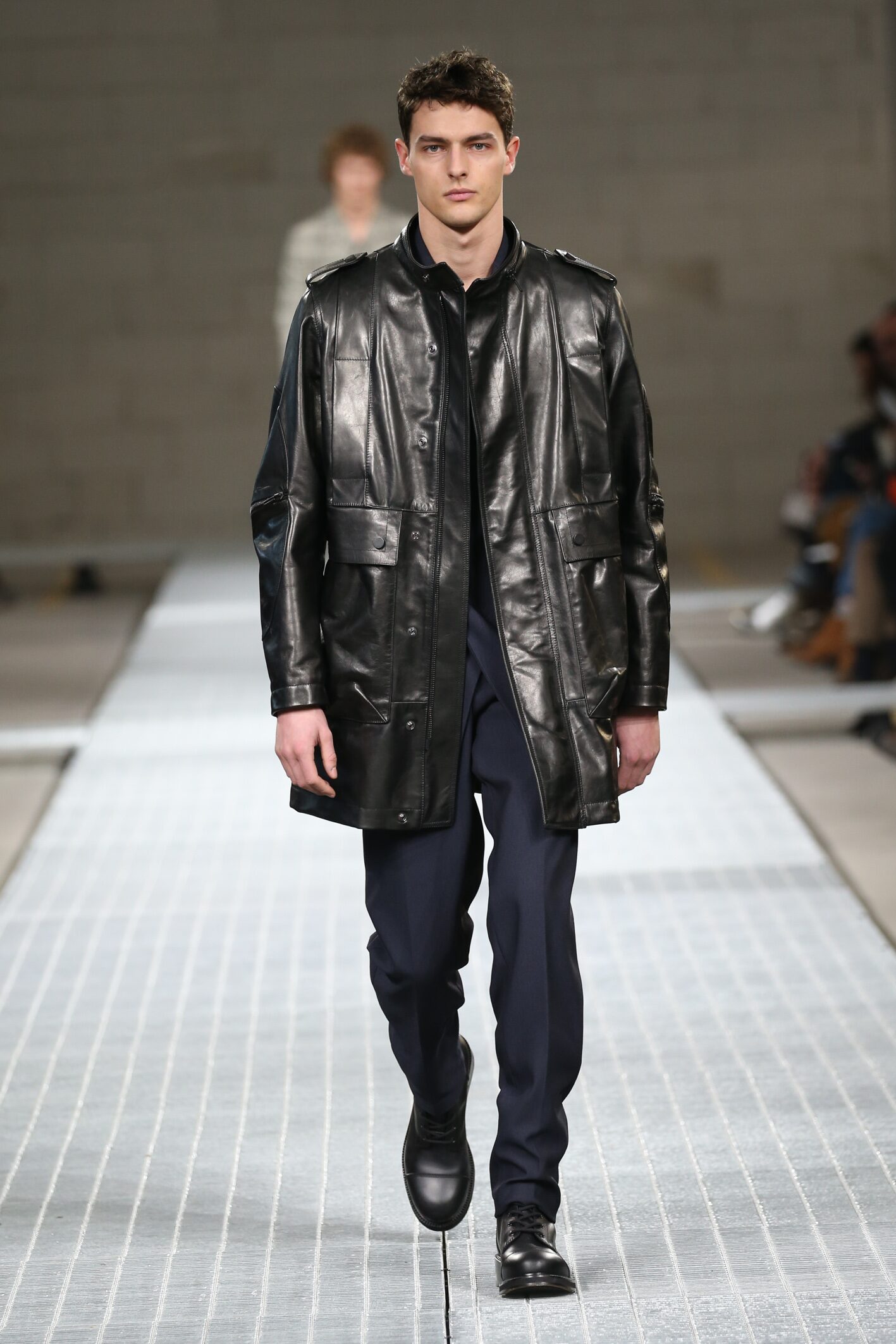