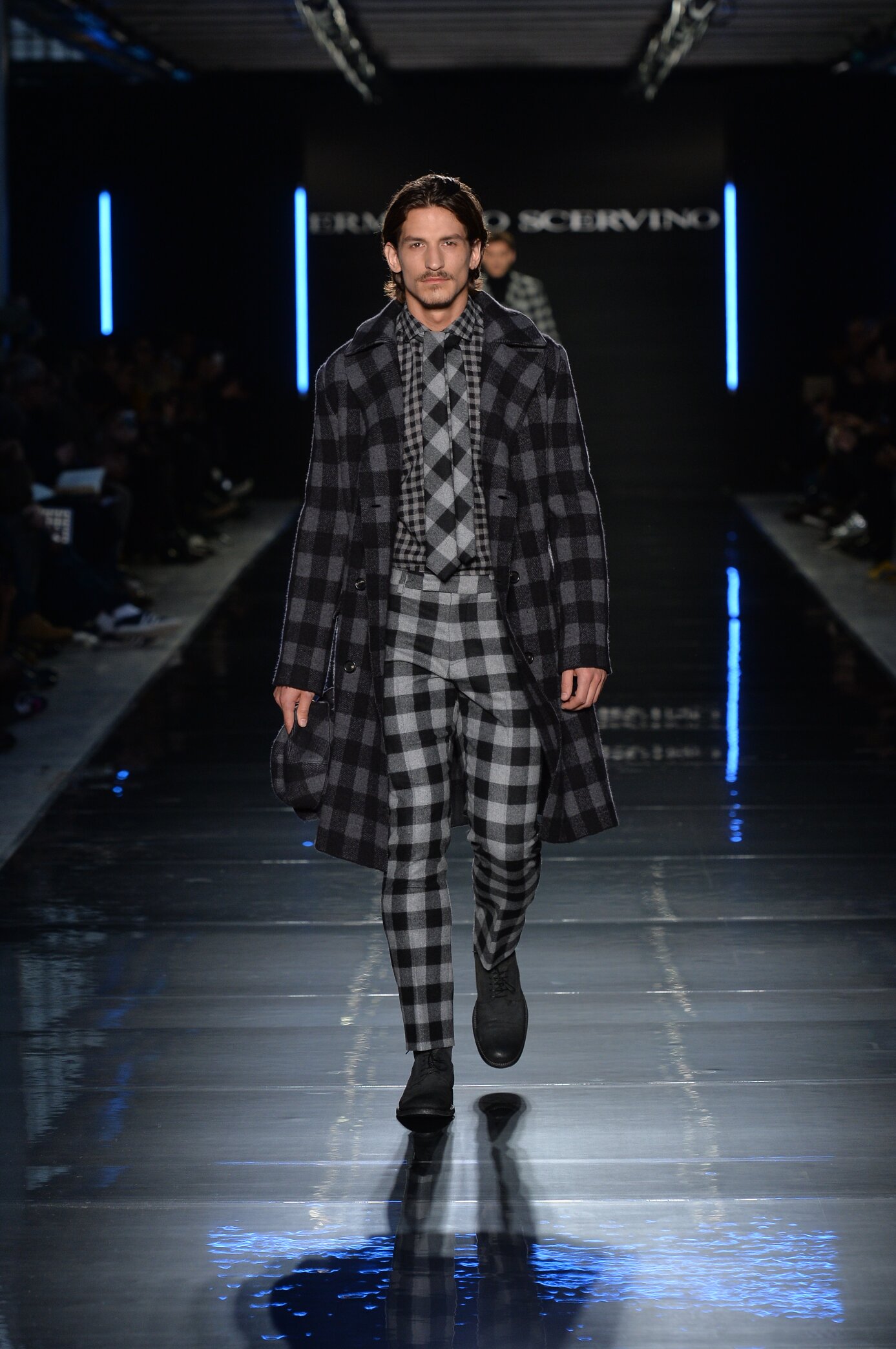 Prowling the runway is an elegant and damned seducer out of a film noir.

Cloaks and overcoats thrown over the shoulders envelop the Ermanno Scervino Man, disclosing new geometrical proposals that meld the rigour of impeccably tailored creations with the eccentricity of a man who thinks outside the box.

As the designer himself puts it:
“The Ermanno Scervino man doesn’t follow fashion, he studies it. He knows how to appreciate the story of hands and ideas that every garment narrates, a culture that makes him a trendsetter without undue formality or extravagance.”

The motifs of the male wardrobe are reinterpreted, proposing a style that showcases new geometries combined with each other in a harmonious whole.

The volumes of the outerwear are oversize, with the down jacket concealed beneath the parka in wool cloth, which becomes technical when bonded with fleece or comes out into the open embellished with fur.

For the evening, suits are introduced in unusual velvet combinations and chalk-stripes in felted knit.

The accessories follow the motifs of the collection. Footwear features the high-laced Derby with heavy-duty sole. 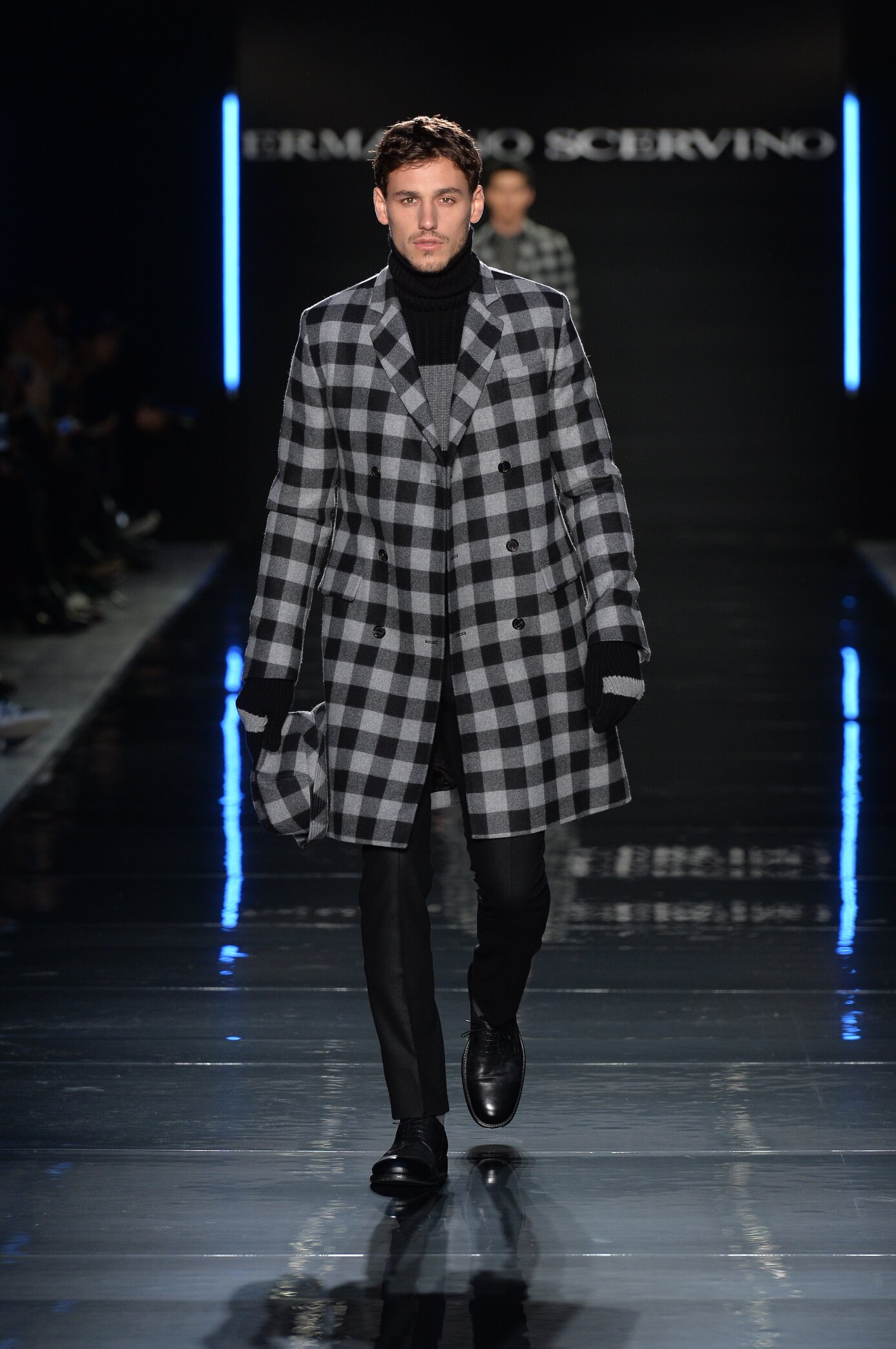 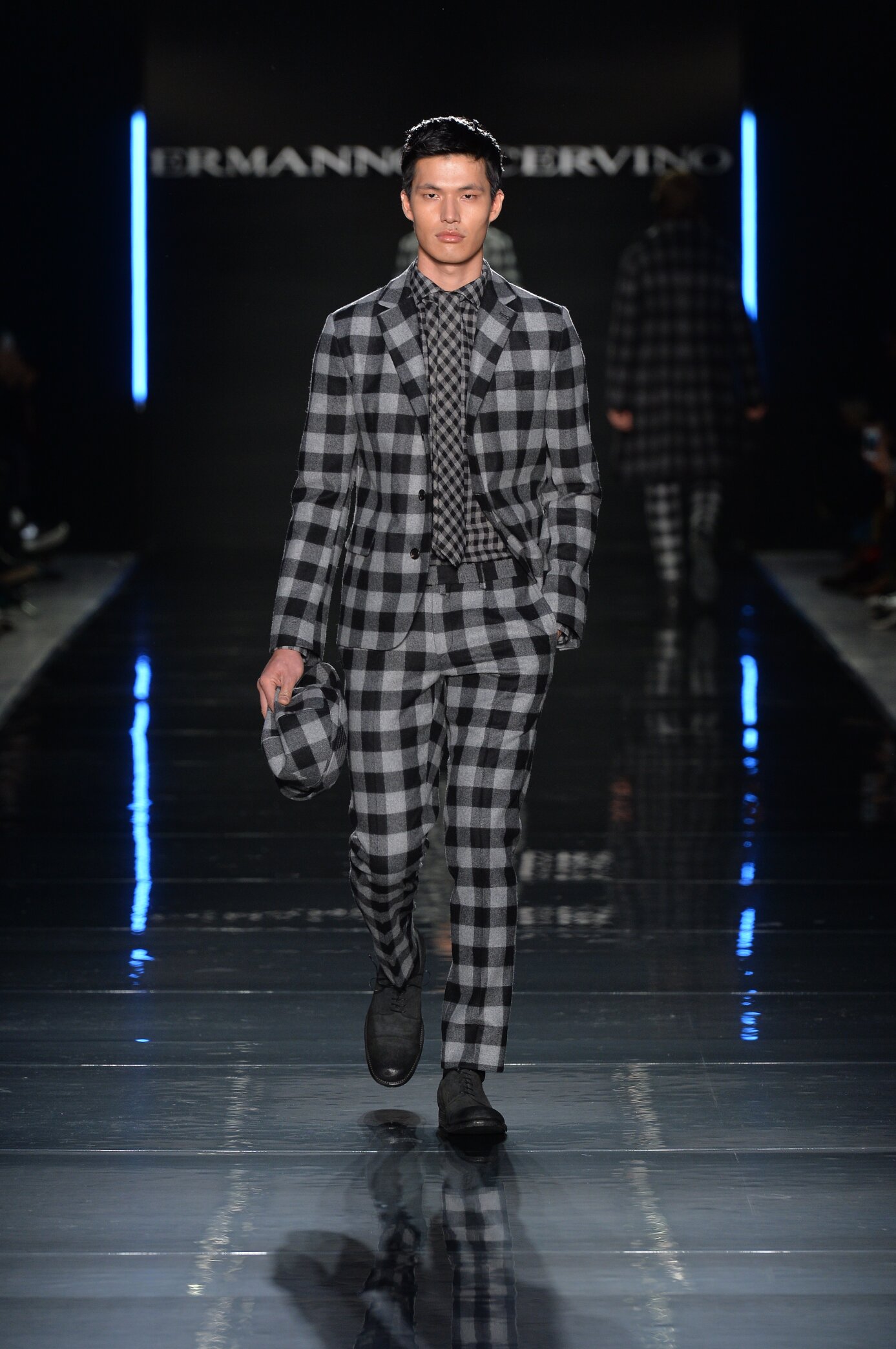 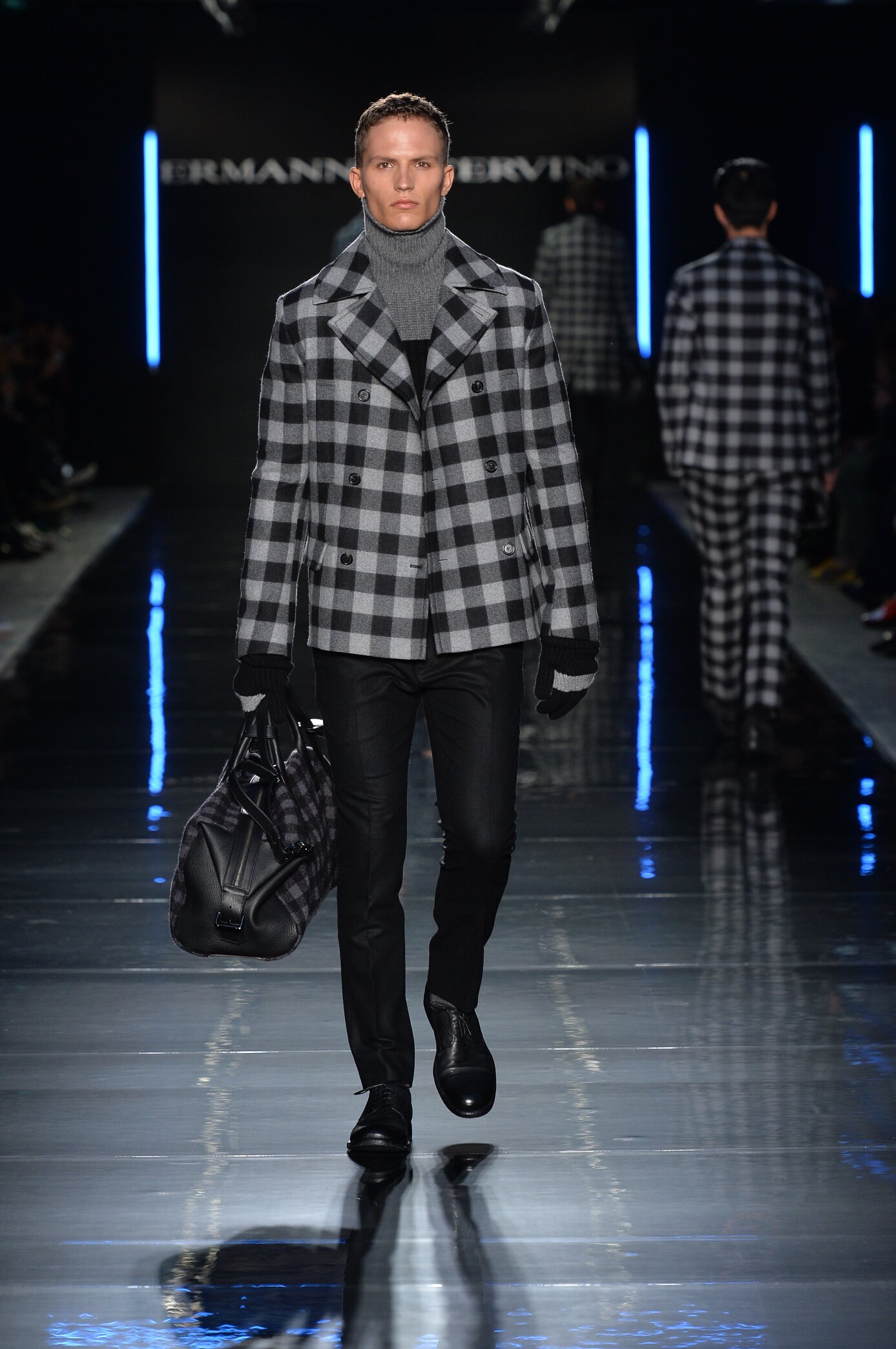 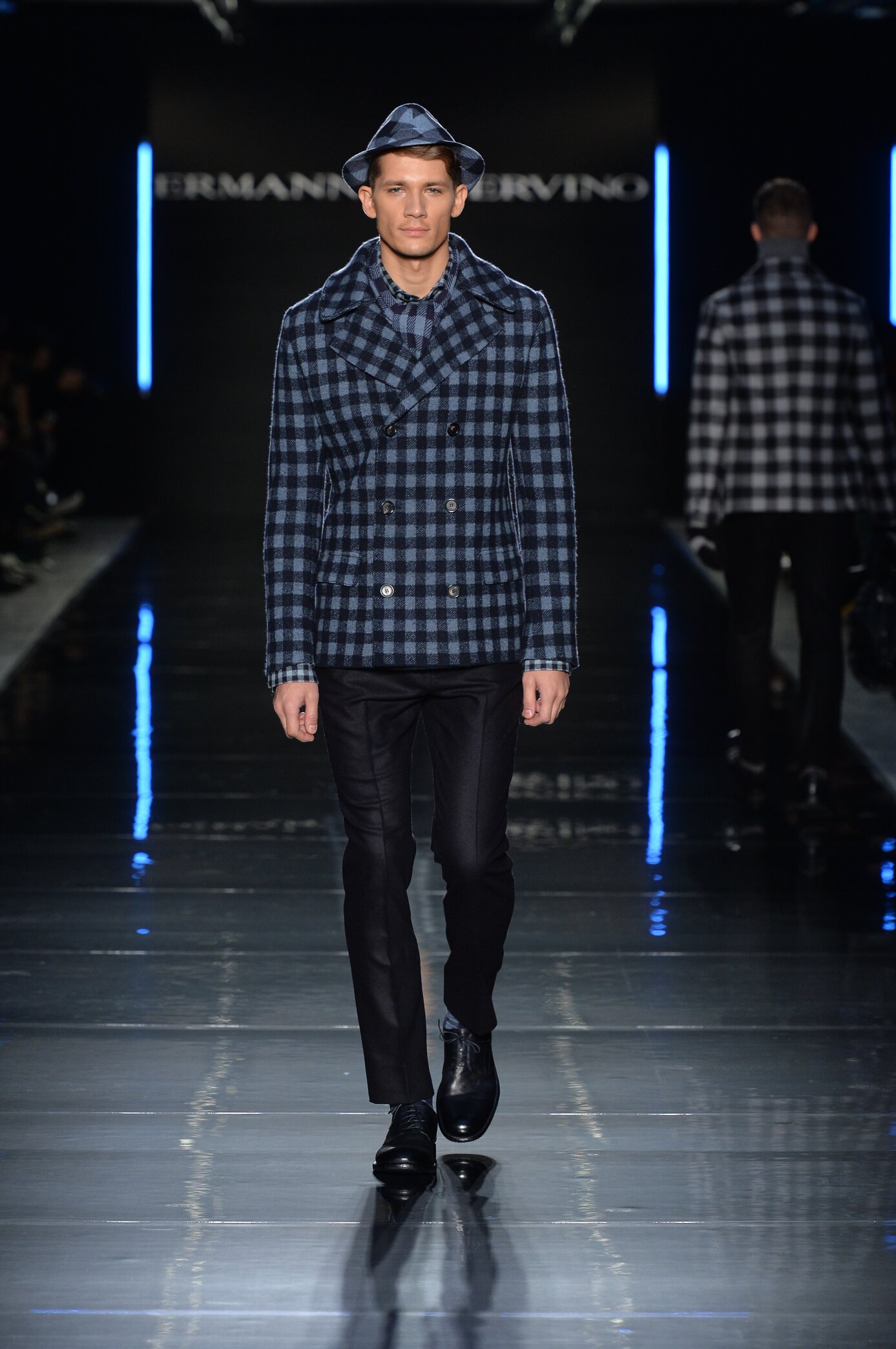