ATMOSPHERE
Pierfrancesco Gigliotti and Maurizio Modica bring an army of super-feminine, mysterious femmes fatales to their runway.
If the show were a film, it would be set in 1950s Los Angeles and the woman on the catwalk would be an intriguing Black Dahlia in a fine balance of the second half of the last century and the present day.

FORMS AND FABRICS
Shapes and volumes were constructed with no concessions to fluidity, created in stiff materials such as double cloth/matelassé lurex and wools/silk fabrics.
An interplay of opposites is a fundamental element. The more traditional fabrics give a new twist to casual models, such as the hoodie, while the more classic models, like the midi skirt, are made of technical textiles.

ACCESSORIES
The spotlight is on accessories with a graphic appeal.
Rigid, two-dimensional handbags and “Romy”, a small, rigid cylinder made of brushed calfskin.

COLOURS
Bordeaux, all shades of reds and pinks.
Black and white, touches of grey, silver, asphalt and through to metal. 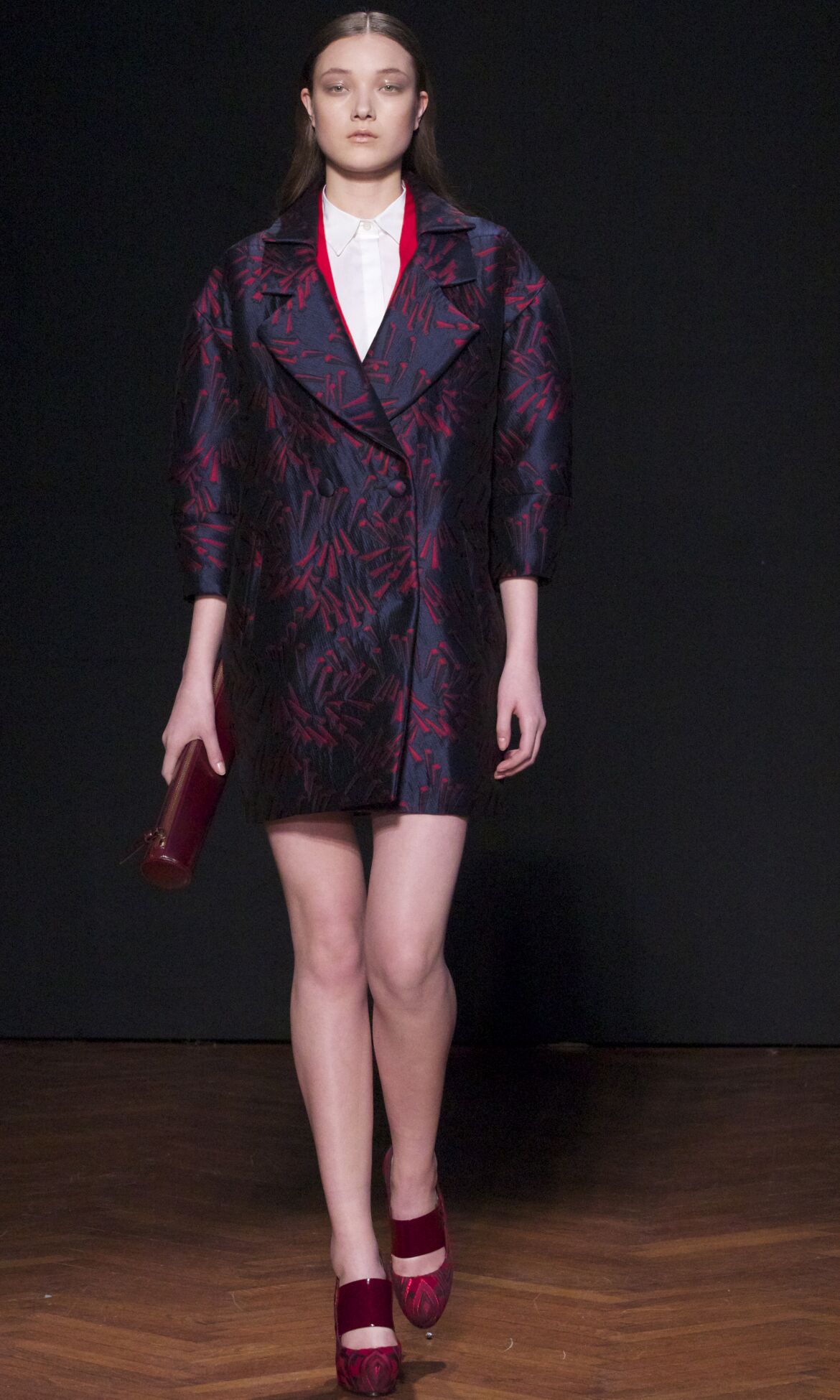 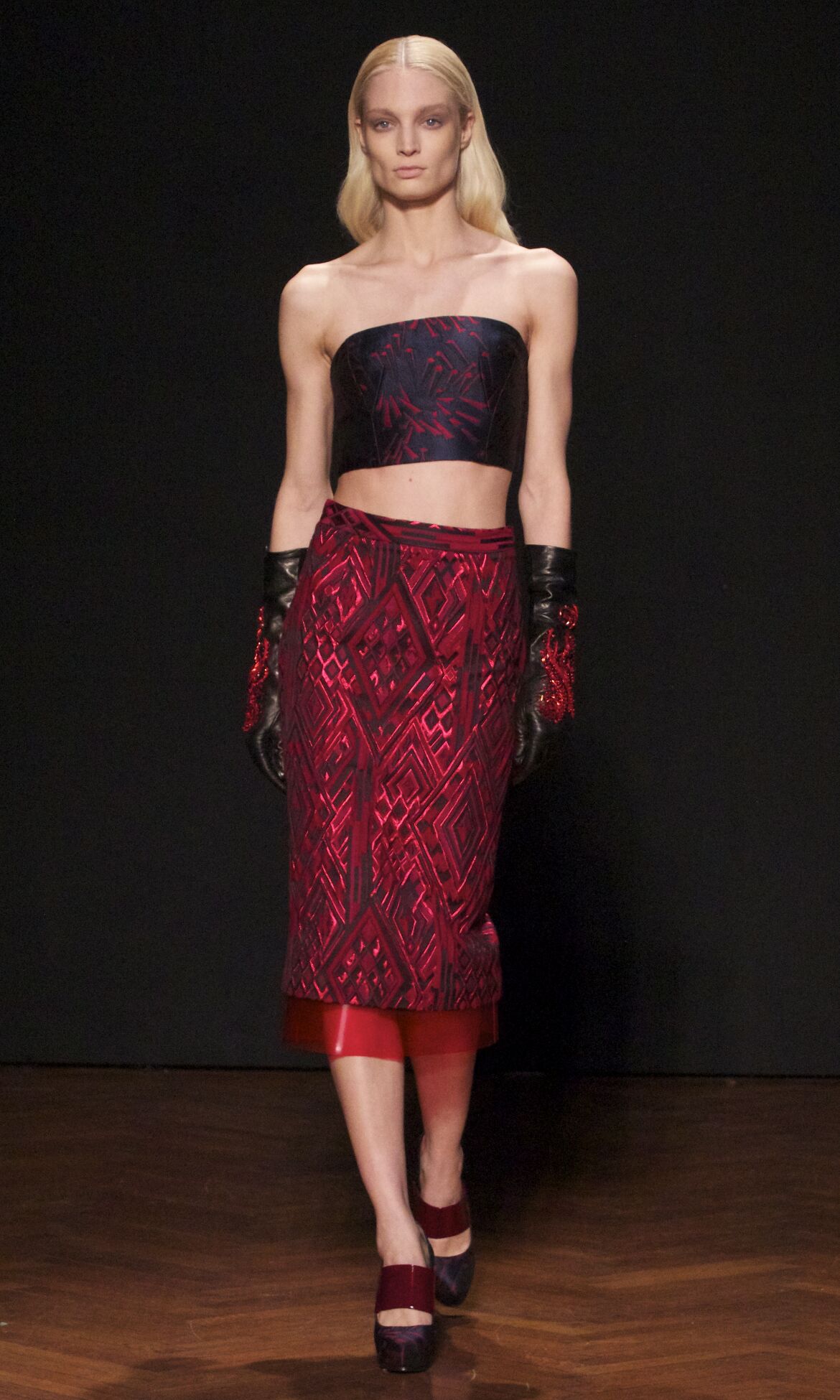 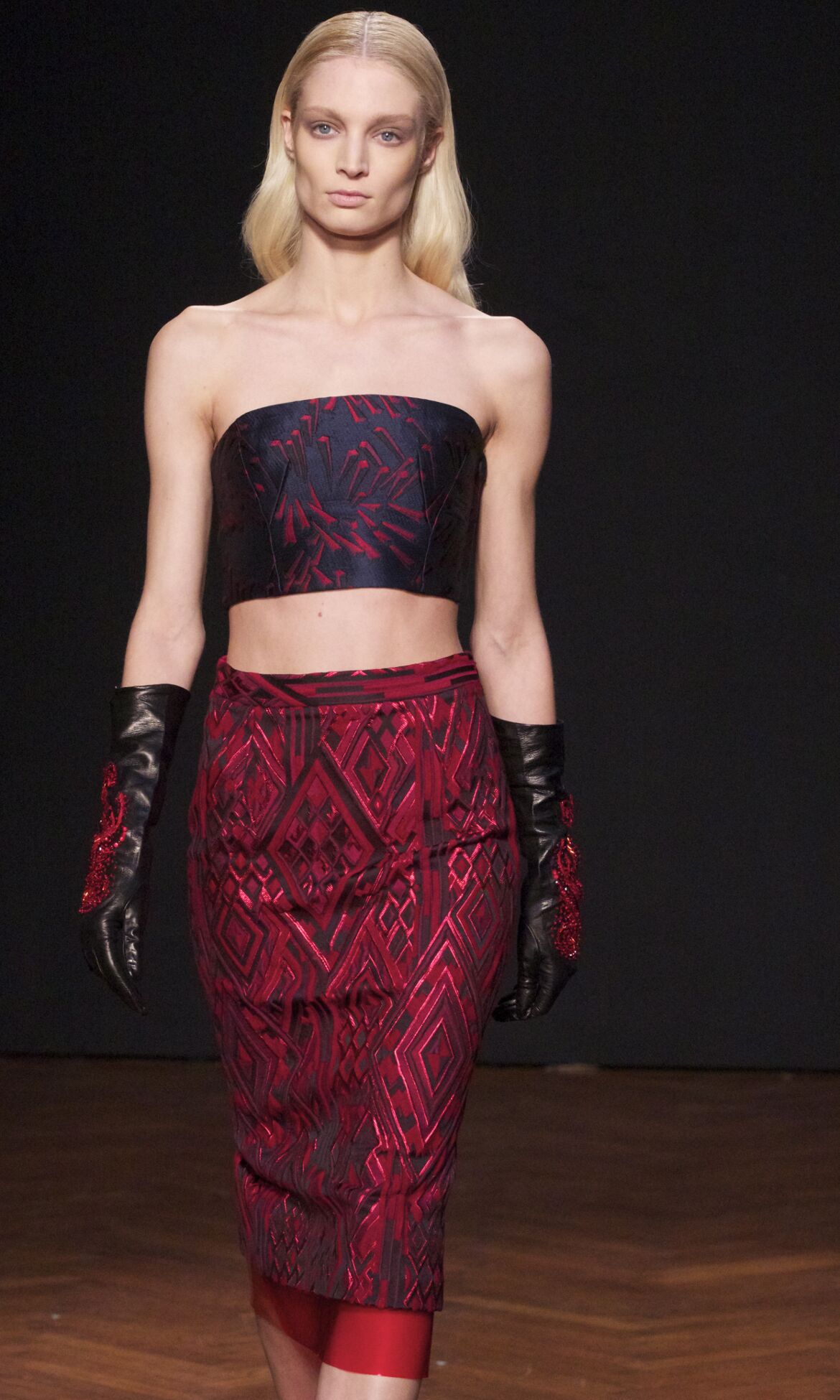 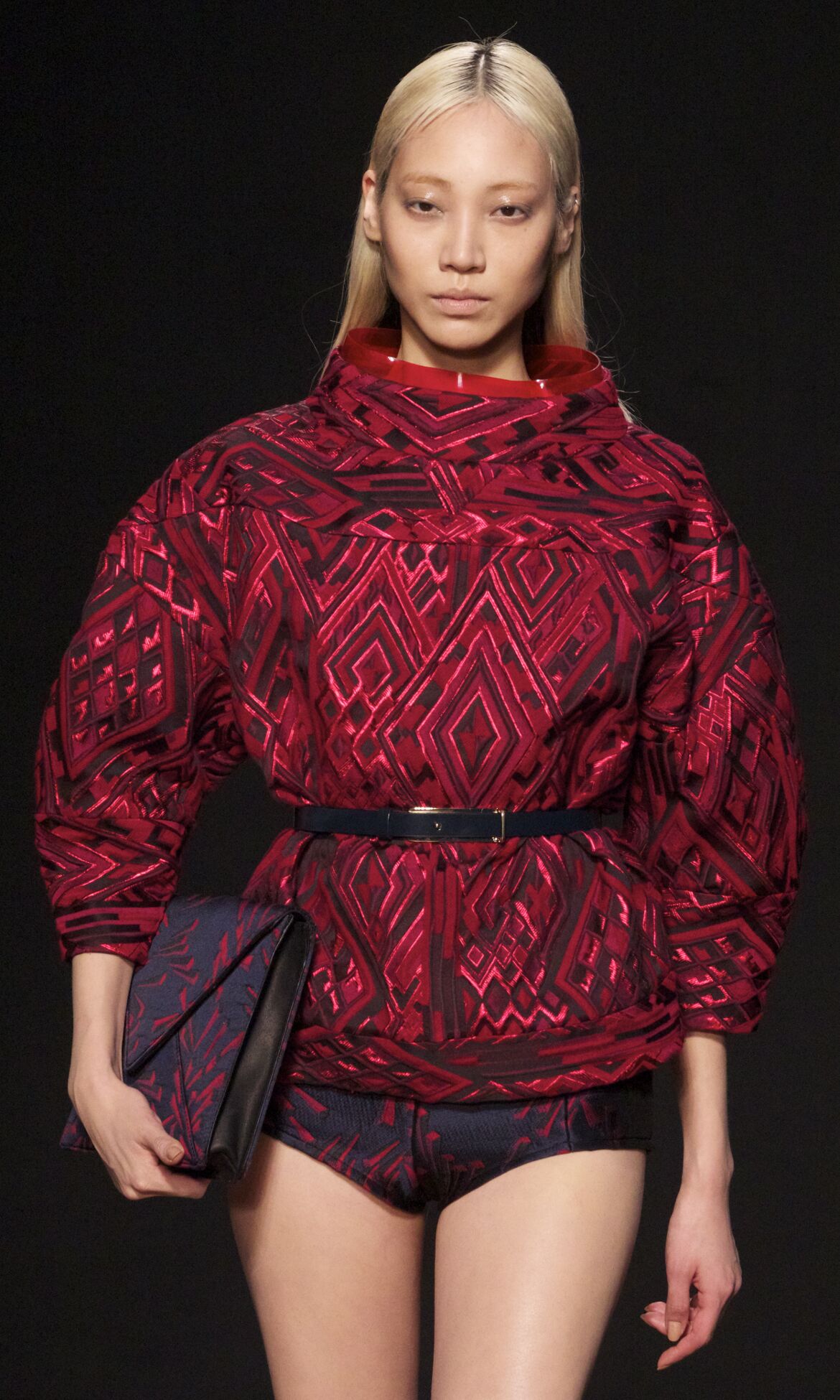 END_OF_DOCUMENT_TOKEN_TO_BE_REPLACED

The idea
The basic idea springs from a long-held passion: Pierfrancesco Gigliotti’s love of architecture and specifically the subject of his degree dissertation, i.e. clothing as architecture of the body. And so the new Frankie Morello collection becomes literally a building, an abode not only for a man’s body, but also for his ideas, his character, story and interests.

The collection
The red-brick houses in New York’s West Village are transformed into Gobelin prints. The photos of the brand’s creative spaces are tattooed on the fabrics as if they were the pages of an interior décor magazine. The inlaid marble of Florentine flooring turns into grisaille patterns. And the curved wood becomes a decoration on backpacks and accessories. Lastly, illusion is three-dimensional: the T-shirts are sewn with box-like corners, the knitwear includes mirrors as if it were the end of a corridor.

The celebrity
The guest star and symbol of the collection could be no other than Fabio Novembre. His way of balancing fashion, design and architecture, merging the disciplines through the leitmotiv of creativity, is the core around which each look in the new collection is centred.

The criticism
Under the clothing, apart from the prints, there’s a provocation. Being literally clothed in a creative process, visually dressing in design is also a denunciation of those who cynically copy the creativity of others without considering the research, work, dedication and know-how that are behind an outfit and go beyond a collection. It’s the desire to dress in a criticism through the power of imagination. 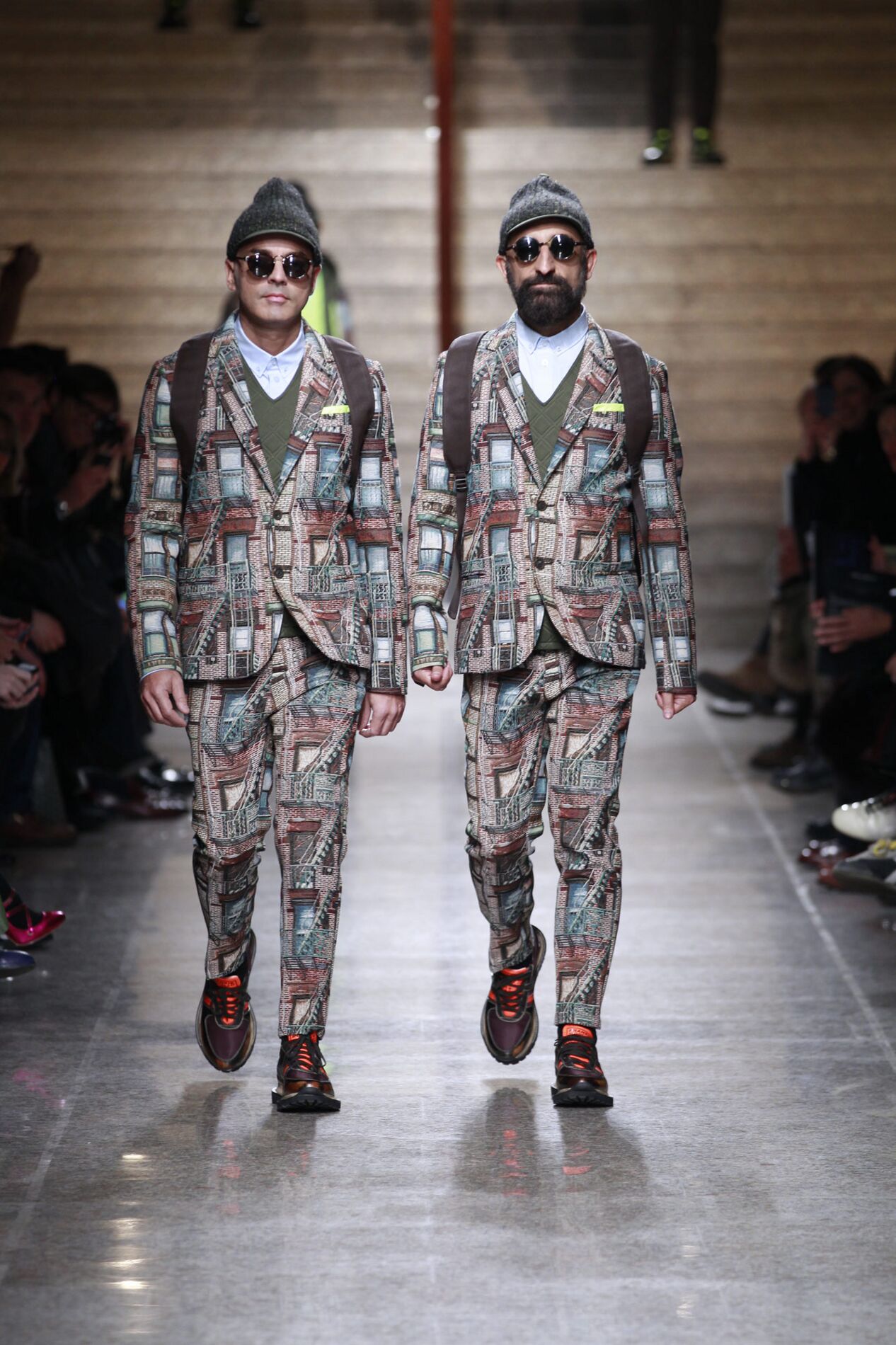 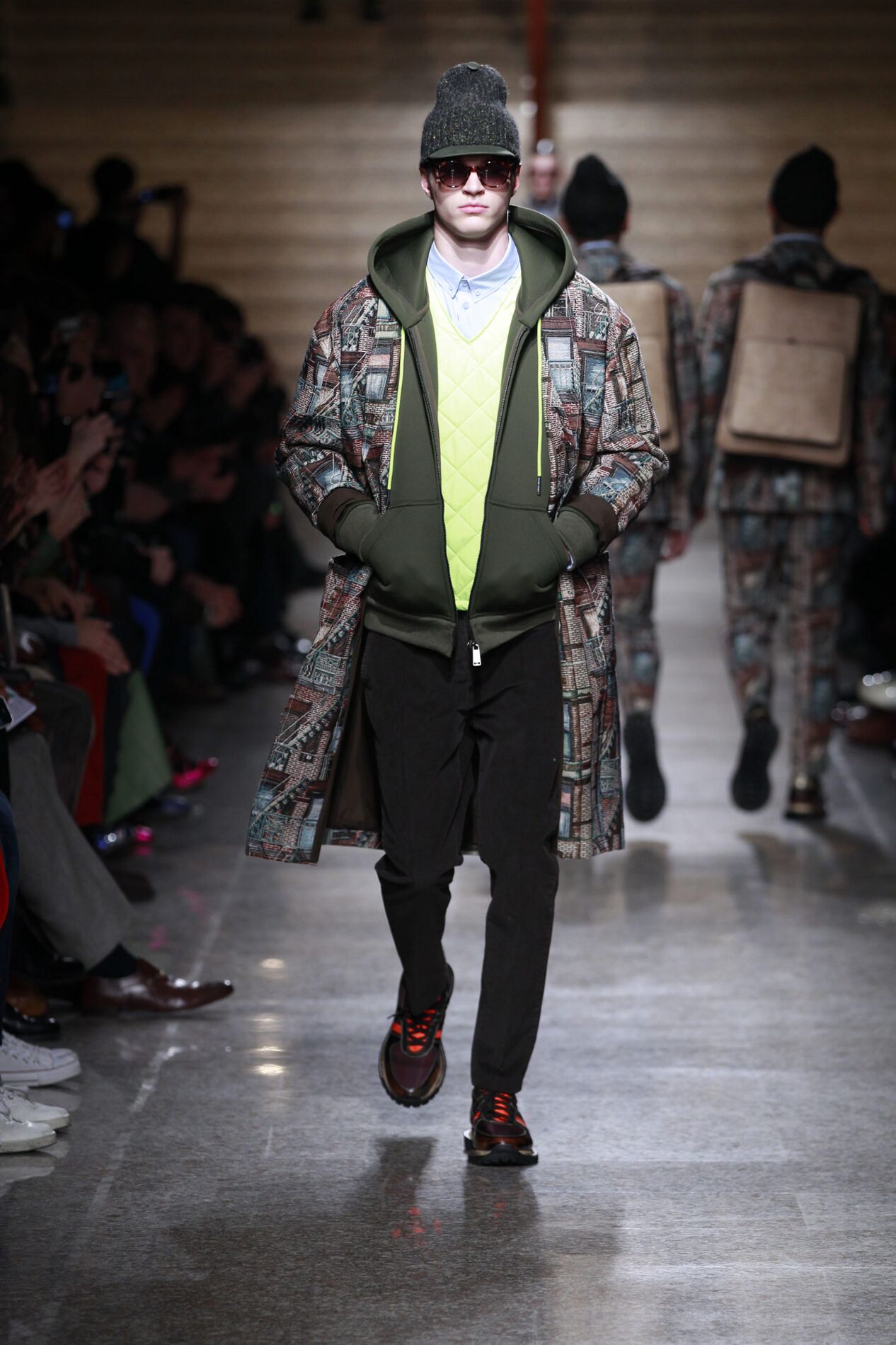 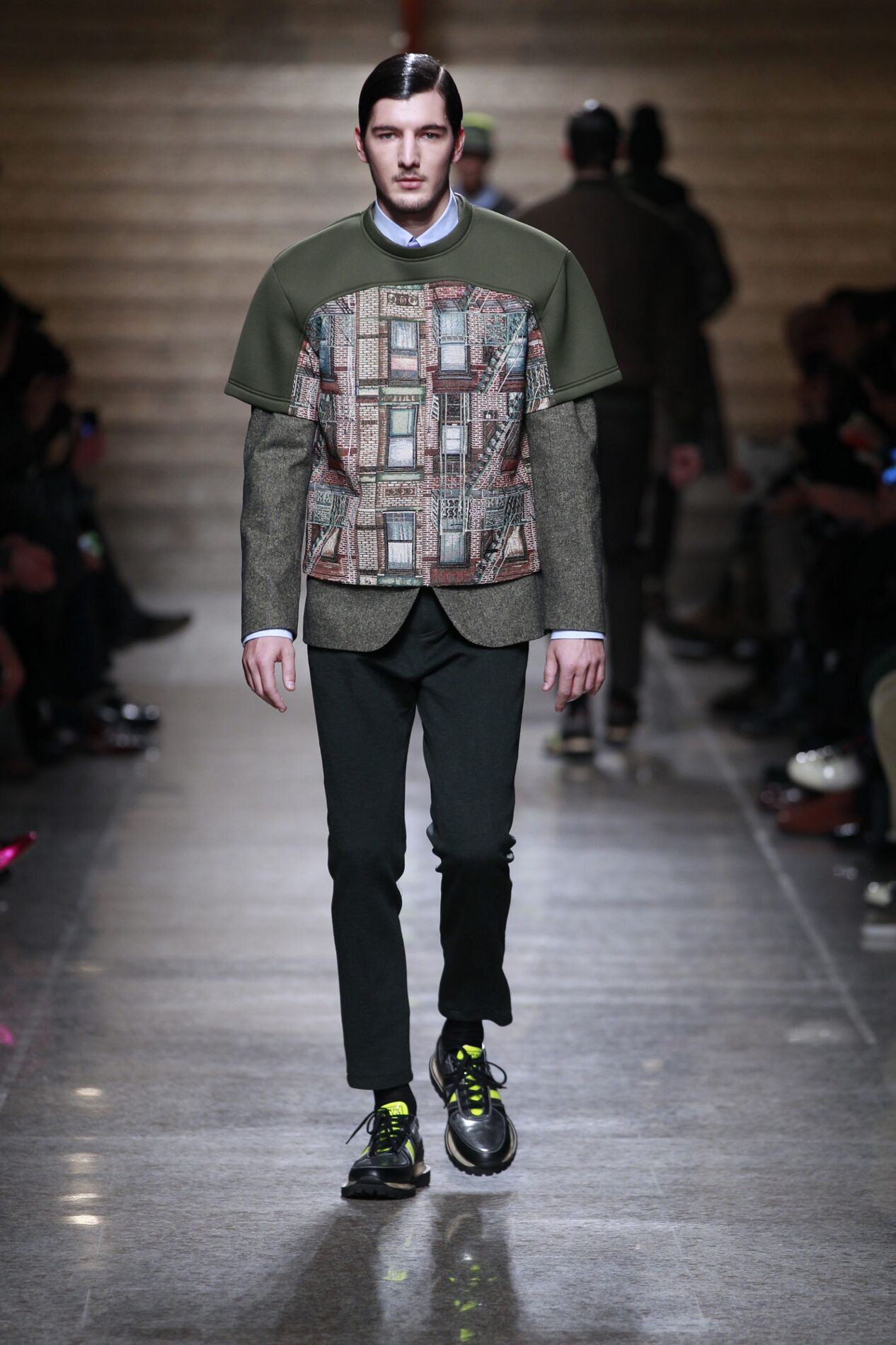 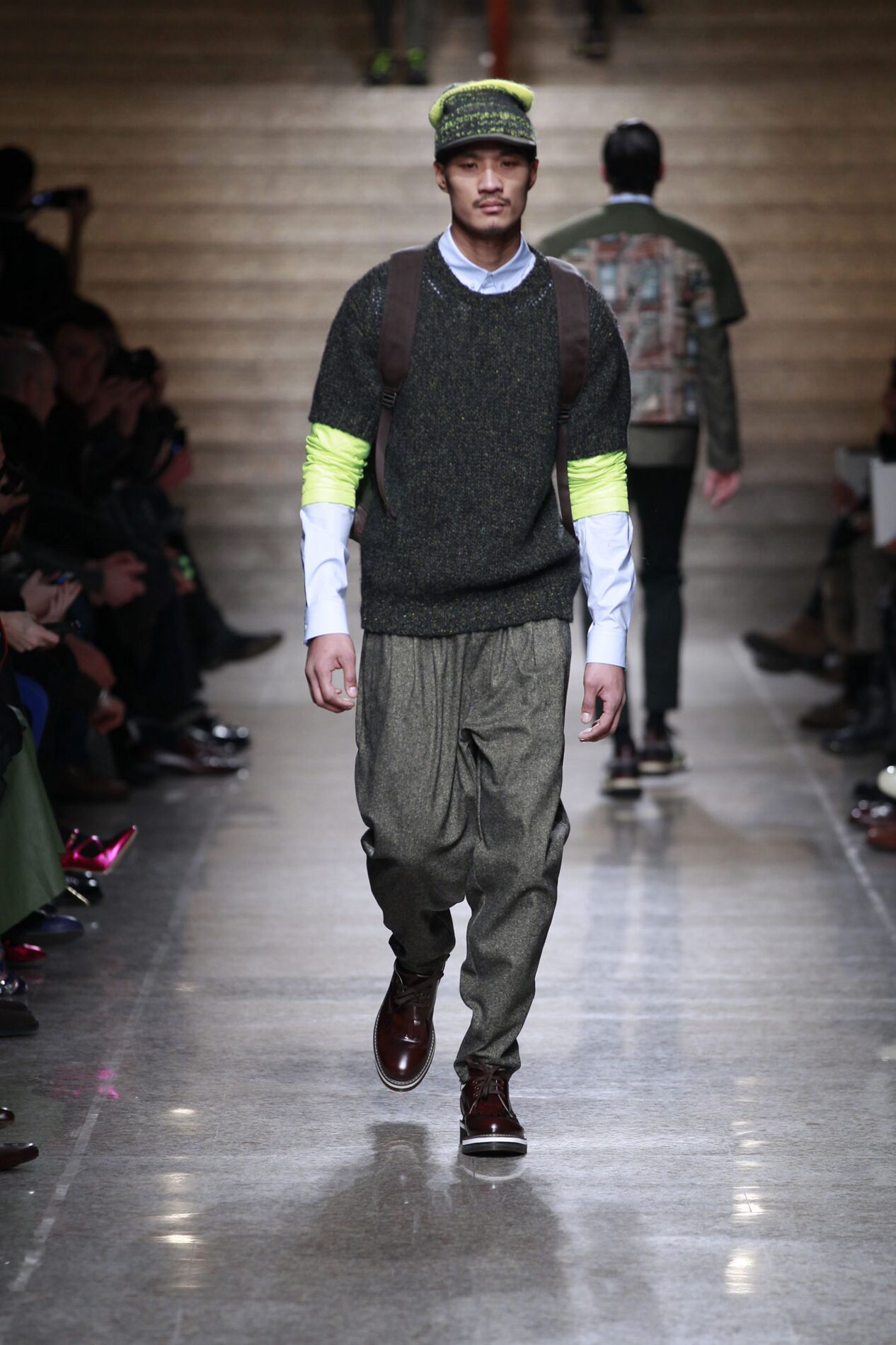