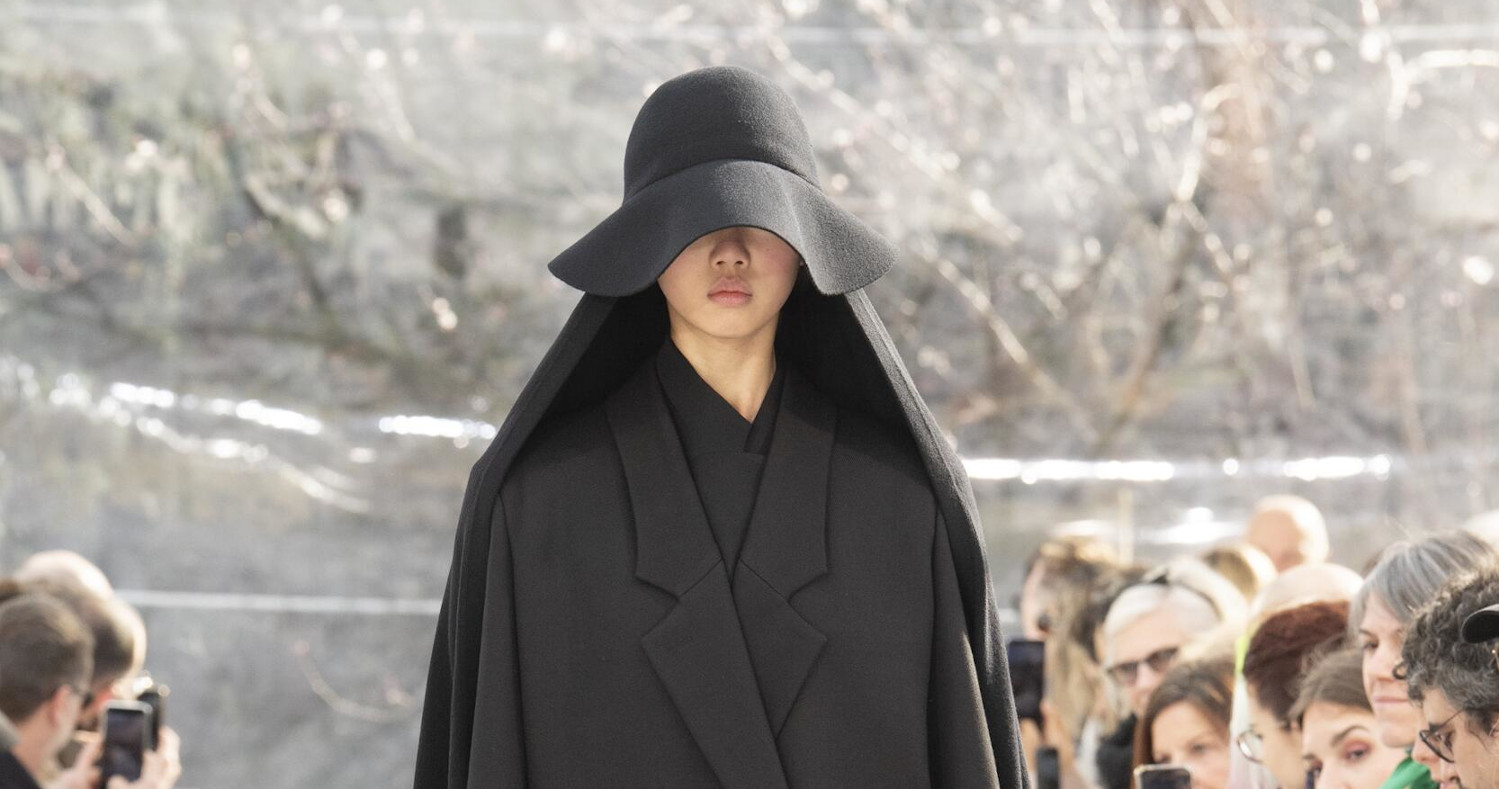 KENZO. And the mind travels. At the start, the heart of an impulse, the first journey. A young Japanese man wants to discover France, a country with the promise of all possibilities. He embarks on a boat travelling for several weeks. He knows nothing more of Paris than the dream: a city that is the noble territory of Haute Couture.

He does not speak French, but he knows the language of colours. He combines Asian poetry with the rigour of European cuts. He understands the dialect of nature and the vocabulary of flowers. He leans upon the cultures of the world with a smile… This is the journey of Kenzo Takada. This is the spirit of the House of KENZO.

A journey through style, and a continued passageway between two designers. Two personalities blend and their common points shape a wardrobe of convergence. United in culture, their dialogue takes root in Paris, the fantasy capital of fashion. Emotional reference points converse and come together.

Summer memories of Felipe Oliveira Baptista’s childhood in the Azores. A photo album of his newlywed parents in Mozambique, on the threshold of skydiving. A surge of love from a moment in time. Imbued with evocations from a dream of Japan. The feeling of islands… Their journeys intertwine. Between intimacy and universalism.

The first Fall-Winter 2020 Collection by Felipe Oliveira Baptista for the House of KENZO.
The nomadic spirit of these wanderers of the world, sheltered by their clothes. A mobile wardrobe that heralds urban elegance and metamorphosis, transforming itself with fluency. Reversible coats that go from monochrome to printed.

Parkas that spread out like wings. Down jackets that become sleeping bags. Dresses as light as cocoons that expand with their armature of zippers. Flowing alongside each step, they follow in fluid pace, as if animated by a movement of their own. The colours come from nature, at times illuminated by camouflage prints that are in fact a trompe-l’oeil of roses.

This organic palette composes a unique painting at each glance, like colours as passers-by, or a garment that transforms into a canvas of a giant tiger head. These are “painting-dresses”, taken from the works of neo-realist artist Júlio Pomar (1926-2018). A Lisbon painter who lived in Paris for a long time and considered one of the greatest figures of Portuguese XXth century art.

In the 1980s, fascinated by tigers, Júlio Pomar created a major series of works on this feline. The amplitude of cuts, moving close and away from the body, attests to the dynamism of this wardrobe and its slender silhouette. The superimposition of materials adds to its energy. The House of KENZO, through this initial collection, celebrates the wanderers of life.

The transparent tubular structure that makes up the set of the show is designed as a modular nomadic object. It will be re-used in other forms at events in the coming seasons, such as pop-up stores or presentations. KENZO is committed to recycling the set, which can be transformed into new objects. 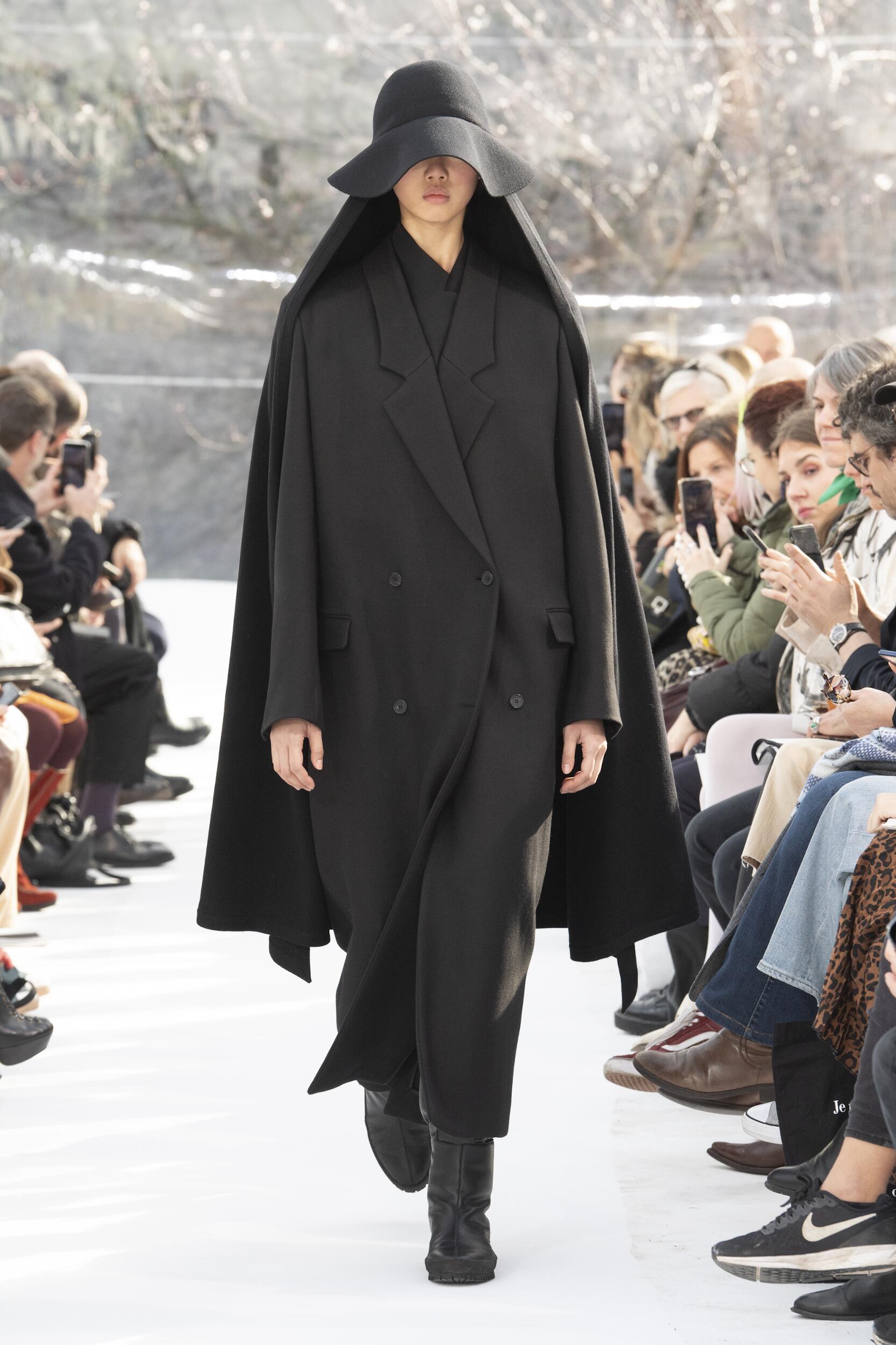 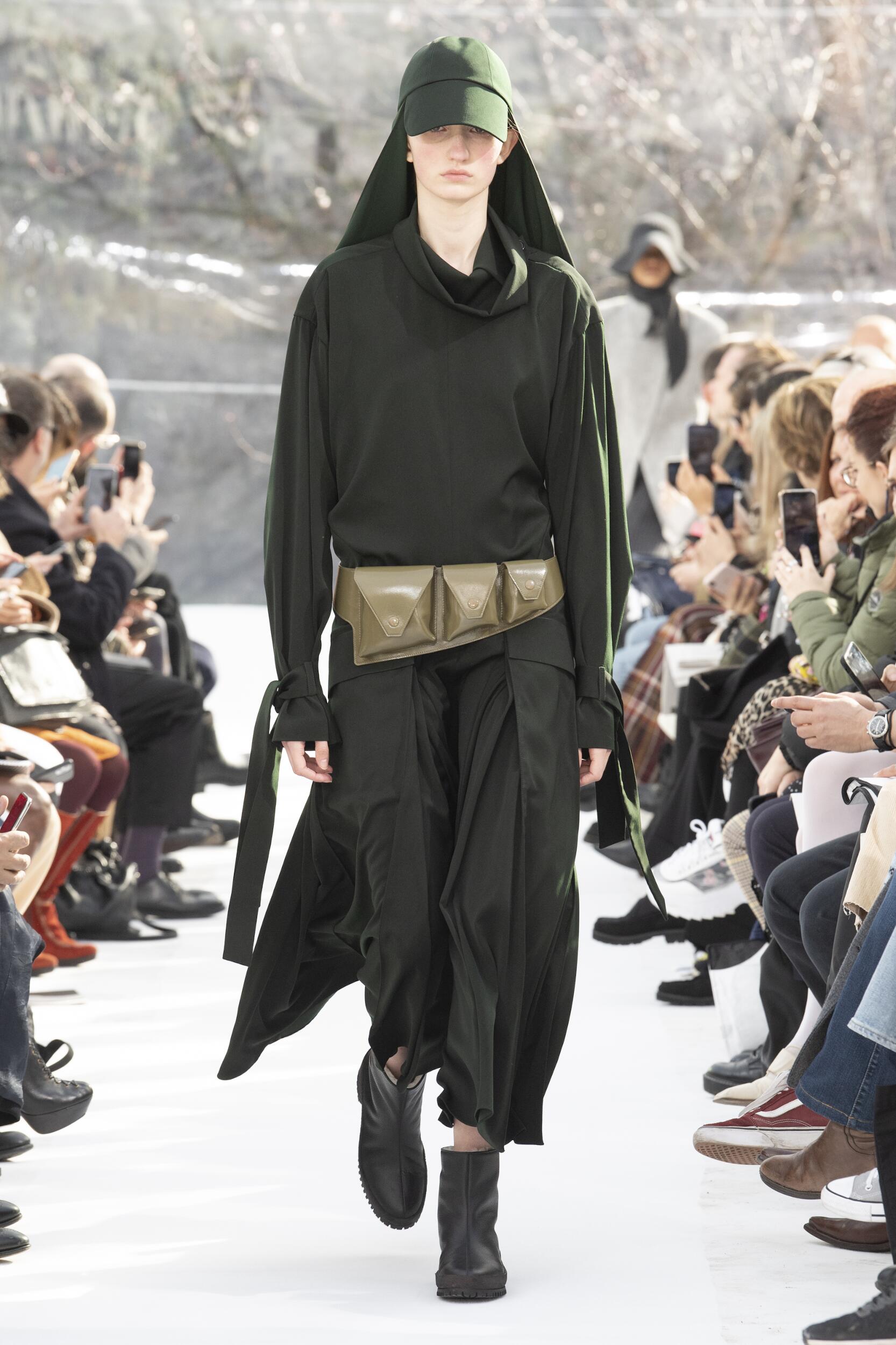 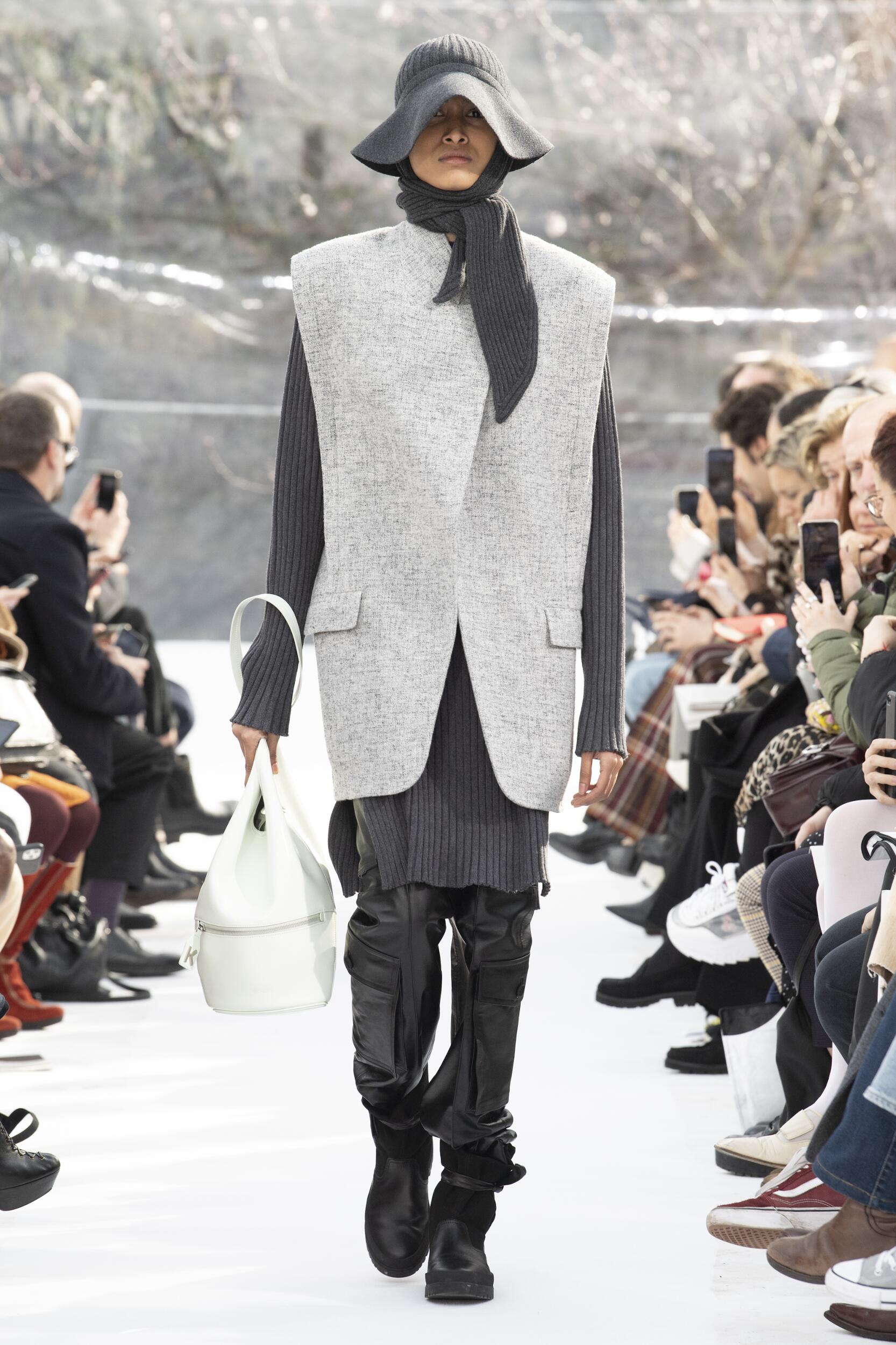 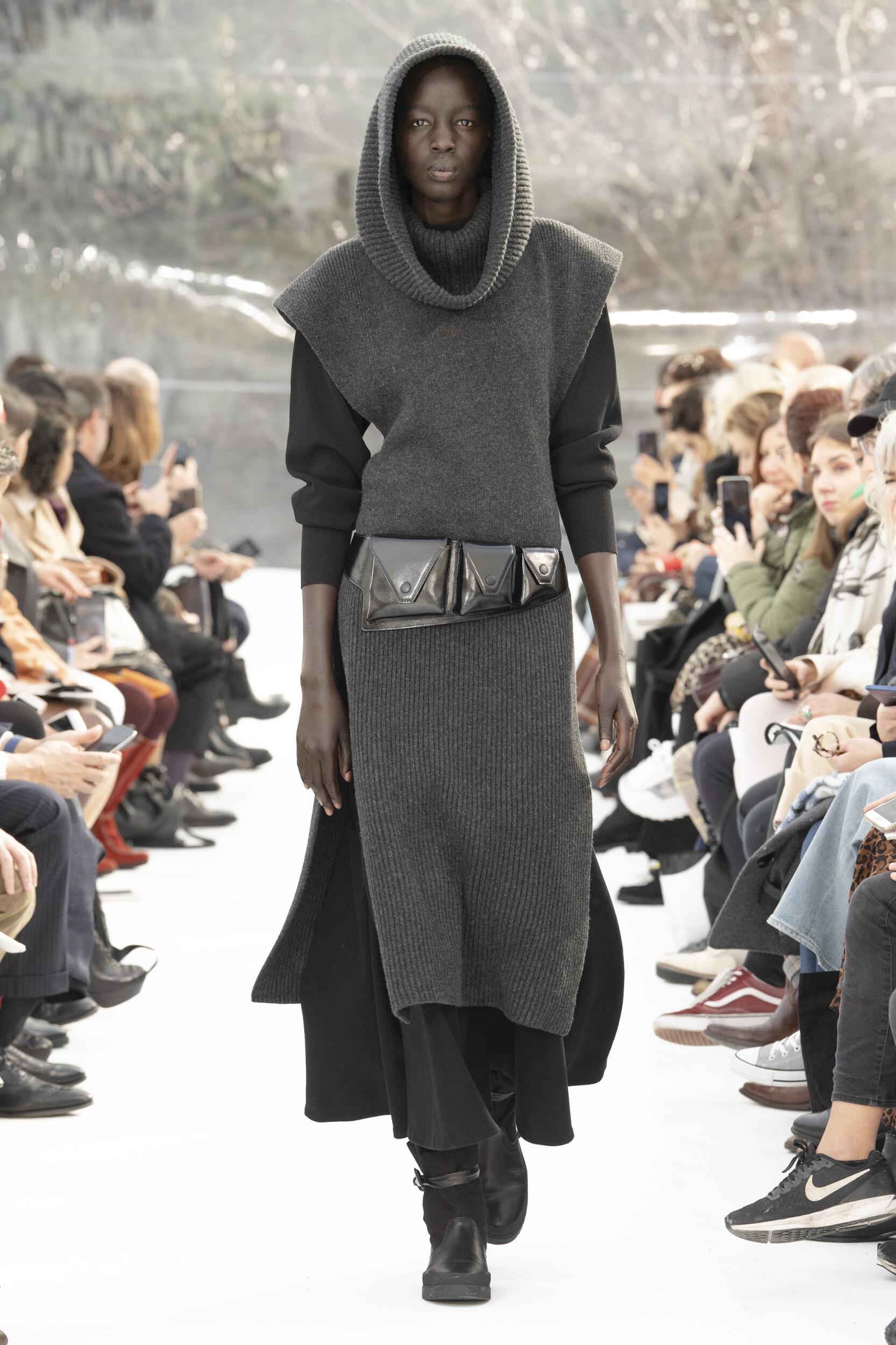 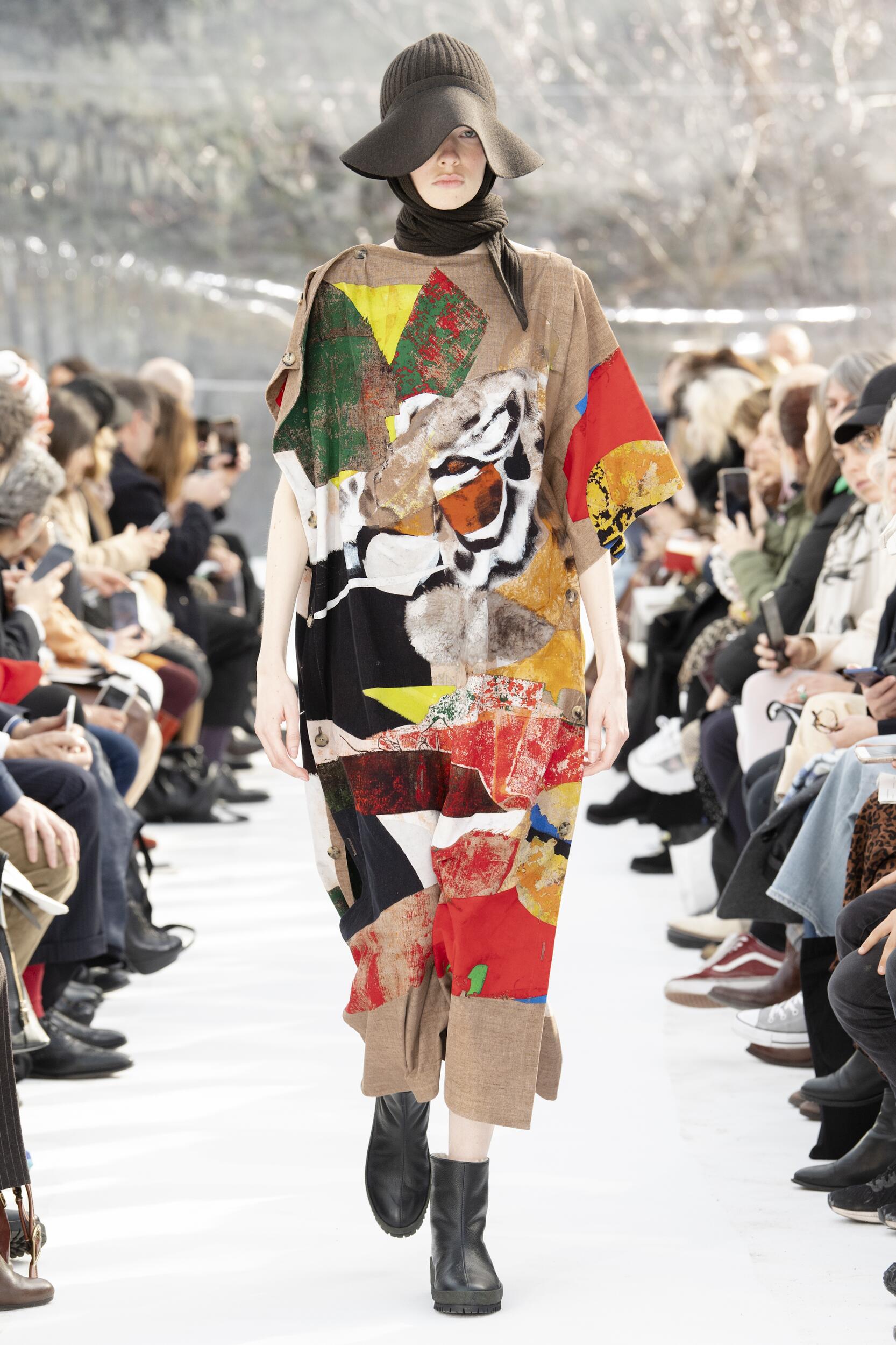 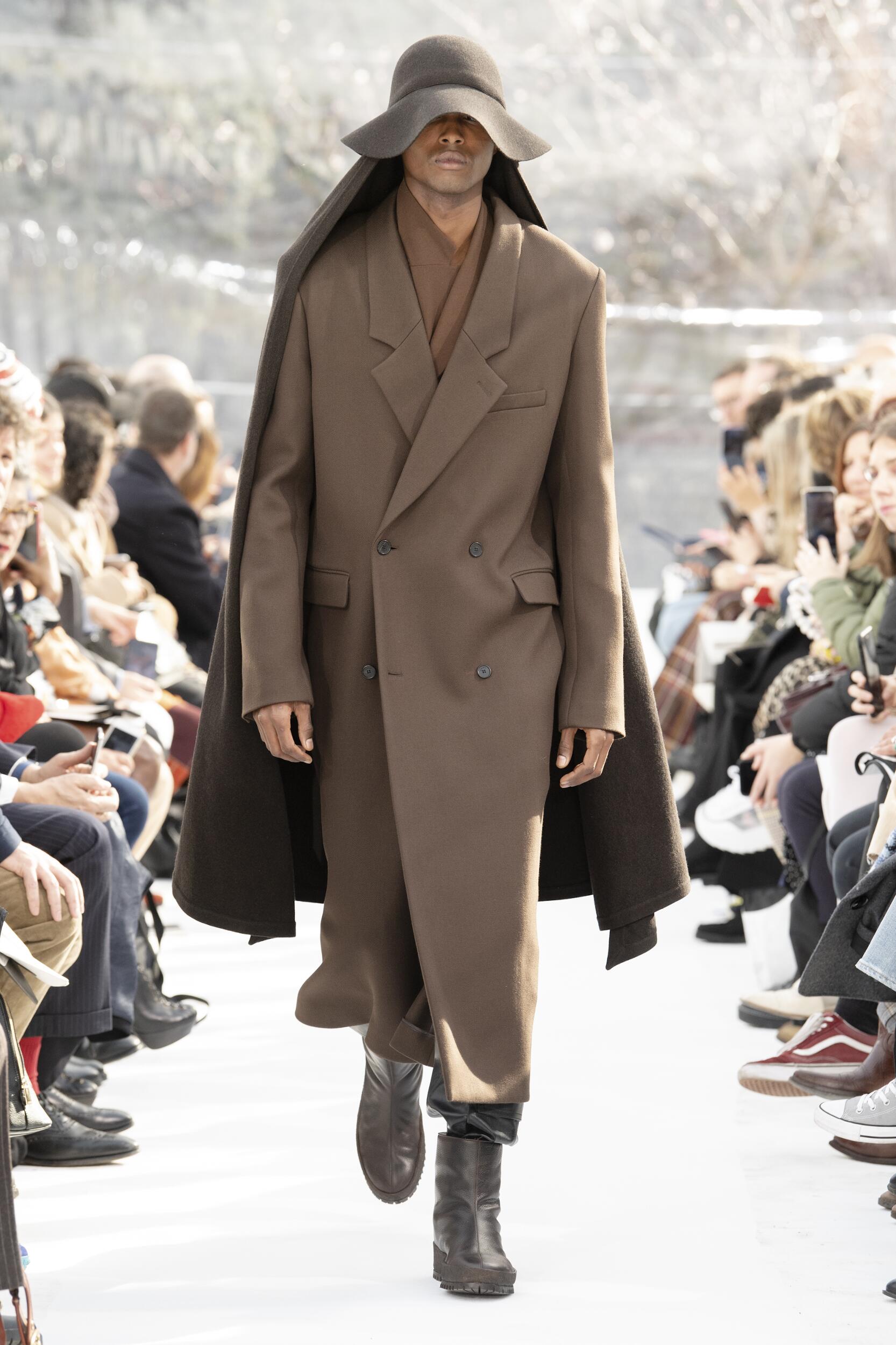